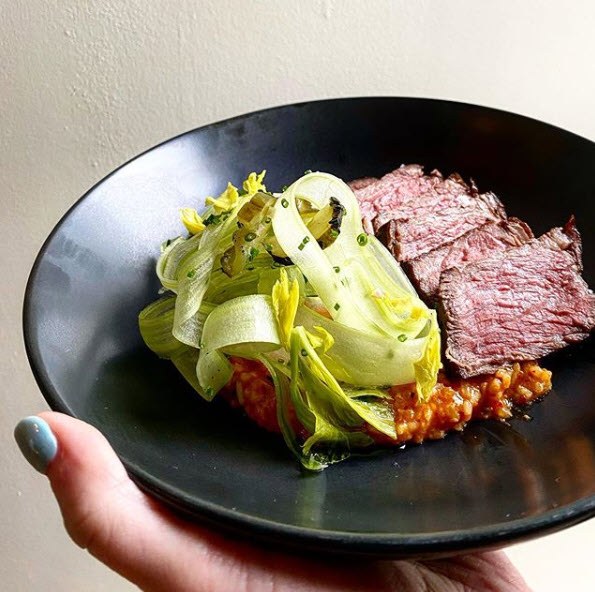 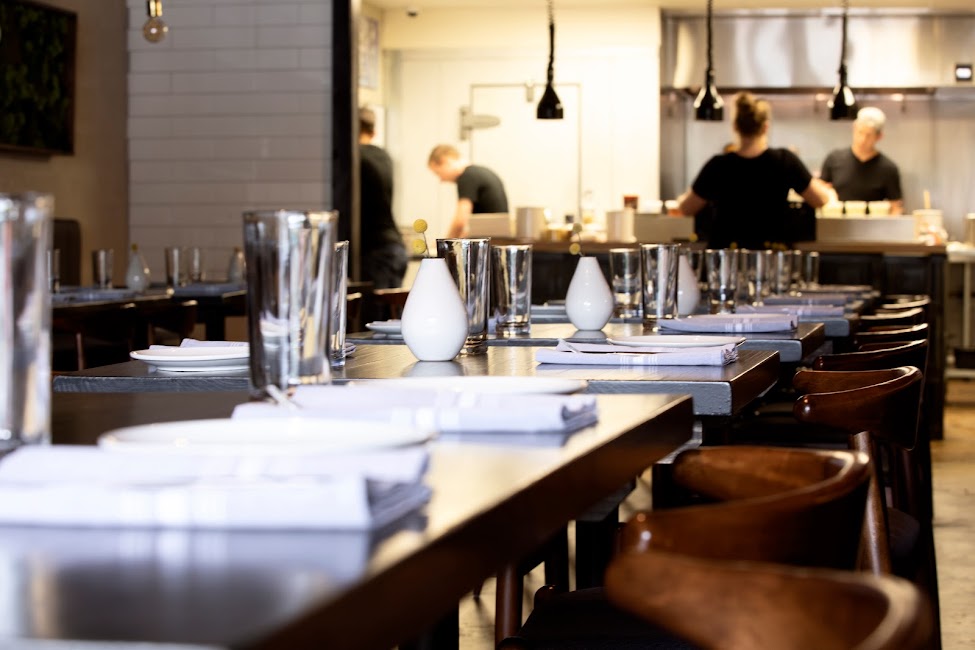 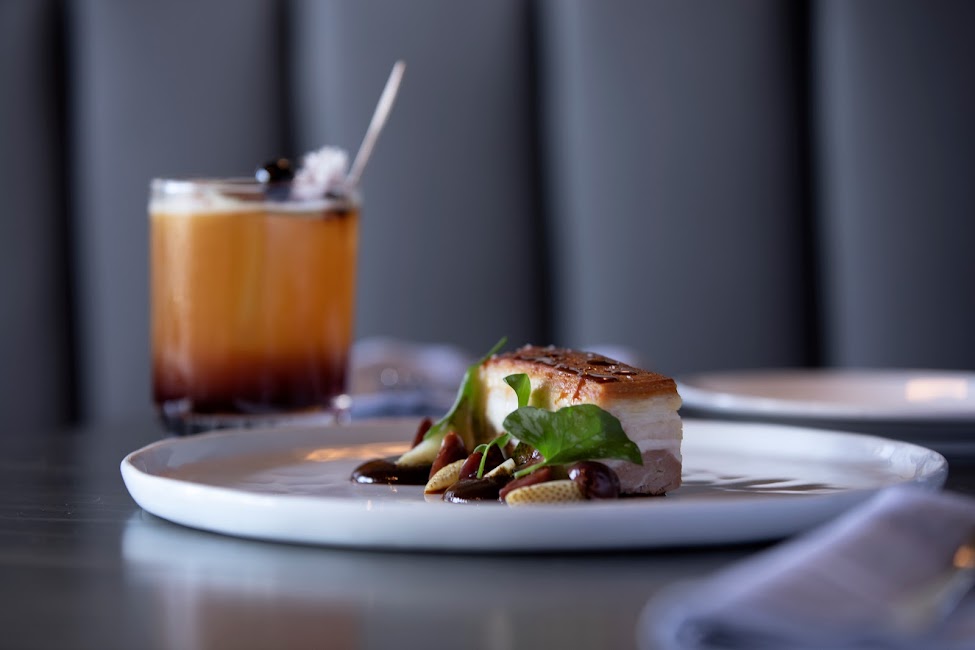 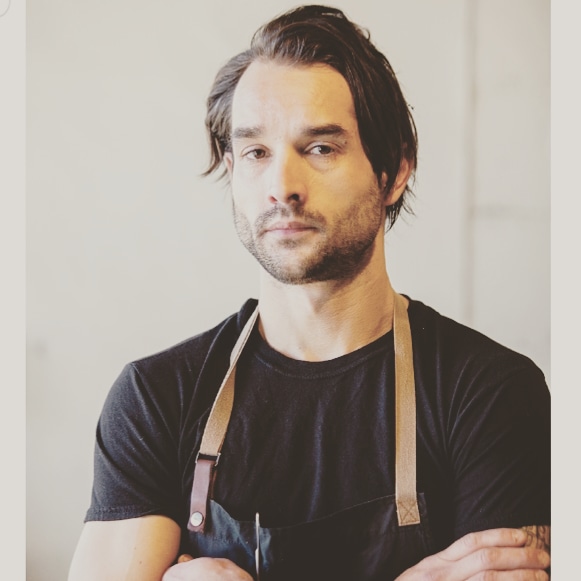 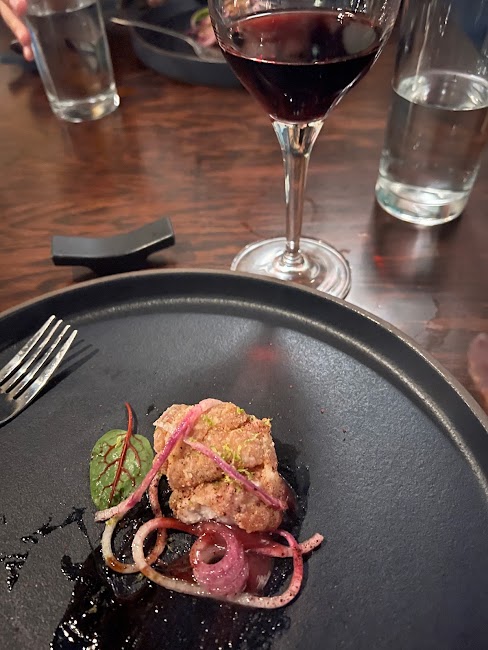 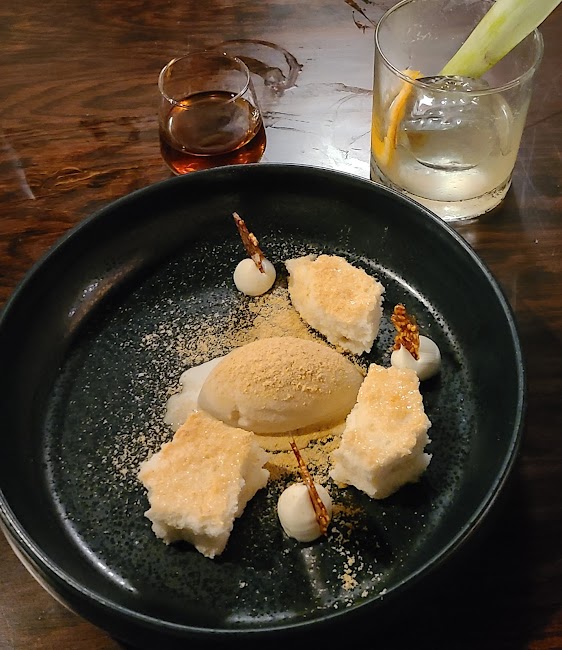 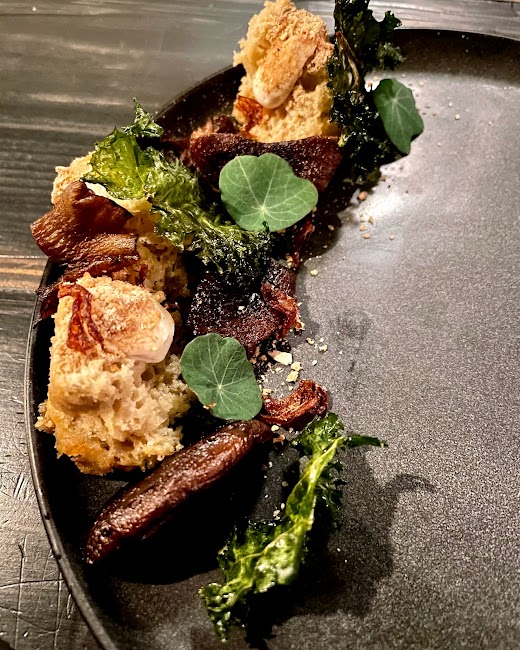 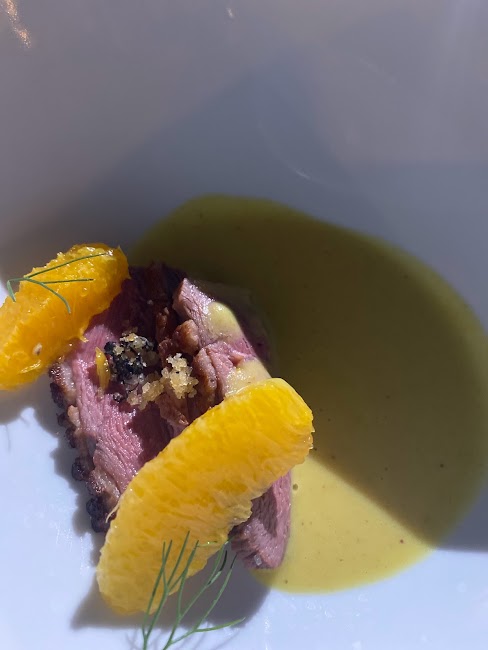 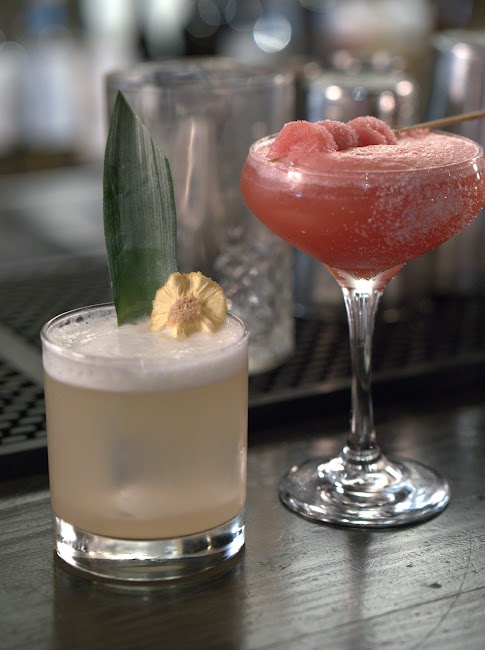 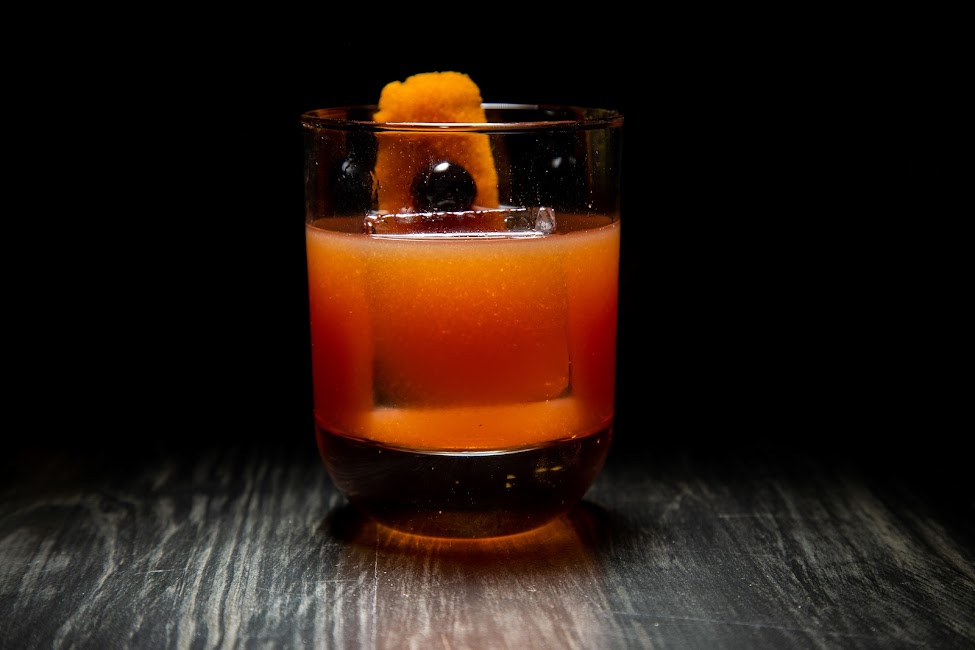 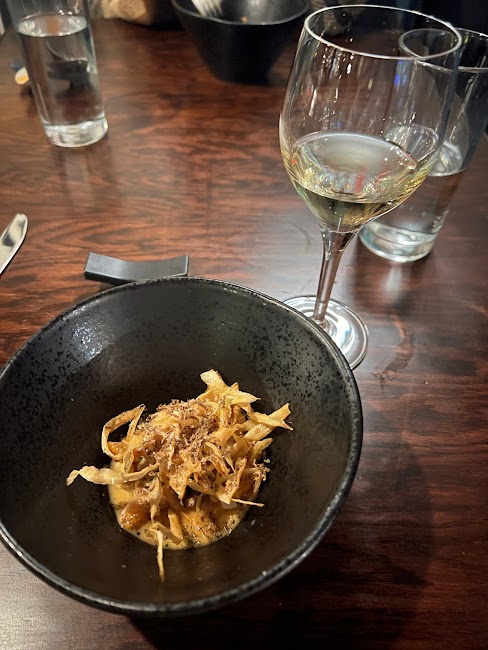 This intimate restaurant features delicious cocktails and unique food options. Meant to be shared, or not, the food is prepared in an open kitchen at the back of the restaurant. Sit where you can see the action and be prepared for a memorable meal.

This place is incredible. The food is amazing, the drink pairings are perfect, and the wait staff is exceptional. We did the seven course tasting, and we will definitely be back for the twelve.

Im so behind reviewing my birthday dinner at Bardo last month! I came in with my parents for a 7 course dinner and LOVED my experience. My parents arent well versed in the food scene so they didnt understand why it was so expensive but, keep in mind, youre also paying for the experience thats outlined on their website! The Good: I mean, the food. Its incredible. Each course, a tasting menu experience, is only a couple of bites. You dont get a menu and dont get to pick what you want but you CAN specify foods to omit when you make reservations. I dont eat veal so they subbed the veal course for a vegetarian course that was delicious. I wish I could remember what everything was but I do remember the beef tartare, a farro dish with an egg, hearts of pal m with a strawberry mousseI cant remember everything but I really loved each dish. The dessert course was fantastic- it was a red bean ice cream with a type of cake and mousse-like cheese - incredible (Im so sorry for butchering the descriptions of these courses!!). Service was ON POINT. Our server rattled off the details of each dish with amazing recall and always kept our drinks full. Loved the ambience as well - artsy, intimate, cozy. The Meh: if I had to dissect one thing, I was a bit disappointed in the cocktails I had. I ordered the Bartenders Choice because I love when mixologists get creative and go nuts on cocktails. Our server told us Bardos mixologists were some of the best in Charlotte. For the first drink, I told our server they could do whatever they wanted but I didnt care for sweet cocktails. Well, The cocktail was sweet. It was good, but sweet. Similar thing happened with the next round. I still enjoyed both drinks, as much as I can for sweeter ones, but didnt find them to be particularly inventive. Oh well! The Bad: nothing noted. Again, do keep in mind this is a tasting menu so if you have a huge appetite, you may want to nosh on something beforehand. We were delightfully full after 7 courses but I think we wouldve still been hungry with 5 (I think its the smallest course available). Would love to come back some time to try the full tasting menu!

They tried. We had the pleasure of going to Bardo when they first opened. It was a wonderful gastronomic experience! We were excited to return now that they have converted to a full tasting menu. However, our excitement waned immediately upon arrival. The new street graffiti aesthetic is a far cry from the simple elegance the space previously embodied. It's not that the art on the walls is bad, it just seems so forced - out of place. I actually really enjoyed the music selection. They played several of our favorite songs and several throwbacks I hadn't heard in years. The problem is the music is SO LOUD . Most tasting menu restaurants give you a menu so you know what you are eating. Bardo does not. The servers attempt to explain the menu, but the music is so loud you can't hear them. When we asked the server to repeat herself, she said "WHAT?!" Then I asked if they always keep the music this loud. She responded, "WHAT?!" It was like talking to Lil Jon. "Have you ever considered turning it down so we can hear each other?" To which she just shook her head and walked away. Okay, not a great start, but we'll roll with it . I ordered an old fashioned. The server talked me into trying "Bardo's version of an old fashioned." It was not good. An old fashioned is sweet. This was bitter, closer to a Manhattan than an old fashioned. The first course arrived shortly after. I'd love to tell you what we ate, but they didn't give us a menu and we couldn't hear our server. It was good enough, but not magical. The next dish was good, but a small portion (tasting menu, obviously). I started thinking about how much I would enjoy being somewhere else and eating something else. That is a BAD SIGN . The star of the menu was the jellyfish noodle curry. It was FANTASTIC! It was followed by a fried rice that was the most lack-luster course of the night. It looked unappetizing and tasted like frozen store-bought fried rice with wasabi peas thrown on top. It reminded me of the food people made when they were stoned in a dorm during college. Again, it tasted fine, but it looked and tasted like it cost less than a dollar to make. Finally, dessert: a cream covered cookie. It did not look good or taste good. After the meal came to an end, I couldn't WAIT to leave...but I had to, because our server was off helping other tables. I couldn't get her attention, because the restaurant had filled up since our arrival and now everyone was SHOUTING so they could converse over the music. It was like being at Suite in the Epicentre (anyone remember THAT place?!) I realize this is a long review. I don't mean to come across as harsh, but I had very high hopes for Bardo and was completely let down. They have so many independently cool elements going for them, but when combined they just don't fit. It feels like they are trying so hard, and it just isn't working. If I'm going to spend $300+ on a meal, I want to know what I'm eating and I don't want to have to shout at my date. The whole point is to enjoy the food; the service and ambiance should enhance the food. At Bardo, these elements detract from the food. I can think of a dozen restaurants in Charlotte that are twice as good for half the price. I believe Bardo will survive on the fact that its location is in the trendiest part of town, and it has one of the few tasting menus available nearby. However, until they change the menu AND turn the music down a few notches, I won't be returning to Bardo.

Absolutely phenomenal. You must give this place a shot of you claim to be a foodie! I surprised my S.O. with a fancy night out and we were so lucky to be placed right by the open kitchen. We had so much fun watching the passion flow through the chefs. Everything tasted amazing, drinks are gorgeous! Do yourself a favor and check out Bardo.

This was an amazing experience! The creativity behind each course and each cocktail was unbelievable. The service was great and everyone was so nice and knowledgeable. Keep up the awesome work and thank you for an awesome experience! 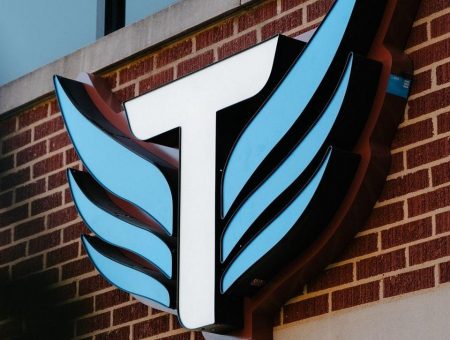 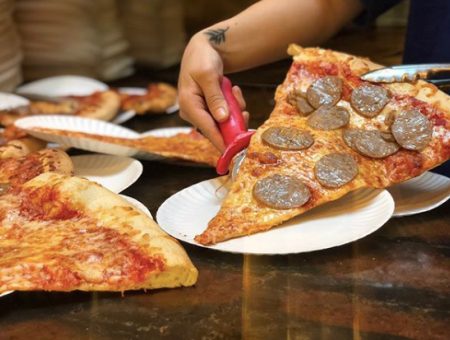 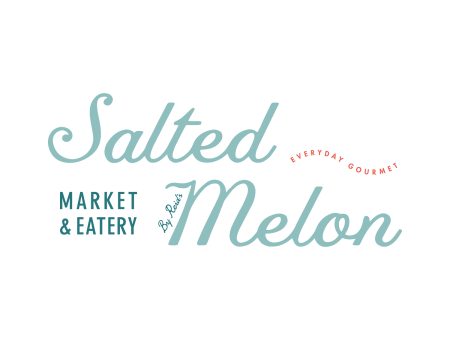 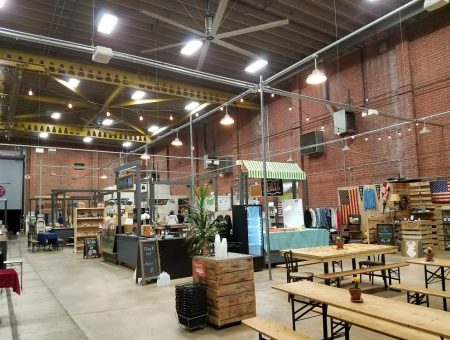