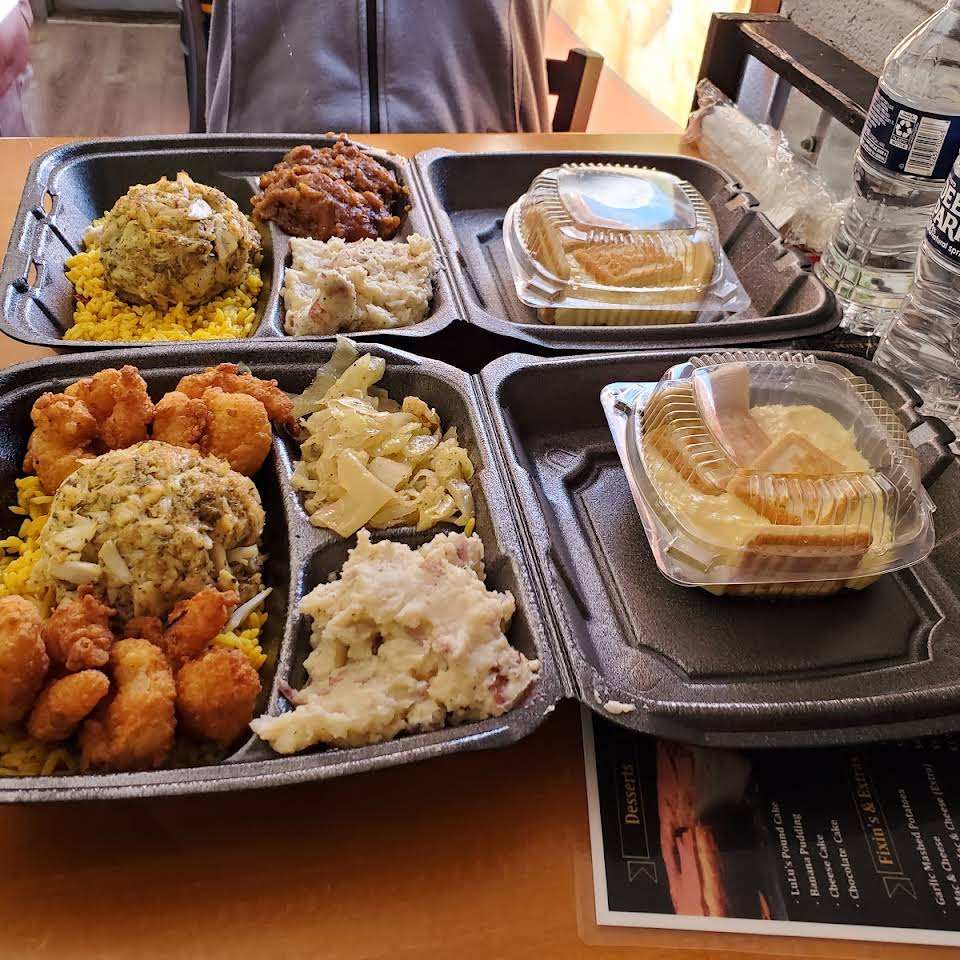 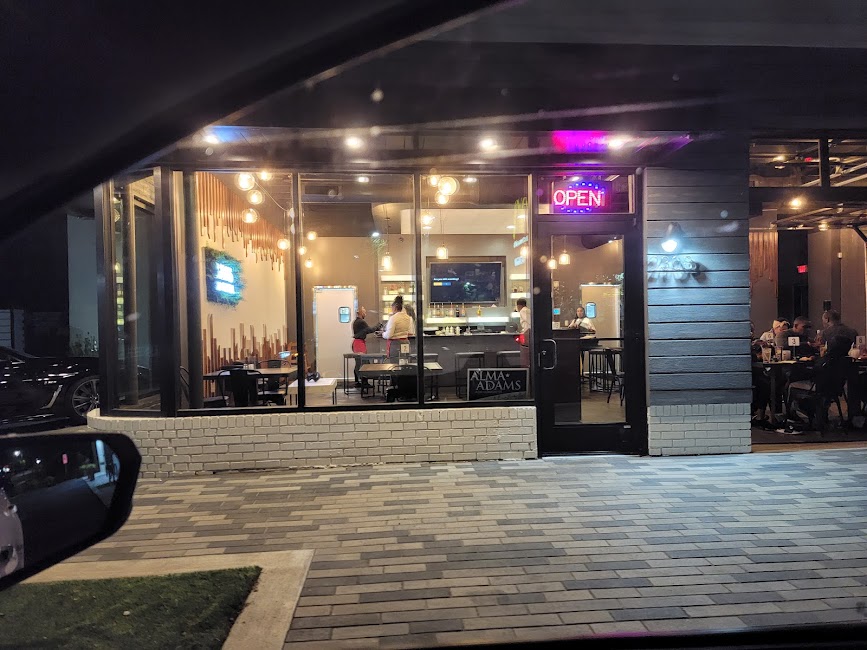 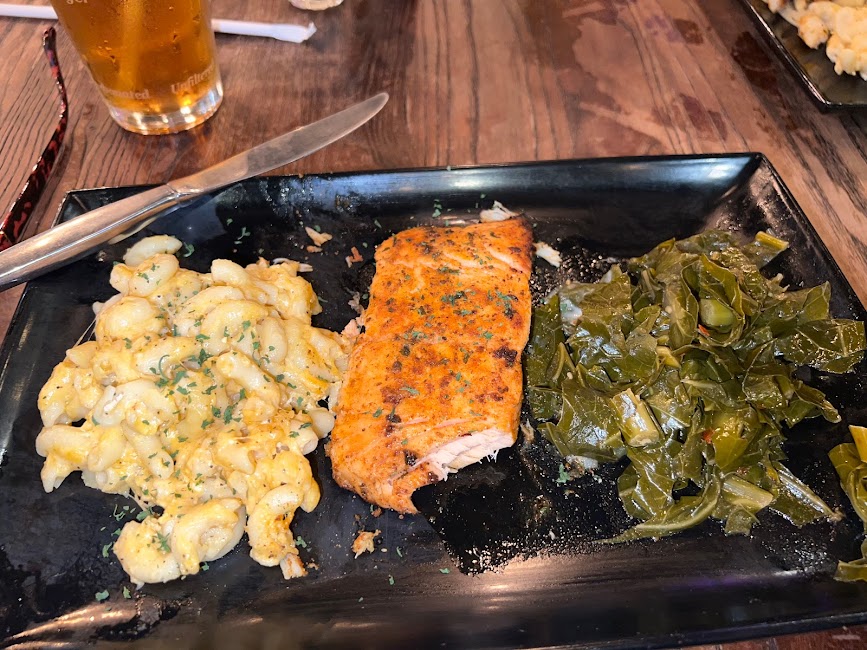 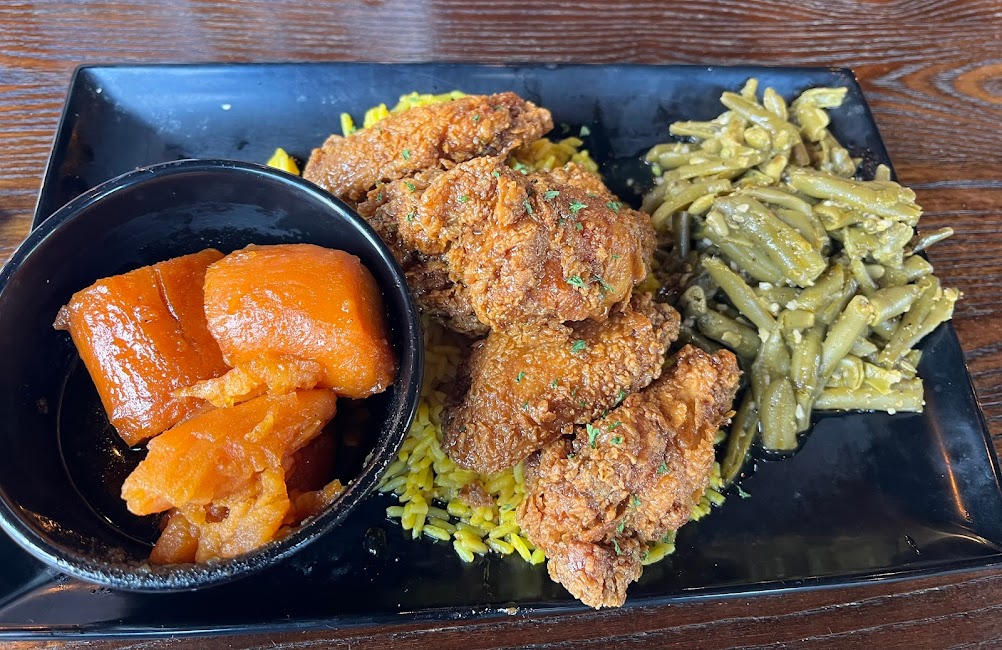 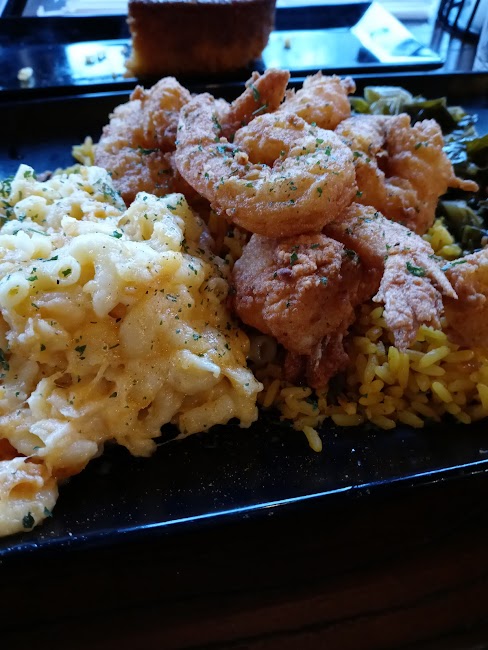 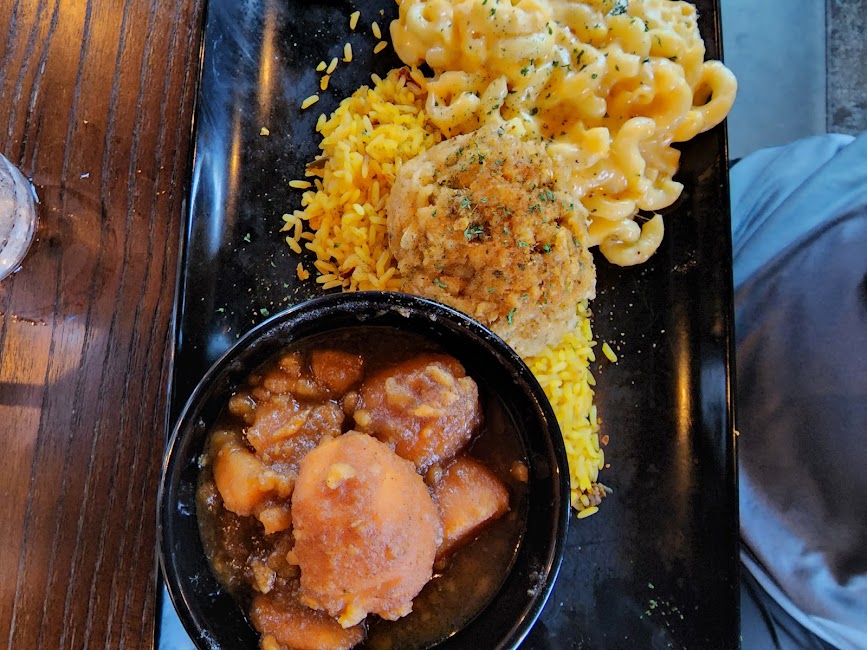 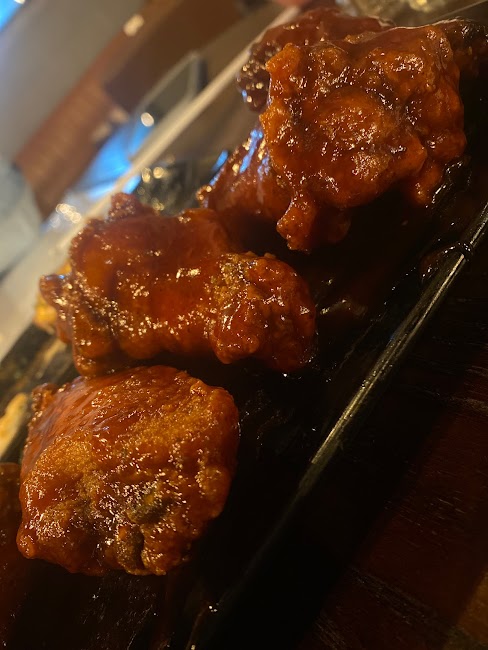 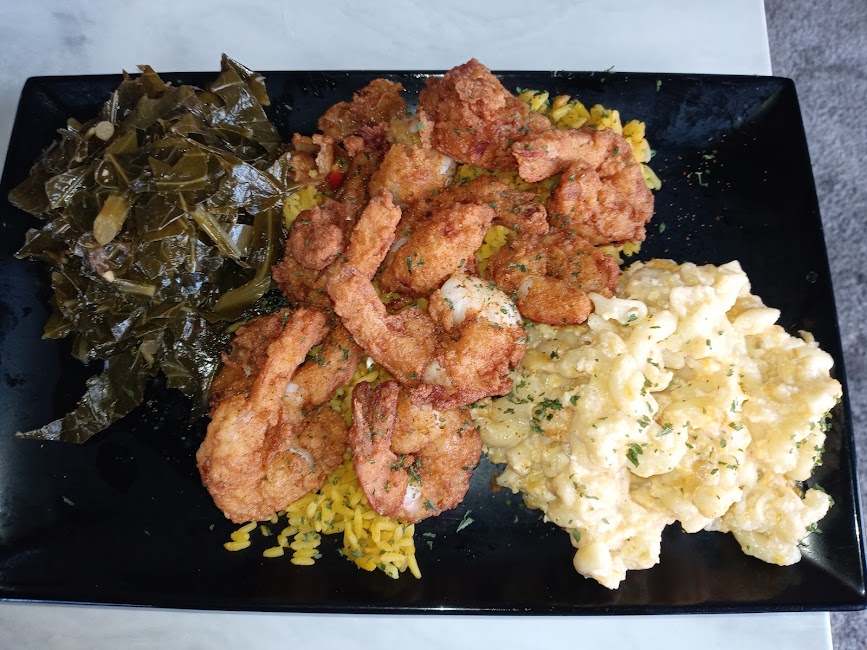 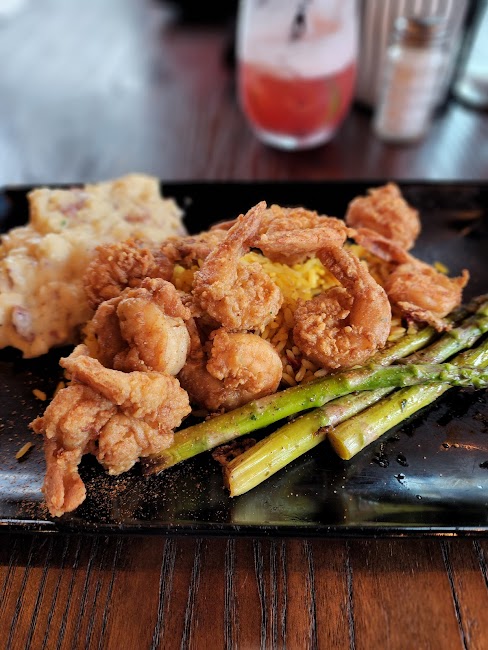 Decided to try this new location for Lulu's during their "soft opening" (takeout only). We were not disappointed! The folks there provided friendly helpful service, and made us feel right at home. The food was fresh and delightfully flavored. I got the blackened salmon on rice, with collard greens and seafood mac. It was all delicious! Some of the best cooked collards I've ever had. Can't wait to go back for dine-in when they do their grand opening on March 17.

Some of the recent comments have me feeling a little cautious. I'm planning to stop by for a takeout order later today. I stopped by this venue for the first time last Saturday, 03-16-22. Parking was a little tight. I almost spent more time waiting for a parking spot than for my order. The menu at this location isn't the exact same as their west side location, but it was fine. I just needed a quick bite to eat. I ordered the shrimp & grits & added crab meat for $6 I believe. There was an issue with the payment machine at the hostess station. The hostess apologized, asked if she could seat a party, & then took my payment closer to the bar. I hate that I didn't look at my phone when I placed my order. I honestly don't think it was 10 minutes from when my order was placed to when it was available. A different young lady gave me the order and she was pleasant as well. I'm a Bmore girl & I go out of my way to support Black businesses. My favorite grits to buy are at a diner downtown I won't name. These grits were just as good if not better. I was pleasantly surprised as I think I'd ordered everything but grits at the other location. The sauce, crab, & shrimp were so good! Tempted to get it again though I want to try the egg rolls. I didn't notice desserts on the menu at this location. I have a baking service & would love to collaborate if you're interested. Otherwise, keep up the good work, especially in this pandemic. Update: I stopped by on Sunday, 04-24-22. Actually, I called first to place a take out order. The phone just rang and then I heard a recording saying the voice mail was full. I was greeted 2 minutes after I entered. The guy was pleasant; he said something about my Ravens mask, & mentioned the Raiders. He told me I could go by the bar & the young lady would take my order. After sitting for 5 minutes, I asked if I'd be able to place a to go order. She said yes and she'd be right with me. Took my order about 5 minutes later. My order was ready 20 minutes later. I ordered the crab egg rolls & a side of grits. The egg rolls are literally crab meat in an egg roll wrap. I thought it would've had some kind of sauce, even if it was just melted butter w/Old Bay in it. The grits were a little salty, but I think I'm comparing it to what I had last week. Everything was close to perfect last Saturday, both food and service. Not so much Sunday.

EXCELLENT, EXCELLENT, EXCELLENT!!!!! I ordered the crab cake and shrimp dinner and everything was seasoned to perfection. I'm not a big fan of sweet collard greens, but I enjoyed them. They weren't too sweet. The service was great as well. The only draw back with my experience was the parking. This place was packed and appears to be popular spot for great food, but the parking lot doesn't allow for as many customers that come to enjoy a great meal. I will definitely be back the next time that I'm in Charlotte!!!

Enjoyed the sunshine and "Lulu's Maryland Style Chicken and Seafood's" new location on Central Ave w.my friend girl. Everything was tasty, the warm honey drizzled croissant rolls set the tone, the shrimp were fried to perfection and their famous crab cake was all lump crabmeat and little breading. All dinners are served w.yellow rice and come w.two sides. Now the collard greens were a little too sweet for me but the rice helped to tone down the sweetness. Overall it was a nice experience but on the pricey side. The restaurant is modern yet w.a minimalist decor, service was fast and the wait staff was very friendly and attentive.

We were so excited to try this place and couldn't wait to get there! Everything was wonderful until my food arrived. As you can see they thought it was a good idea to serve me burnt food. They did make it right by bringing me another one. However, I was just taken by surprise that they would even bring that to the table. 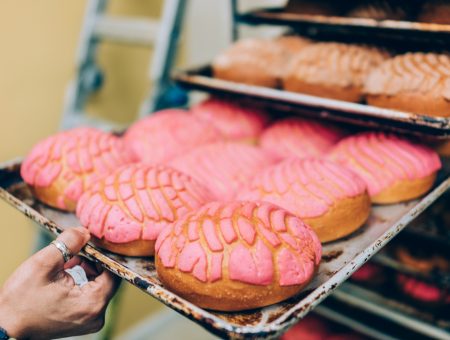 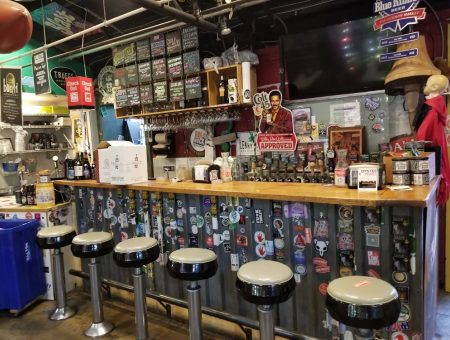 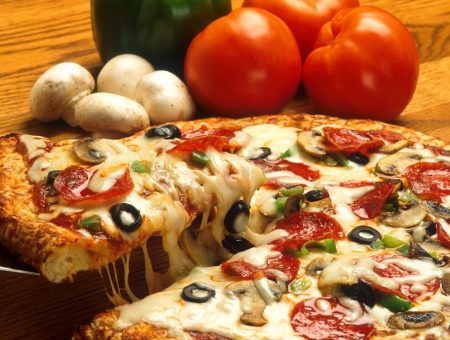 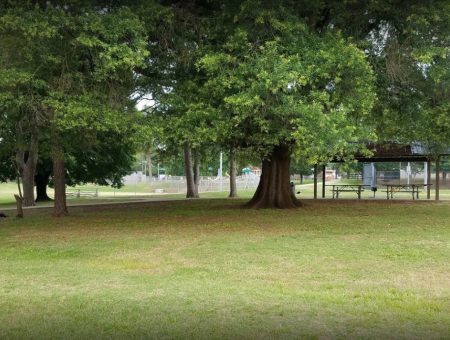