How to Celebrate Charlotte Pride 2020

Pride may look a little different this year, but there are still plenty of ways to celebrate the community. 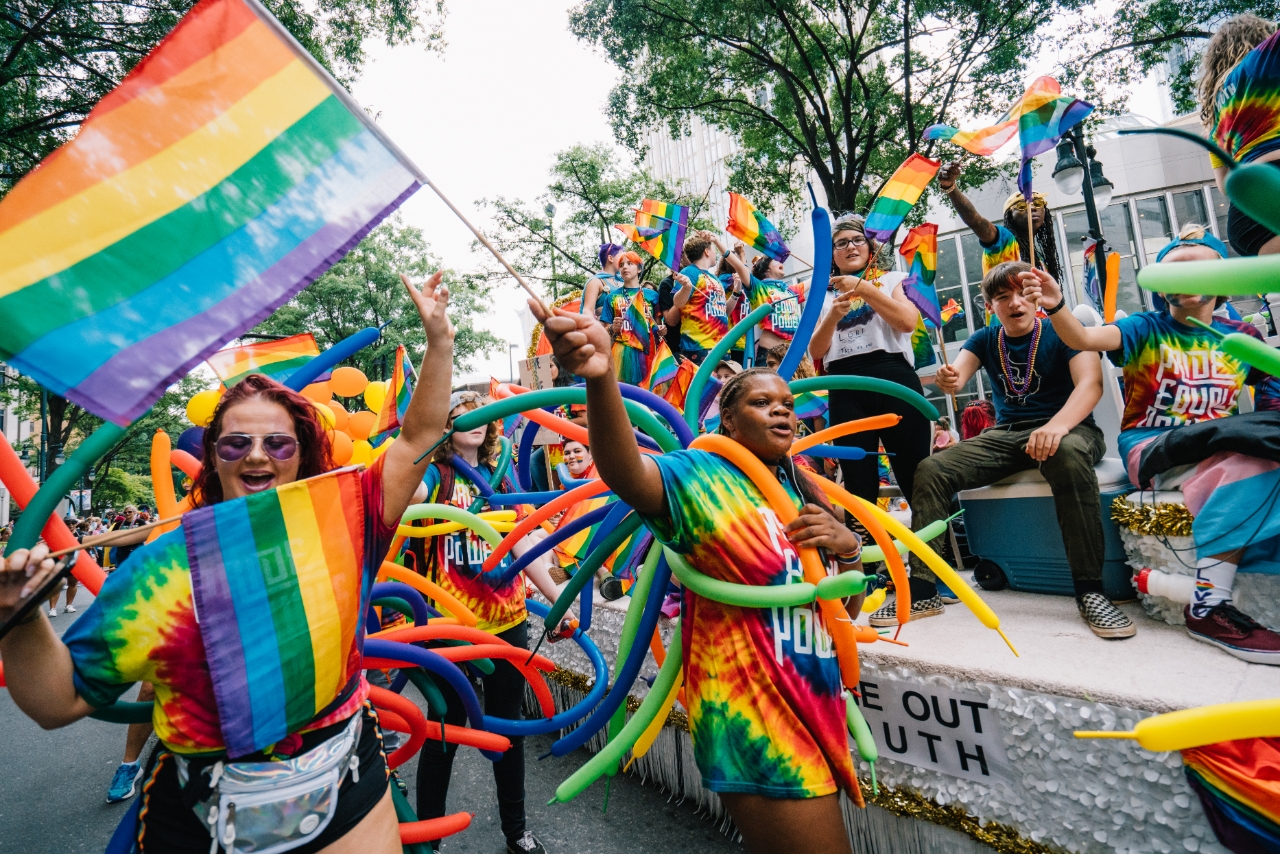 Uptown streets might be a bit less colorful this year with the Charlotte Pride Festival and Parade going virtual, but, as Ms. Barbra Streisand would say, “Don’t rain on my parade.” For one, there will still be a parade – sort of.

Instead of the elaborate, miles-long parade snaking through Uptown, this year, festival organizers are presenting a virtual parade with user-submitted videos and color commentary from two emcees. “In the past, our emcees have been wickedly funny, so I think we’ll see some of the same things this year,” said Matt Comer, communications director of Charlotte Pride.

Comer encouraged parade participants to dress up in fierce outfits, film it and submit videos by July 26 to be featured in a parade livestream on Aug. 2.

But, of course, Charlotte Pride has become much more than a single parade. The celebration has evolved into programming throughout the week. This year is no different. Here are a few highlights to the Charlotte Pride 2020 Virtual Celebration.

This is the only in-person event offered this year, and it’s for a reason, Comer said. “If people weren’t able to go out and buy pride gear during other parts of the year because of the pandemic, we want to give people that opportunity,” he said. Purchases of all Pride goodies and accouterments benefit Charlotte Pride. Just don’t forget your mask!

One of the biggest draws of the annual street festival is the rows of community and vendor booths that line Uptown. It’s difficult to replicate that virtually, but Comer said this is an innovative way to connect festivalgoers with businesses and organizations that support Charlotte Pride. From July 24 through Aug. 2, Charlotte Pride will feature a map of scavenger hunt sites, such as the Visitor Info Center on S. Tryon in Uptown or Time Out Youth Center, (spots that sponsor or support the festival) that festivalgoers can visit in person (with masks, of course). Each space will have a small token or gift to collect upon arrival. “It’s a way to visit with nonprofits or businesses that they would have otherwise visited with at the festival – but to do it in an incredibly safe way,” Comer said. As an added bonus, Comer said there will be prizes along the way for certain milestones (e.g. visiting the most scavenger hunt sites). 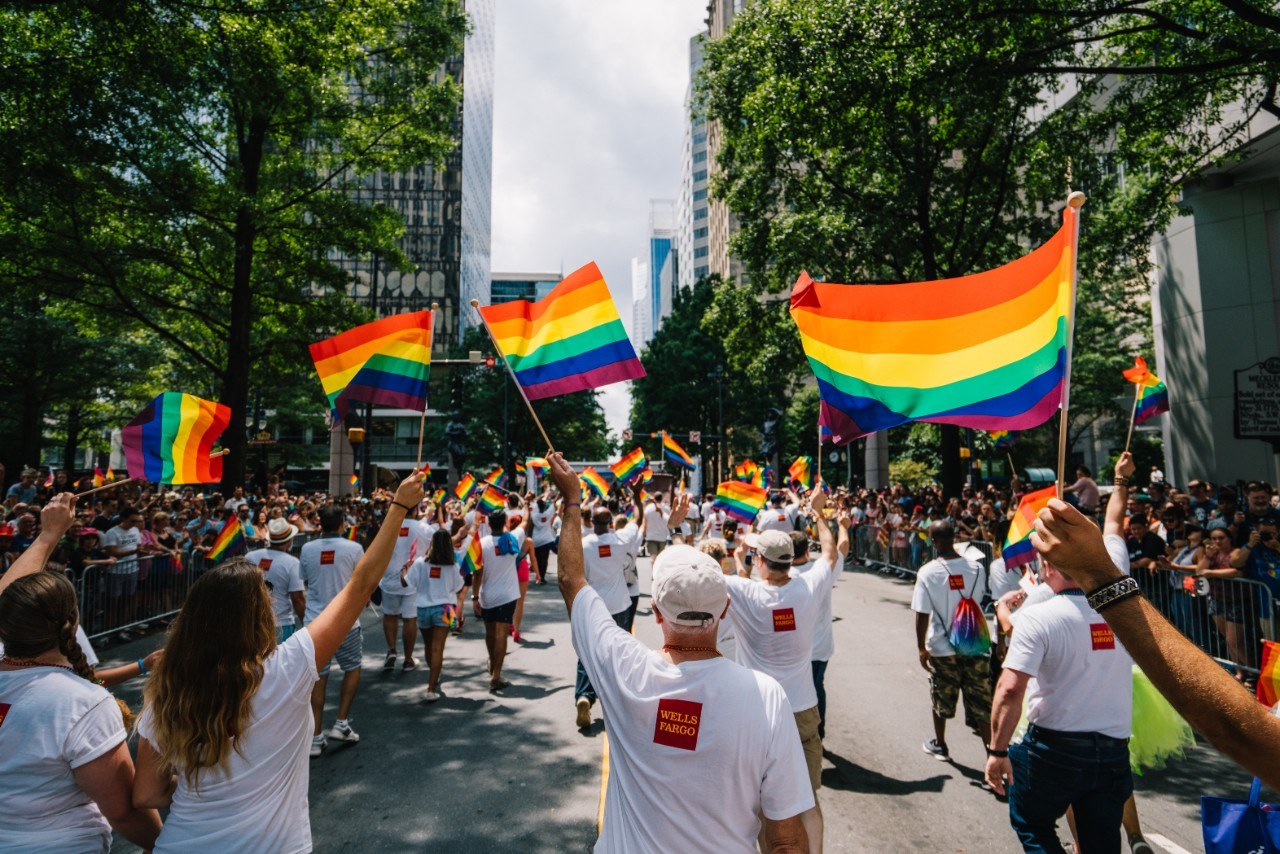 This yearly event brings together people of all religions with speakers from multiple houses of worship. The theme for this service is “RISE,” where Charlotte faith leaders will talk about the collaborative relationship between religious communities and the LGBTQ+ community. St. Luke’s Missionary Baptist Church hosts this event, and you can RSVP on Facebook here.

During these three nights, Charlotte Pride organizers bring together three underrepresented groups for a series of virtual educational events.

While we can’t celebrate in person this year, Comer said Charlotte Pride will offer an eight-hour livestream on the same day the in-person festival would have been. In some ways, he said, the virtual celebration has some advantages. The festival, always in the thick of summer, is usually stiflingly hot and may prevent either elderly or much younger participants from joining. Not this year. “We’re going to be able to bring all that right into the comfort of people’s living rooms,” Comer said. The livestream, just like the in-person festival would, will feature speakers, entertainers, spotlights and more. The livestream, Comer said, will have an intentional focus on Black Lives Matter, queer and other trans voices that have typically been underrepresented in Pride celebrations. It will also have a heavy focus on fundraising for unemployed or underemployed queer people through the Charlotte Pride COVID-19 relief fund.

“Open your laptops and cheer on this virtual parade. Dress up as you normally would and get in the spirit,” Comer said. “The parade happens at the same time that it normally would in Uptown, so people can still feel connected and that they’re celebrating the event.”

So while you might not be able to dance in the streets this year with your queer brothers and sisters, the celebrations are still very much going. After all, Pride isn’t about a single day; it’s a perpetual celebration. Happy Pride, Charlotte. 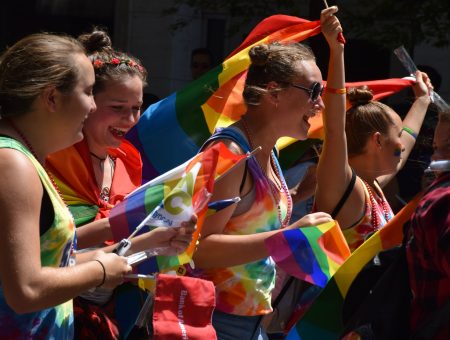 Things to Do
LGBTQ Guide to Charlotte 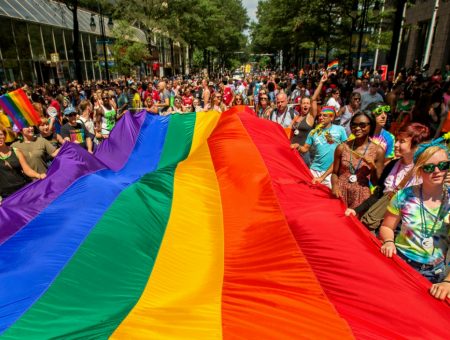 Things to Do
5 Ways to Tap into the LGBTQ+ Community 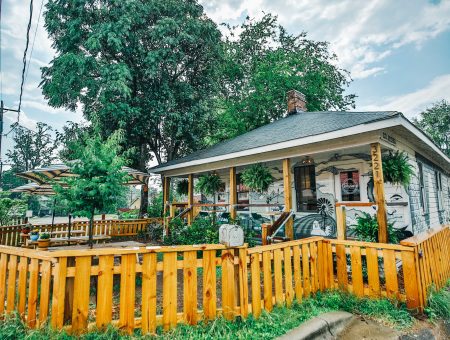 Things to Do
How to Celebrate LGBTQ Charlotte Outside of Pride 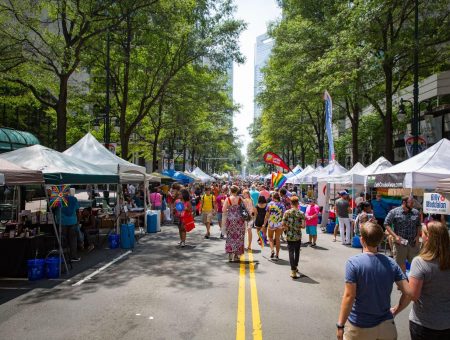 Things to Do
Charlotte Pride 2019: A Guide For What to Do in August