60 Ways to Go Out in Charlotte

The Queen City’s got a lot going on after the sun goes down.

Not sure how to breach the Queen City’s social circuit? Start by exploring the city and its neighborhoods through these lively bars and venues.

Due to the ongoing COVID-19 pandemic, bars and clubs have had to make changes to their normal business operations. Please check with each business individually to learn about business hours and mask mandates. 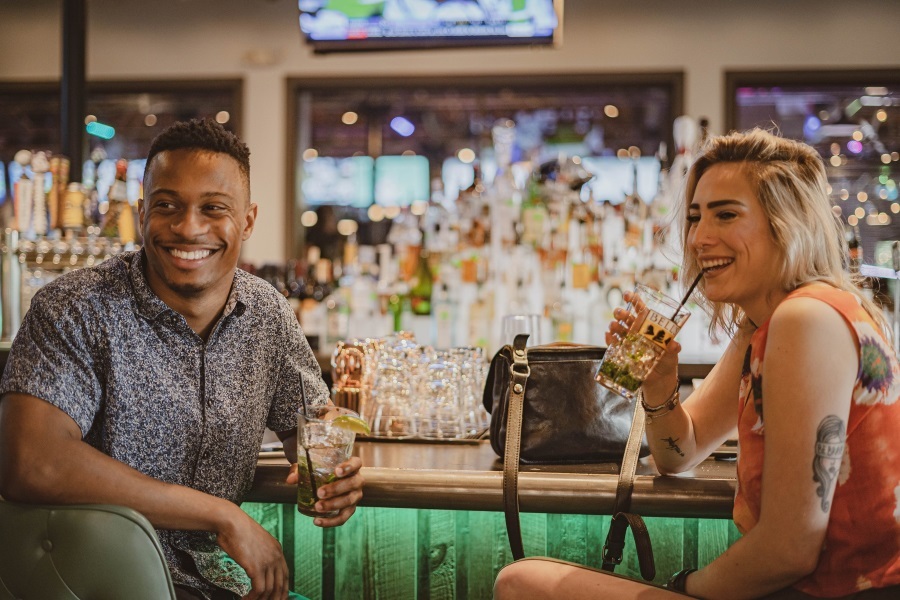 1. Knock down strikes, dominate the shuffleboard court and hang with friends as the sun goes down at Queen Park Social in LoSo (Lower South End).

5. Challenge someone to a friendly game at any of Charlotte’s game bars, like ABARI
or Lucky’s Bar & Arcade. 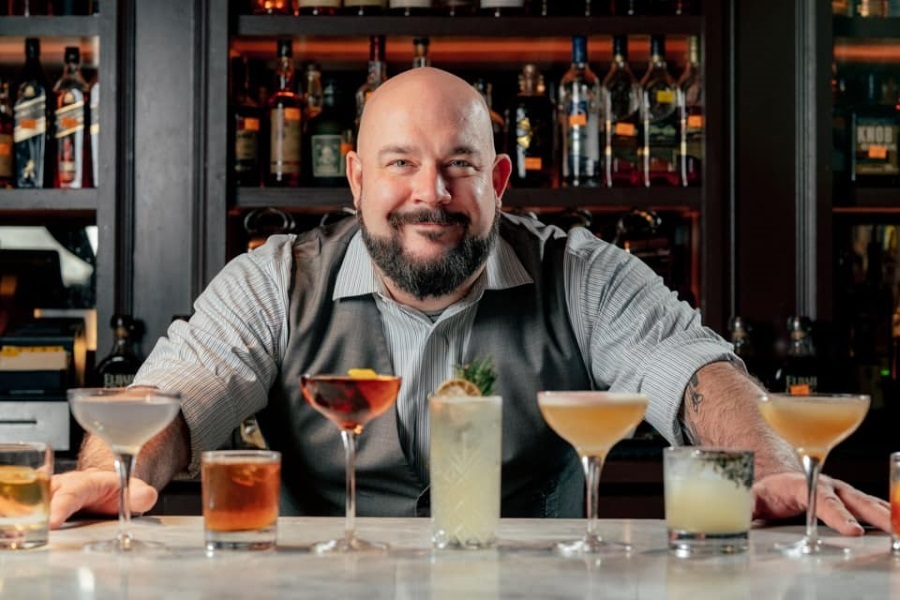 7. Travel back to Prohibition days while indulging in divine cocktails and delicious plates at The Cellar at Duckworth’s. 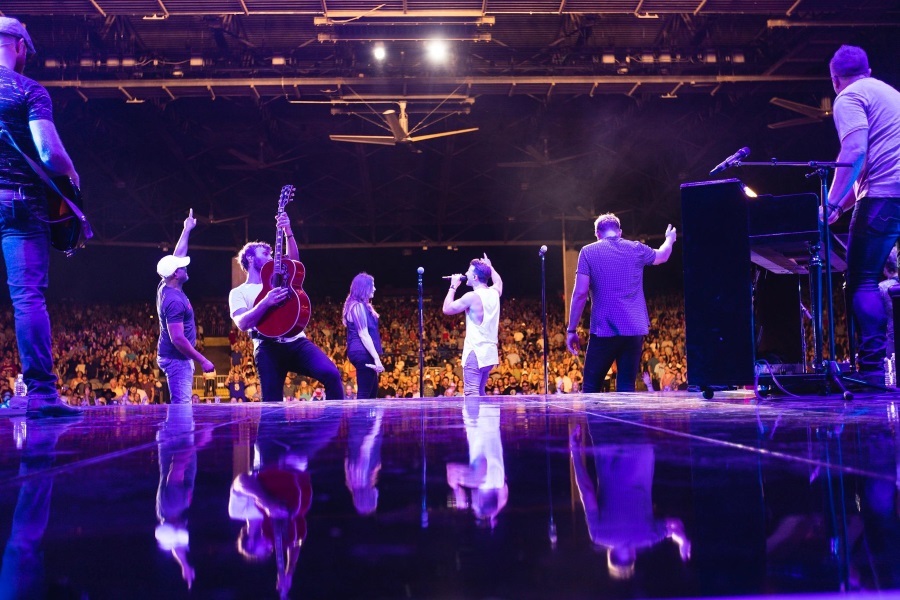 11. See if your favorite band is performing at any of Charlotte’s live music venues. Spots like the PNC Music Pavilion, Blumenthal Performing Arts, Spectrum Center and The Bojangles’ Entertainment Complex (aka “The BOplex with Bojangles’ Coliseum and Ovens Auditorium) offer everything from touring concerts to comedy shows.

12. Relax while rocking out to some of Charlotte’s best cover bands at The Gin Mill.

13. Watch dueling pianists duke it out for weekend or weeknight glory at Epicentre’s Howl at the Moon.

16. Cozy up while touring bands of various genres, spanning country to Ska, perform at The Evening Muse. 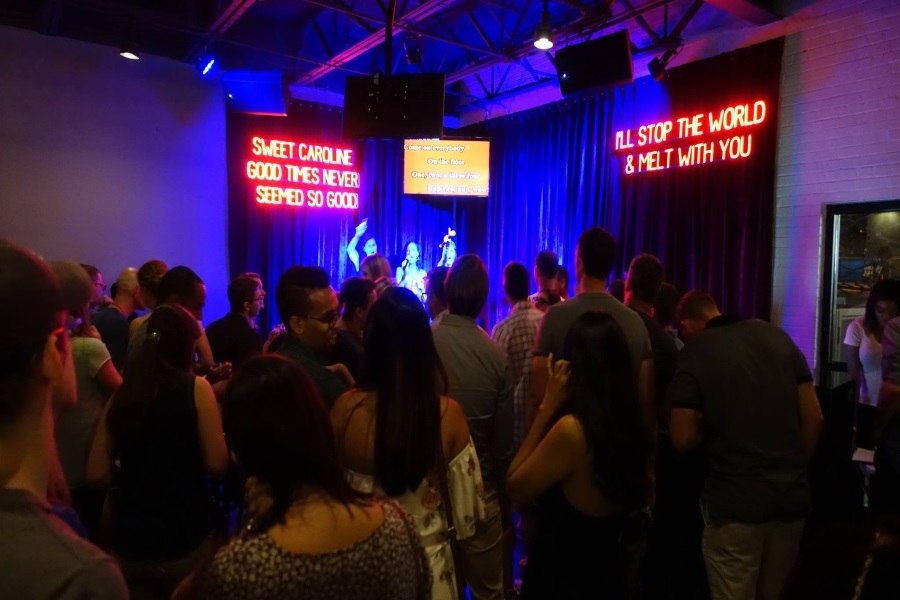 17. Soothe your stage fright with a slice of pizza and a cocktail on tap before reliving your high school playlist at 8.2.0.

18. Order a few local beers for liquid courage and showcase your pipes in front of a crowd at NoDa 101.

19. Grab the mic at Lucky Lou’s Tavern after a game of pool and treat patrons to your “perfectly rehearsed” renditions of golden oldies.

20. Belt out the lyrics to your favorite boy band on stage at Jeff’s Bucket Shop on Montford Drive. 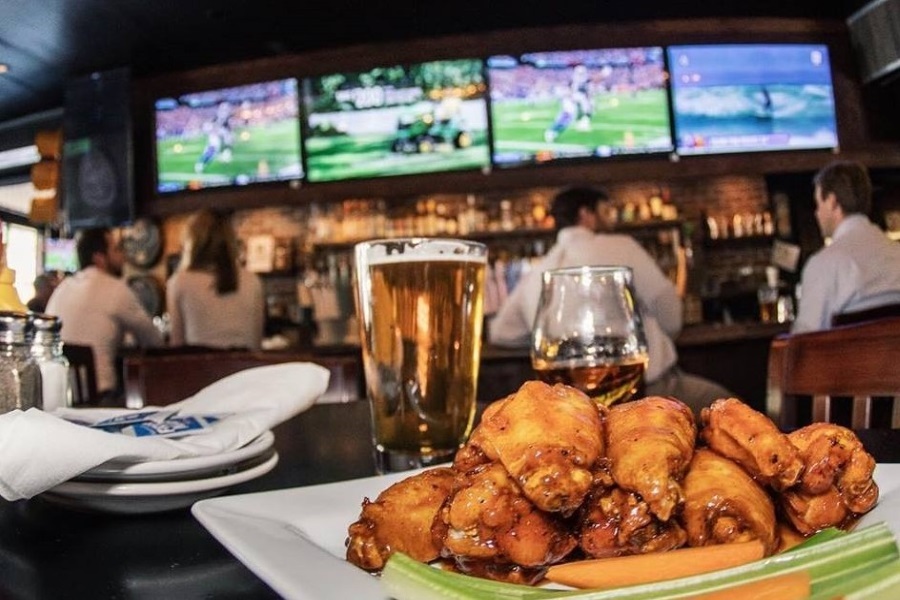 23. Bring quarters for arcade games and your A game for trivia nights at Ed’s Tavern, where the draft beer flows like water.

24. Look for a seat on the sprawling patio at Brazwells Premium Pub—the best spot in the house for sipping suds.

25. Sip frosty pours on the friendly patio at Tavern on the Tracks, situated in the heart of South End.

26. Cozy up to the counter at Brawley’s Beverage and ask the owner for best bets on local brews that span saisons to sours.

27. Order a round of the fan-favorite tater tots and a bucket of chilled beers for an evening spent on the deck at Angry Ale’s.

28. Self-serve your own brews at Hoppin’, which offers drafts in a soda fountain-style setup. 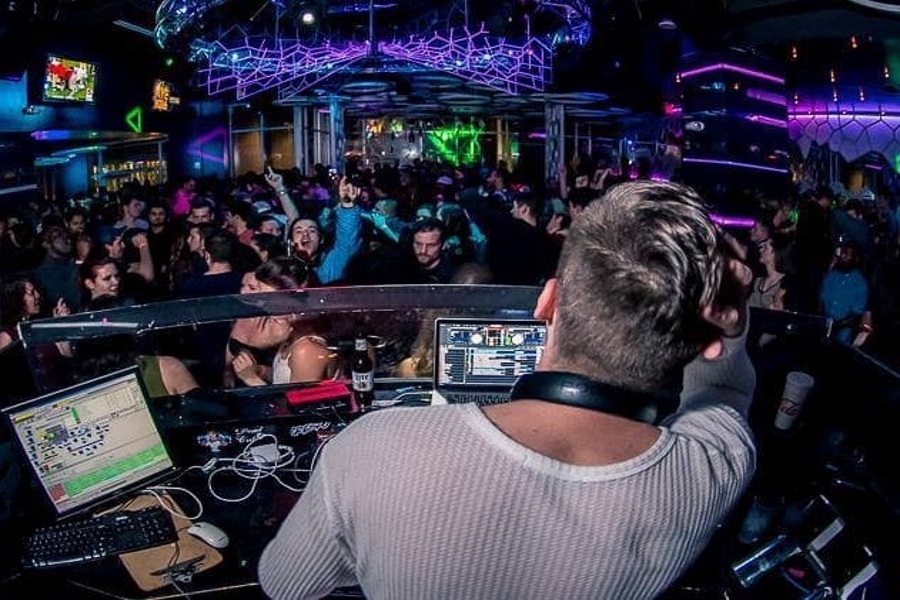 29. Soak up skyline views of the city and show off your fancy footwork at the nightlife favorites in the Epicentre: Suite Charlotte, The Vault or Rooftop 210.

30. Summon signature moves from your 80s and 90s dance routines to reintroduce them at Roxbury Nightclub.

31. Throw on your cowboy boots and brush up on your line dancing skills for an evening spent shuffling to country music at Coyote Joe’s.

32. Enjoy DJs, VIP tables and, most importantly, plentiful square footage for dancing at Club ONE.

33. Salsa to south-of-the-border beats at La Revolucion or groove to your favorite EDM beats at World Nightclub, both located in AvidXchange Music Factory. 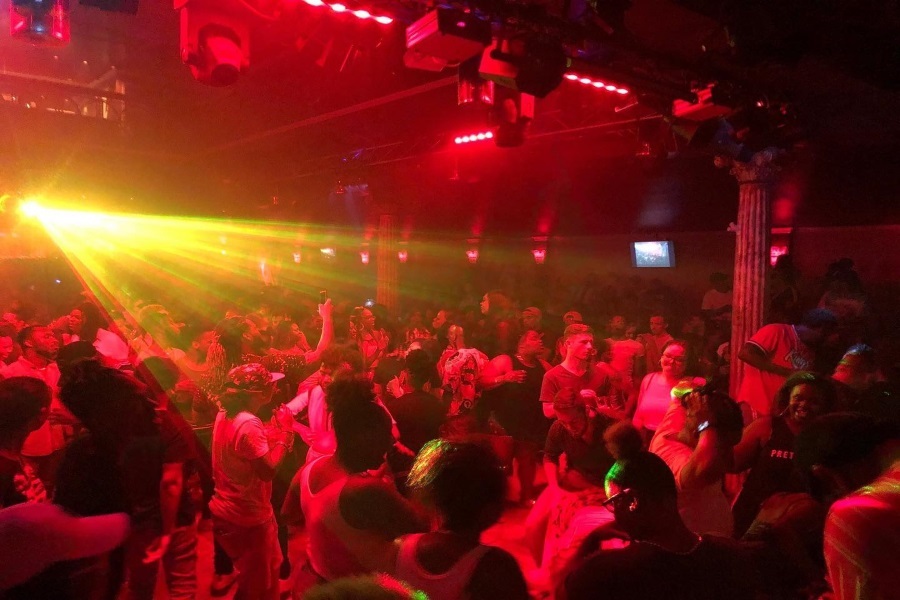 36. Relax on The Bar at 316's beautiful second-floor patio—the perfect place to sip a drink, feel the breeze and chat with friends.

37. Dance along with your favorite music videos on the big screen at Bar Argon, Charlotte’s only gay video lounge and dance bar.

38. Take advantage of affordable drinks, pool tables, an outdoor patio and more at The Woodshed Lounge.

39. Clink a glass of sippable dessert at Crave Dessert Bar before or after your night’s adventures.

40. Toast the end of the daily grind with refreshing cocktails and a plate of Irish nosh on the garden terrace at The Workman’s Friend.

41. Have a nightcap atop the cozy vintage velvet sofas at Sophia’s Lounge, located inside The Ivey’s Hotel.

42. Designed to look like a swanky 19th-century club, the cocktail menu at The Punch Room on the 15th floor of The Ritz-Carlton is a spot you won’t want to miss.

43. Eat (exquisite American fare), drink and be social at Uptown’s Ink n Ivy, which peeks out at Romare Bearden Park.

44. Order your signature drink and enjoy it with top-shelf spirits at The Oak Room in South End.

45. Sip a signature martini and swing to live jazz at The Imperial, which transports patrons from its First Ward perch to the Big Easy. 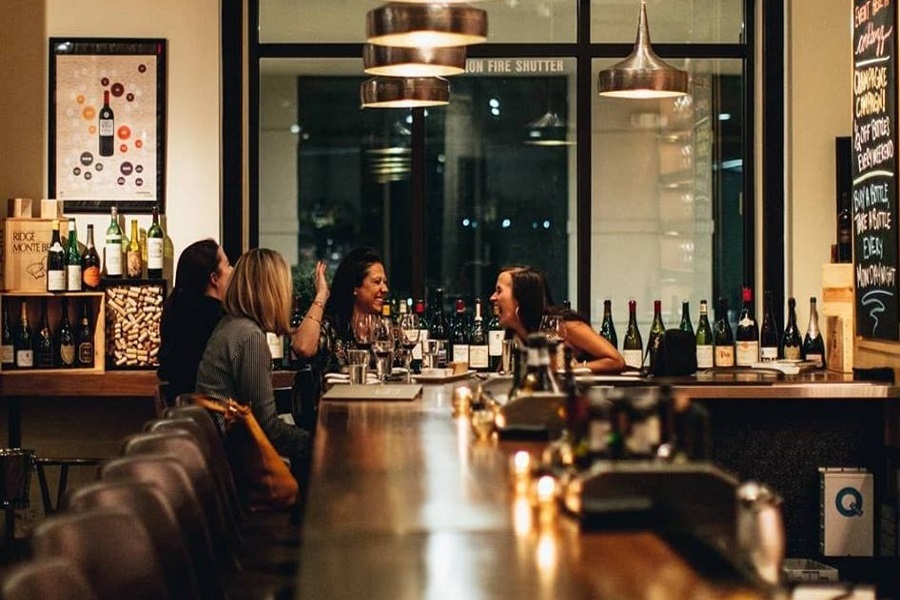 47. Find a cadre of crave-worthy wines at Vin Master in Atherton Mill, Barcelona Wine Bar in South End orThe Bohemian in Plaza Midwood, where you can uncork a bottle and enjoy it with great company.

48. Search a selection of artisanal, small-production and naturally made wines for your next favorite at Foxcroft Wine Co.

49. Try any of the 70 wines by the glass or 100 by the bottle at The Wine Loft, pairing them with tasty tapas.

50. Save and splurge, thanks to weekly wine specials and scrumptious charcuterie boards at Dilworth Tasting Room. 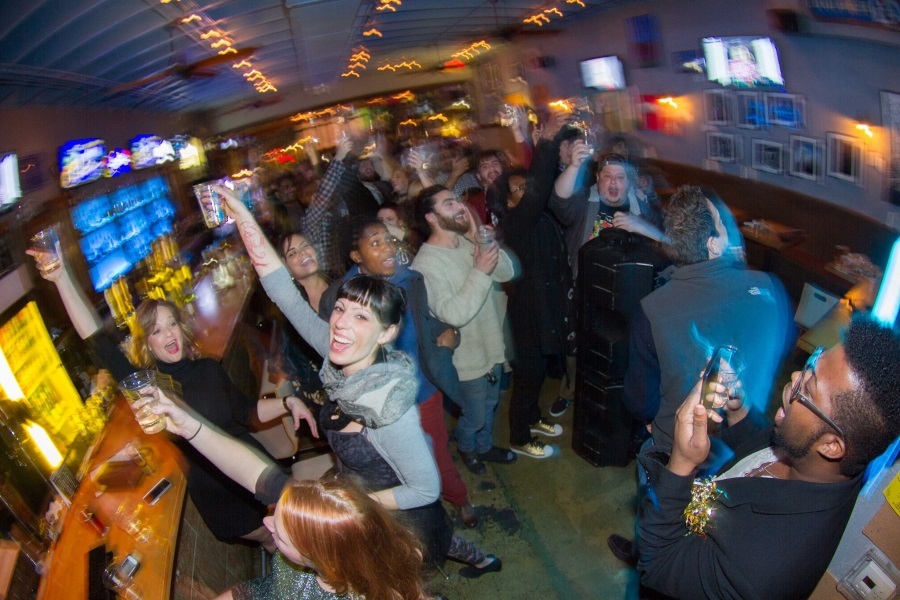 53. Catch the game at Moo & Brew while indulging in the pub’s eponymous burger—topped with brew-braised onions, brew chili, brew cheese and mustard.

54. Arrive well before a kickoff or tipoff to claim a TV-front table and a cold one at popular All American Pub.

56. Pregame with rounds of billiards before your favorite teams battle it out on TV at Sidelines Sports Bar and Billiards. 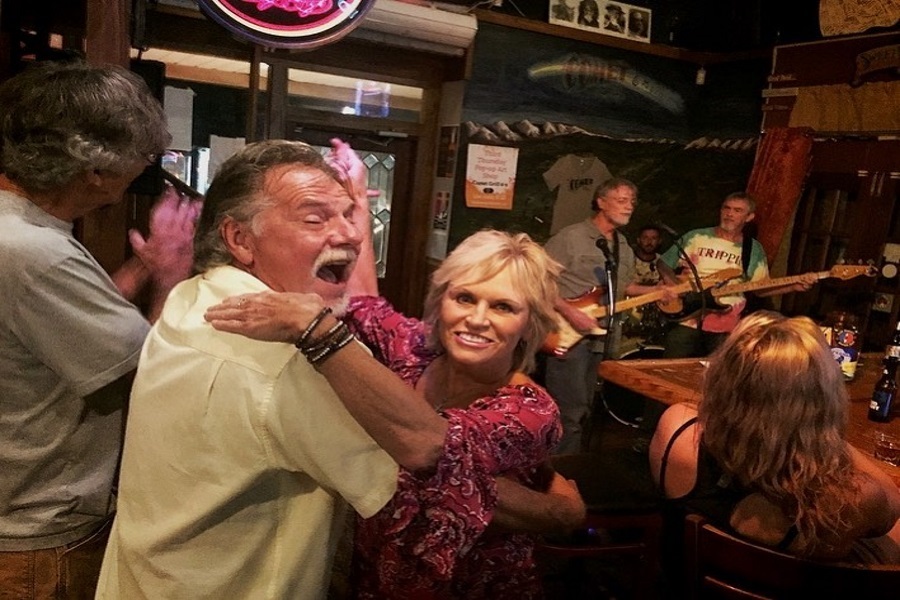 The Comet Grill - Photo by @travisdenton

58. Order a burger and a round of suds at the king of Dilworth dive bars, The Comet Grill, where bands play nightly.

59. Get the the Champagne of beers, Pabst Blue Ribbon, and rock the juke box during an unforgettable night at the no-frills Thirsty Beaver. 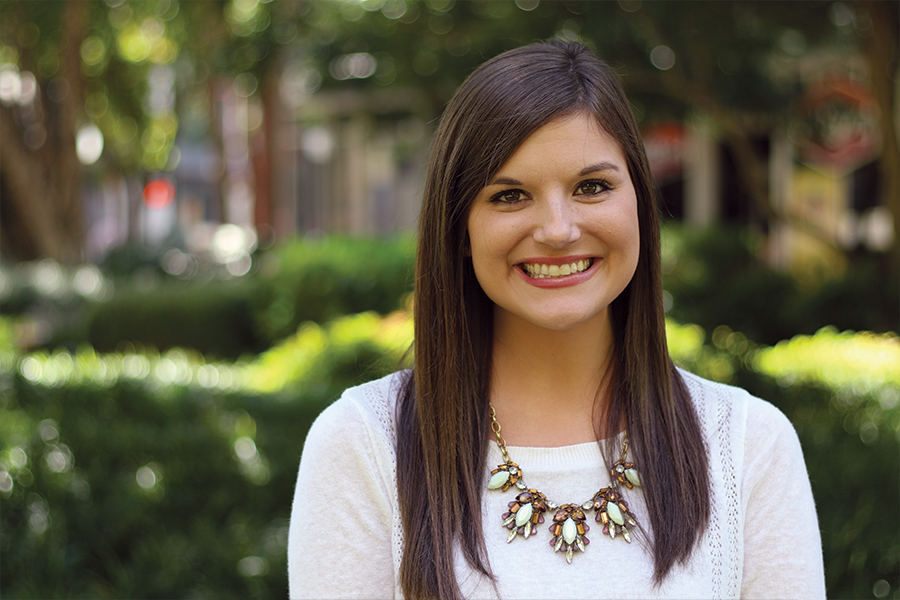 Torie Robinette is a freelance writer and editor. Her background includes a communications role with the Charlotte Regional Visitors Authority, a public relations role with Neiman Marcus, time as a style editor at Charlotte Magazine and years as a freelance and editor writer for publications like Us Weekly, Charlotte Magazine, Charlotte Wedding and more. Torie is a Charlotte native and a UNC-Chapel Hill grad, which means she can--and will--talk all day about the Queen City and the Tar Heels. 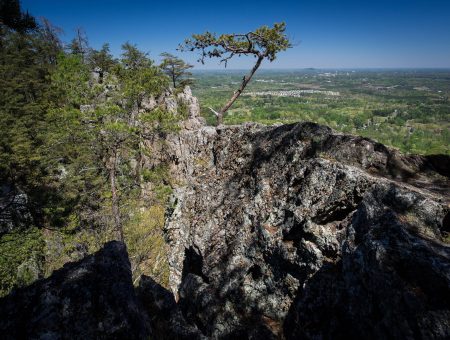 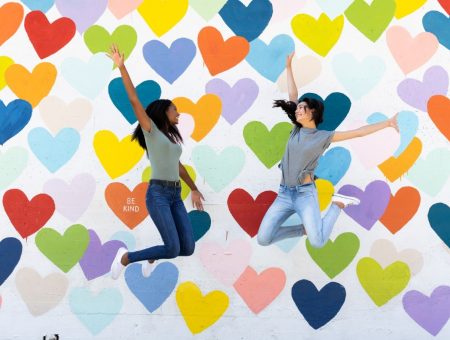 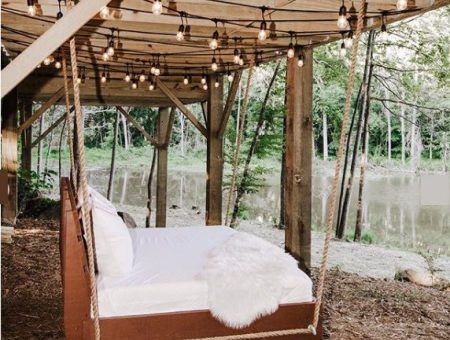 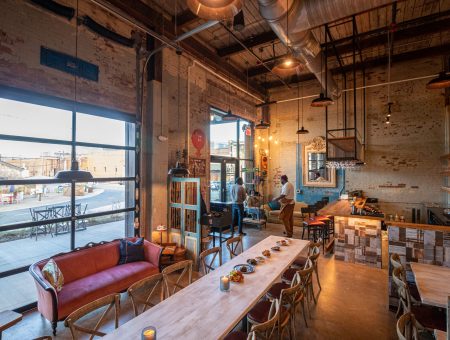