This version of your browser is not supported. Please update your browser for the best user experience.
Skip to main Content
Site Search
Myers Park Pineville
Neighborhoods

The city's epicenter for inspiration 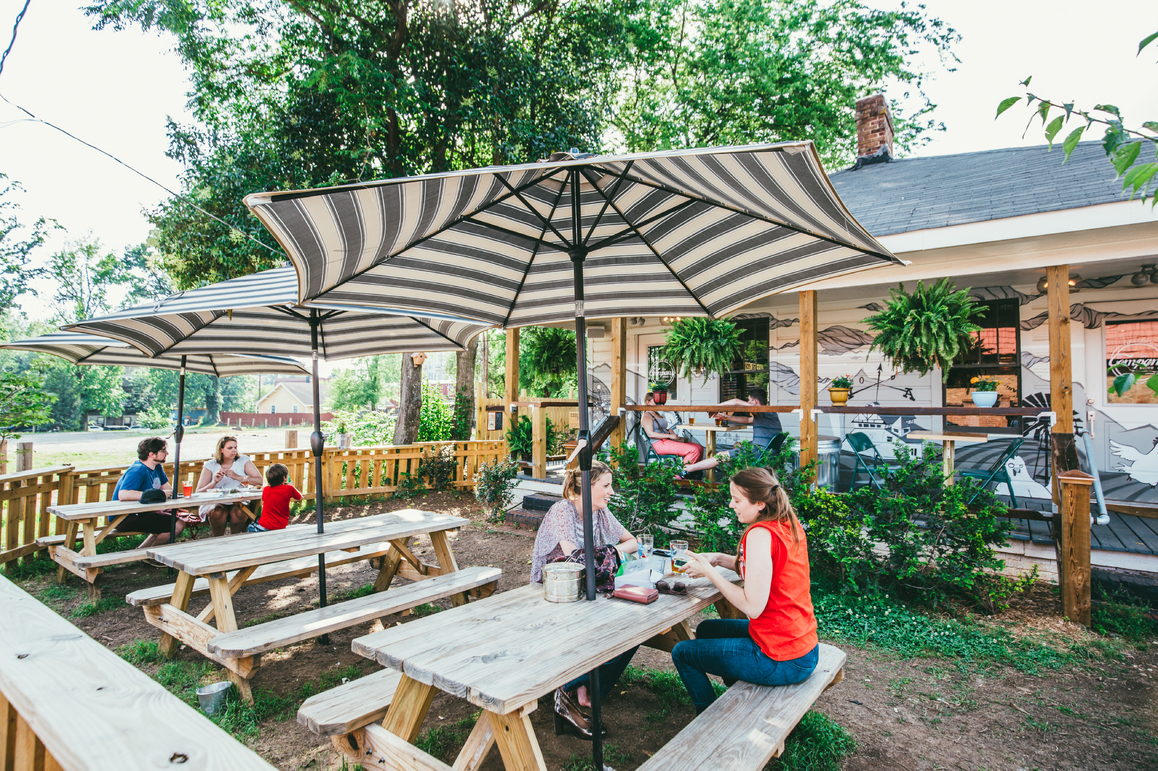 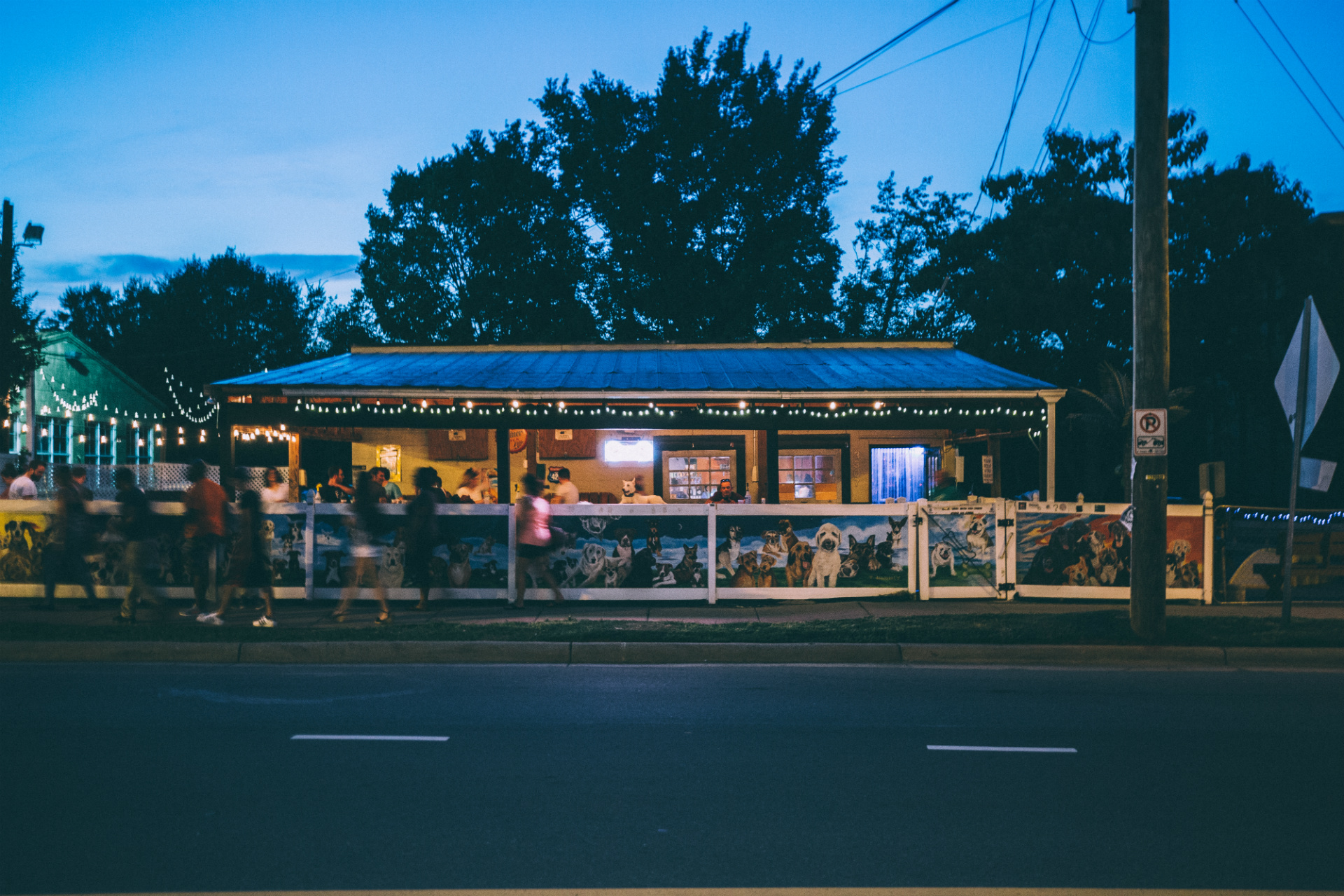 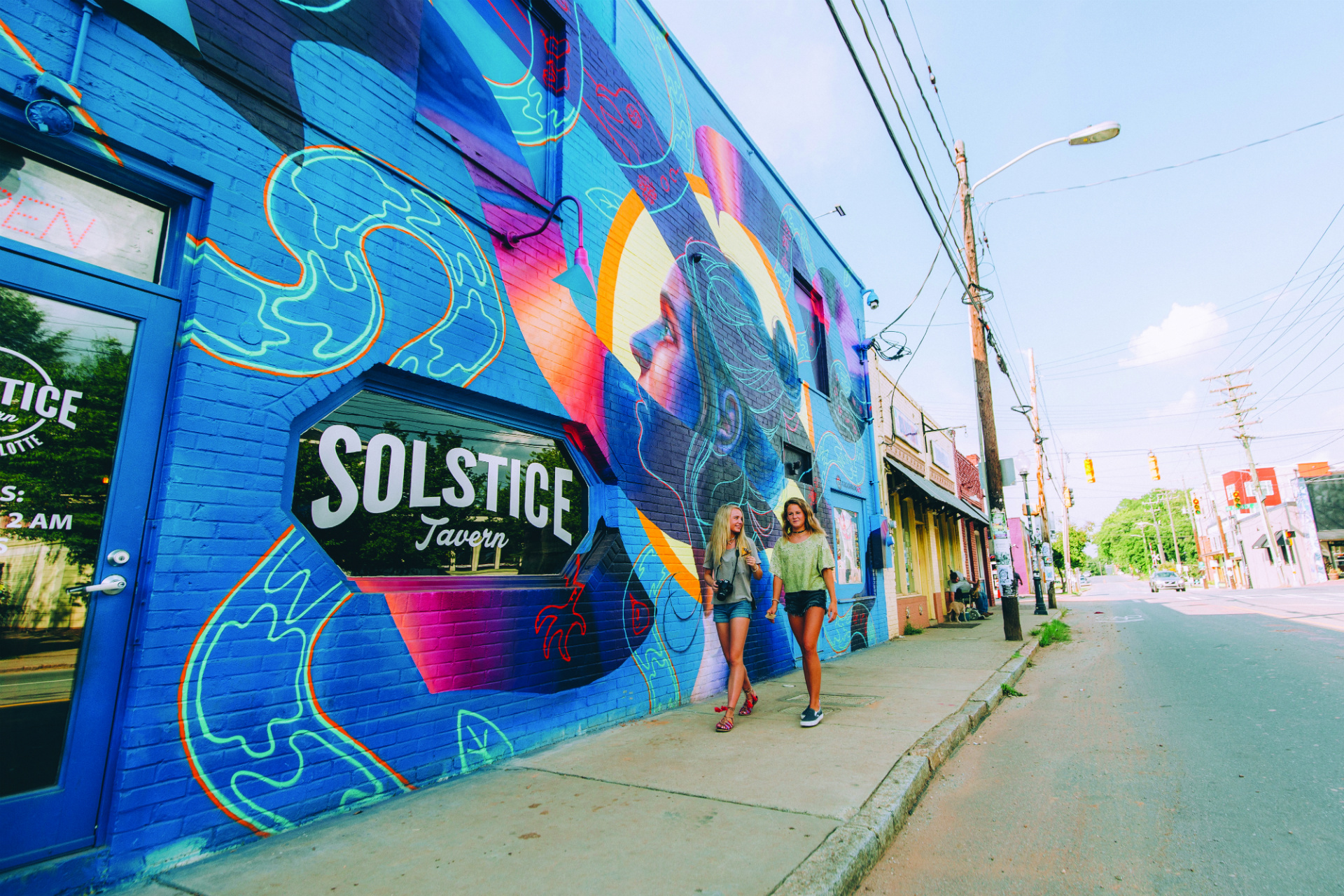 Before this edgy North Charlotte borough became the arts district it’s known as today, it was a flourishing turn-of-the-century textile mill town. But the area’s original blue-collar community faced desertion as mills closed in the 1950s and 1960s. Thankfully, in the mid-1980s, artists Ruth Ava Lyons and Paul Sires offered a new vision. They opened a gallery, and, through the years, Charlotte’s arts district formed. Today, NoDa’s (short for main street North Davidson) marriage of old and new is a thing of beauty. Colorful murals dance across aged factory buildings, tunes from up-and-comers seep out of music joints, and inventive restaurants sling plates across reclaimed wooden tables. Gallery crawls, offbeat retailers and a slew of breweries beckon crowds. And with the completion of the LYNX Blue Line light rail extension from Uptown, NoDa only stands to grow more. 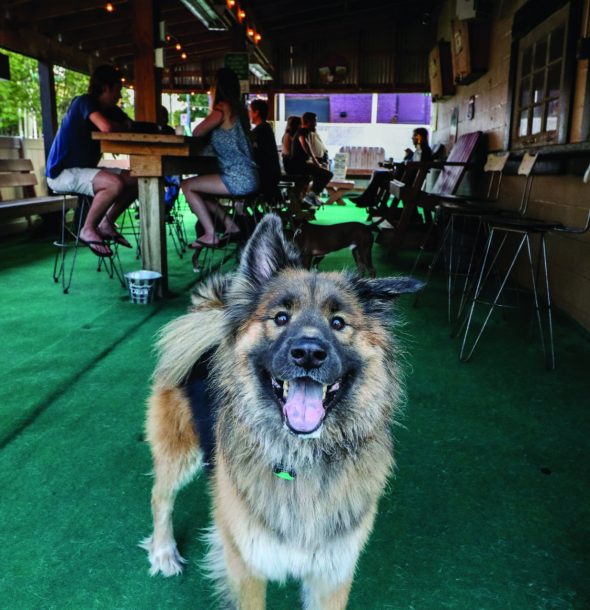 Start your day with a caffeinated brew from Smelly Cat Coffee House & Roastery, or treat your pup to an afternoon of fetching with other pooches while you sip a frosty one at The Dog Bar. The partially shaded, 1,000-square-foot outdoor patio features an AstroTurf play zone for any breed or size of dog. Collect interesting finds from around the globe at Pura Vida Worldly Art, which stocks everything from Tibetan singing bowls to Latin American folk art. For lunch, visit NoDa Bodega, which serves up a sandwich of the day as well as fresh cuts of deli meat, artisan cheeses, wine and beer. 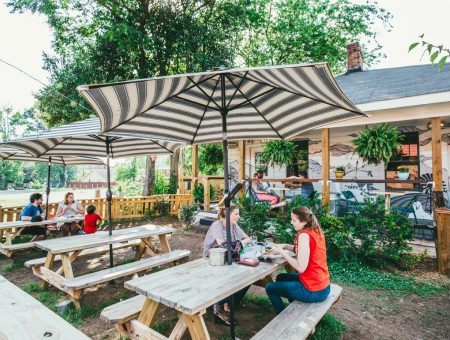 Things to do
Neighborhood Explorer: NoDa 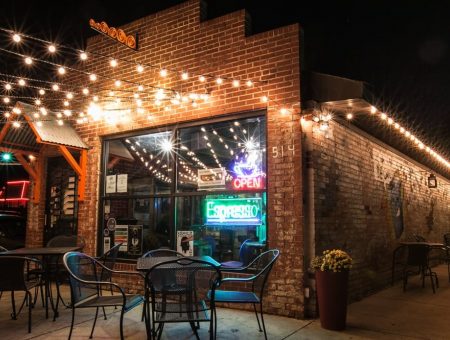 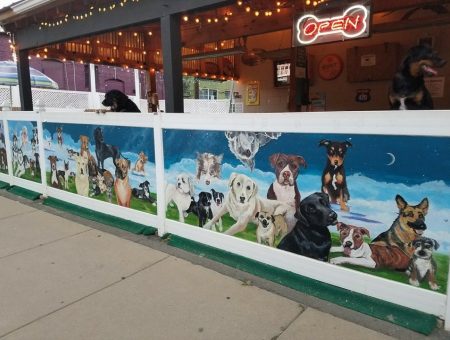 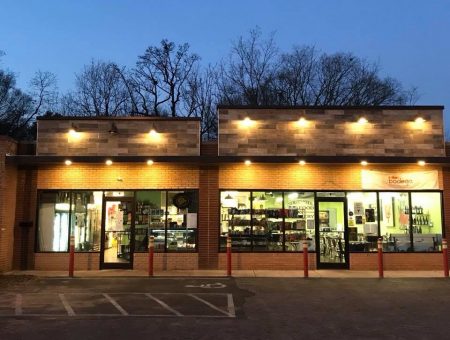 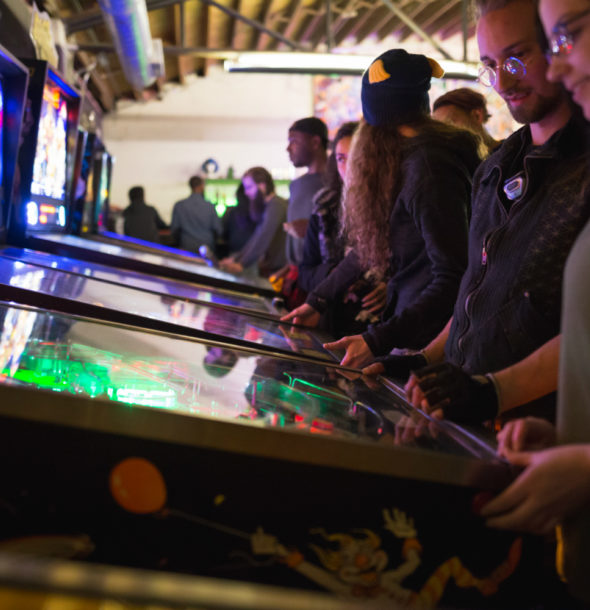 Since Amélie’s French Bakery’s NoDa location is open 24/7, you can indulge in the sinfully delicious salted caramel brownie any time of day. NoDa is home to some of the city’s early breweries, including Heist Brewery, Birdsong Brewing Co. and NoDa Brewing Company, each of which serves award-winning pours. Dine on North Davidson Street, home to mill town-inspired Haberdish and ever-popular Cabo Fish Taco, then let incredible acoustics put you on your feet at The Evening Muse and Neighborhood Theatre, where both local and national artists appear. 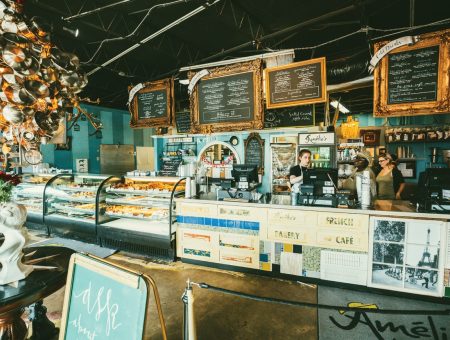 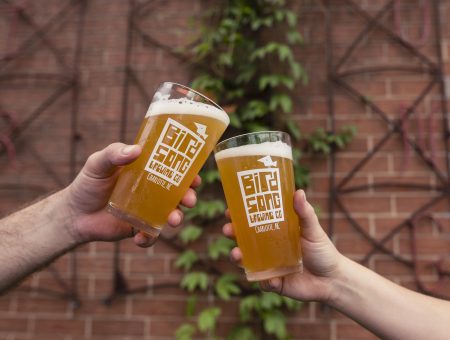 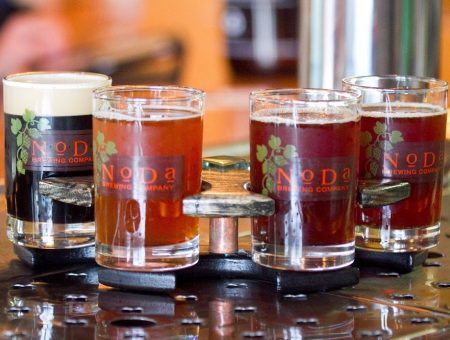 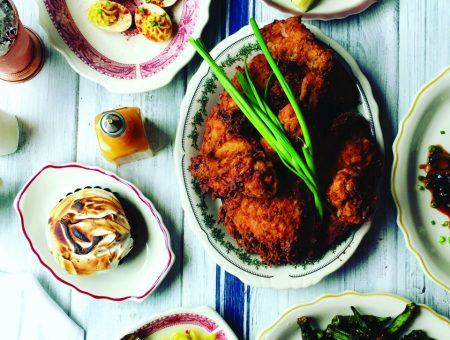 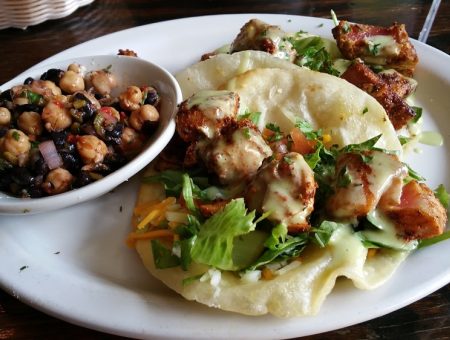 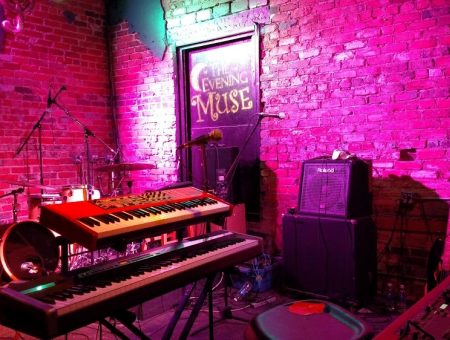 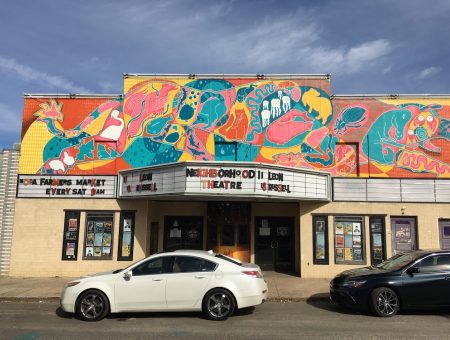