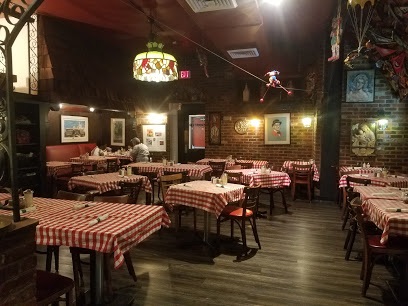 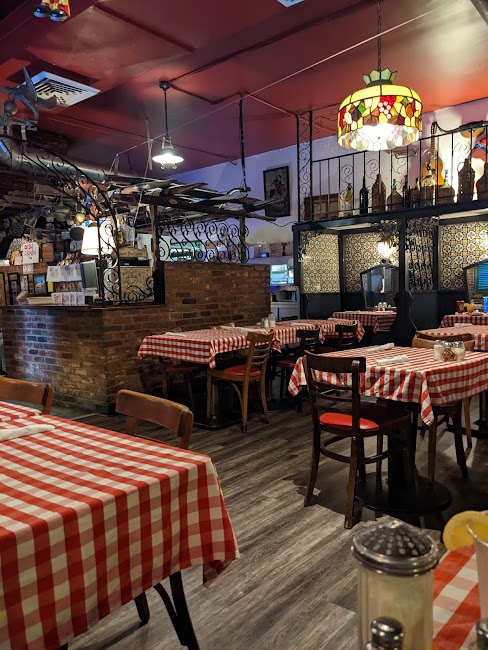 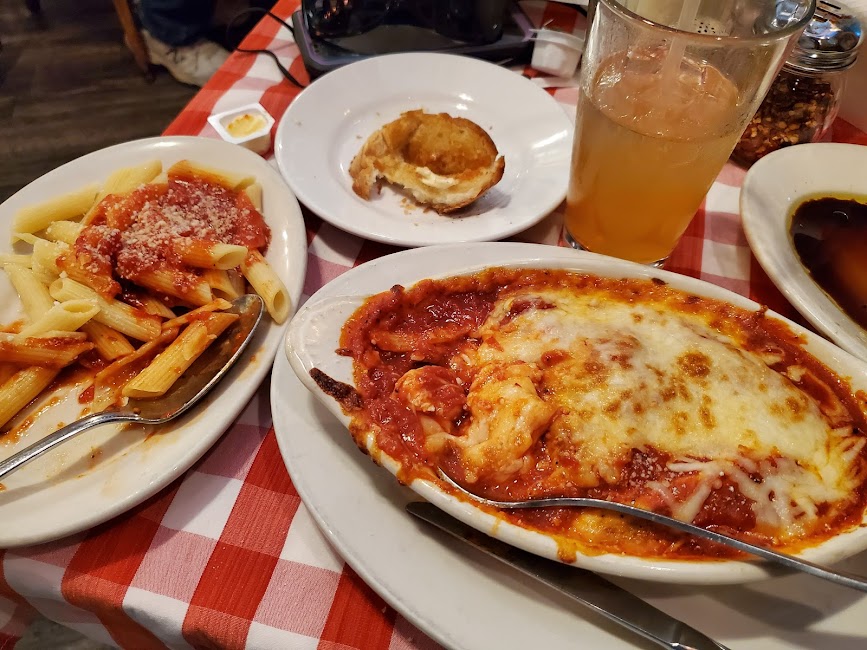 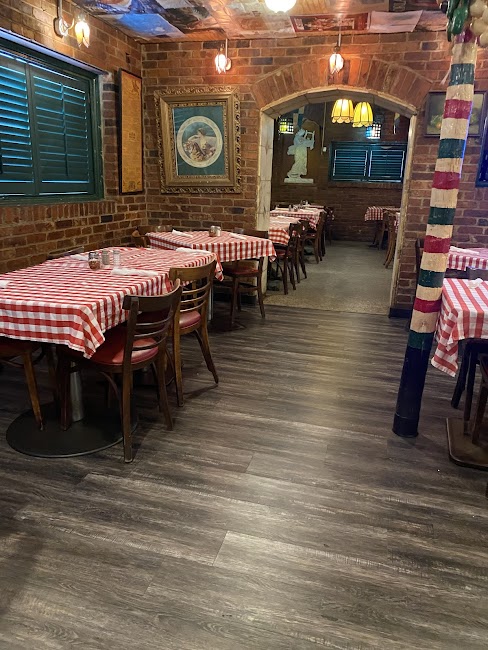 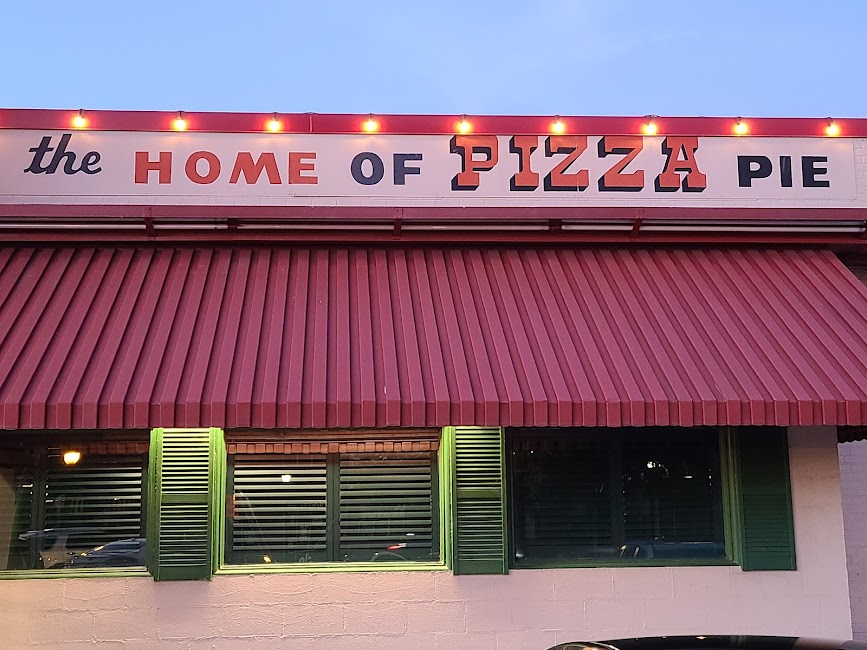 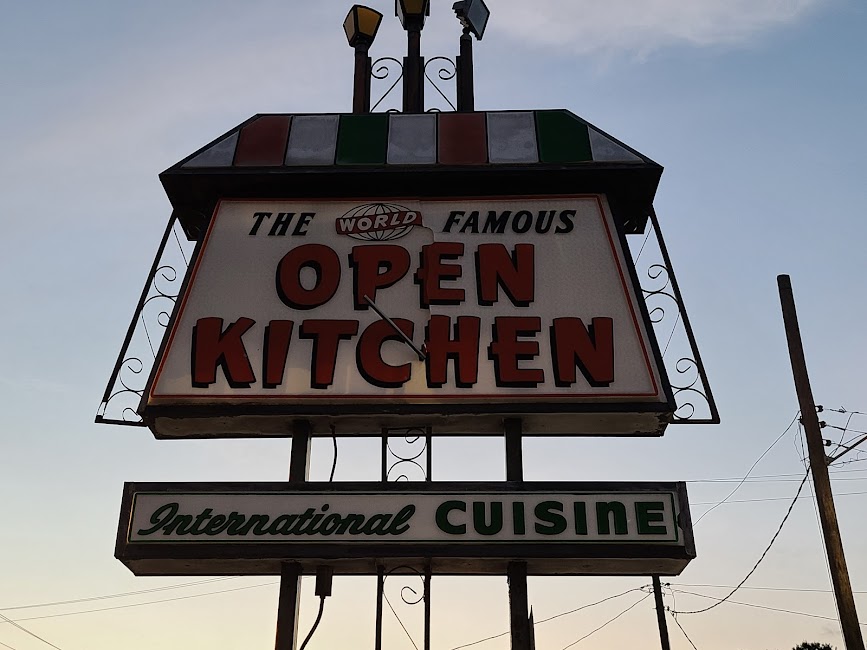 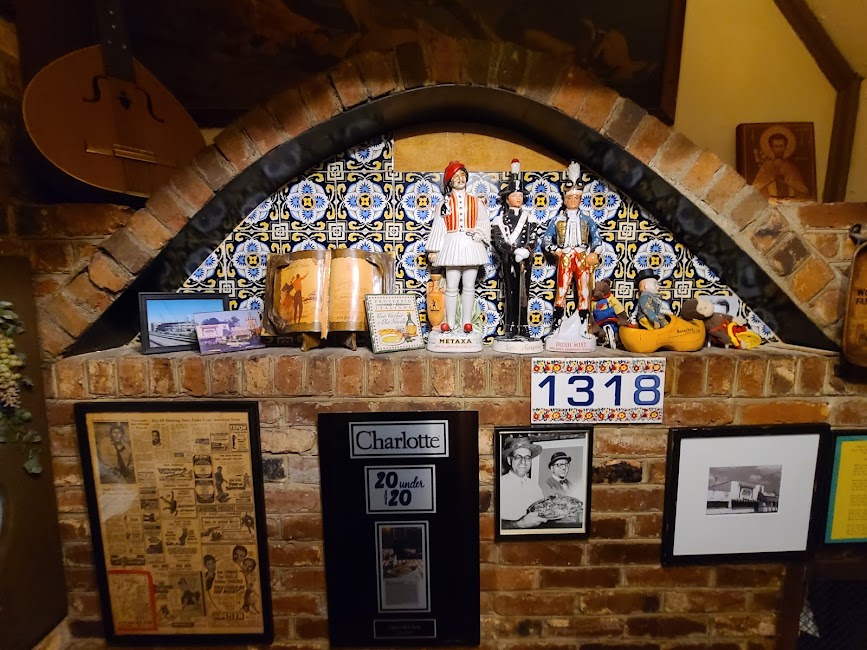 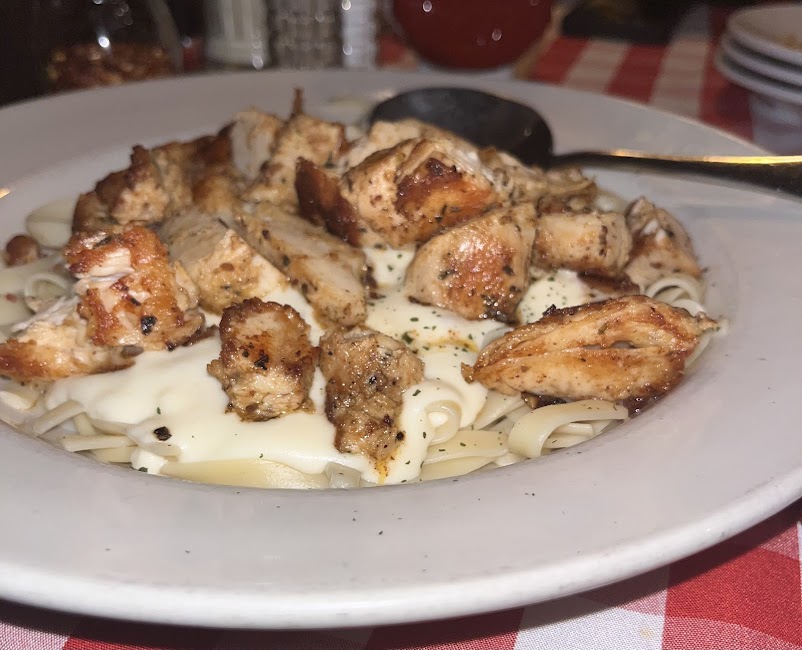 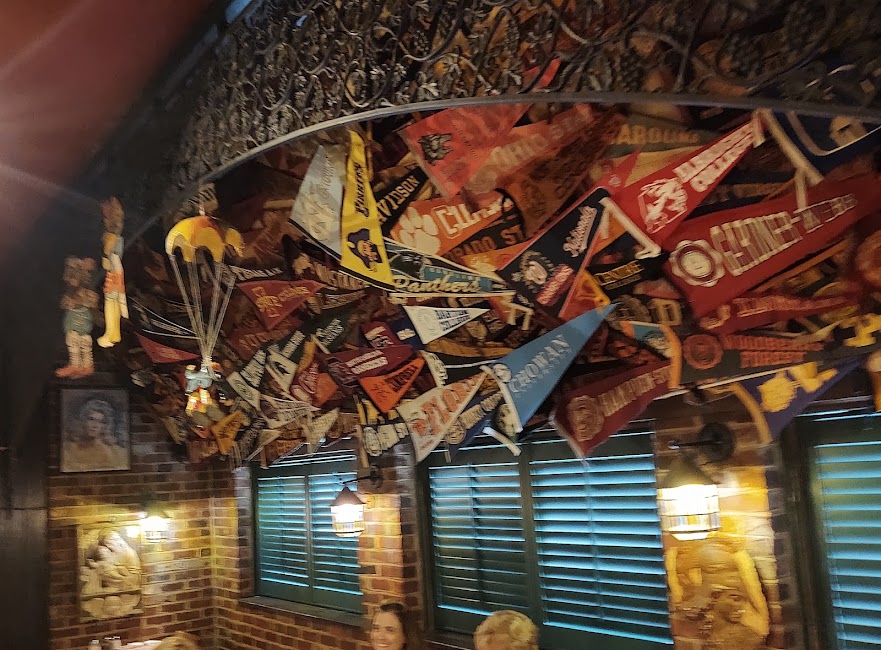 Wonderful food and friendly service. Our waitress has worked here for 30+ years. She helped us decide between several interesting sounding menu choices. All of our choices were delicious. We had our dessert first. Tiramisu. So good. We will return when 1st able.

Atmosphere is roughly family Italian. Service is good. The Italian food here is at best okay. I haven't been inside their kitchen to know for sure (despite the "open kitchen" name, it isn't), but the taste and consistency of most dishes appeared to be pre-packaged stuff they bought and heated rather than truly prepared. For example, the pizza crust was worse than many store-bought frozen pizzas. Similar in texture, especially density, to factory made and shipped crust, rather than something mixed and allowed to rise on-site. The toppings, cheese, and sauce were okay, but nothing special. But they turned tables quickly enough, kept drinks full, and their prices were reasonable for the area.

Shyt was nasty! My lasagna was old watery. It had no cheese. The salad was a great portion size. The bread was fresh. They should have been ashamed to bring me that shyt out (lasagna)! I did not even complain the waitress looked at me like, I know this is trash but I need the money smh. I left the trash there tipped her because it's not her fault. It was a waste of my money. I'm surprised this place is still in business. They were nice people, too bad their food isn't!

So happy we found this place on our Charlotte visit! I posted on a local foodie group asking for a family friendly restaurant recommendation. A gentleman suggested Open Kitchen, where he went on his first date is 1978! Im so glad we took his advice. The service was amazing. I wish I remembered our servers name! She was a blonde, older lady that took care of EVERY need we had, made our kids feel Included and carried on genuine, pleasant conversation. The food was simple, hot a delicious. My eggplant parm was just like my mom made. My daughter was SO excited that they added her artwork to the lobby wall. We will be returning every chance we get. Thanks so much guys!! 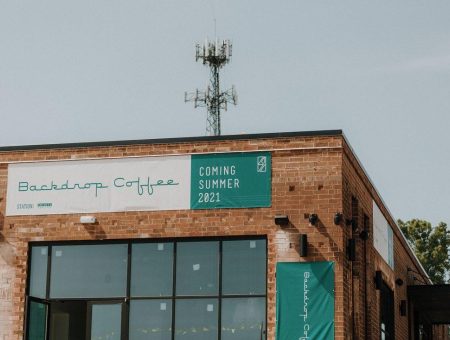 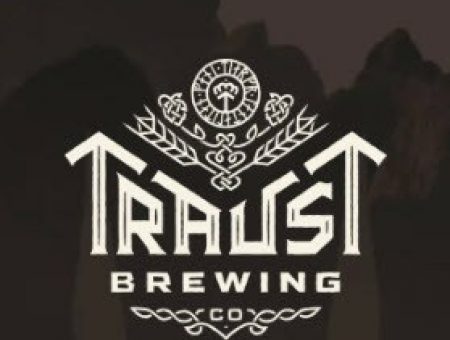 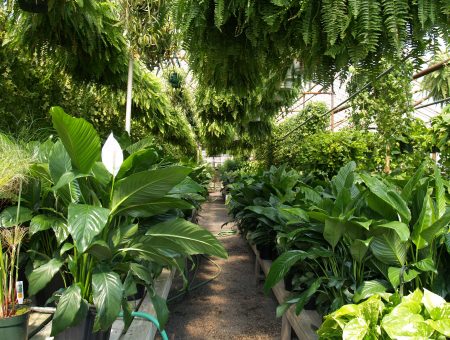 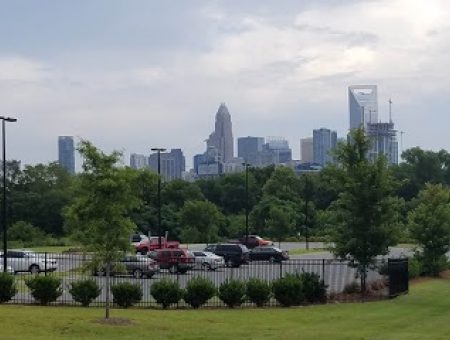