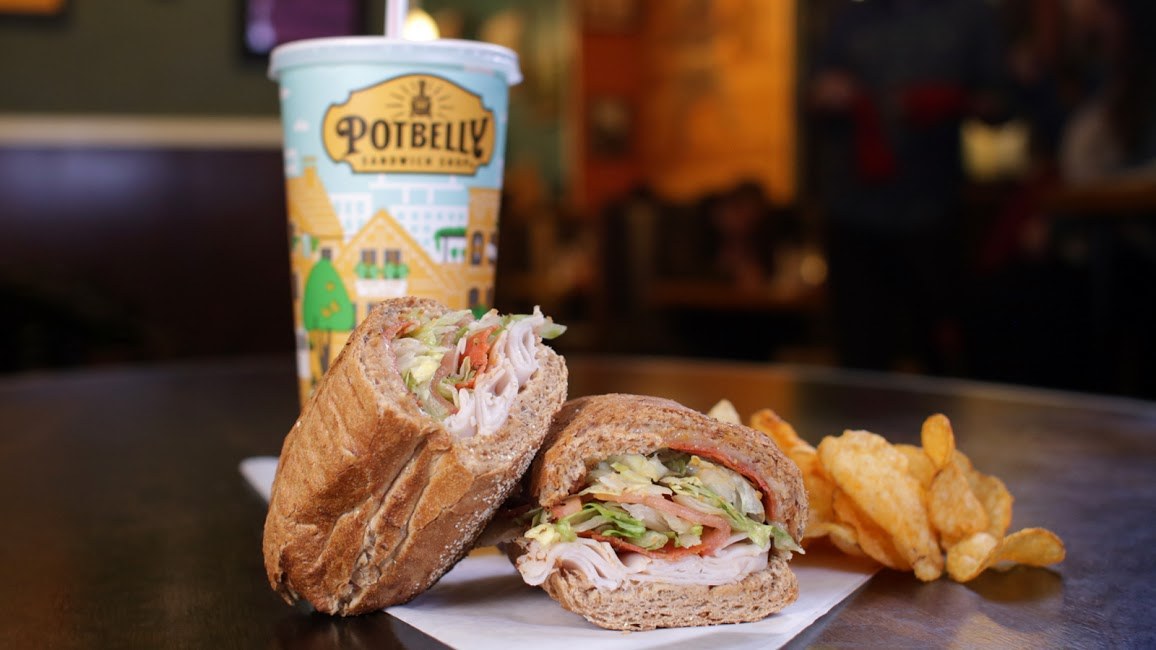 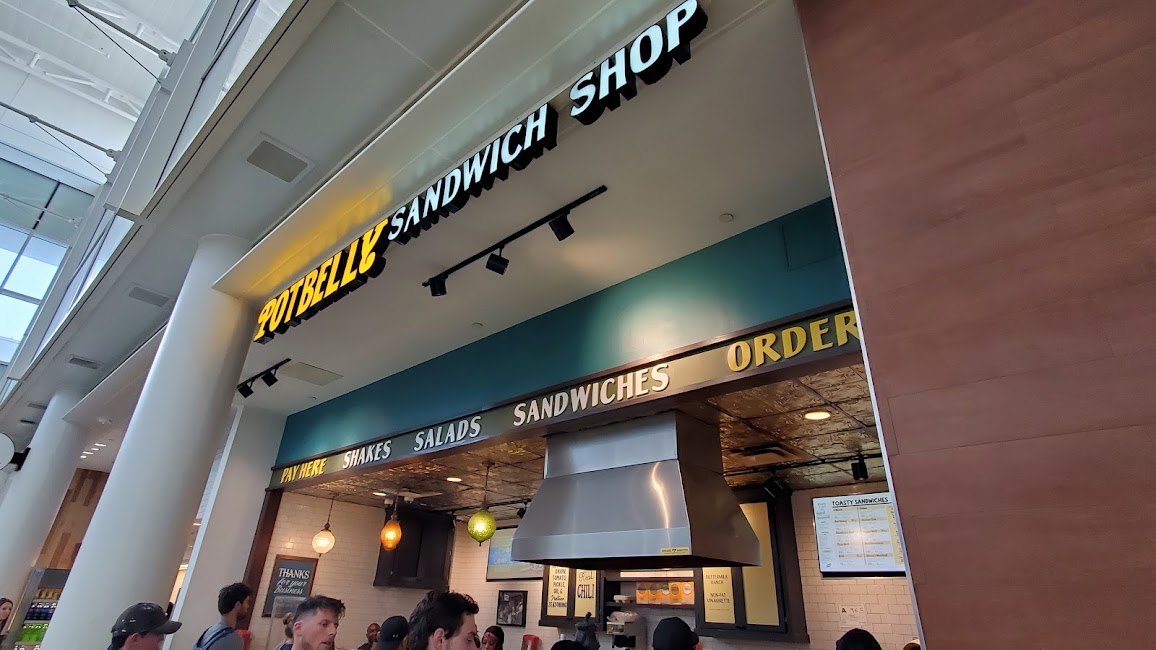 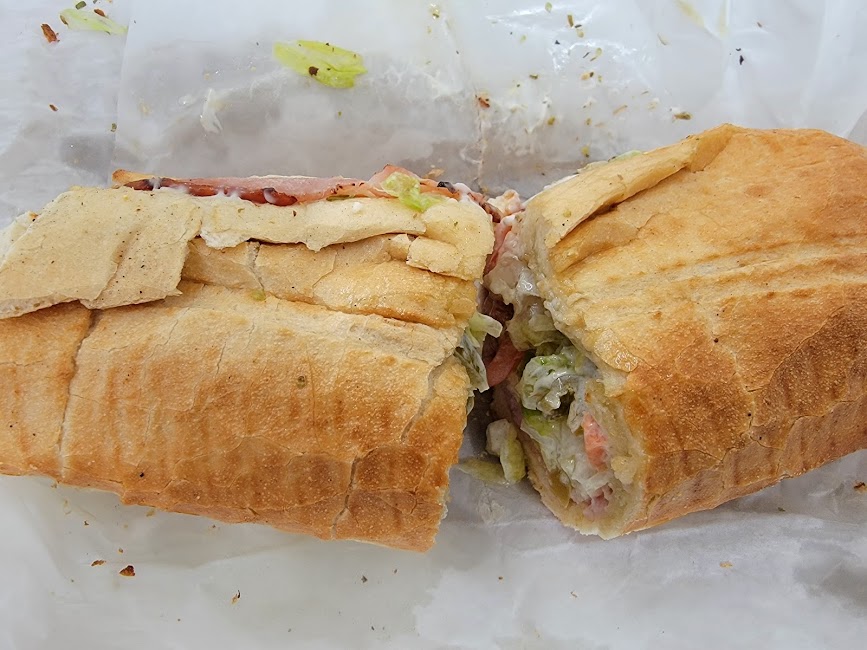 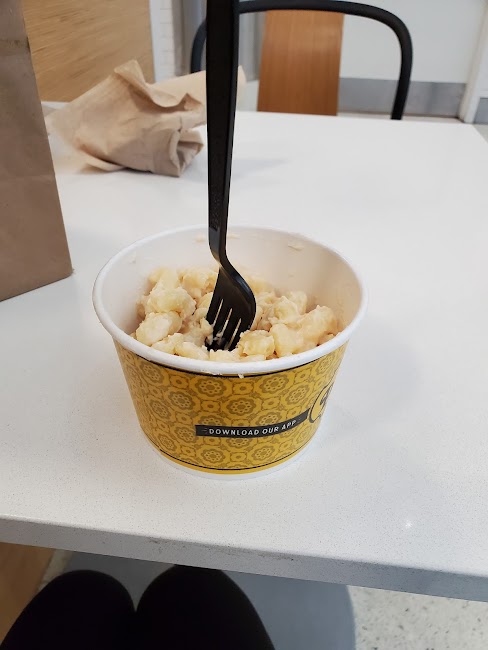 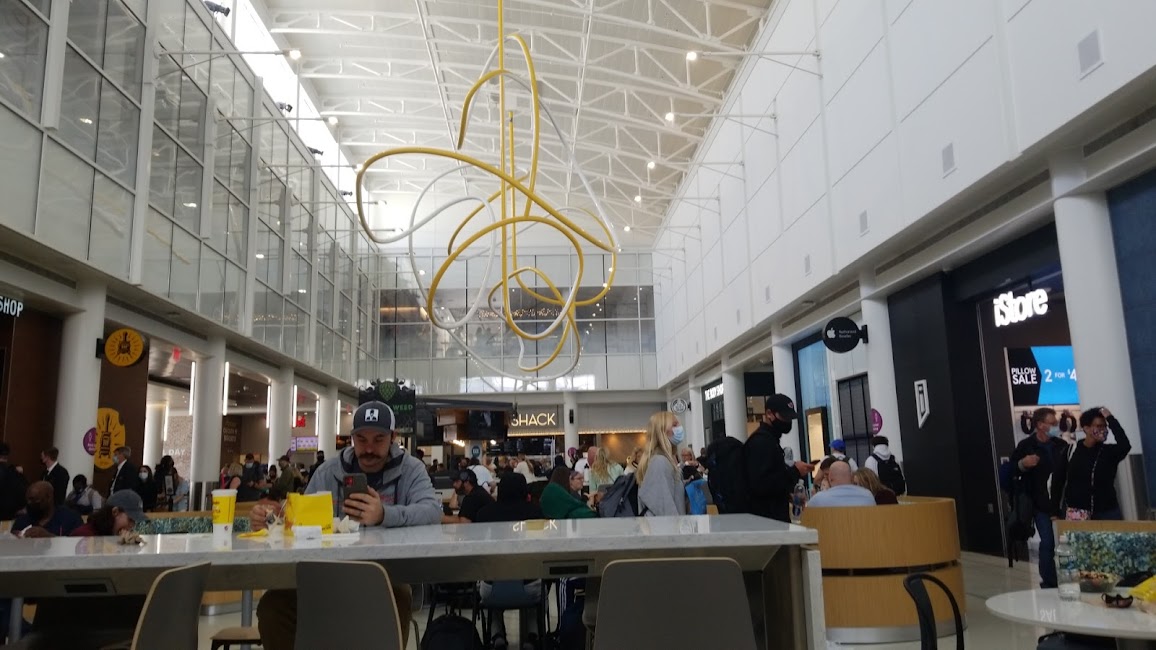 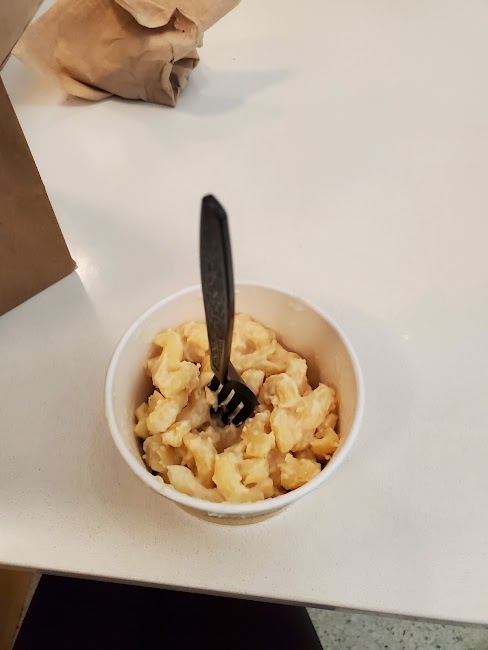 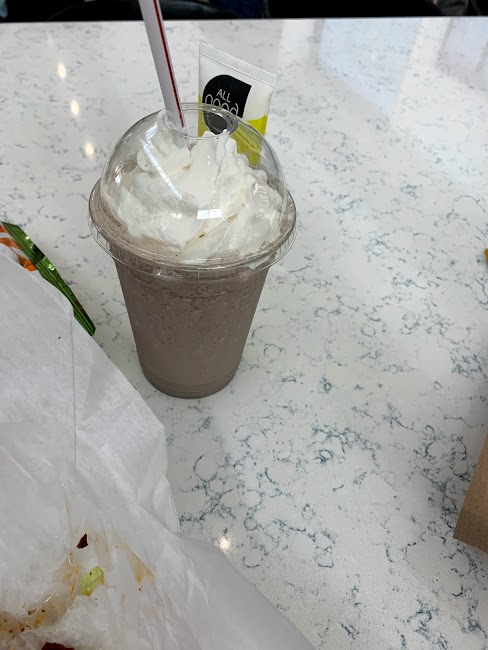 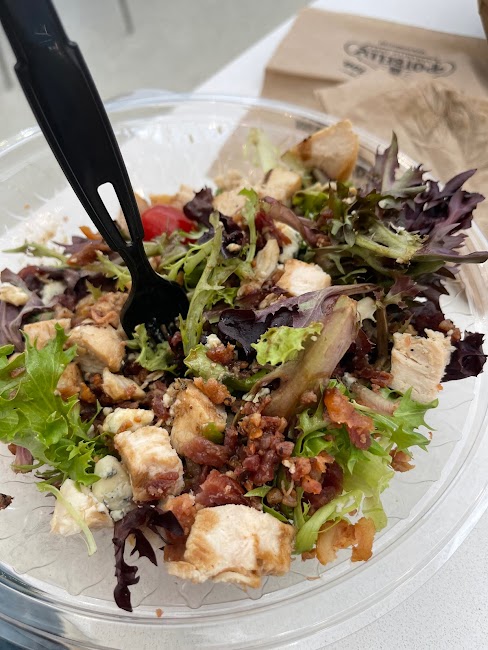 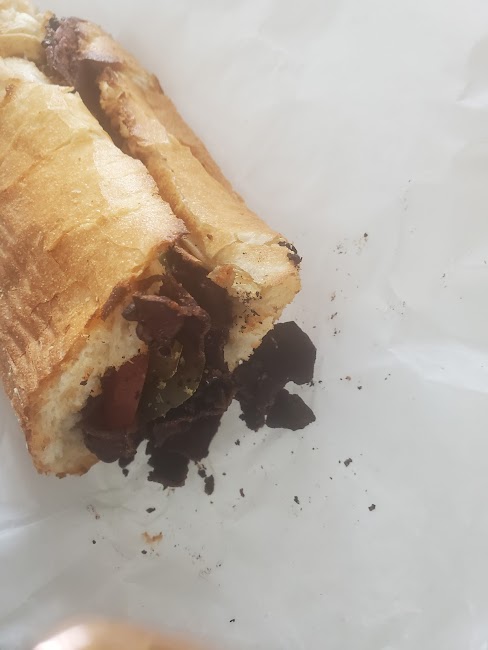 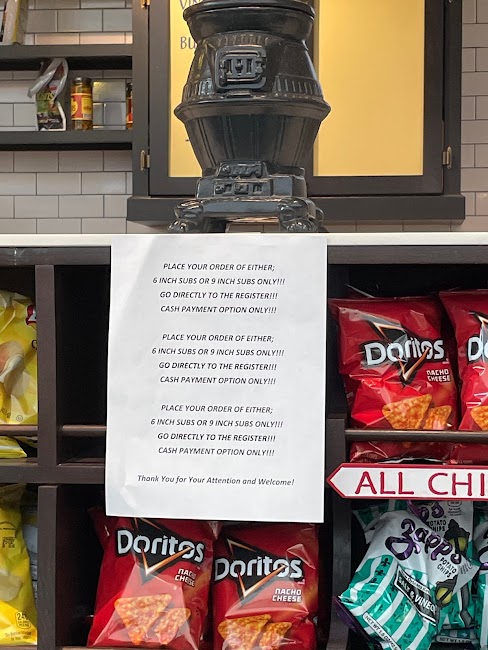 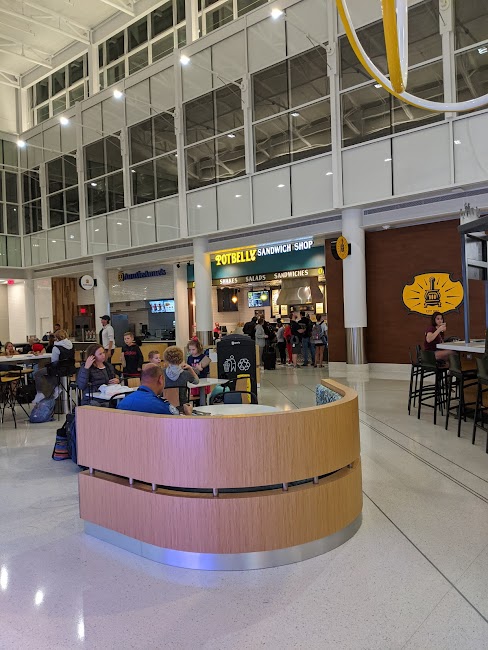 Just ate. Sandwich was pretty good. Service is a joke. Extremely rude woman doing toppings. No napkins and staff said they didn't have any. And who closes at 8pm in the airport. They closed the line about 7:40 to ensure no one in line at 8pm. Probably turned away 15 customers in that time. Save your money and eat at a vending machine, the service will be better

It was an okay experience. Long line and the sign for the size of sandwich is a bit deceiving. An original is only like 5 inches long for $8.50. It's an airport so I get it. Staff was doing just enough to take my order and make a sandwich. No more no less, and that's okay. Sandwich was cold in the middle. I probably would not go back. Update: so our layover was so long that I actually did go back as the kiddos wanted a sandwich. They loved the sandwiches as did the Mrs. ... so the rest is just fluff. Give them a try. Upgraded from 3 to 4 stars.

Holy cow, NEVER again. I gave Felicia my order (one sandwich). My daughter asked for bacon. Felicia told us to move, we were holding up the line and toppings would be down at the end. I tried to explain we couldn't move because the line was backed up to where we were. She told me again (louder) to move because I'm holding up the line. I made a quarter turn to my left. She waved the man behind us forward who proceeded to bump into me carrying my 2 month old to try to order because he was ALSO holding up the line. Get to the end, order the bacon. They said "oh, it'll be a minute, we have to put the sandwich in the oven." RIGHT WHERE FELICIA HAD BEEN STANDING. I won't ever give this place my business again. Check your employees, please. They're giving you a bad name and unfortunately, the rest of the staff was nice but not worth the hassle.

This was my first time eating here and it was a good choice. I had the Ham n Swiss all the way and it was fabulous! Well definitely return when I come back.

Staff not engaged with customers, talking between each other. Ask repeatedly what you wanted without any focus on what you said. One girl said she was going on break, had the young guy on cashier move over to make sandwiches, obviously he had not been trained. Did know how to wrap the sandwiches. customers sandwich in front of me I saw him wrap several times and actually balled up sandwich paper to start over again, while other sandwiches were backing up on the conveyor. When he got to my sandwich I said let me make it simple just a little mayo and a little lettuce. Had to repeat myself as well and than I watched him struggle wrapping the sandwich. I managed a restaurant over 20 years and I know how difficult the public can be, I honestly dont write reviews usually but had I had this crew I would retrain or have a supervisor on staff with them. A couple of them I may have fired for interrupting a co-worker while they were assisting a customer. It was ridiculous had I had more time I would have canceled and went to another place. Another point people in an airport do always have time for foolishness. I will avoid Potbelly next time I am in this airport. 03/28/22 between 4:00 and 4:30 PM 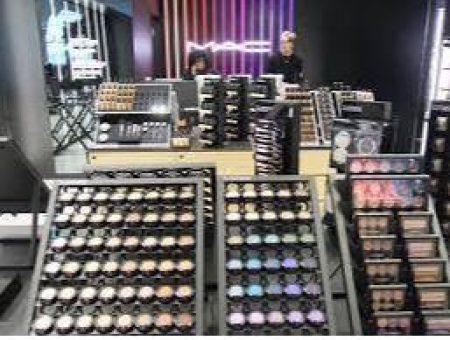 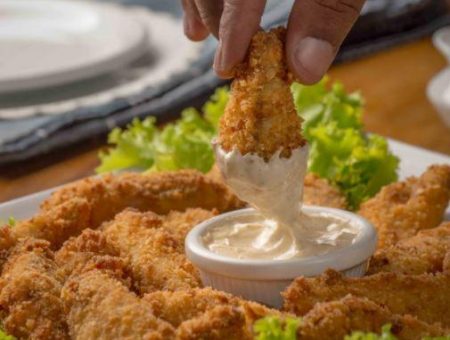 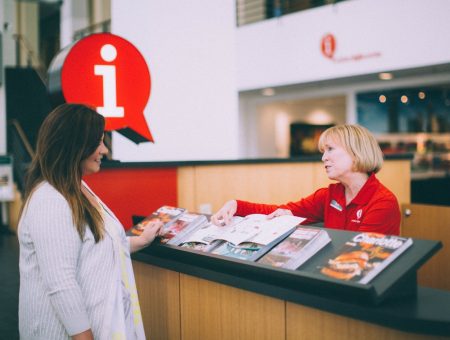 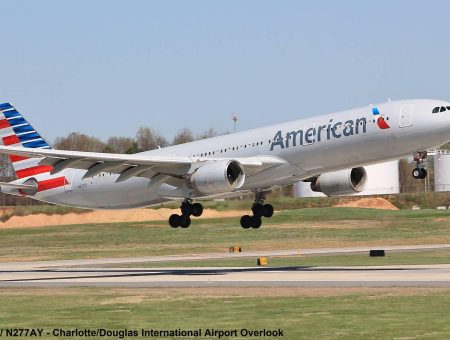