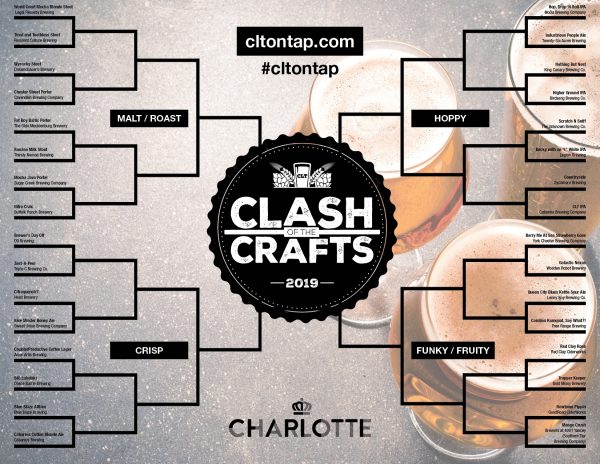 VOTE IN THE FINALS NOW

This April, in celebration of NC Beer Month, 32 craft beers from more than two dozen Charlotte-area breweries are going head-to-head to be crowned the 2019 Clash of the Crafts Champion!