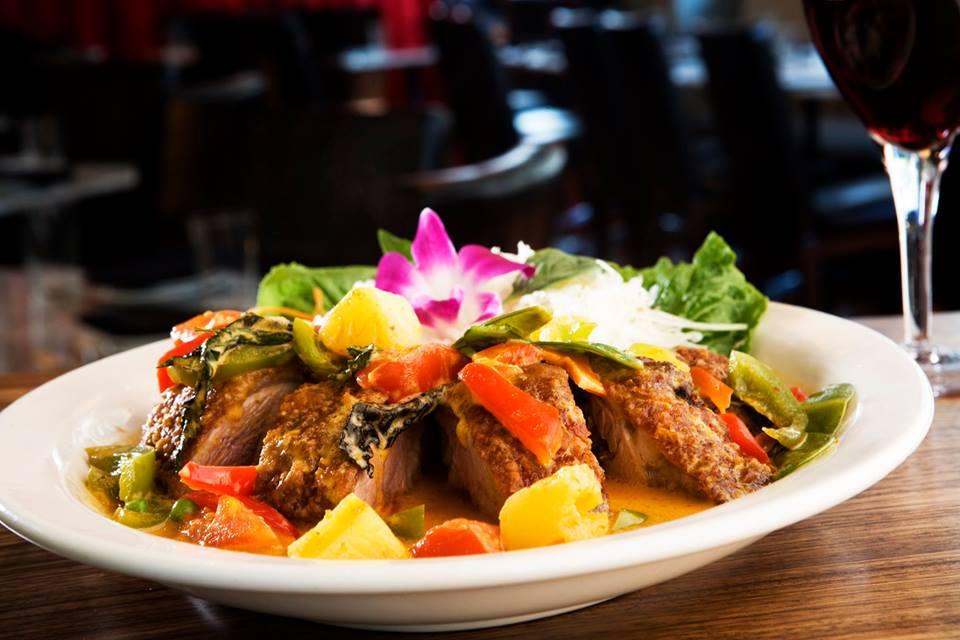 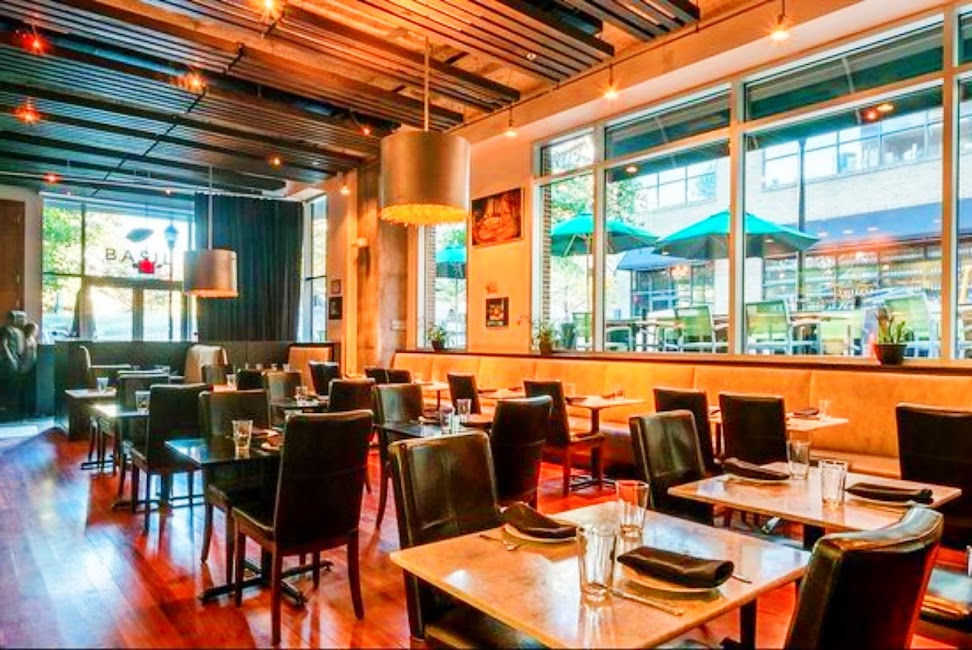 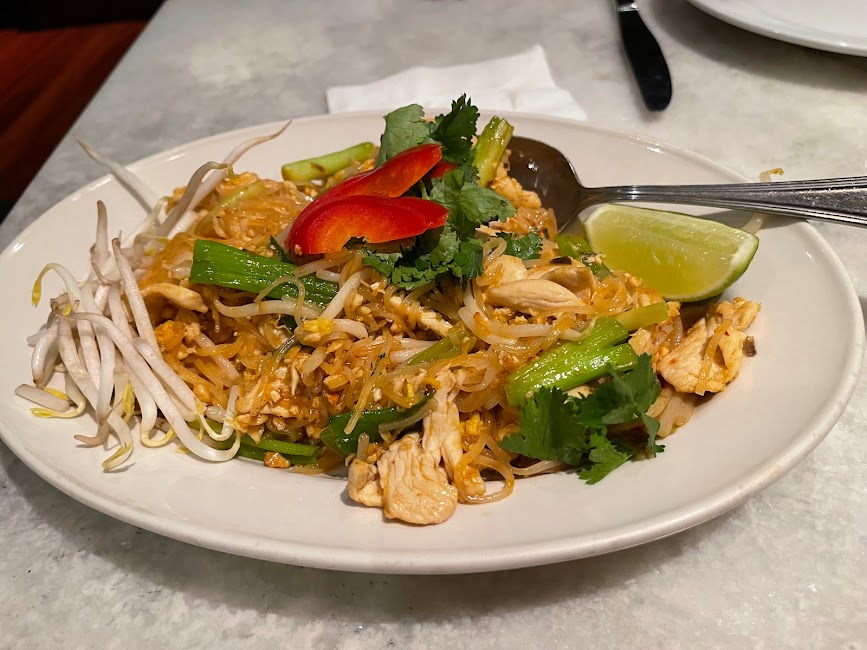 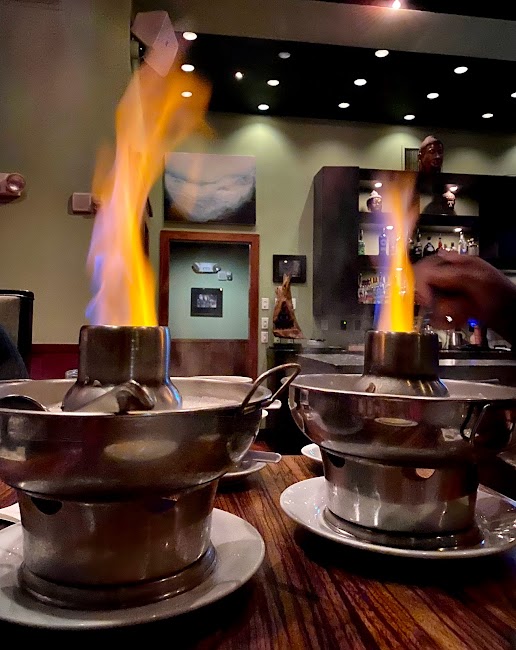 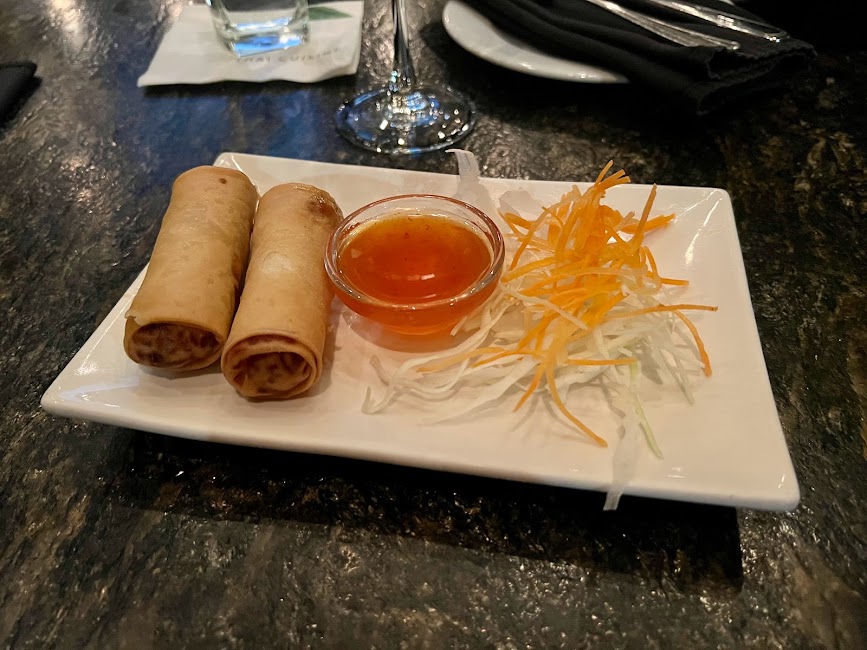 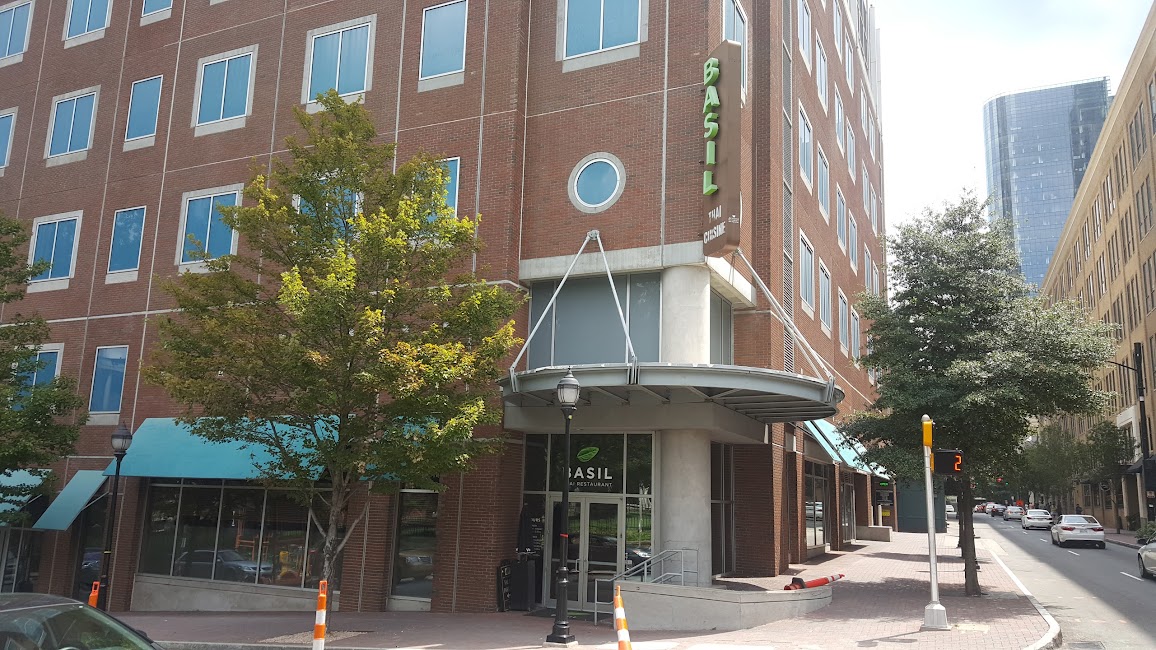 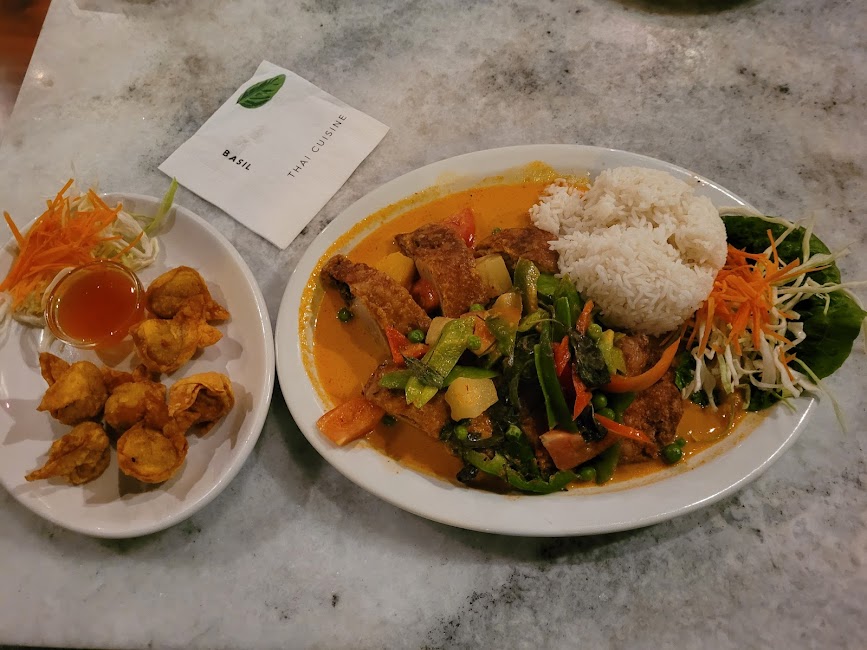 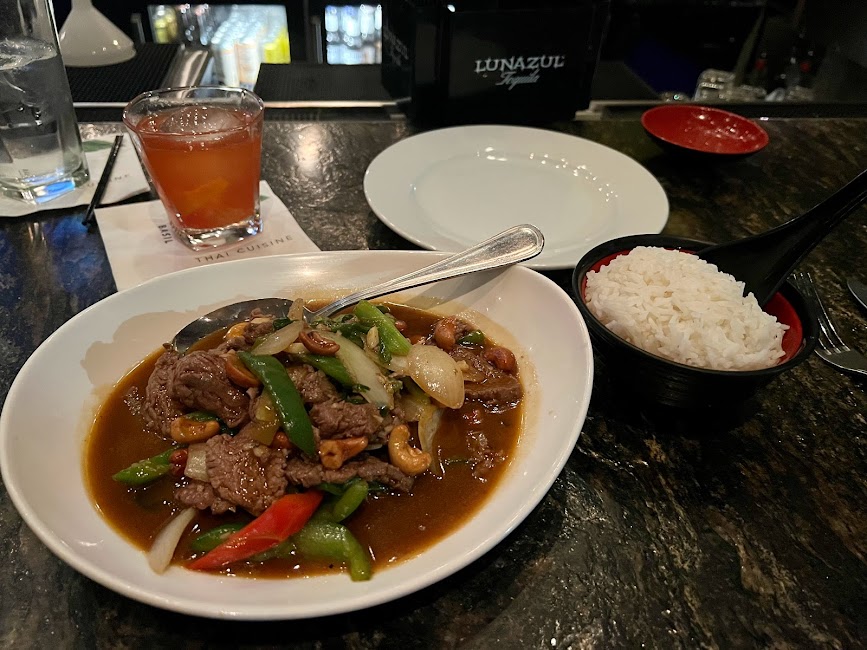 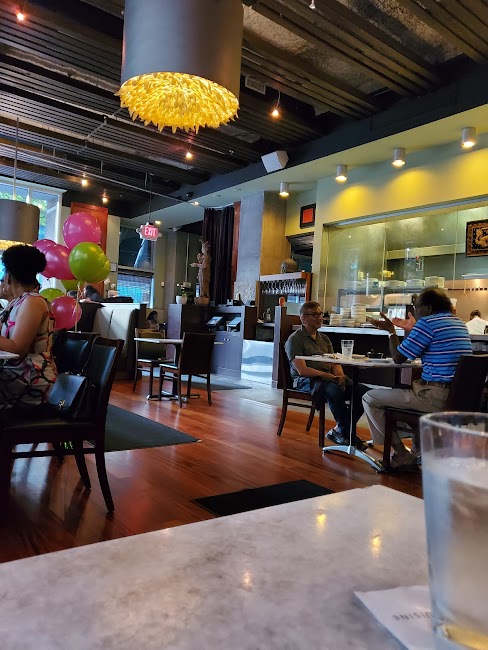 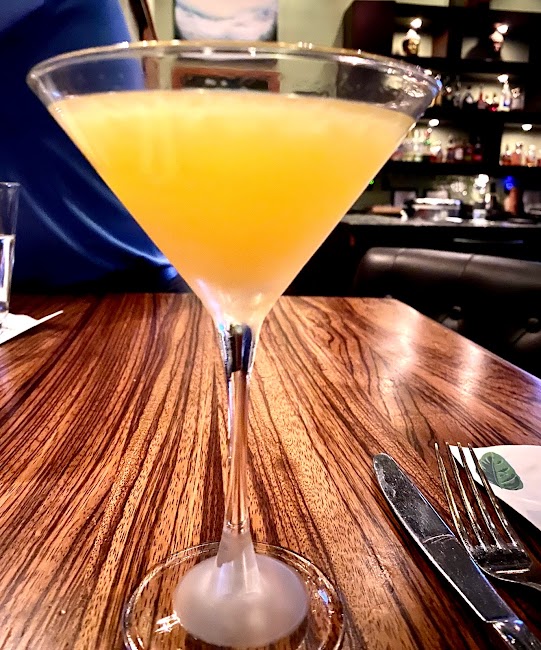 I ate here 3 years ago and the Pad Thai was to die for. It was excellent. I was passing through Charlotte and had a taste for Pad Thai so I thought I would return here since I had such good success the first time. Honestly, it was awful and I wasted $20. It was dry, not Pad Thai noodles, the chicken was dry and bland, the shrimp was over cooked, not spicy or sweet enough. It was bad. It may have been a fluke but I doubt it. I will not ever be returning.

I went to Basil on the Saturday of Valentine weekend. I was so happy that they were able to squeeze me and my husband in and get us a table. The service was great and the manager on duty was very kind and attentive. I had the Basil martini and it was out of this world! I also had the chefs specialty crispy duck entree it was wonderful and the portion was very generous. Would definitely go again

Food was amazing! My husband loved the red curry and I really enjoyed my Pad Thai. The service was phenomenal end the atmosphere was too.

Terrible experience at dinner on 12/16/21. My husband and I went to dinner with another couple. I ordered a tofu and noodle dish extra spicy ("Thai hot"), while everyone else ordered medium spice level. When the food arrived, mine was bland/flavorless, while one of our friends started sweating profusely due to the level of spice in his pork dish. We mentioned this to the waitress who came back a few minutes later and said she had checked with the kitchen, and they had indeed mixed up the orders. She said that the kitchen could remake our dishes, but the manager insisted that the incorrect dishes from which we had already taken a few bites would have to be removed first. Were they planning to REUSE the food?!! Since two of us didn't want to awkwardly sit and watch the other two eat for 20 minutes while waiting for the kitchen to remake our dishes, we declined. The rest of the food was fine--not the best Thai food we've had in Charlotte, especially for the premium prices charged. At the end, the waitress brought us 2 desserts that we would not have ordered. No apology from the manager, no offer to remake the dishes so that we could at least take away the food we ordered, and we were charged the full prices for all the dishes, even though 2 out of the 4 entrees were not what we ordered. Unprofessional way to manage/run a restaurant--will not be back. 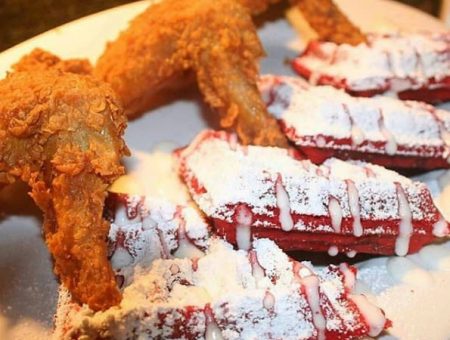 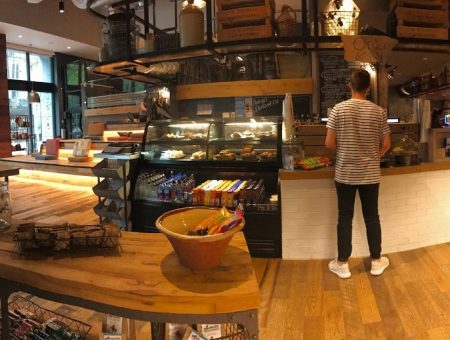 Coco and the Director
Restaurants 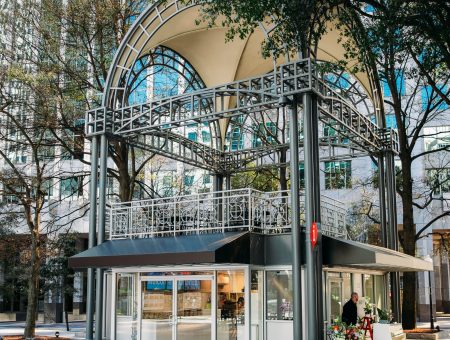 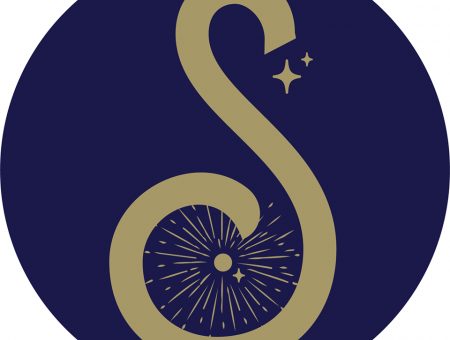