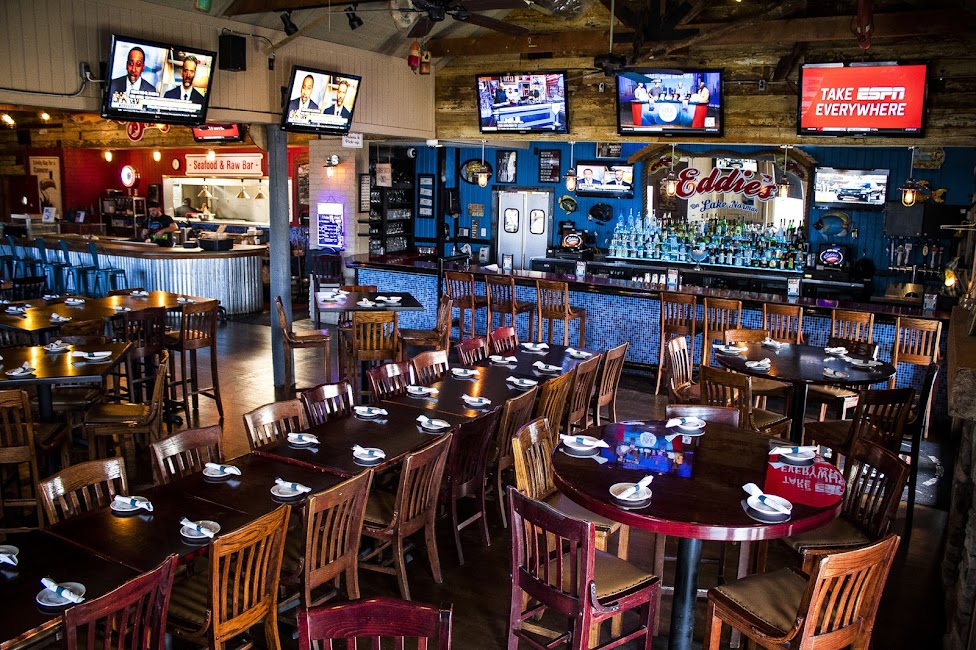 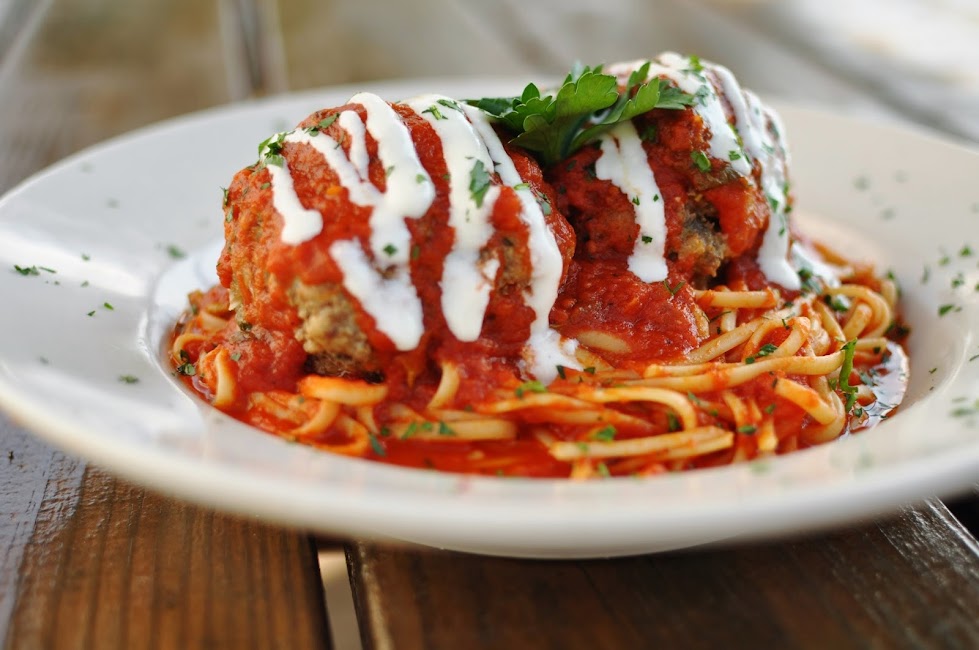 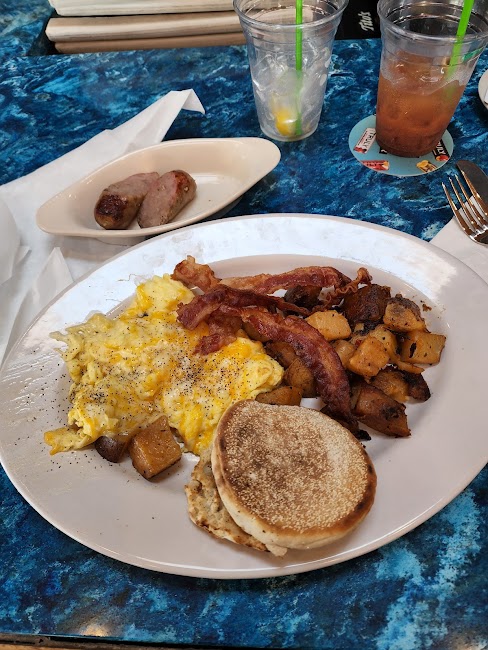 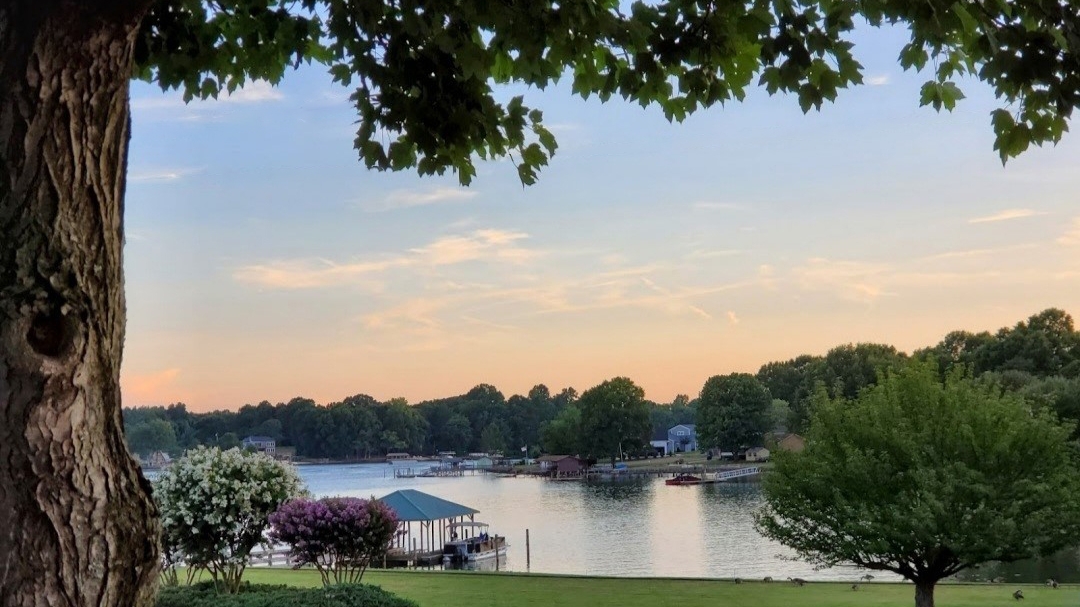 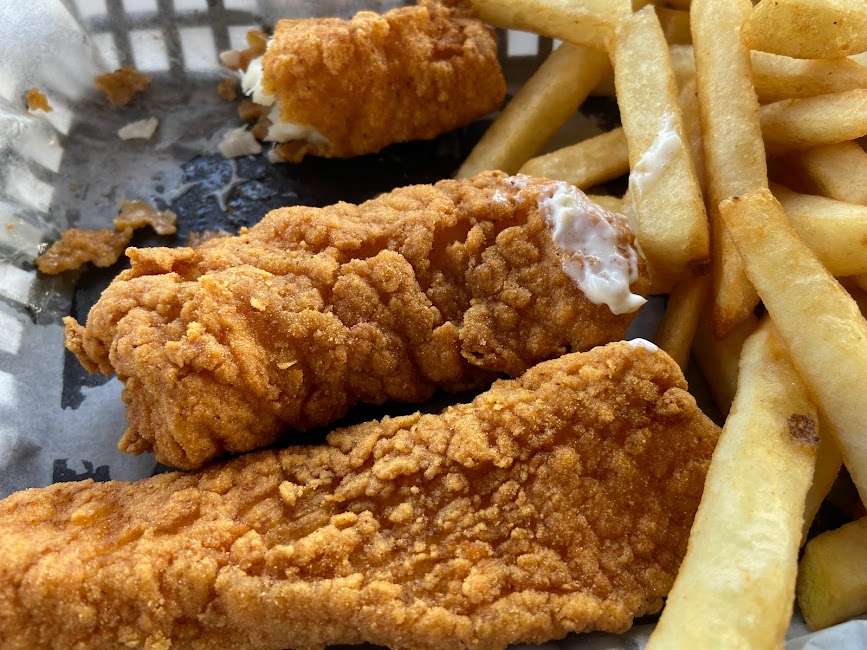 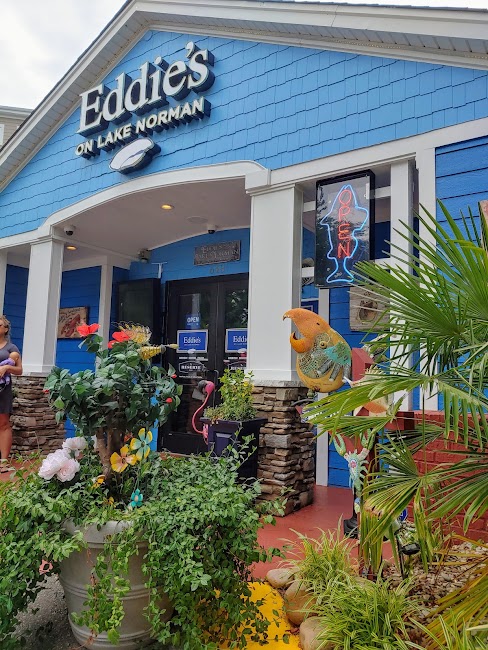 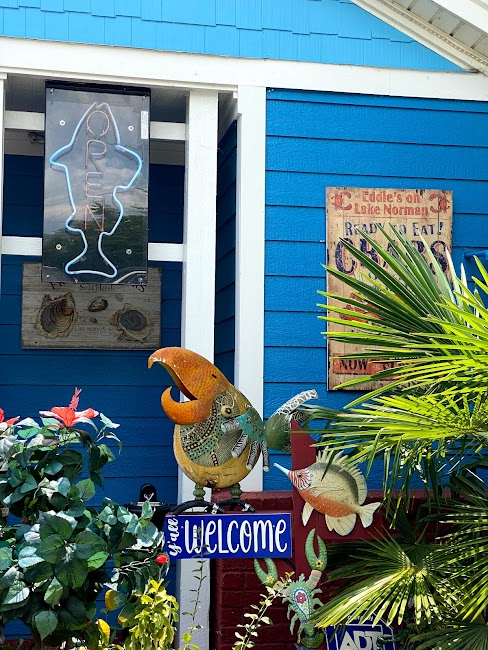 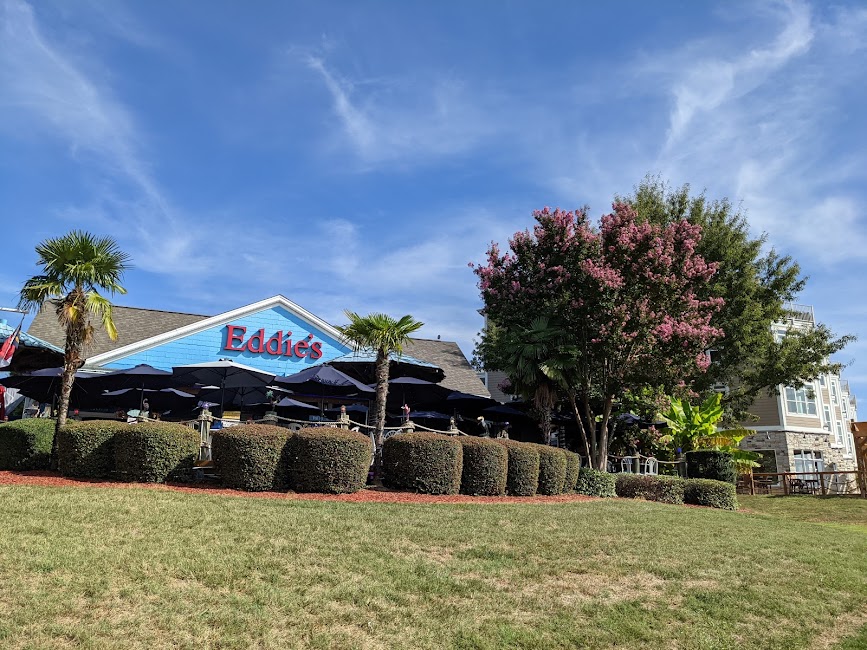 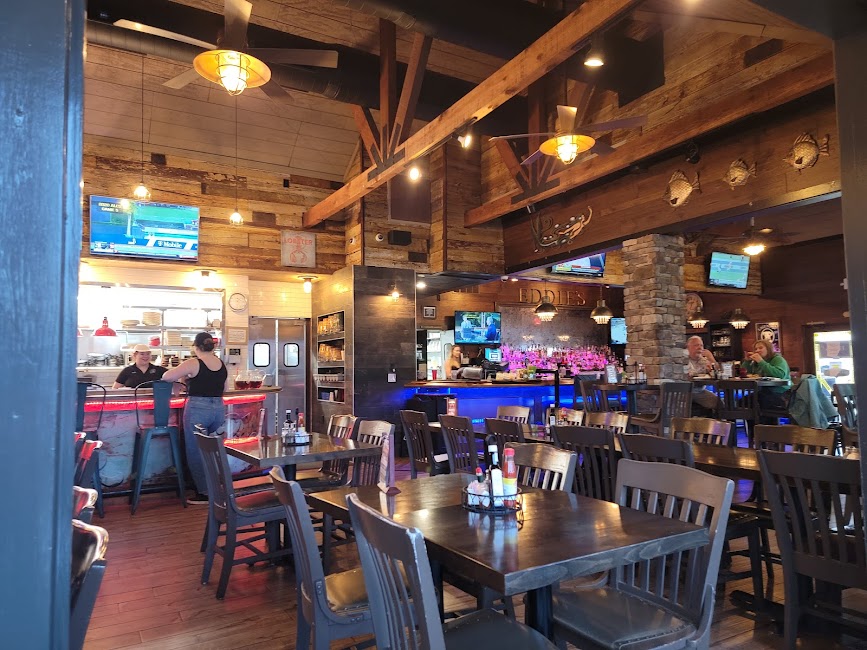 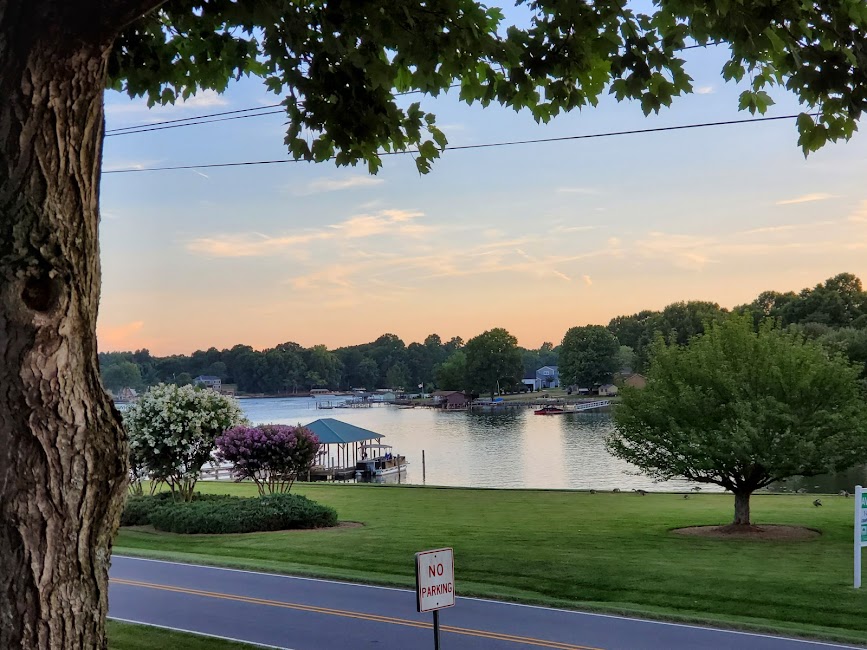 Food and service were great. The Shrimp Chowder and French Onion Soup were excellent. Melanie, our server, was so wonderful; great personality and on top of things! Beautiful view of Lake Norman. Next time we'll sit on the patio to enjoy the view even more!

Excellent lunch. I had the fried fish sandwich and my companion had the crabcakes. Both were very good, and the french fries were perfect. The server was busy but efficient and friendly. The place has live music, so it can get loud, and the menu is a bit pricey, but all in all, a nice experience. Outdoor patio dining is available.

I would've rated Eddie's a 5 star, except I had a very negative experience with one of the female outdoor bar bartenders. My daughter and I arrived and met a very sweet and efficient hostess standing at the front door. She took our name and number and said it would be about an hour to be seated outside. She also instructed us to go inside to grab a drink if we wished, and then pointed to several seating areas to wait at until our table was ready. We went inside and went to the end of the indoor bar. Waited 10 minutes while a group in front of us decided what they were going to order drink wise. As we were waiting, I noticed that several people came up, cut into that line and were served drinks. Shortly afterwards, a male staff member waved my daughter and myself to the outdoor bar and said we could be served faster there. We went outside and once again stood in line, but this time we were right at the bar. We were not greeted and once again I noticed that what appeared to be locals and bar regulars cut into line and get immediately served. 2 female patrons who were sitting at the bar offered to us their seats as they were getting ready to leave. Since we had already gone unnoticed and had already stood in 2 lines just to grab drinks, we took their seats as offered. As soon as we took the seats, a heavy seat female bartender with dark brown, shoulder length hair and tattoos came over and asked us if we were waiting on a table. I said that we were but that we just wanted to get drinks. Her response to me was that she would get me the drinks, but after that I needed "to go". I was shocked. She then said that as soon as she served us that "we needed to leave". She then walked away. When she came back, I told her that I had already stood in 2 lines and that I just wanted a couple of drinks, that I was already told the rules by the front hostess. She told me that I was being rude to her. She then snapped at me and said, "just tell me what you want". I could not believe how horrible she was. We ordered our 2 drinks and to make matters worse, she walked off, then went to the other female bartender and started talking about us. She brought the drinks and the check. I paid and still gave her a tip that she did not deserve. My daughter and I then left to find seating down closer to the water as we had already planned while waiting on our table. Our eventual waitress was very nice, her service was good and the food was delicious. This would've been an excellent experience with the exception of that bullish bartender with the nasty attitude. Maybe someone needs to tell her that she "needs to go".

Nice menu and good food. Just don't understand why we had a 20 minute wait. They said they had a big party to seat but more than half the tables were empty. After our meal all those tables were still empty. ??? Food was good though. 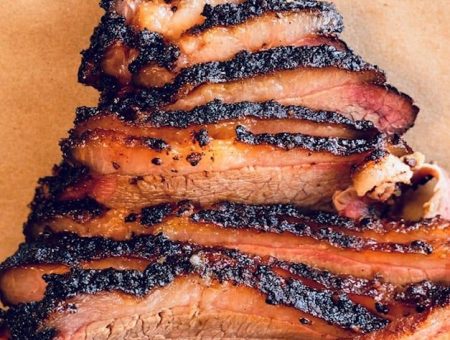 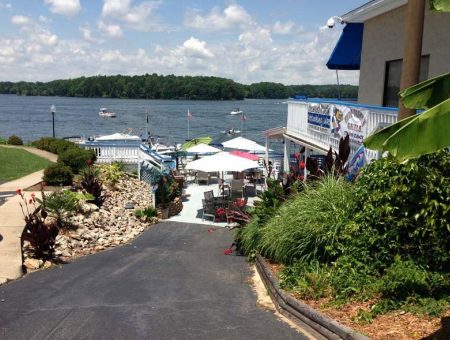 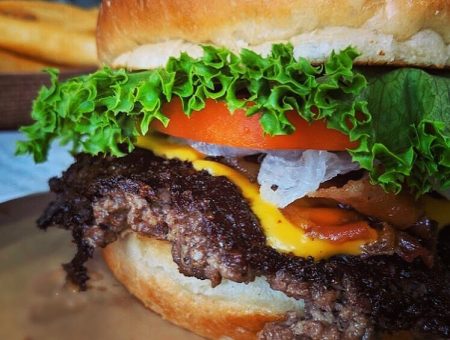