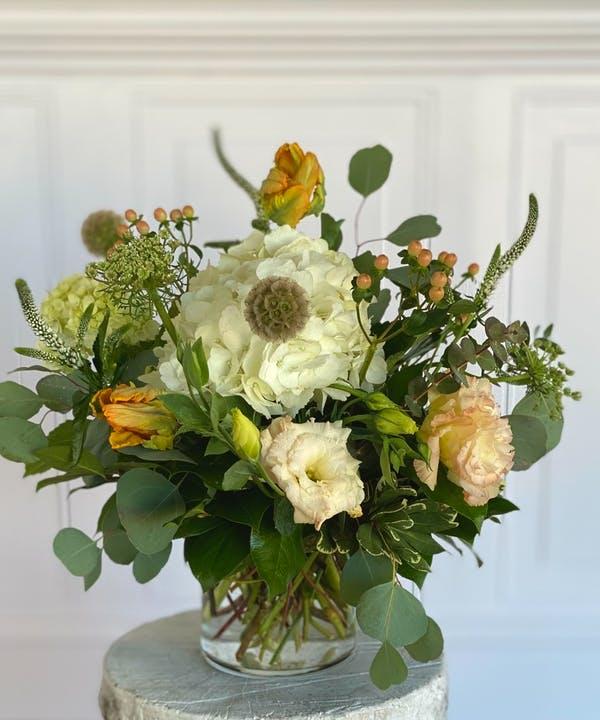 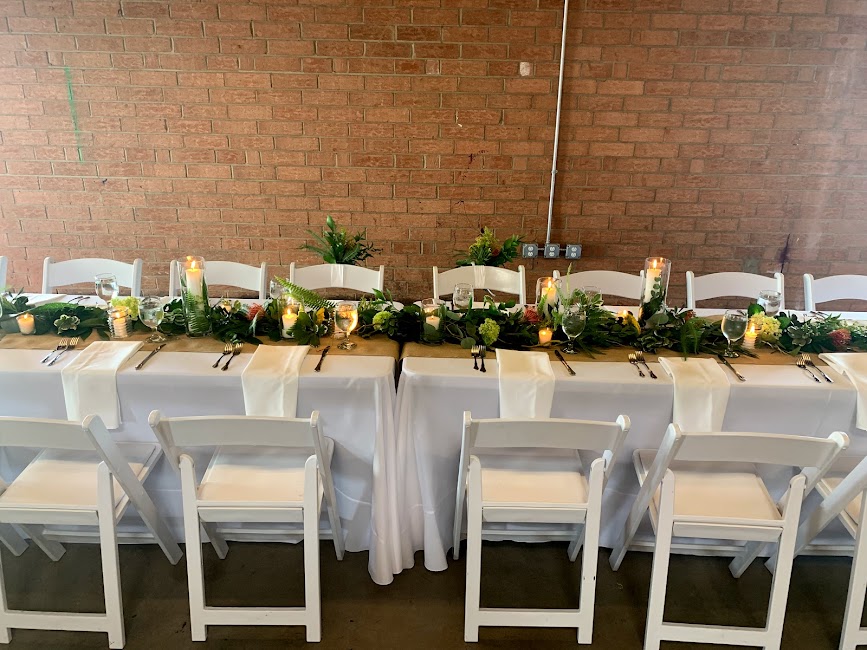 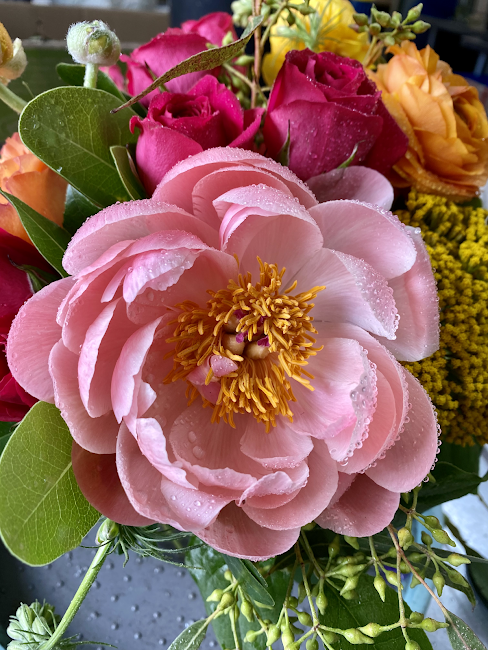 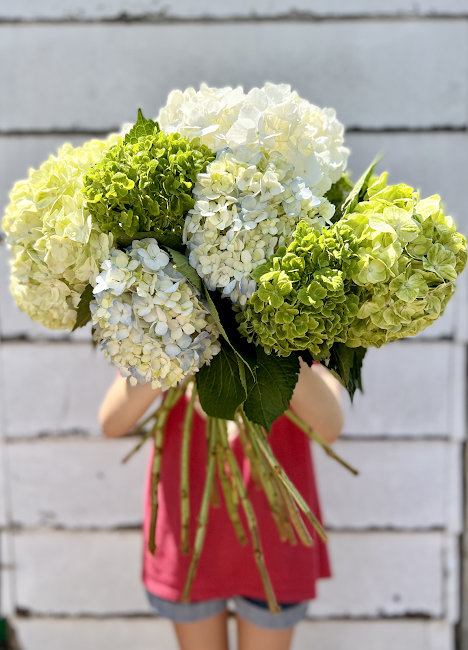 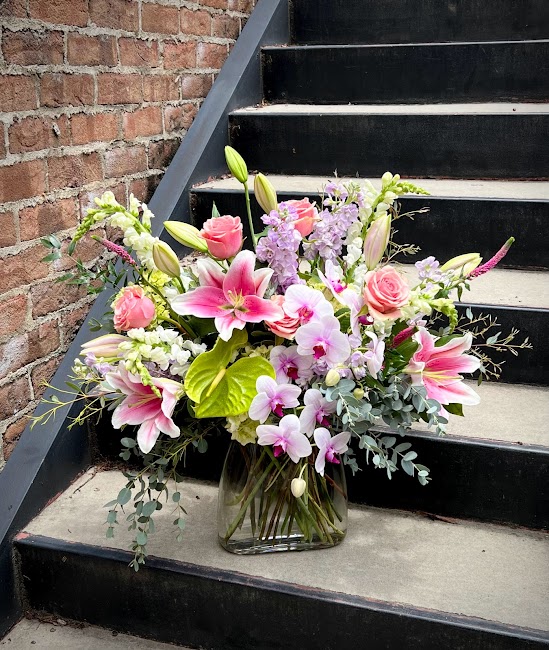 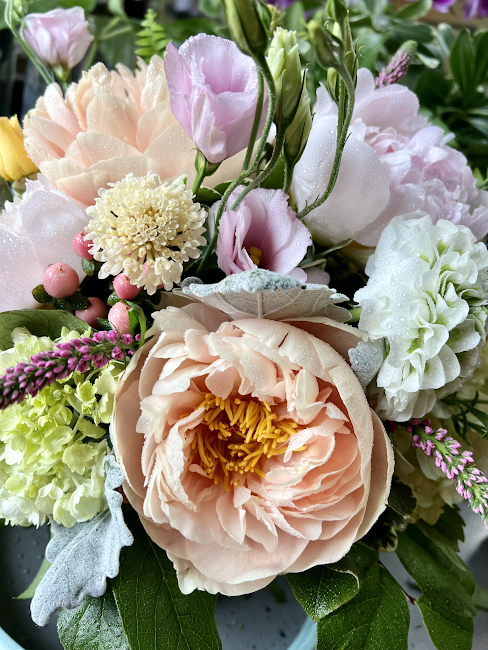 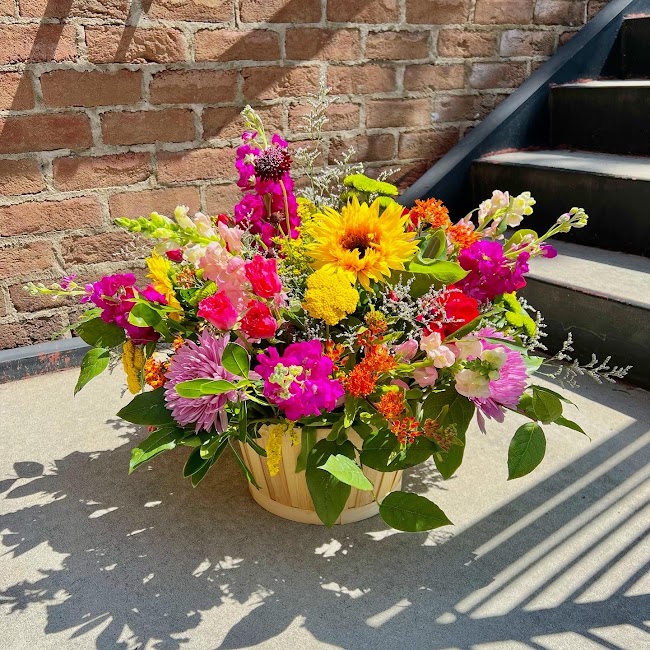 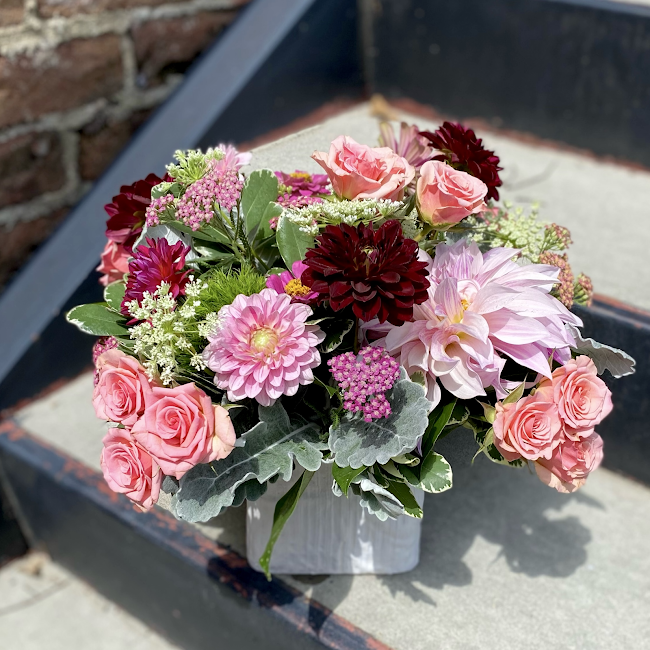 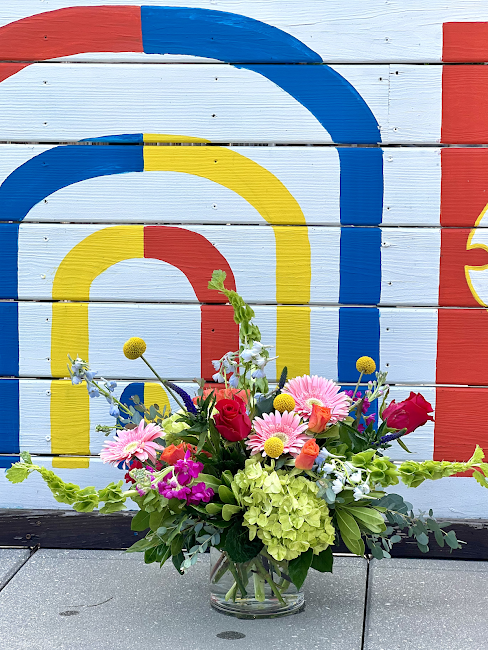 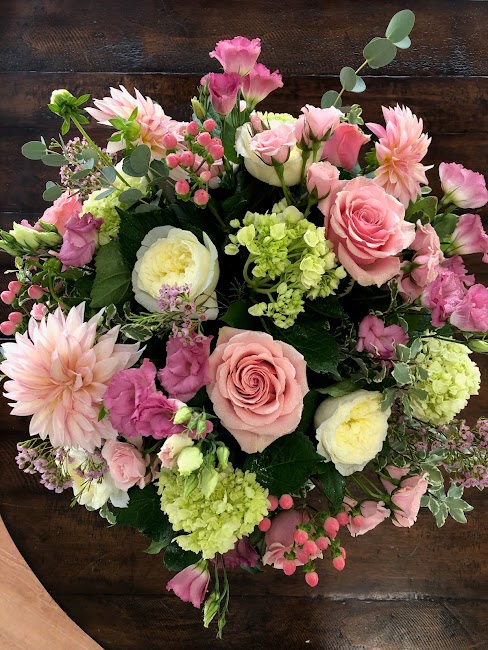 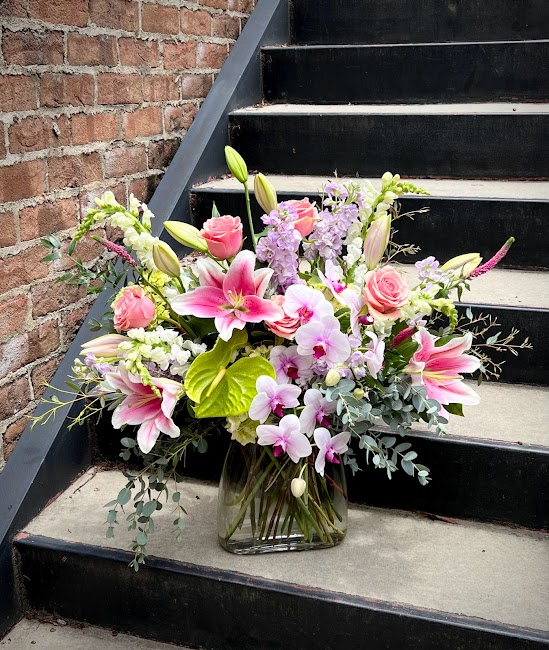 Had a hard day yesterday. So I stopped into this amazing floral shop. I asked for fresh cut stems. To my surprise my favorite flower was ready for me to pick out of the cooler. I was surprised to find a beautiful selection of premium flowers. Gorgeous ranunculus in multiple colors, poppies, garden roses and so much more. Also, I know people tend to search high and low for blue/white hydrangeas and I saw a large stock of these in house. Again, thanks for making my day a bit brighter

I work at Ladies of Lineage in Charlotte, NC & we have a weekly floral arrangement delivered by Blossom Shop. Everyone we work with is SO friendly and pleasant. Gabe & Debbie who deliver to our showroom always make sure our flowers stay fresh throughout the week and the arrangement meets our expectations! Whether for an event or a weekly arrangement, I couldn't recommend The Blossom Shop more.

The friendly staff at The Blossom Shop was amazing when I needed "Get Well" flowers delivered! Both my employee and I were very happy with the lovely arrangement. I highly recommend them for all floral needs in the Charlotte area!

Wilted Flowers and poor, insensitive customer service We contacted The Blossom Flower Shop to order flower arrangements for an unexpected family funeral. We requested specific flowers in honour of the deceased, and the florist quoted us a premium rate which we accepted. But when we went to pick up the flowers, I was shocked to discover that, while two sidepieces were serviceable, the central arrangement was completely different from what we had discussed AND the reference photos we had sent. Not only did the florist try to pass off different, cheaper flowers to us (while keeping the premium rate), but many were also WILTED. When I pointed this out to the owner, he had the gall to deny it while standing next to the bunch of old flowers. The owner had also completely changed the colour scheme we had requested, as HE felt it was inappropriate for OUR occasion and he knew better than us. When we asked him to honour our requests which he had accepted, the owner protested that we had only given them a short lead time for the order a funeral order for a SUDDEN death in our family, which we had explained to him off the bat. The deceaseds daughter was with me and almost cried! The insensitivity and selfishness was astounding. I still cannot believe how much the owner of the Blossom Shop bungled our order, but, more than anything, I am shocked at how rude and incompetent he was and at a time of intense grief for us. Any families suffering bereavement should beware of the Blossom Shop, as should any happy couples considering it for their weddings unless they are comfortable being told how they should celebrate properly and taking whatever flowers he deigns to give them, in whatever shape he says they are. **** I am not gaining anything from writing a bad review for The Blossom Shop. So just to briefly to clarify a few things Jon has raised in his reply: 1. Other reviews also mention the poor quality of flowers/ wilted flowers being sold by the Blossom Shop, so I see no need to further comment on this matter. Im sure that customers can form their own opinion about this. 2. Speaking of lying, The Blossom Shop didnt offer us a refund, this is incorrect. I had to demand one myself. 3. When Jon says and thought it fit the request, he proves my point. The Blossom Shop chose to decide what they deemed an appropriate arrangement for the occasion, while not taking into consideration what WE wanted. Again, there are other reviews that mention exactly the same issue, so I see no need to further comment on this. 4. Calling a disappointed customer a liar shows how this business operates.

If you are looking for a florist in Charlotte, don't waste your time looking any farther than the Blossom Shop. John is incredibly easy to work with, understood our concept better than we did, and executed it flawlessly. I normally don't notice things like flowers, but the arrangements they did for us were too beautiful not to notice. When we met to discuss what we were hoping to achieve at my son's rehearsal dinner, John was helpful and honest. He did not upsell us which I truly appreciate and he and his team provided exactly what we hoped for. I wish I had a florist that good in my home town. Charlotte is fortunate to have the Blossom Shop. 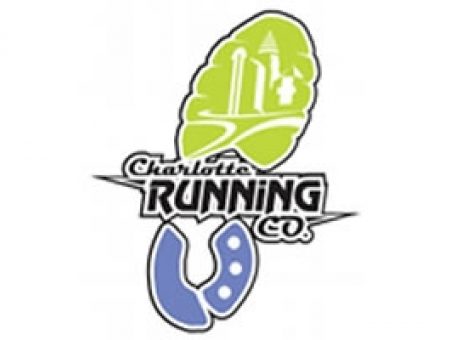 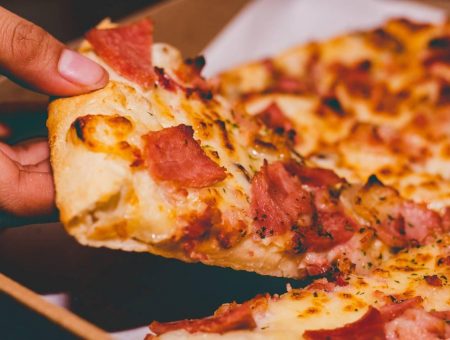 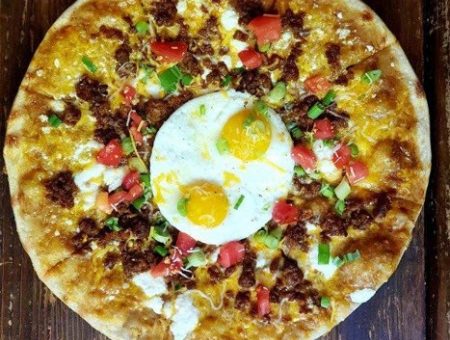 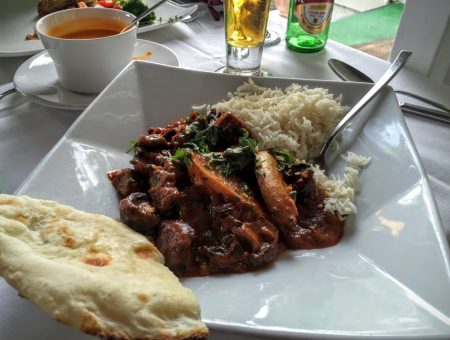