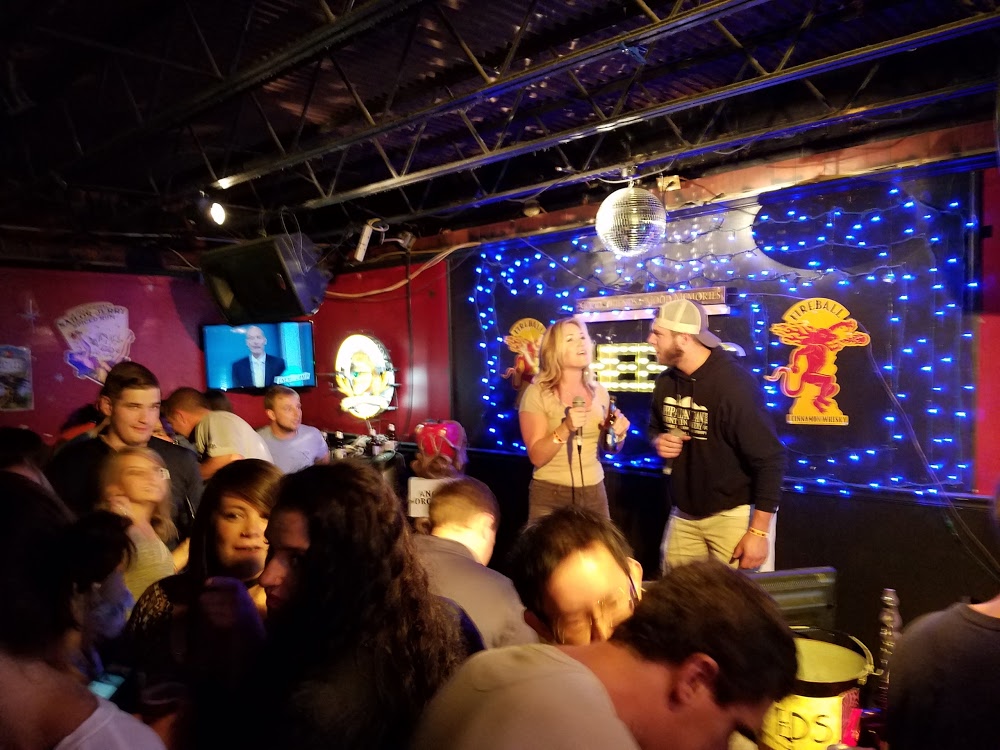 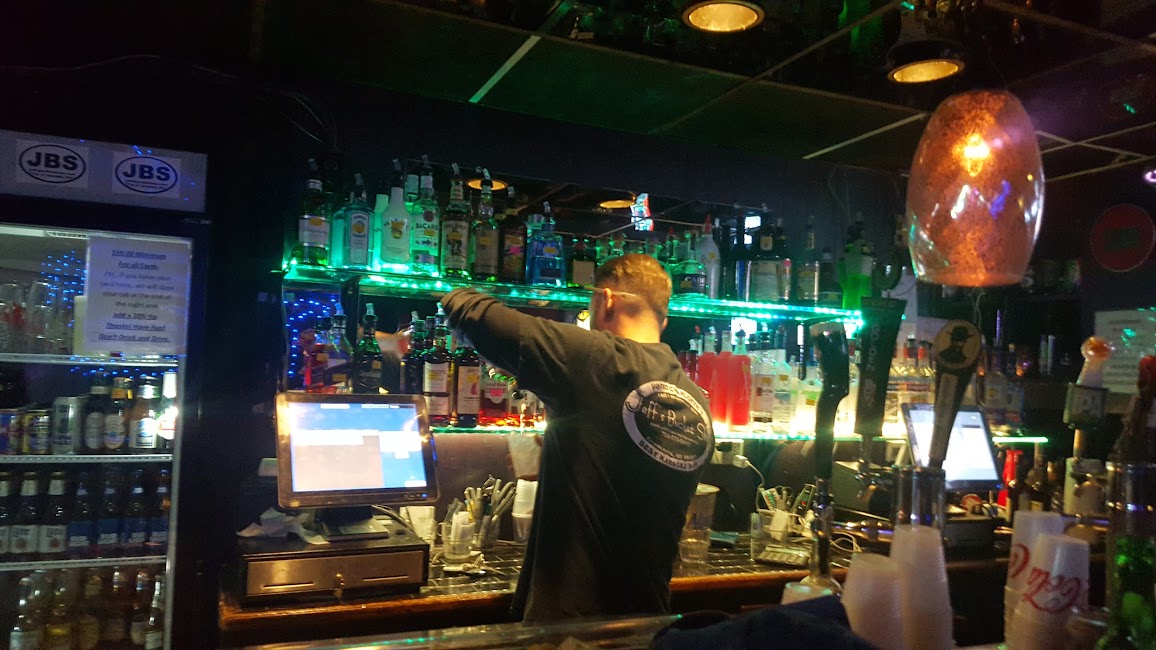 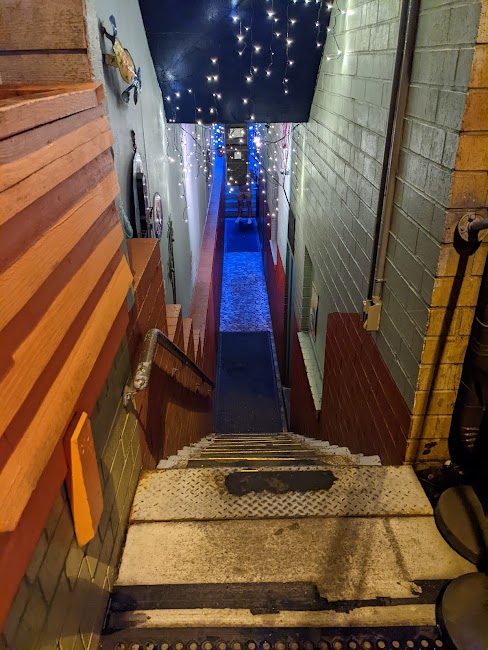 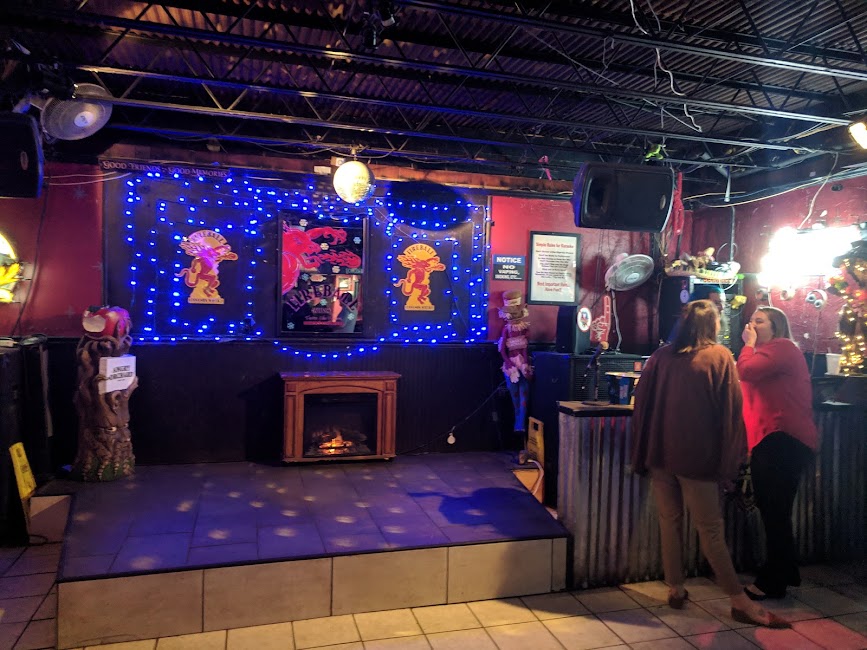 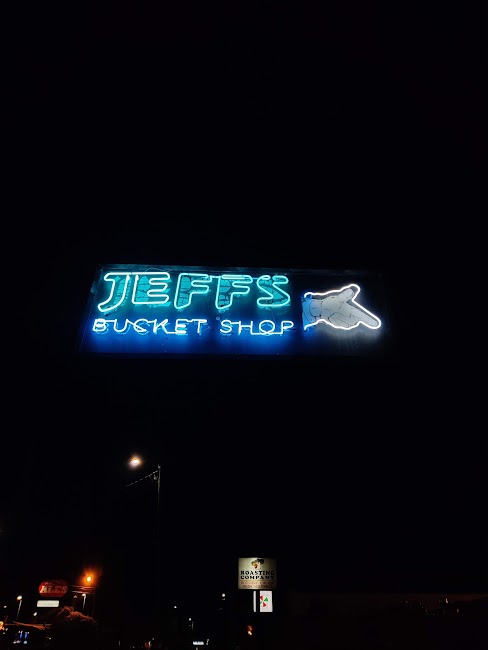 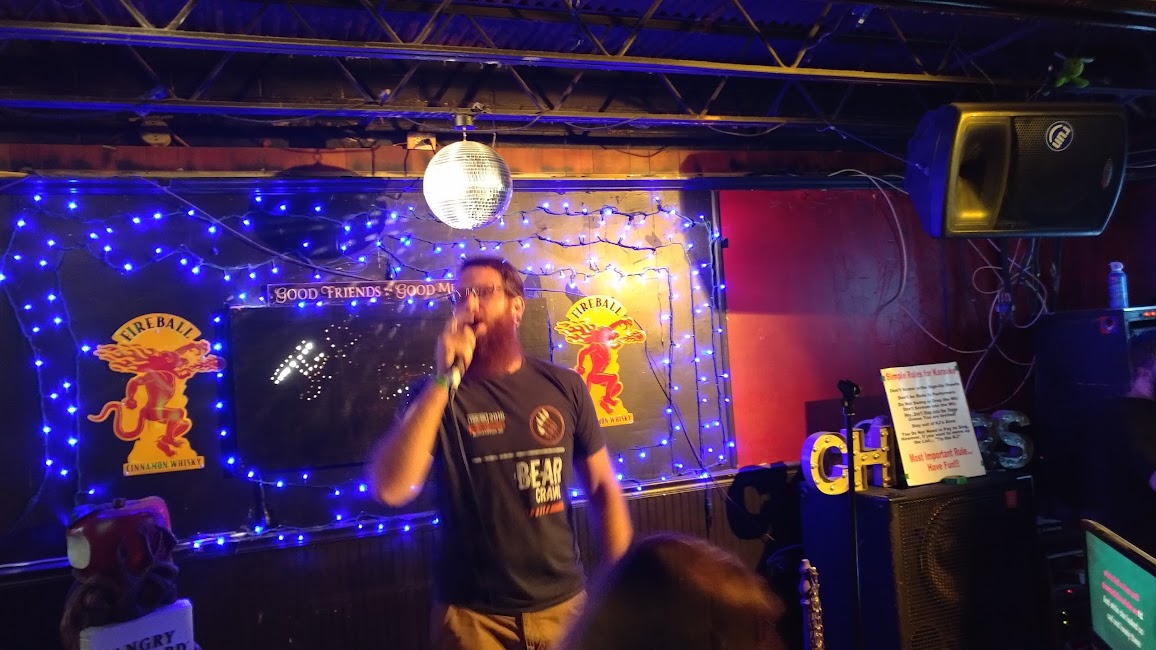 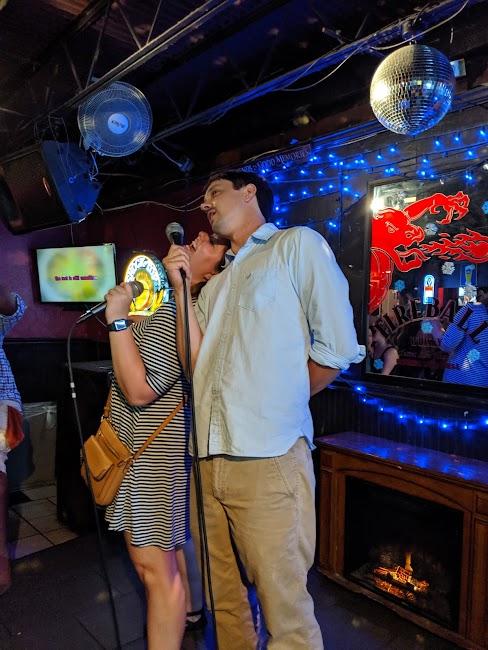 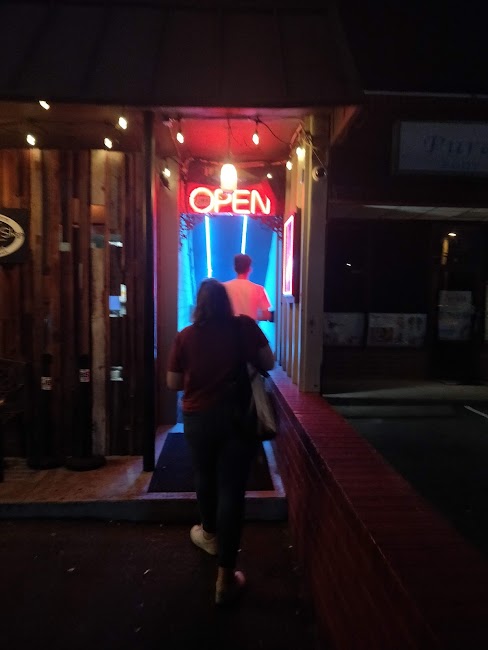 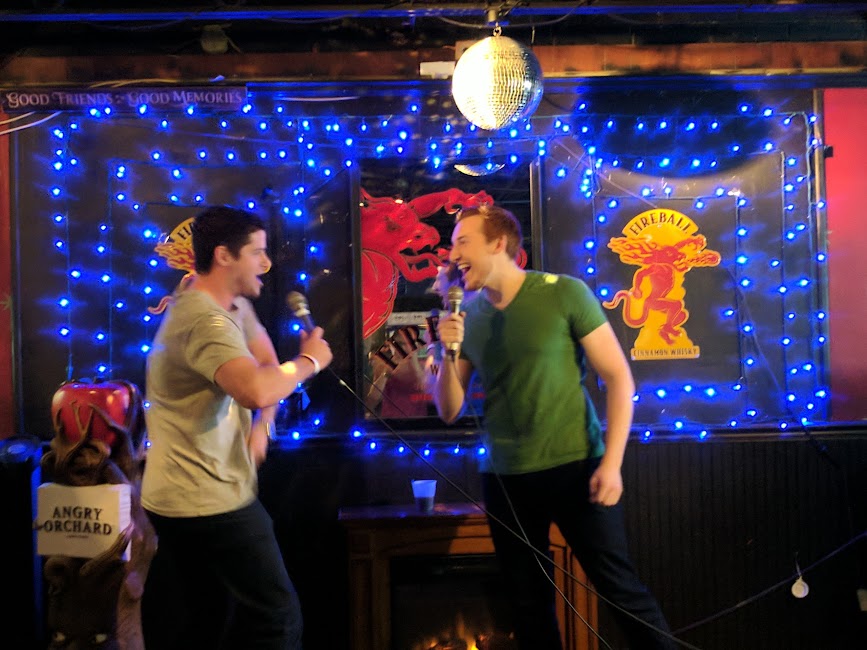 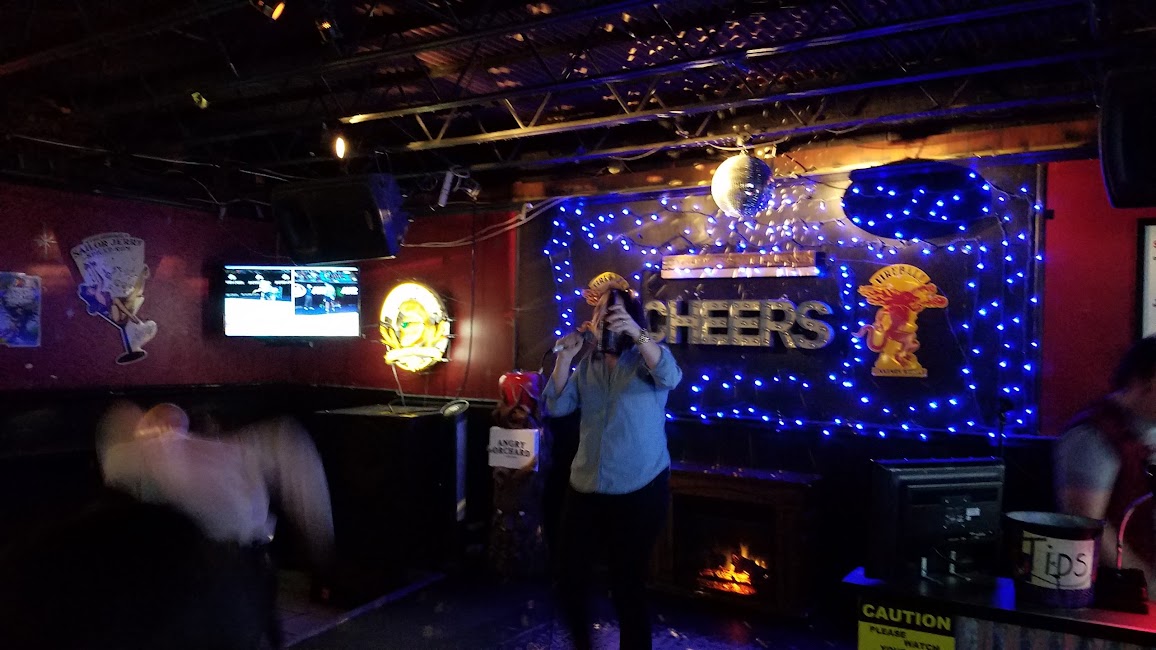 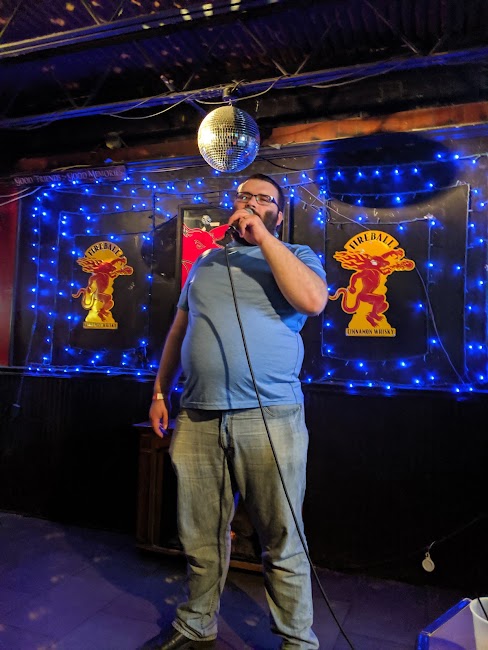 It is deceivingly small and intimate. Great singers show up regularly. Alot of fun. A good mix of ages and tastes. Food is pretty good too - Jose will brag on his Philly cheese steak and it's tasty.

F. U. N. What a great group of intoxicated people. Enjoyed the tunes of quite a few chipper folk. A+, would return with a smile!!!

10 of us came out to Jeff's Bucket Shop with some stand up comedians after a show. Someone recommended that we go sing karaoke. DJ Jend was running the karaoke and while there were over 100 people in the room and most of them were signed up to sing, she apparently took a $100 tip from another customer to allow only their group to sing. We were there three hours and from the 10 of us, one of us got called up while that other group sang at least 2-3 times each. Every other song, and sometimes back to back, were from their group. We came to sing and have a good time, but instead we were treated to an awful show by some terrible singers who were apparently able to buy the mic for a measly $100. First time I'd been here in 2 years, and every time before was a great time, but if I ever come back and DJ Jend is running the show, I won't stay. I recommend getting someone who actually puts the people on the list up on stage. Should have taken a picture, but if you could see the lists and how the entire yellow notepad was filled with names and songs, but only the group was crossed out while the other names were ignored. So disappointed.

Great night of karaoke for everybody. Recommend it if you don't mind a small room. Had a guy sing Oopps I Did It Again crush that song and make it his own.

Disgusting! Expensive! People spilled drinks and the bartender didn't care so the floor was sticky. People broke glass on the floor and instead of sweeping it up they just kicked it to the side of the wall. It's a lawsuit waiting to happen. Went on a night where the well tequila was supposed to be on special ($4) and they charged me normal price ($8) for a small cup. Couldn't taste the alcohol at all. 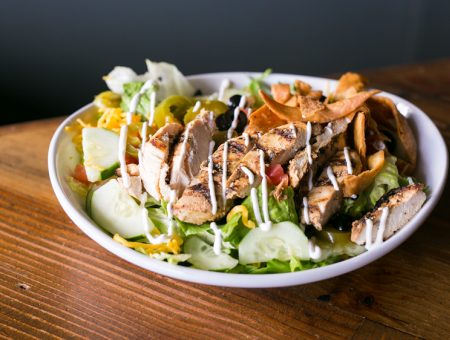 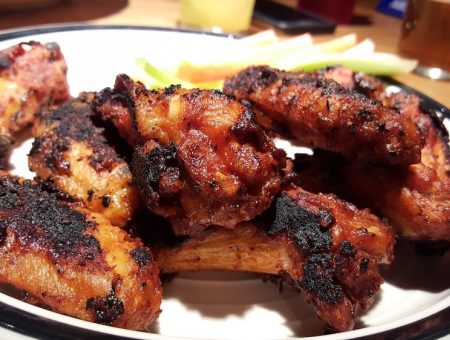 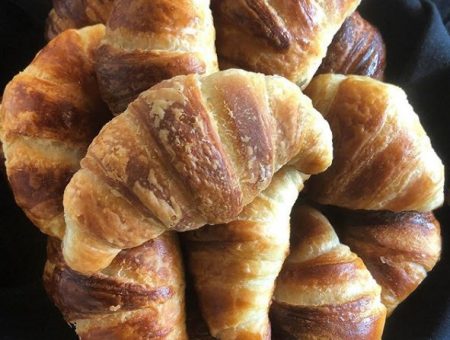 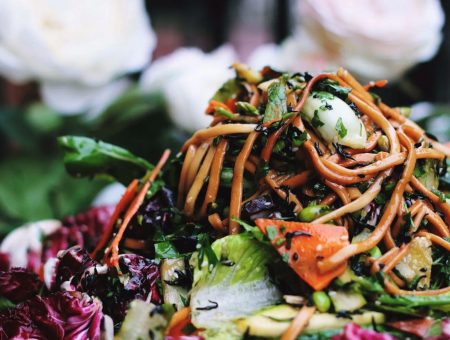