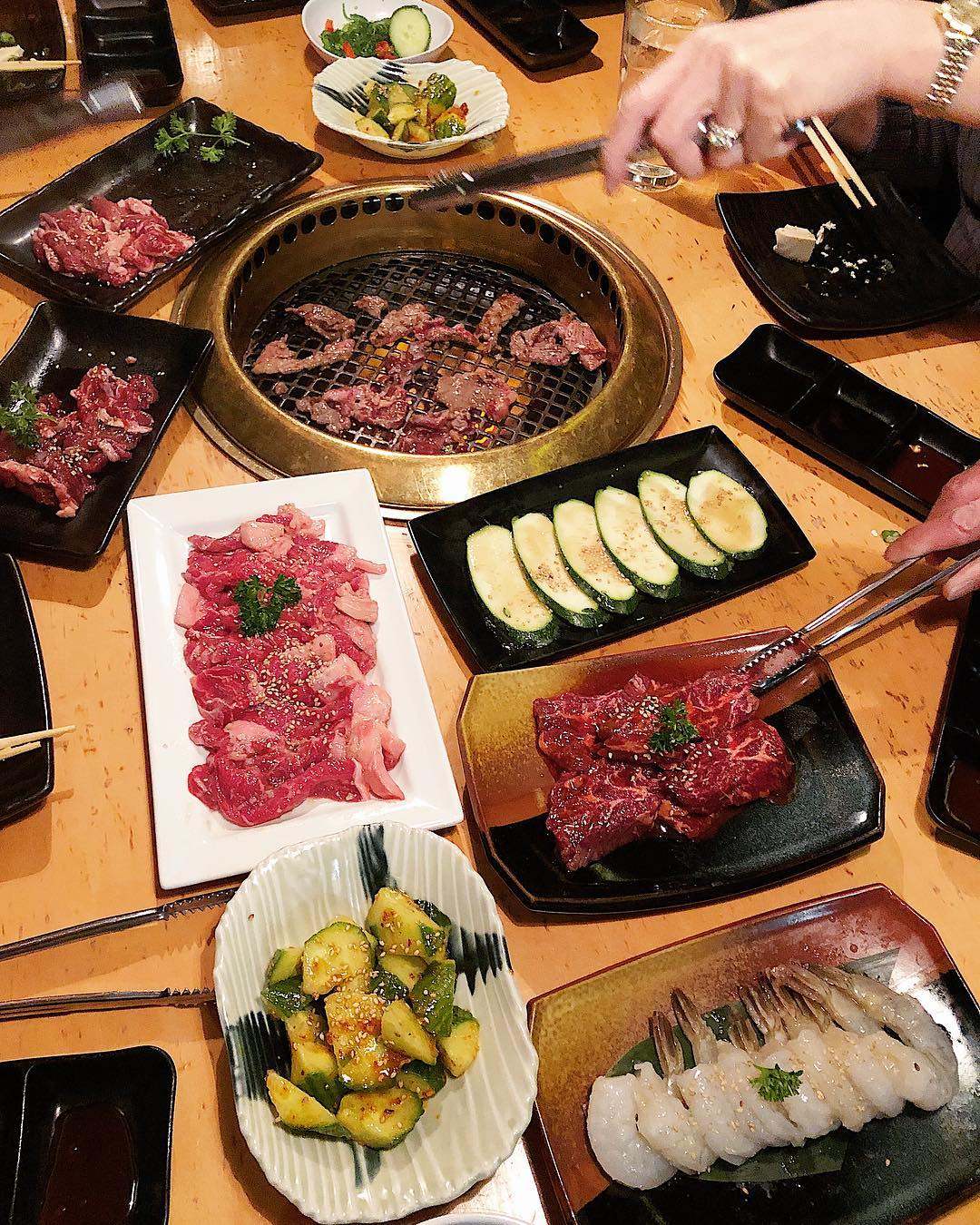 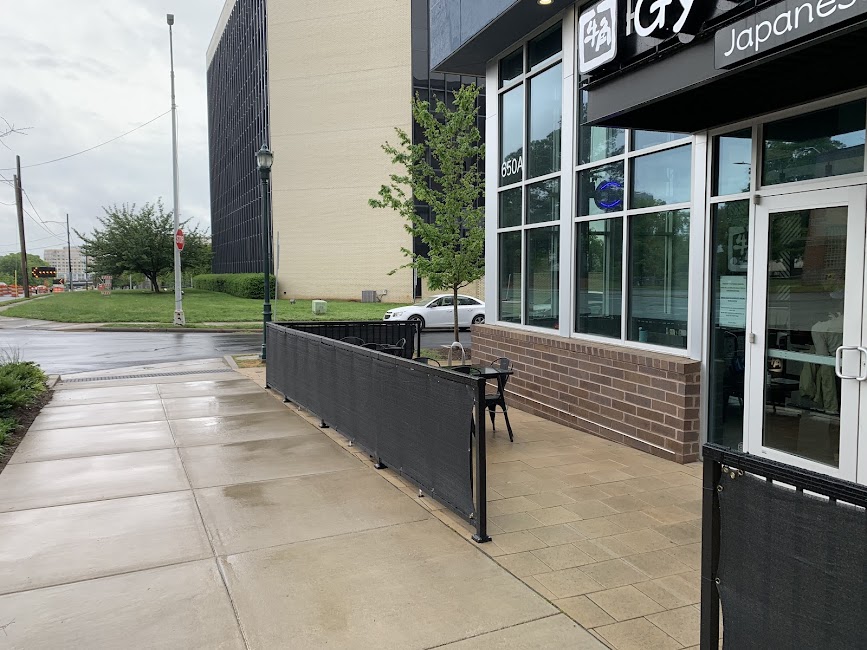 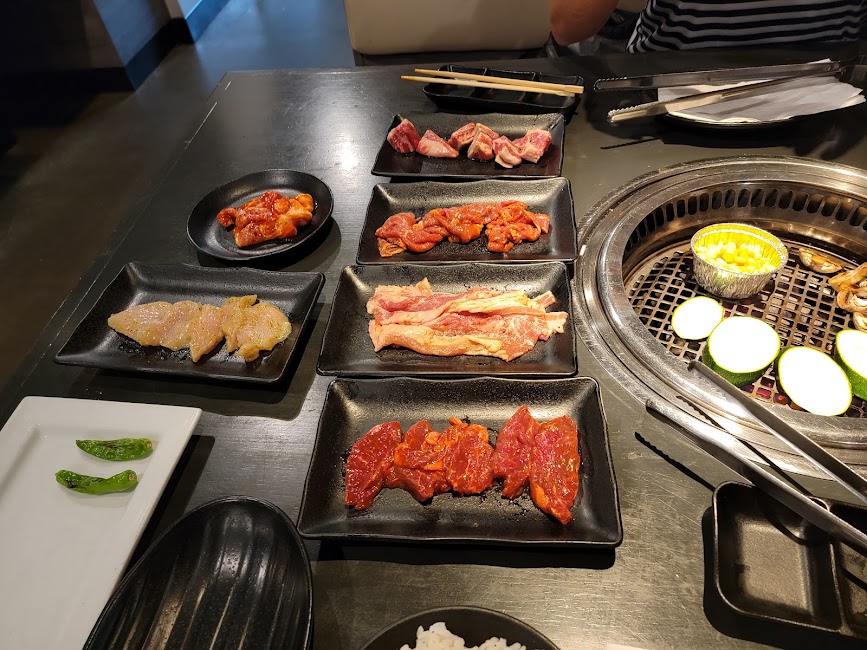 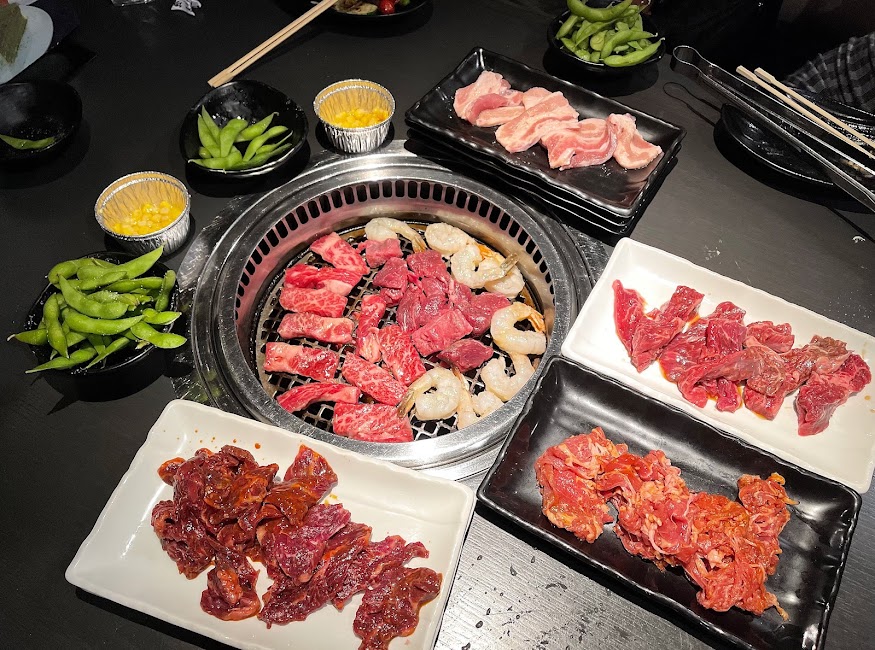 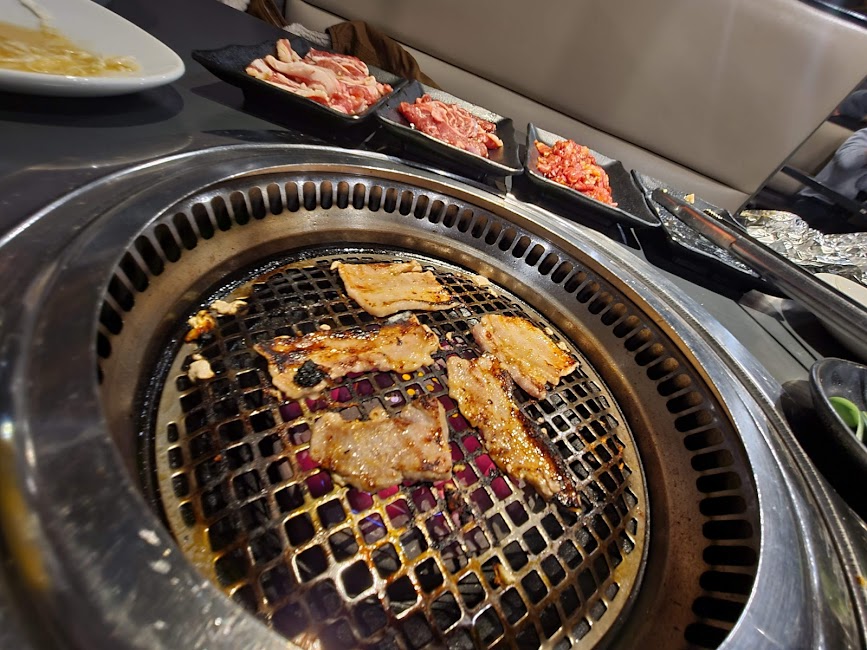 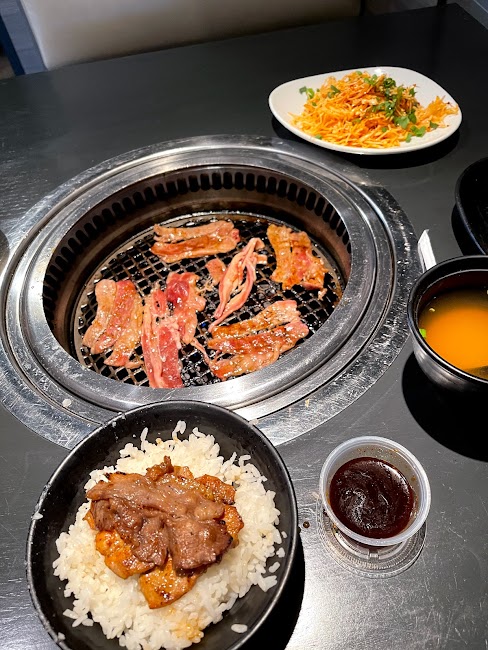 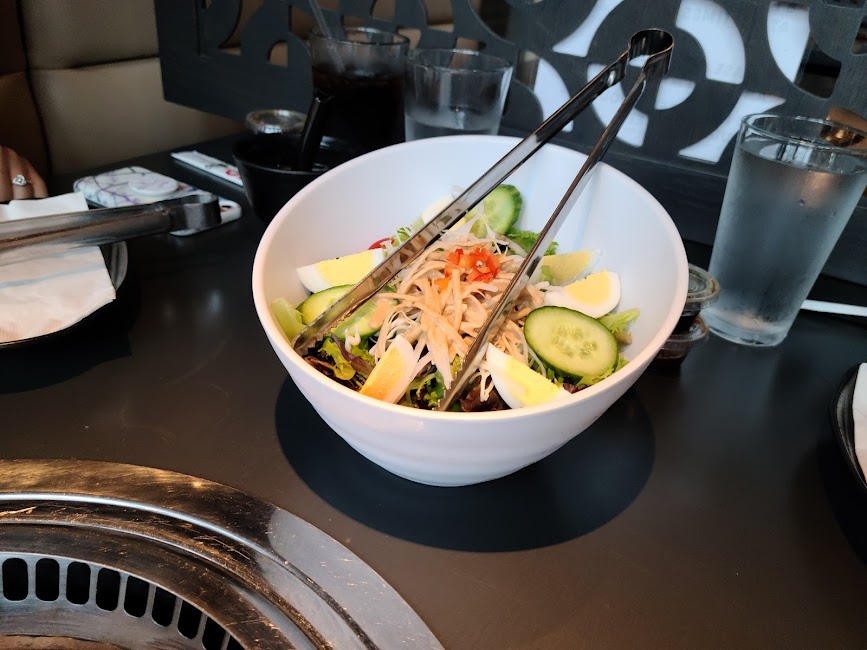 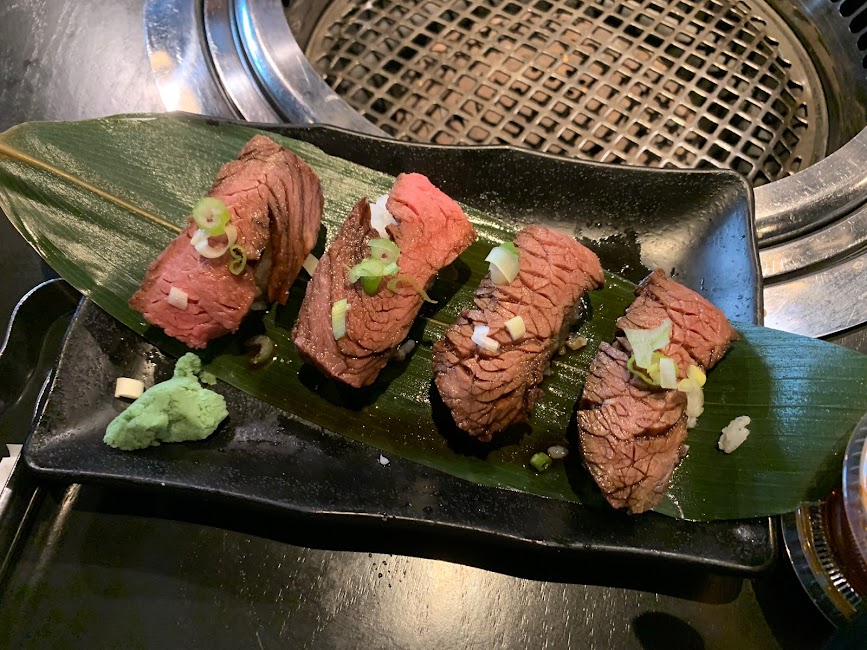 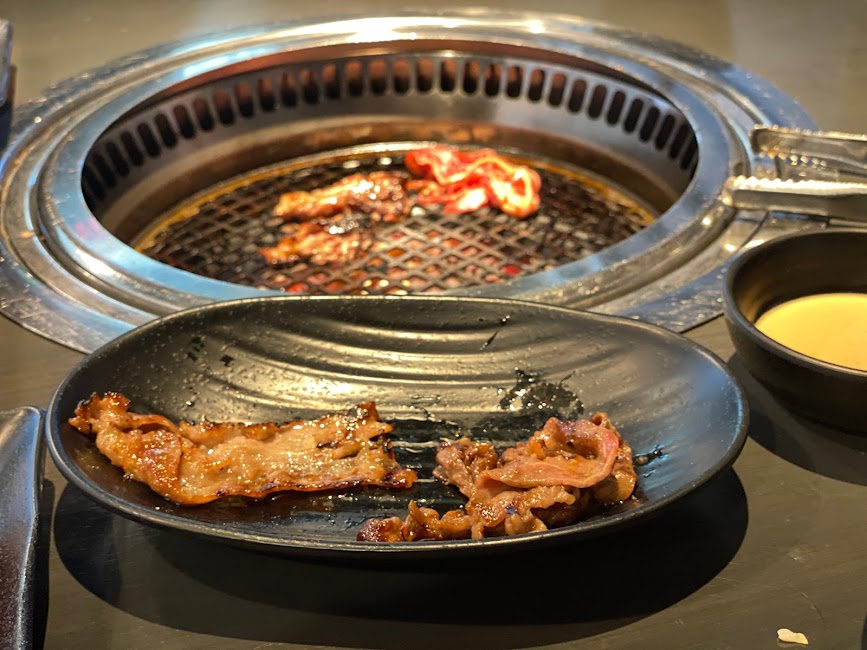 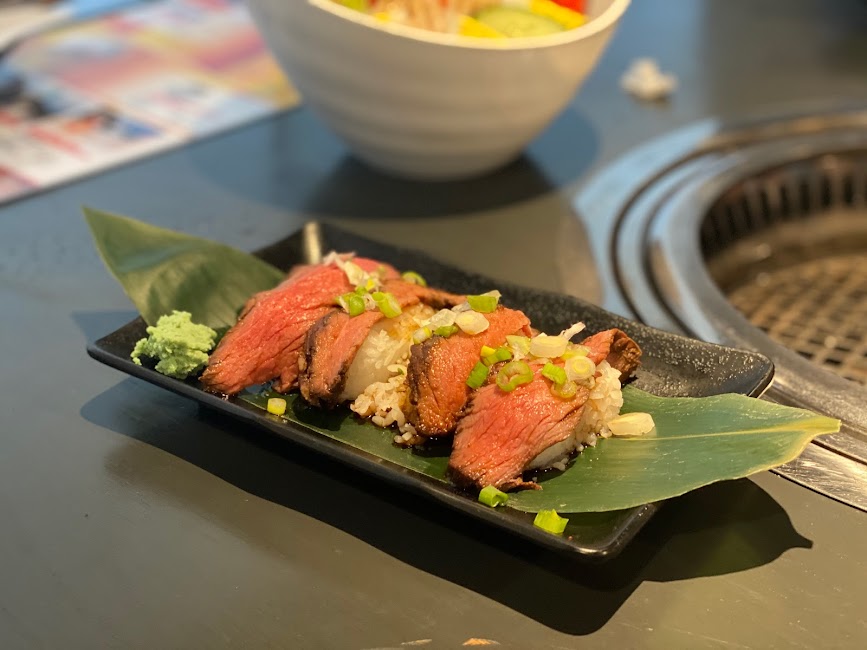 My new favorite restaurant! OMG, the absolute best!!! Everything was seasoned to perfection. My Mango drink was delicious and my friend got the frozen sangria and loved it too!! The entire experience was so cool! I truly didn't know what to expect, but it exceeded my expectations. The service was fantastic too. Don't miss out on this awesome restaurant...GO NOW!!!

Really enjoyed eating here, very unique place to eat. They have all you can eat options starting at $45/person ages 13-59 and $25/person ages 6-12 with a 90 minutes time limit with 37 items. We did a Ninja BBQ Course for 3 people at $100. You get 5 starters, 8 bbq items, and 1 dessert. There are cheaper options starting at $70 for 2 people as well. You also have the option to just order individual dishes if you wanted to as well. They have a wonderful alcohol selection as well. I would definitely come here again. We didnt make a reservation and just walked it, however, we got really lucky because they were not busy at the time as well. It was difficult to find parking due to the construction going on around there at the time, so plan for that as well.

Food was ok, but some servers are just awful!!! WARNING!!! Dont go if you expect happy vibe. They do not have smile but only poker faces, and they just want to kick you out with their discourtesy and impatience. Will never come!!! When we went tonight, the waitress was trying to be as unpleasant as she could because at first we did not know the menu was changed. She used a very very very impolite and offensively weird body language without saying a word trying to order us to pass down the menus or something!!! Then when we started to order for all you can eat ($55/person), she became so unhappy because we did not follow the rules which she never claimed or explained to us. After we asked her, she just was not capable of answering in a clear way or making us clear. Then she kind of lost her temper and started to behave funny. The worst situation we ever faced in a restaurant that we came for more than 3 times. Without even explaining, she brought a guy to talk to us, so we nicely explained our concerns and requested to change our waitress, but the guy just insisted to let the same waitress serve. So we were like its fine, lets be happy and start over following the new rule. Then she again stopped me in middle and questioning me. After our first round of food were on table, she never showed back up for a all you can eat situation. Suddenly, I found that she just kept glaring at me with the worst anger for 30 secs constantly. I felt threatened and felt so scared as if she would come and slap on my face. I asked her why that was and she ignored me so another waitress came and told me she did not know why the waitress was being like that and I was literally crying for being treated unfairly. The nice lady waitress also admitted the other waitresss improper manner and offered us free of charge, which we declined. Because we did not come for that, and we did not want to take any advantage of the restaurant. At the end, the nice lady waitress was so kind and nice, and we ended up tipping her more than the top-recommended rate. The total we spent for four people was almost $300. Ridiculous HR management and worst waitress ever!

Highly recommend! Went here for my birthday and can't wait to find another excuse to go back. Great service, flavorful food and interactive experience! Also a really good value for the price! Best idea for a date

Magnificent establishment! The food is delicious and fresh. I love the idea of cooking all the meats to perfection myself. Totally interactive for all involved. Virtually impossible to be on your phone or to have a badd time! 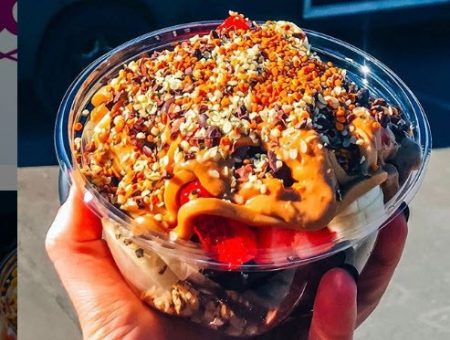 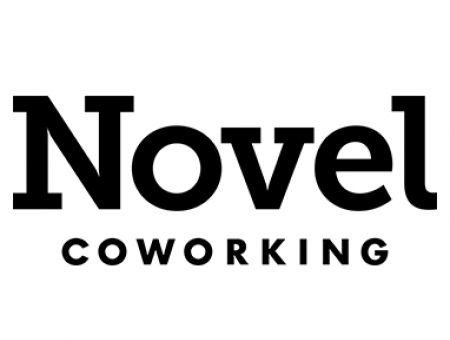 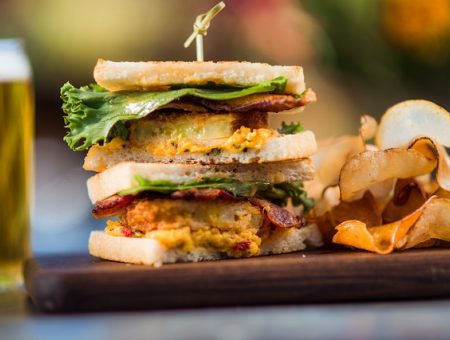 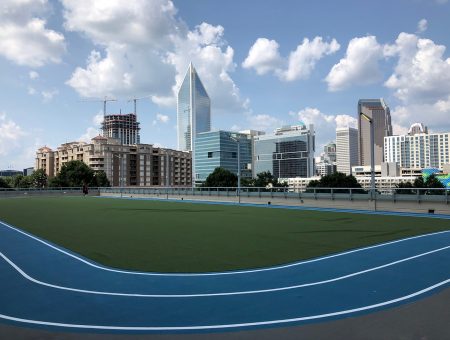