History of Basketball in Charlotte

For 60-plus years, Charlotte has been a hotspot for high-energy tournament play.

This month, the Queen City welcomes the biggest names in basketball—along with all the fans and paparazzi who follow them—to the NBA All-Star Tournament. The tournament is the latest in a long history of basketball competitions hosted in the hometown of All-Star Team Captain Steph Curry. In fact, one can argue that it was because of basketball tournaments like the 1994 Final Four and the annual CIAA Men’s and Women’s Basketball Tournament that Charlotte is all that she is today. 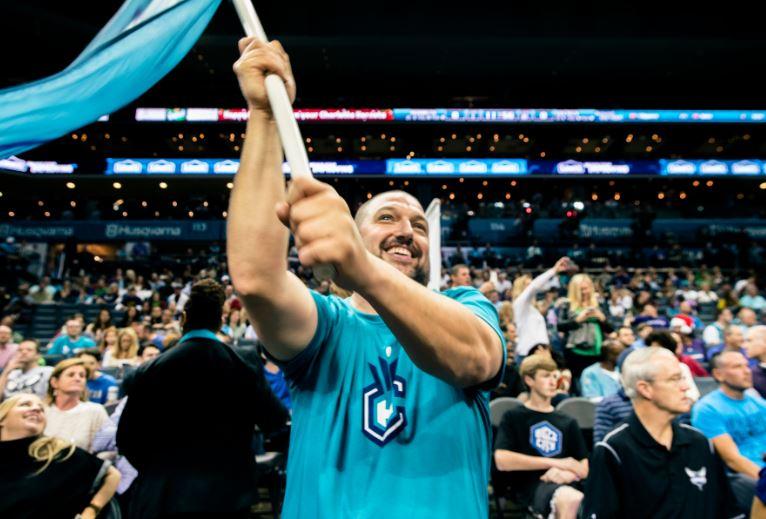 It All Started with the Charlotte Coliseum

In 1955, the Queen City put her stamp on the world by opening the Charlotte Coliseum. The 208,400-square-foot East Charlotte sports arena housed nearly 10,000 seats, and at the time of construction, was the largest unsupported steel dome in the world.

Now home to the Charlotte Checkers, the AHL affiliate of the Carolina Hurricanes NHL team, the historic building maintains its strong basketball ties: In recent years, it’s hosted tournaments like the 2010 Southern Conference and the annual CIAA Women’s Basketball Tournament. 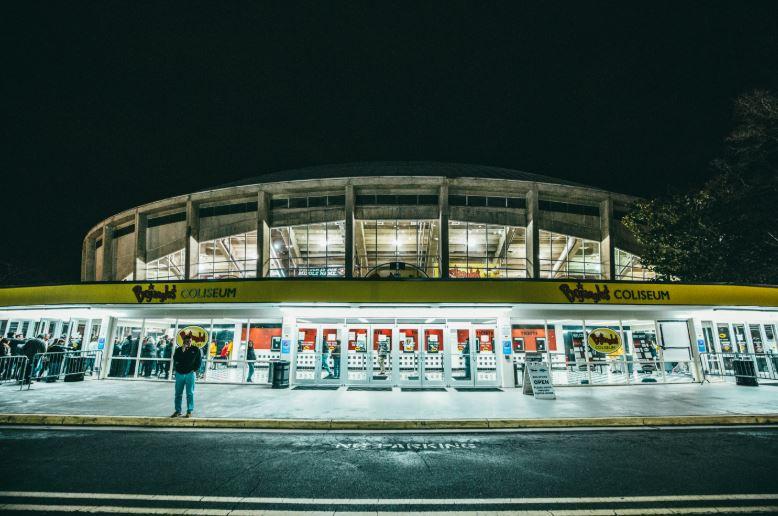 The Future is in Uptown Charlotte

The limelight didn’t really shine on Charlotte as a host city, though, until the 1994 Final Four, four years after a new 24,000-seat Charlotte Coliseum replaced the original coliseum. When it opened, the venue was the largest basketball-specific arena in the world. And when the Final Four came to town, the Queen City pulled out all the stops—even lining Billy Graham Parkway with newly planted Yoshino cherry tree as an estimated crowd of 50,000 came to town.

While the games may have been played at the coliseum, the party was, for the first time, in Uptown. Before the Epicentre, the Spectrum Center and the NASCAR Hall of Fame, hosting anything in Center City was unheard of. Sure, financial institutions were sprouting up along Tryon Street and plenty of Charlotteans worked in Uptown offices, but after work, they went home. The now entertainment hub of the city was a ghost town in the evenings and on weekends. Yet, event organizers saw potential and planned a Street of Champions along South Tryon Street from Fourth Street to Stonewall Street.

Empty storefronts described as “crusty and deserving of a wrecking ball” in a Charlotte Observer editorial were converted into temporary restaurants and bars by local restaurateurs. A Jazz and Blues Café played standards, a Boardwalk Boogie played shag music, and a Diamond Spur played country and western tunes. The success of the 1994 Final Four Street of Champions gave city leaders a glimpse of what Uptown could be and what it is today. 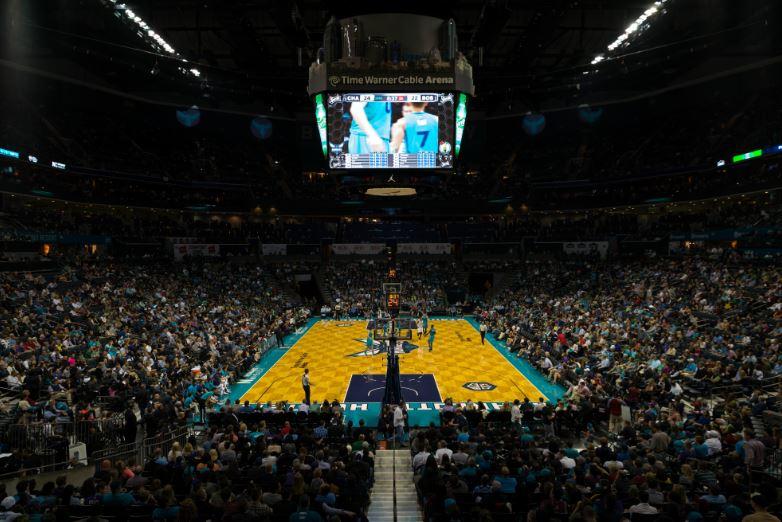 The other big tournament that solidified Charlotte as a venerable host city is the Central Intercolligiate Athletic Association (CIAA) Men’s and Women’s Basketball Tournament, which has been held in Charlotte since 2006. The tournament, founded in 1912, is the country’s first African-American athletic conference and one of the most recognized NCAA Division II conferences in the U.S., and the only one that hosts both men’s and women’s tournament in a weeklong championship challenge. Led by Commissioner Jacqie McWilliams, and headquartered in Charlotte, the conference includes 13-member institutions from North Carolina, Virginia, Maryland, Washington D.C., and South Carolina. Each year, it draws over 150,000 fans to Charlotte for what is more a celebration of African-American culture and heritage than a basketball tournament. (Although, it’s worth noting Charlotte’s Johnson C. Smith University has won the tournament twice since it’s been hosted in town. We have talent, too.)

Beyond the games, the CIAA’s mission of tradition, leadership and community is evident in its community events, including middle and high school education days, the CIAA Minority Business & Leadership Symposium and a career expo. A free two-day FanFest, held annually at the Charlotte Convention Center, allows local vendors to highlight their products and offers fans such exciting entertainment as the Miss CIAA competition, step shows, a battle of the bands, and performances by iconic artists. This year, the CIAA celebrates its history and over 13 years in the city of Charlotte with a “Live The Legacy” theme honoring student athletes, Hall of Fame legends, celebrities and notable alumni. 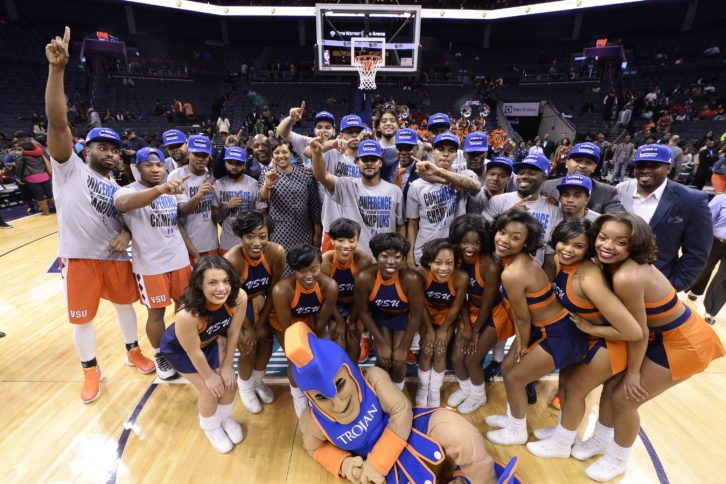 All told, the weekend has an estimated annual economic impact of over $55 million on the city. The impact stretches far beyond the dollars and cents spent at area stores, restaurants and hotels, though. Charlotte’s success year-over-year with one of the country’s largest basketball tournaments is what convinced organizers of the Democratic National Convention, the Republican National Convention, and, ultimately, the NBA All Star Tournament that the city was ready for their spotlight.

This month, local businesses and residents alike will welcome hundreds of thousands to the town we proudly call home to share not only our storied sports venues with you, but also the restaurants, breweries and shops that give Charlotte a flavor all her own. 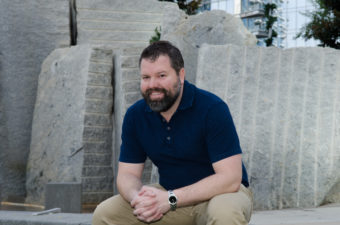 Bryan M. Richards is a beer, food and travel writer based in Charlotte. His work has appeared in Men’s Journal, Beer Advocate and just about anything with the word Charlotte in it. An Ohio transplant, Bryan finally gave up the lifelong disappointment of being a Browns fan to cheer for the Panthers. You can find him on Facebook or follow him on Twitter and Instagram. 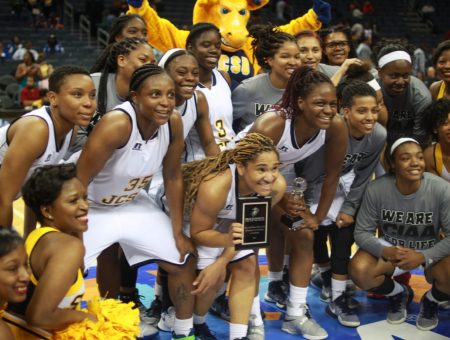 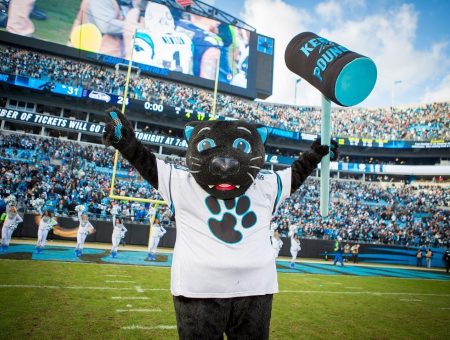