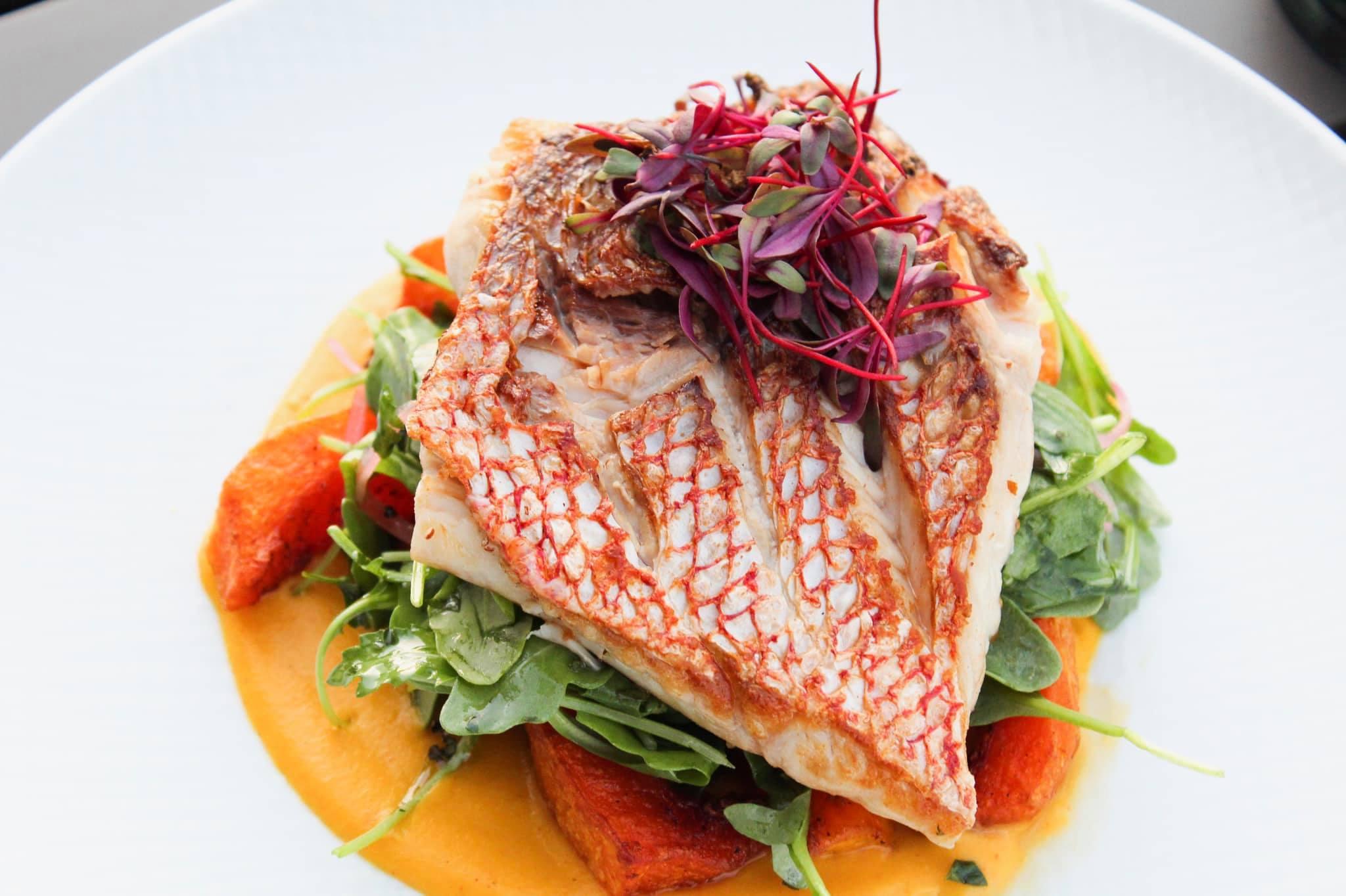 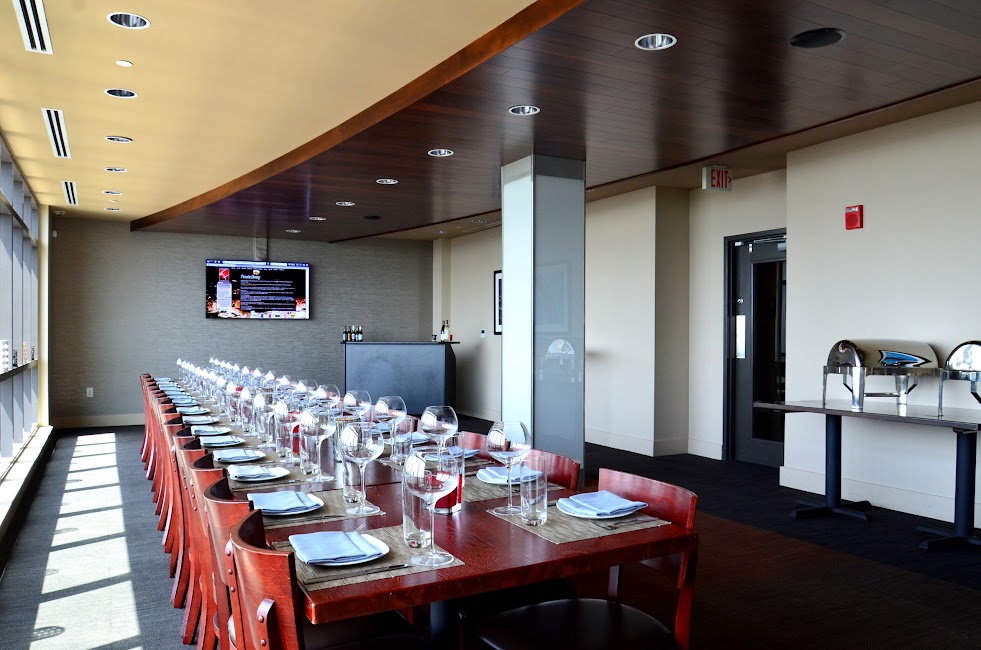 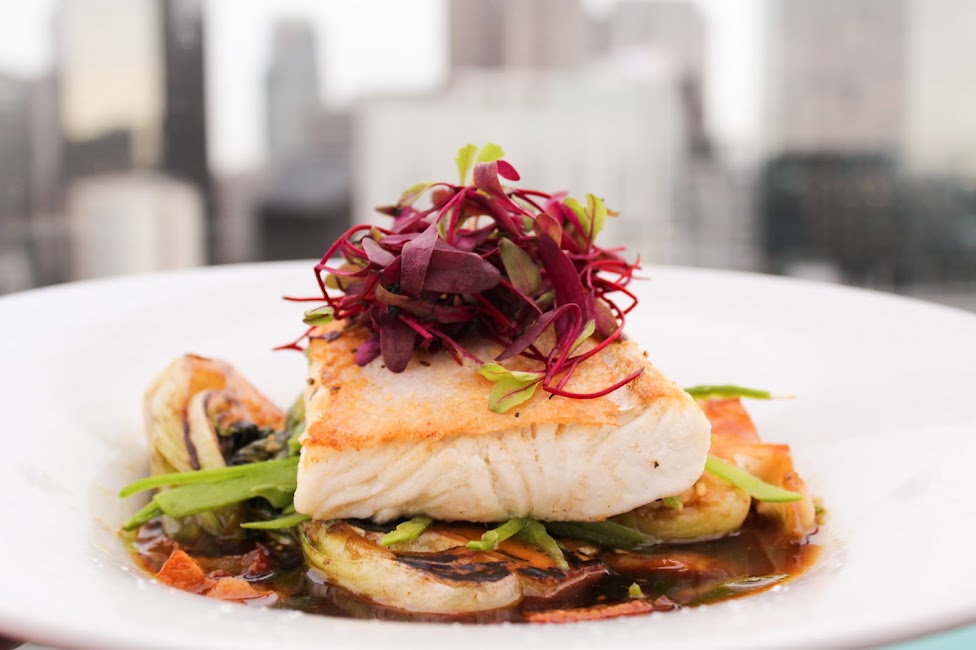 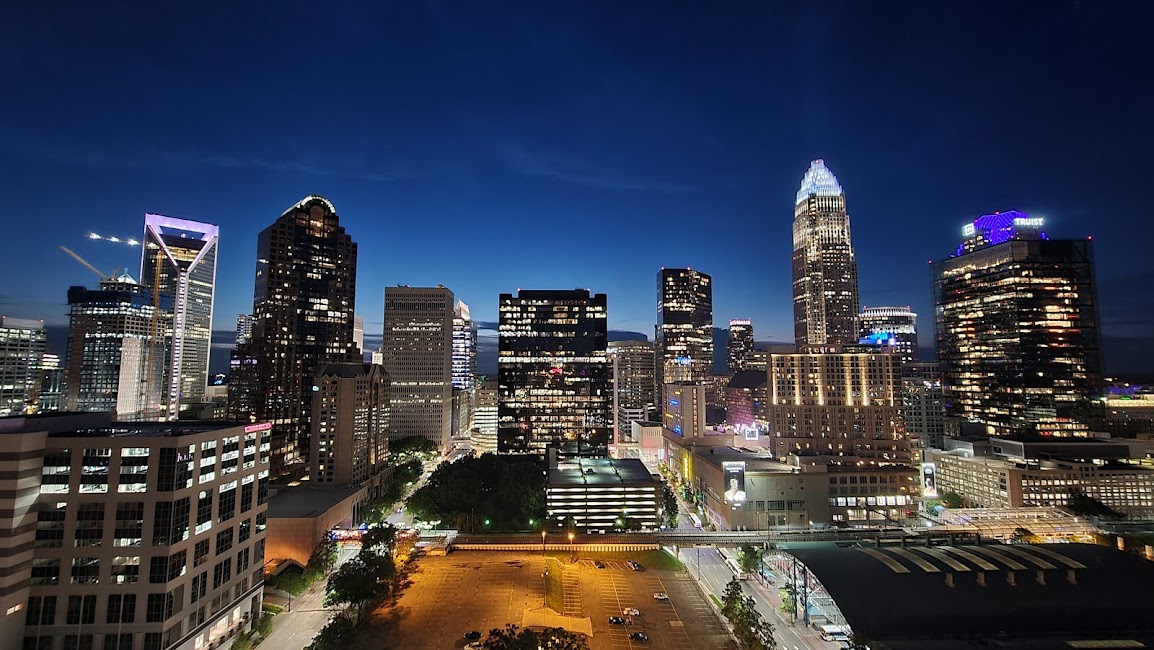 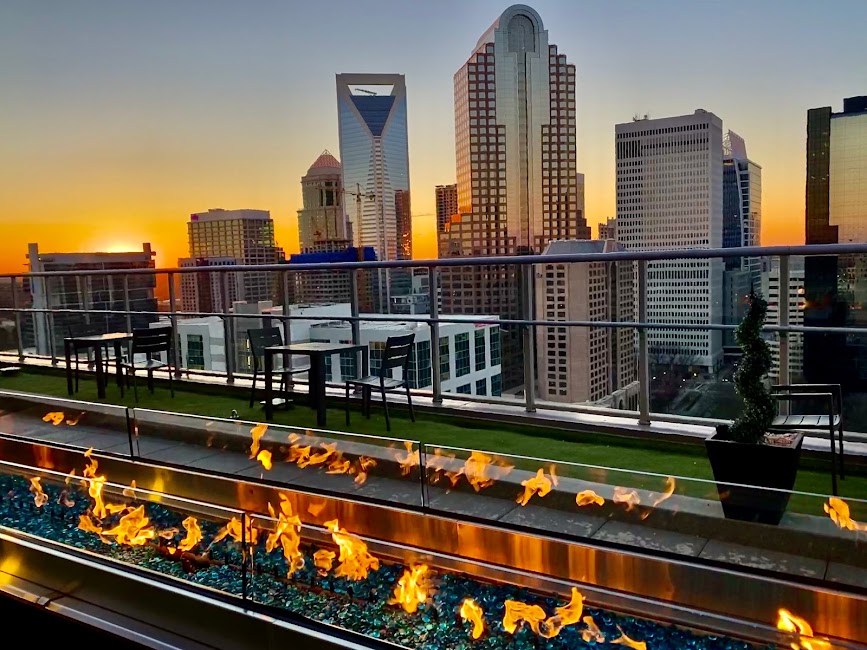 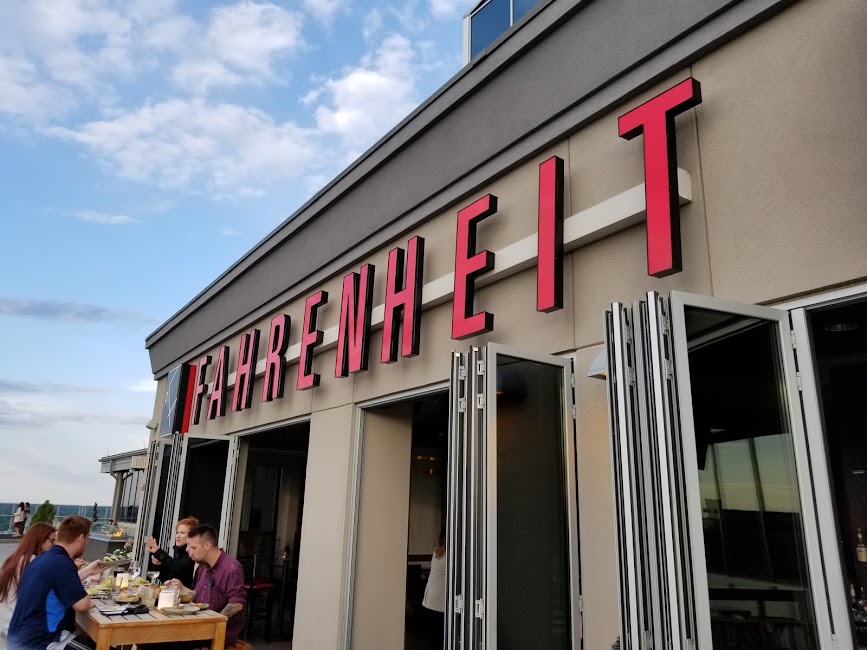 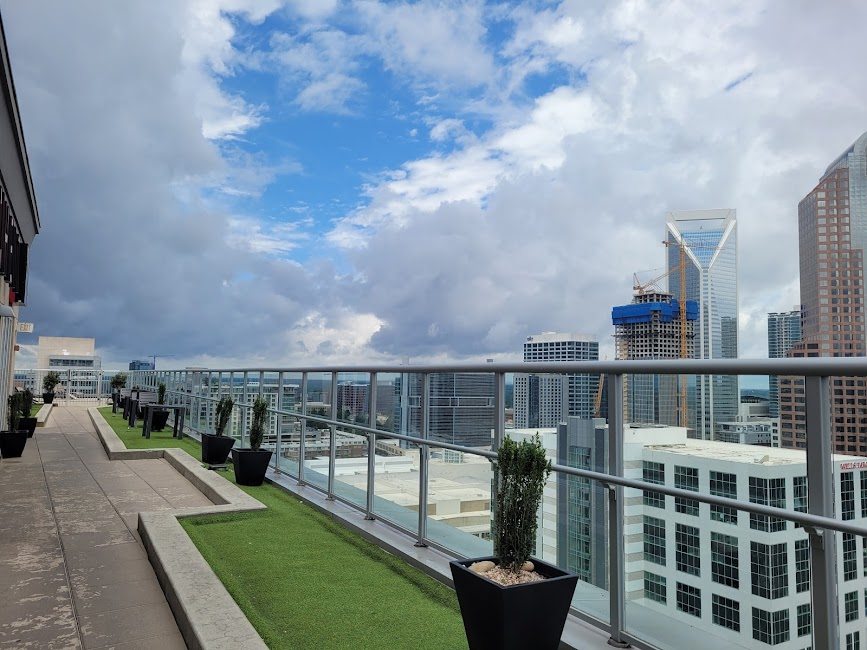 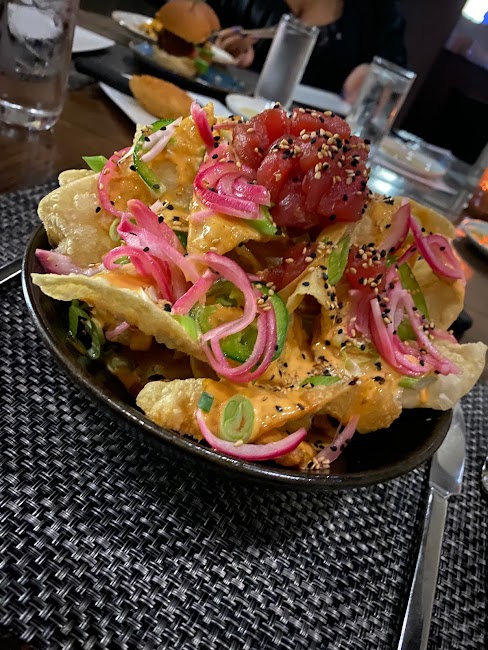 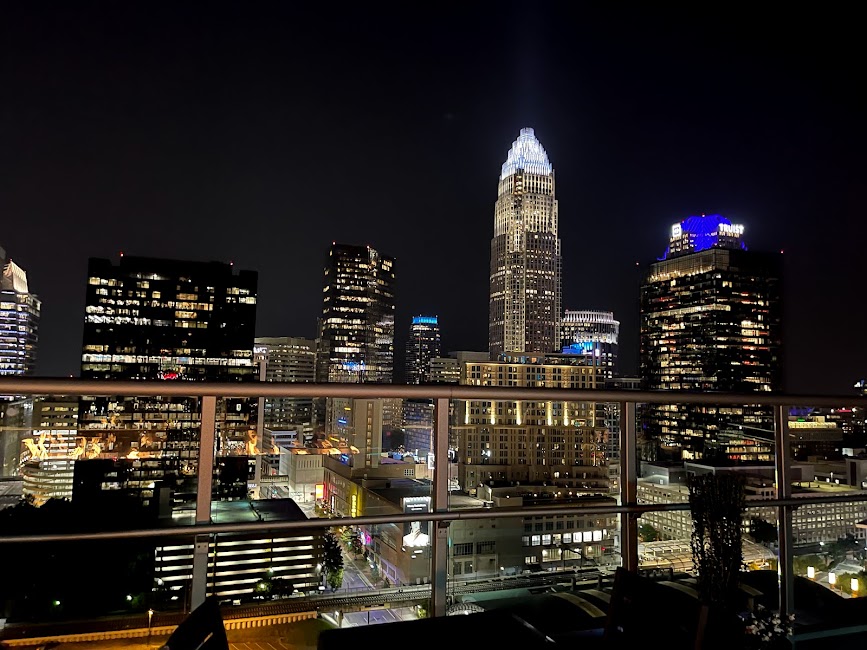 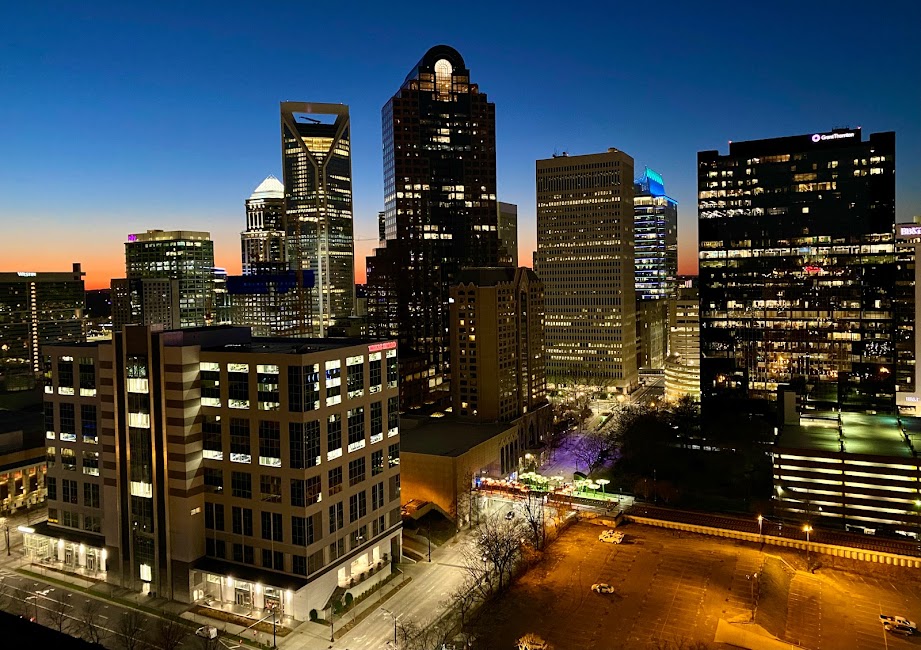 Food was absolutely delicious and the service was amazing. We arrived and parked valet ($10) and went up the elevator to the restaurant where we checked in for our reservation. They asked what our special occasion was, which was what I had marked when I made our reservation, so that was nice! Food did take a little while to come out but once it did it was very well worth the wait. Everything was so so good and just perfectly made. My friend has a mushroom allergy and they took great care to make sure there was no contamination for her. Water was ice cold and I was happy to not have the alcohol pushed on us as we didn't really have a desire for drinks tonight. Food portions are insanely huge. I was very surprised at how much food we got and we were absolutely stuffed by the time our meal ended. The view out ok the patio after our dinner was gorgeous! You can also go out any time in between after you order your food, we just decided to wait until the end. I would love to visit again!

Reserve the table before going to Farenheit to see the great views of the Charlotte skyline. We reserved the table for 10:00pm but due to traffic we reached around 10:45pm. We requested them and they understood it and gave us the table. The ambience was amazing with the nice atmosphere and amazing decorations. We were greeted by our server and we ordered potato sides and cocktails. Till the food came we went out to see the skyline views of Charlotte. The views were amazing and beautiful. But if you want to get the best views go around the sunset and you will love the skyline views.

The food is very good. Service is very good, too. Our waitress, Jordan, was extremely friendly and helpful. The place is child friendly, we came with two young kids and everybody was very accommodating. They are also taking into account any food allergies you might have. The only thing I would change there is music, something more modern or loungey would be better in my opinion. But thats just personal preference. Everything else was great.

Just left for my birthday dinner. I was beyond satisfied. Zachary was amazing and catered to our needs. He even surprised me with a birthday sundae. We would give it 5 stars but the sanitation score was lower than we liked. However, its a great place to eat. We can't wait to come back and eat outside.

I never made it to this restaurant! I wanted to dine here for my birthday, but didnt get the chance to. I called last Thursday, to make reservations for this Friday. I was told that I had to speak with the Events Manager, due to the number of guests in my party. I left my name, number and email address. Didnt hear anything the following day, so I called again on Saturday. I was told again, that the manager wasnt there. I called again the next day. The manager was not there, so I spoke to the person who answered. She confirmed that the manager did receive my message, and that I should give her another two days to contact me. I explained that I only wanted to know if they could accommodate me, or not. I have people traveling from out of town, and I needed to know what to tell them. I was told to hold on. No one ever came back to the phone. I called back several times after that, but nobody answered! Im quite upset and very disappointed!! All I asked, was for a phone call or email, in response to my reservation request! Today is Wednesday, and I still have yet to hear anything. I think this is very unprofessional, especially coming from whats supposed to be such an upscale restaurant. Apparently the business from myself and 14 other guests, was unwanted. 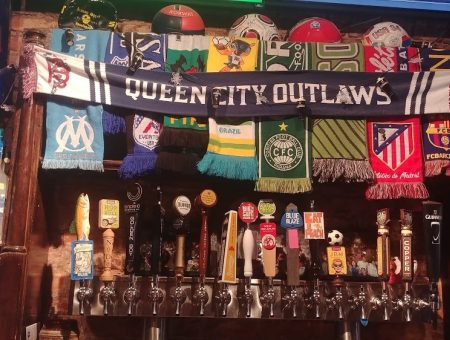 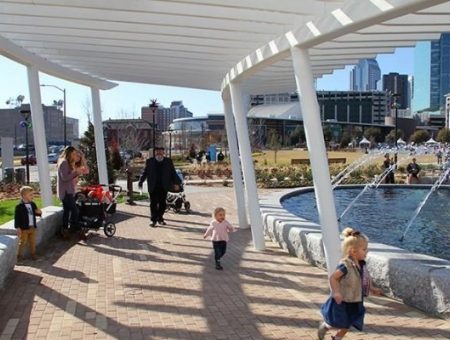 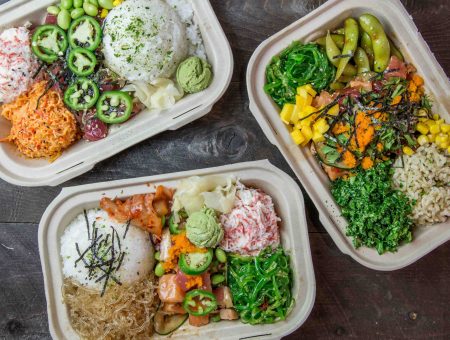 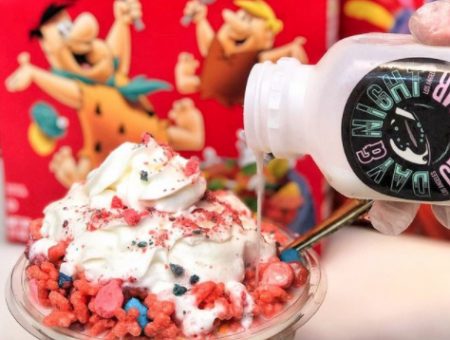