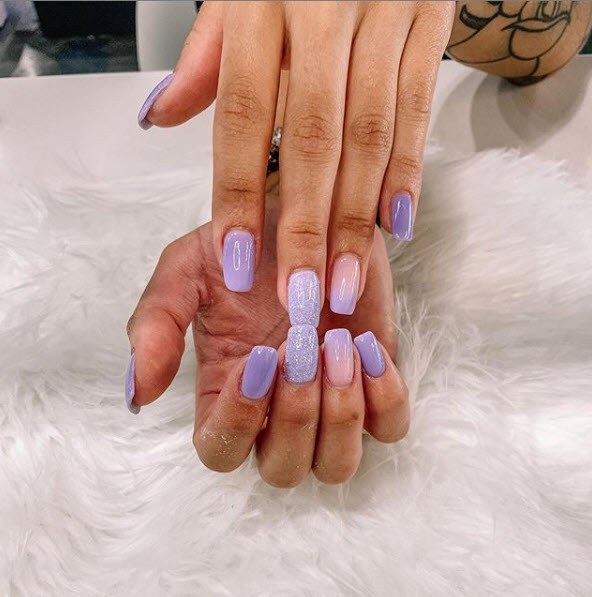 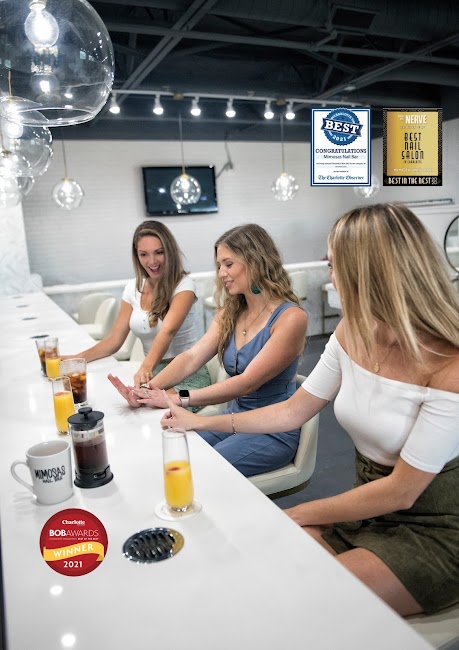 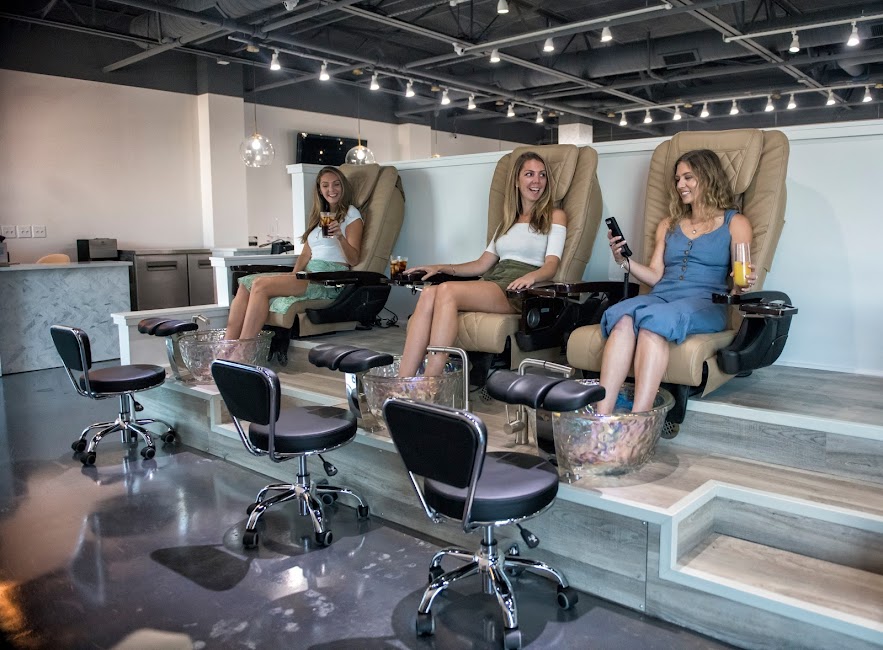 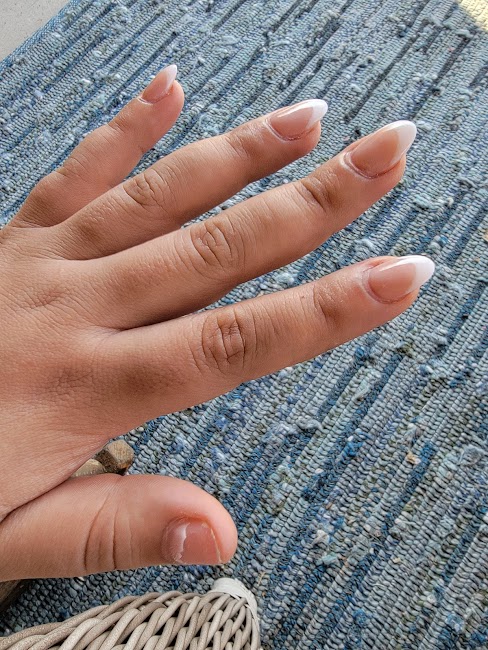 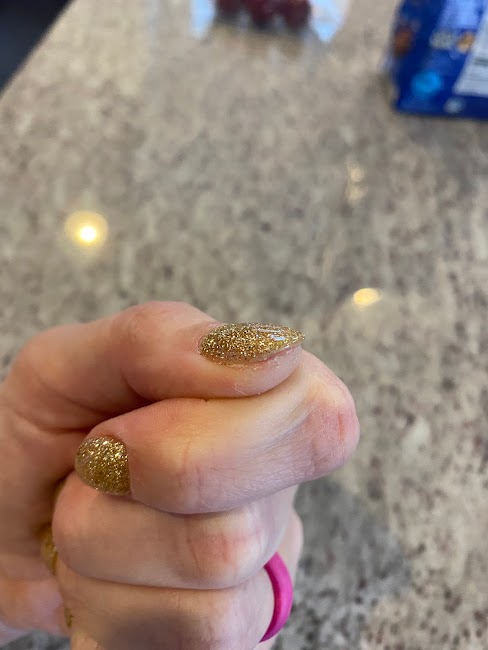 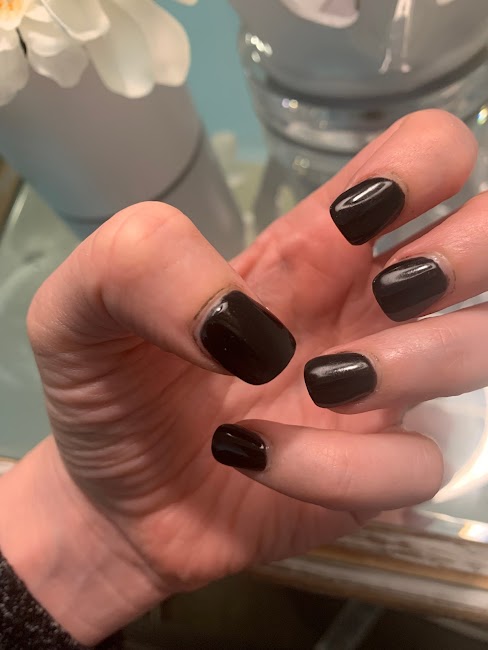 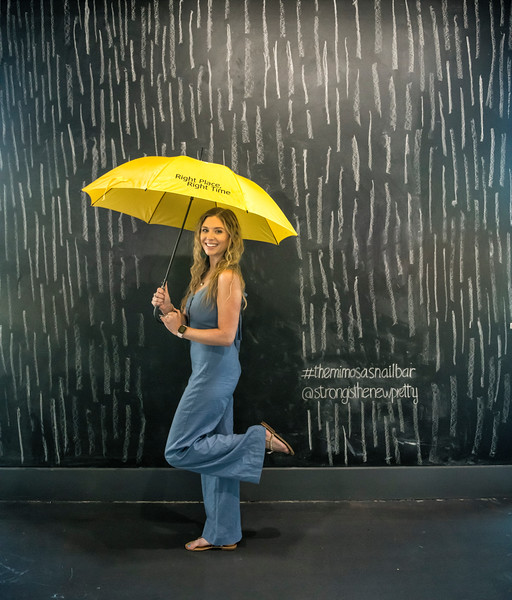 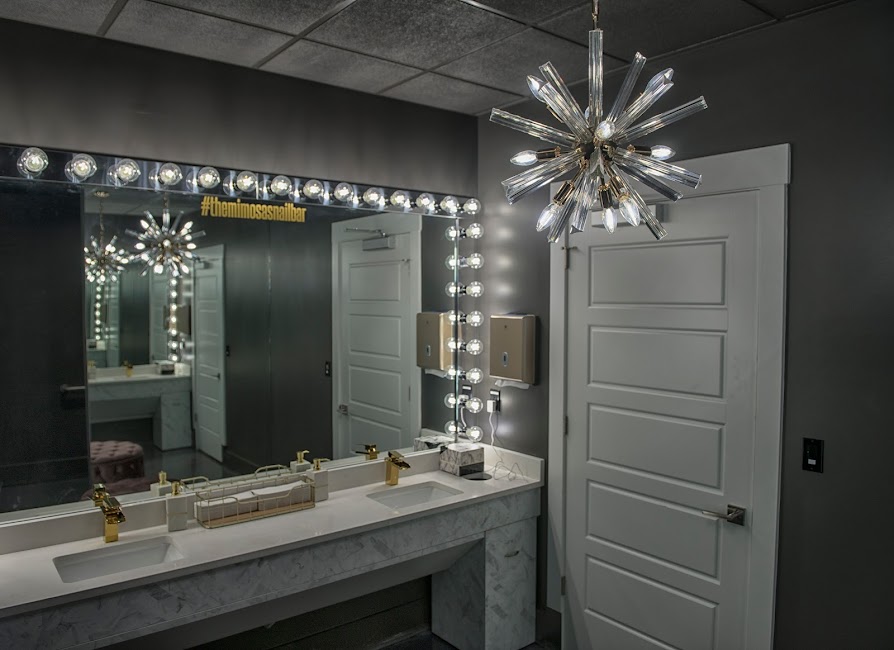 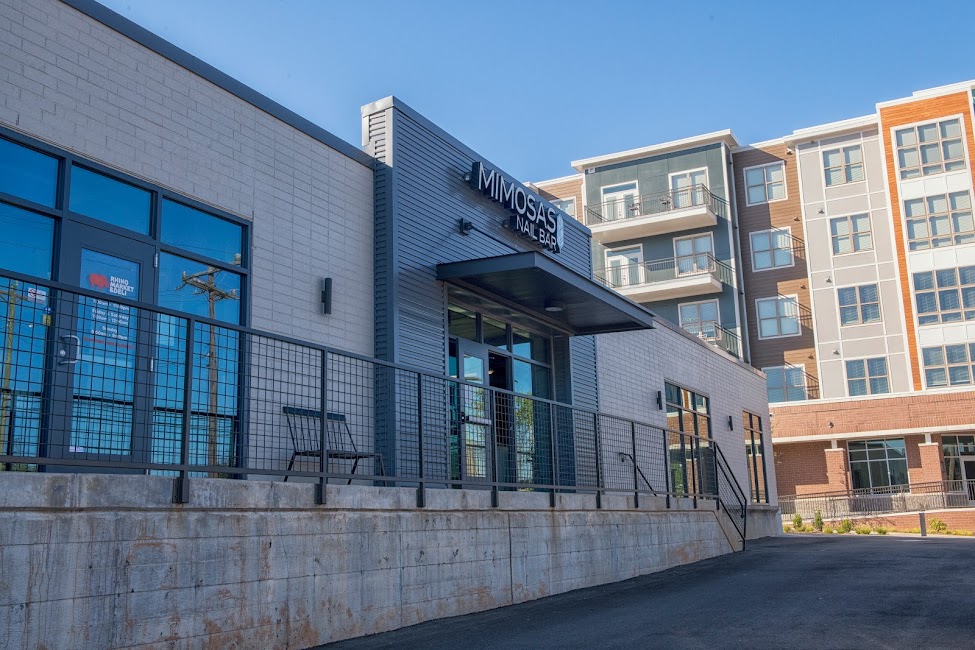 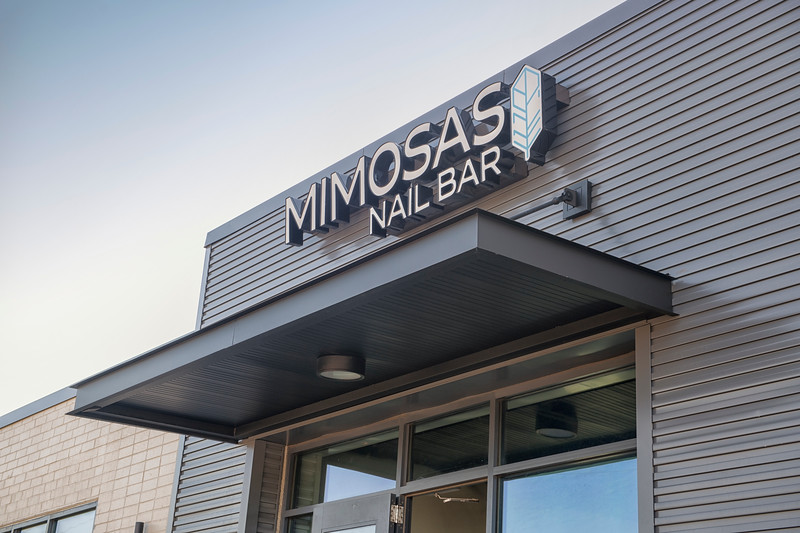 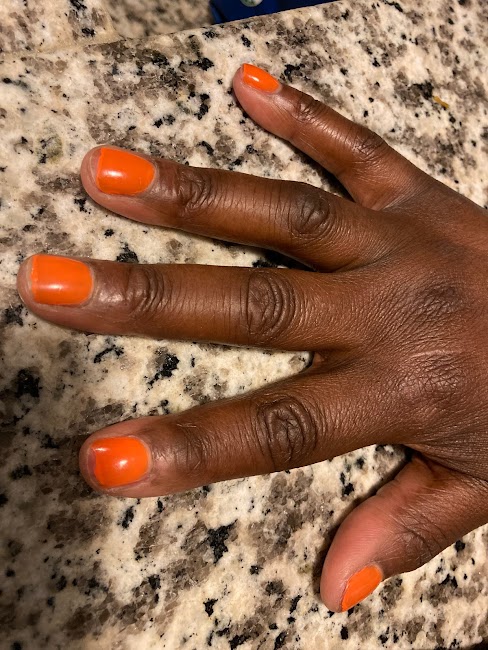 I was visiting a friend who lives in Charlotte. She recommended this place. However, I did not have a good experience and will never go back. I asked for gel polish, but after my pedicure the guy said they did not have it in the color I had chosen. He did offer me the complimentary drink until my friend beside me asked for something to drink. I saw him pour something into the nail polish, which watered it down. He painted 1 coat on my nails and said okay let it air dry. He said he had done this for 10 years. I still gave a tip as a courtesy, but I could have done this at home. My manicure began chipping by the next day and all I had done was shop and eat dinner. I was so upset and disappointed that I wasted my money.

I never leave reviews.. and this place has so many good reviews so I was pretty surprised. So now Im assuming maybe it was just the person I had. Her name was Naomi. But my friend wanted to come here so I got a pedicure with regular polish ( I had gel polish already on my toes before I came). The way she removed it was literally just by clipping my gel polish off my toes no acetone, no drilling, no nothing, just clipped it off piece by piece with her cuticle clippers. Definitely not the right method for removing gel polish. So I wanted to trust the process since shes supposed to be licensed and she was really nice and sweet. But now that I finally removed my polish and saw my toe nails, my toe nails look so bad. Also after the pedicure, my skin started to dry up like crazy even when I would put lotion on my feet and theyre still recovering Im trying to fix my toe nails so this is a picture after I cut my nails. And so not trying to give a bad review to the salon as a whole but 1 star for Naomi.

I got my nails done here for the first time and I was very disappointed. Ive been growing my nails out to get them done and they were super healthy. The tech insisted on cutting them so I said a trim was fine but he made them super short. I asked for an oval shape and he said he couldnt do it since they were too short now and kept asking if I wanted a square shape. I said I would do round so he then filed them in an almond shape which was at a 45 degree angle because they were so crooked. I asked him to fix them and they looked the same so before he did all my fingers I asked for tips on the ones he had filed and to do a square because I thought thatd be easier. I almost asked for a different tech because I was frustrated he couldnt do what I wanted and he was also rude to me during the process. I called and explained what happened so I could possibly get a discount if I decide to come back with a different tech but they dont do discounts for that sort of thing even though my friend whos a regular there insisted I called because they always fix her nails if she doesnt like them. I just moved here and was excited about this salon but I guess Ill keep looking after this experience. Now Im trying to file them in the shape I want and you can see the middle finger is till a little crooked.

He did really good and it felt nice but a week later my nails were different. Its almost like the color was fading and now Im having to get them done again. Also bring your own cup if you want mimosas due to Covid.

Maybe an okay place for a pedicure, but I have been twice for a manicure now and today showed me I need to find a new nail place. Both times I was cut, but today I was cut quite badly. We all make mistakes, but it bothered me that she pretended not to notice even after I said "ow" and was bleeding. She kept drilling creating more dust that was landing in the open cut. I asked to stop and please address the cut. She put some of the styptic liquid on it but then had me go wash my hands immediately which took it right off. Then began with that hand to try to put gel polish on. I told her I no longer wanted to do gel because it burns when you cure when you have an open cut. She insisted and put on the base layer, starting with the injured hand and put me in the lamp. It burned and I had to be more demanding that we stop and put regular polish on. I am home now an hour after my service with polish that was laid on too thick with bubbles, already chipping, and even a piece of lint dried in to one. I am going to have to repaint these on my own. I also had to argue about getting the massage but was refused other things listed as part of the service including hot towels. They will only file and paint if you do not specifically ask for the other parts of the service that are supposed to be included! Management is welcome to reach out to make it right if they do care, if not I will find a new place to go. UPDATE: adding photos of the injury, 4 days later it still has blood and scab. 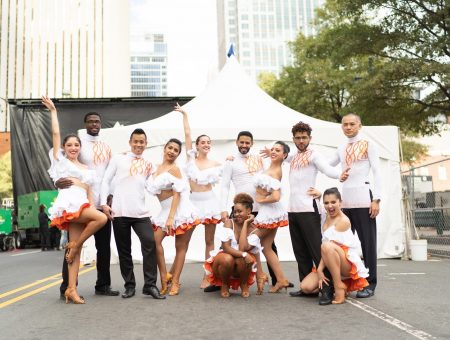 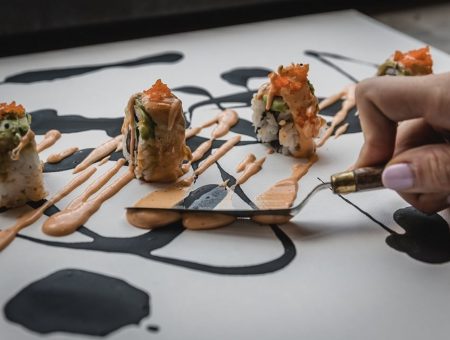 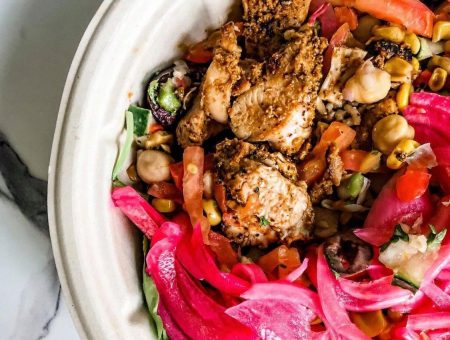 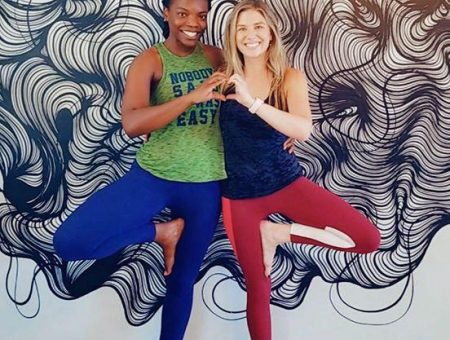