These time-tested eateries—and their iconic dishes—helped pave the way for Charlotte’s culinary future. 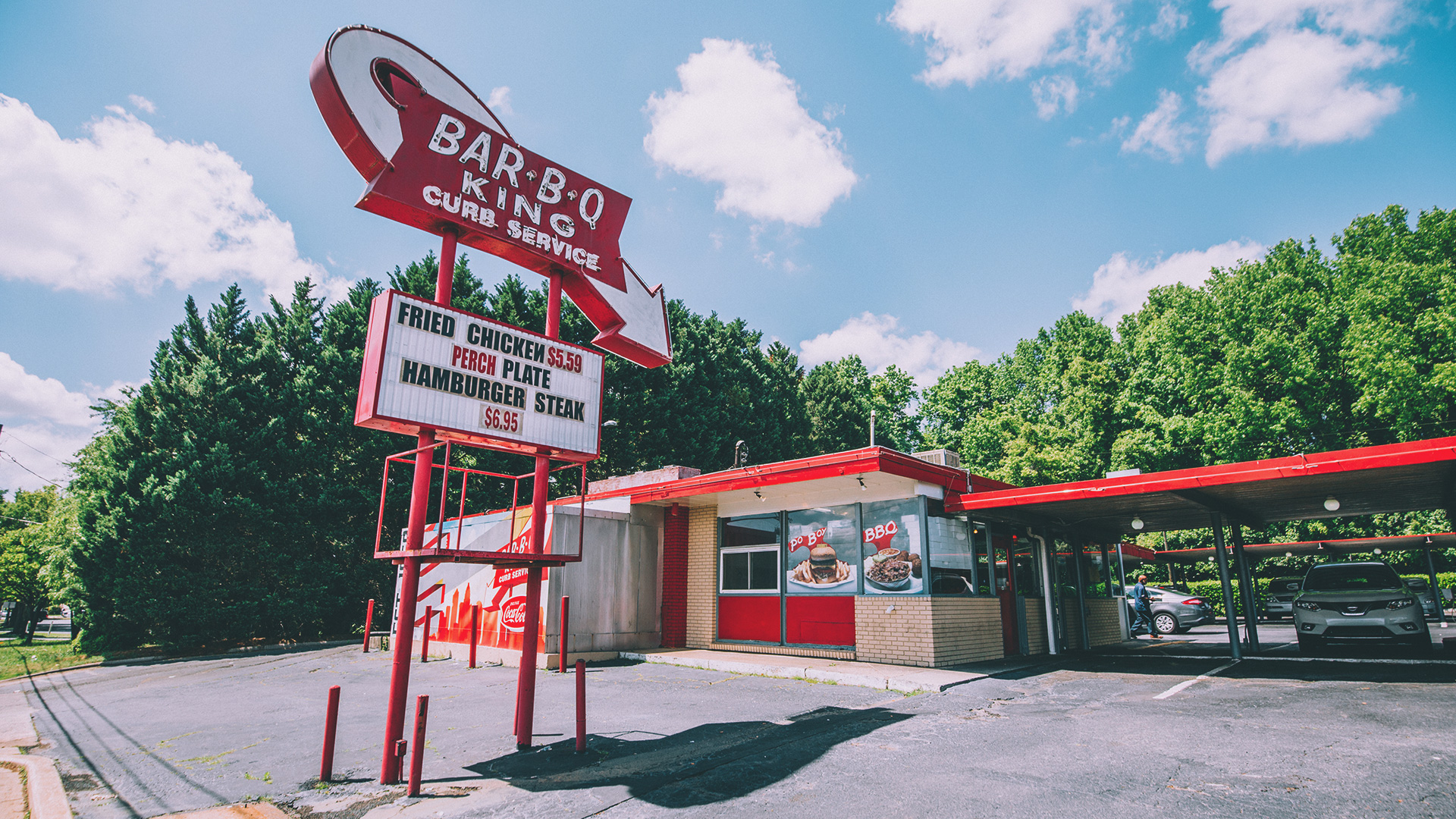 The Queen City has no shortage of culinary hot spots making headlines. But dig deeper and you’ll find a solid foundation laid by Charlotte’s early dining connoisseurs. Since as early as 1926, five Charlotte restaurants have been serving up flavors peppered with consistency and nostalgia that keep loyal regulars hungry for more. 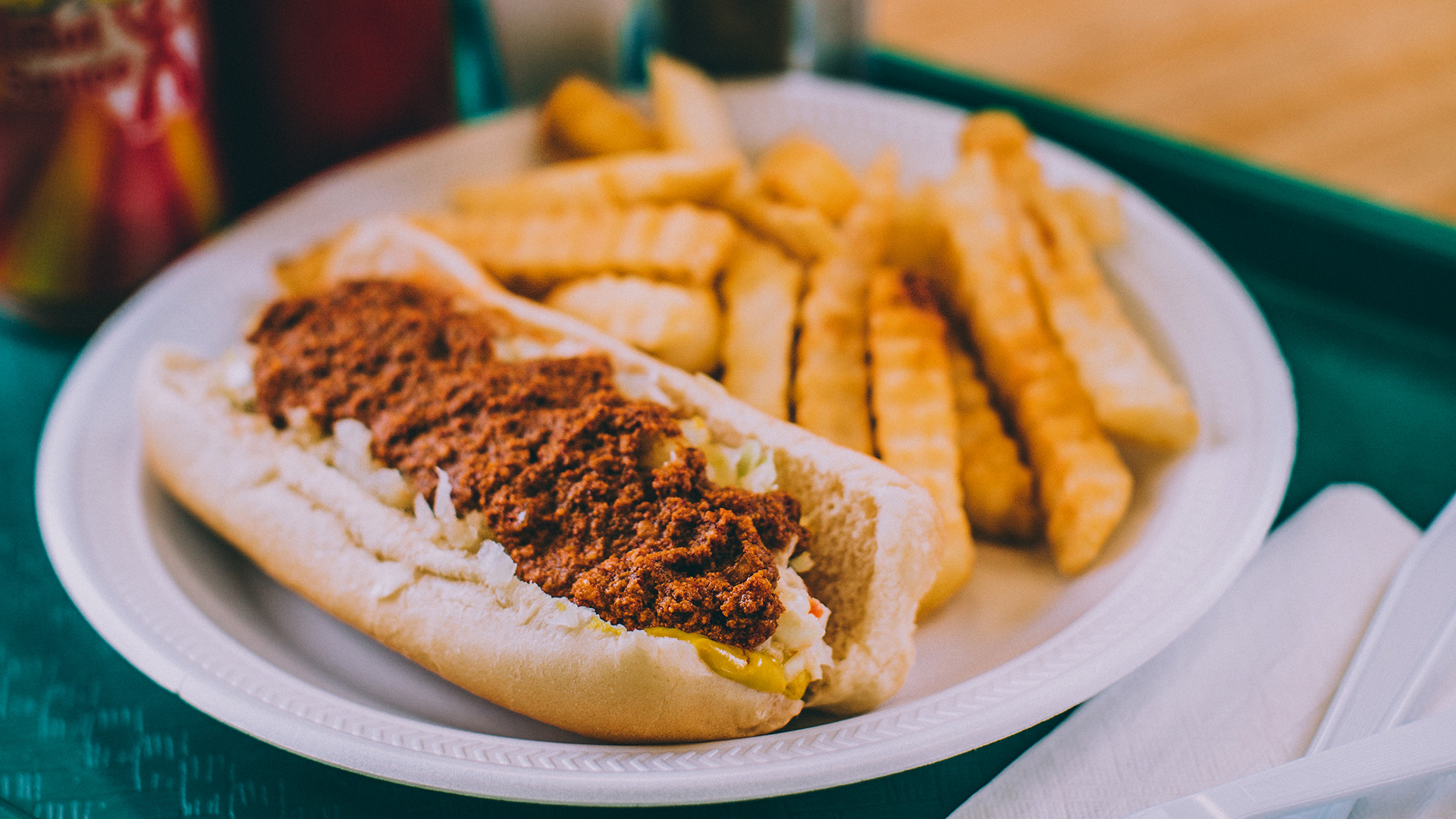 Don’t leave without trying: An all the way hot dog

Despite its Third Ward location among Uptown’s shiny skyscrapers and roaring stadiums, not much has changed at Green’s Lunch since it opened its doors in 1926. Starting out with a simple lunch stand and a few stools, Robert Green began perfecting a menu that has stood the test of time: savory hot dogs served on steamed buns, plus juicy burgers, fresh salads and hearty sandwiches. The original hot dogs, which were dressed with ketchup, mustard and onions, became legendary when Green’s daughter-in-law Mary Green added her homemade chili on top. The special ingredient earned Mary the nickname of “Hot Dog Queen.” She and her husband, Robert Green Jr., took over ownership for her late father-in-law in 1941. In 1975, Mary sold the restaurant to Philip Katapodis, who maintained the menu’s classic recipes but adding his own flavor by tacking on breakfast offerings and his scratch-made coleslaw. In 1989, Katopodis’ daughter Joanna Sikiotis took the reins, and she’s been running the place ever since.

Along with the famous hot dogs, regulars flock to Green’s for simple orders of crispy onion rings and crinkle-cut french fries alongside mouthwatering hamburgers. But many will argue that the chili cheese fries are the perfect sidekick to the “all the way” dog, which comes loaded with ketchup, mustard, onions, coleslaw and, of course, Mary’s signature chili. Others contend that nothing compares to the fried baloney or livermush sandwiches. 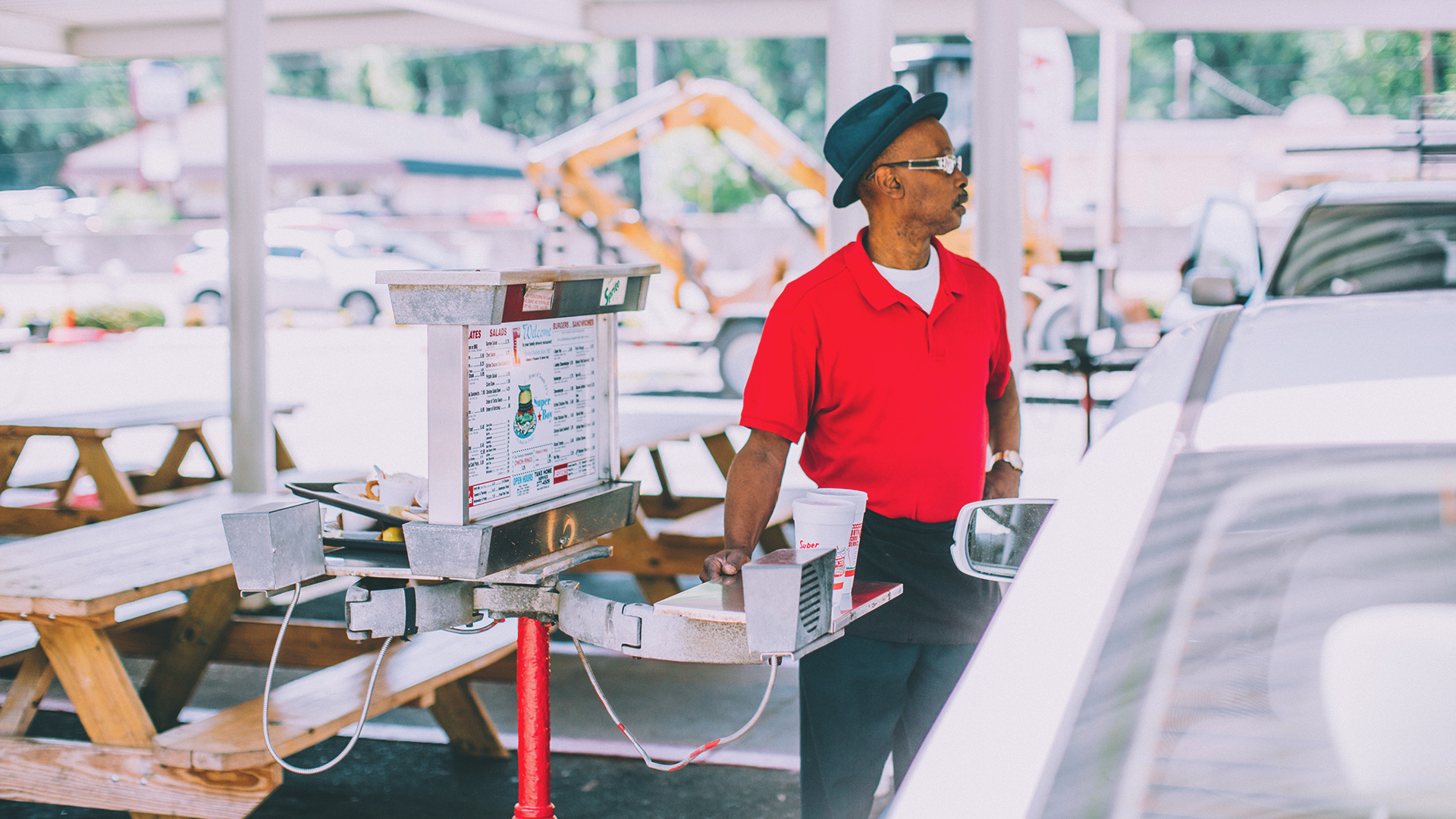 Enjoy burgers, sides and desserts from another Charlotte staple without having to unbuckle your seat belt. With curbside service and billboards advertising everyday specials, 21 South Drive-In brings the classic drive-ins of the 1950s to the age of food delivery apps. Its classic service station look is a nod to its birth year.

In 1955, three brothers, Sam, Nick and George Copsis, who had recently emigrated from Greece, opened the original 21 South Drive-In on South Boulevard. Five years later, the restaurant found a new home on Independence Boulevard, where it’s still managed by family members today. They churn out more than 20,000 orders each month.

21 South’s claim to fame is the Super Boy, a double patty burger topped with housemade chili and a tangy slaw piled high next to a mound of fries. An image of it is even painted on the sprawling sign that’s anchored to the edge of the property, attracting drivers along Independence Boulevard. 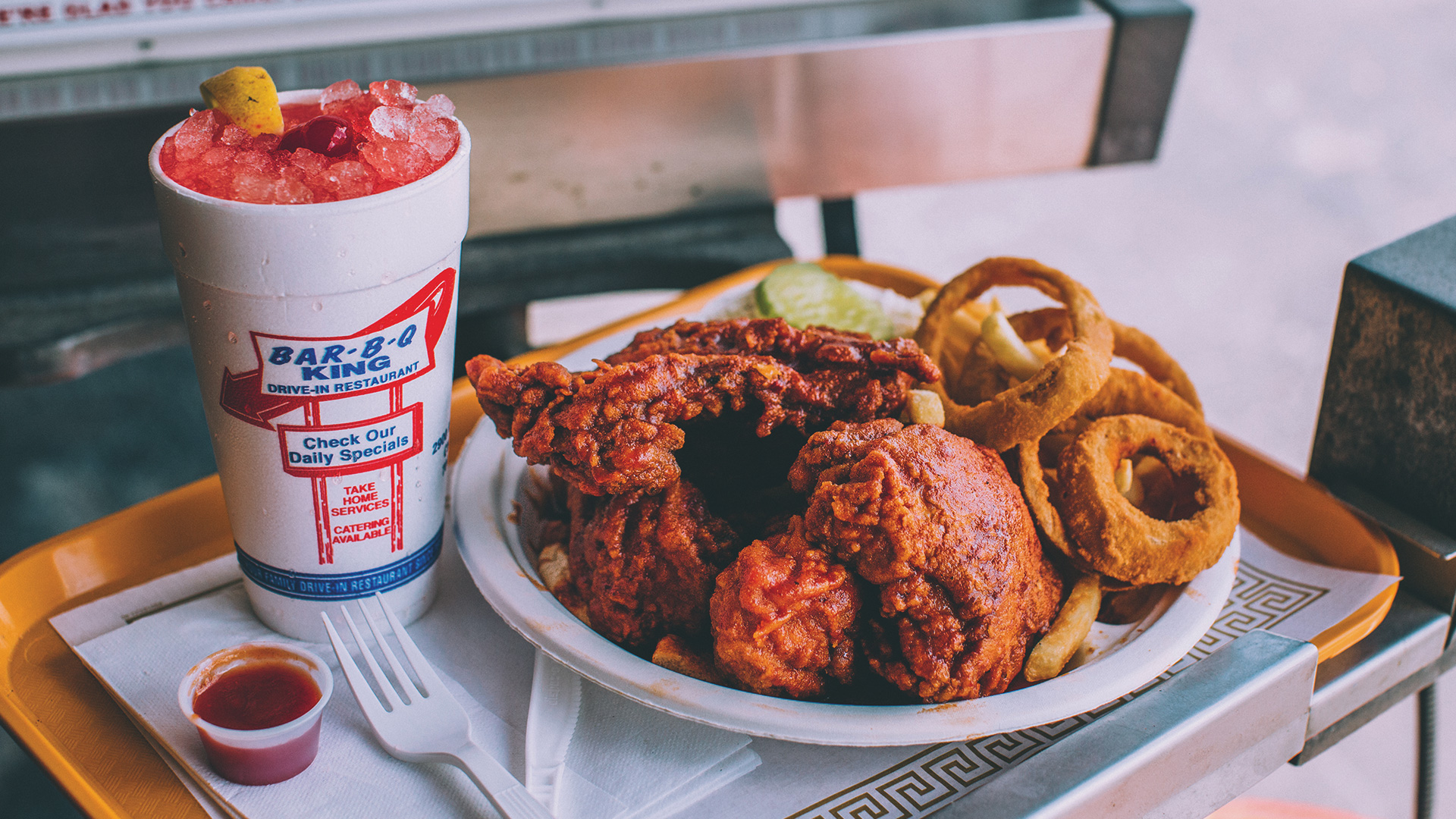 On Charlotte’s west side, Bar-B-Q King’s attention to detail and Southern hospitality has drawn visitors from around the country since serving up its very first curbside plate in 1959.

To owner Gus Karapanos, it’s all about building relationships with customers. He recognizes patrons who dined in as small children with their parents and are now bringing in their own children. But the hospitality isn’t just reserved for regulars. Karapanos welcomes thousands of visitors each year to Bar-B-Q King, whose roots are firm in its location near Charlotte Douglas International Airport.

Consistency is key at Bar-B-Q King. The recipes have not changed since opening day, and Karapanos is still the one who makes the barbecue signature sauce, which he mixes in-house every day. Try the pulled pork Bar-B-Q dinner plate and wash it down with cherry Sun Drop. Or dig into one of the savory fried seafood specials. 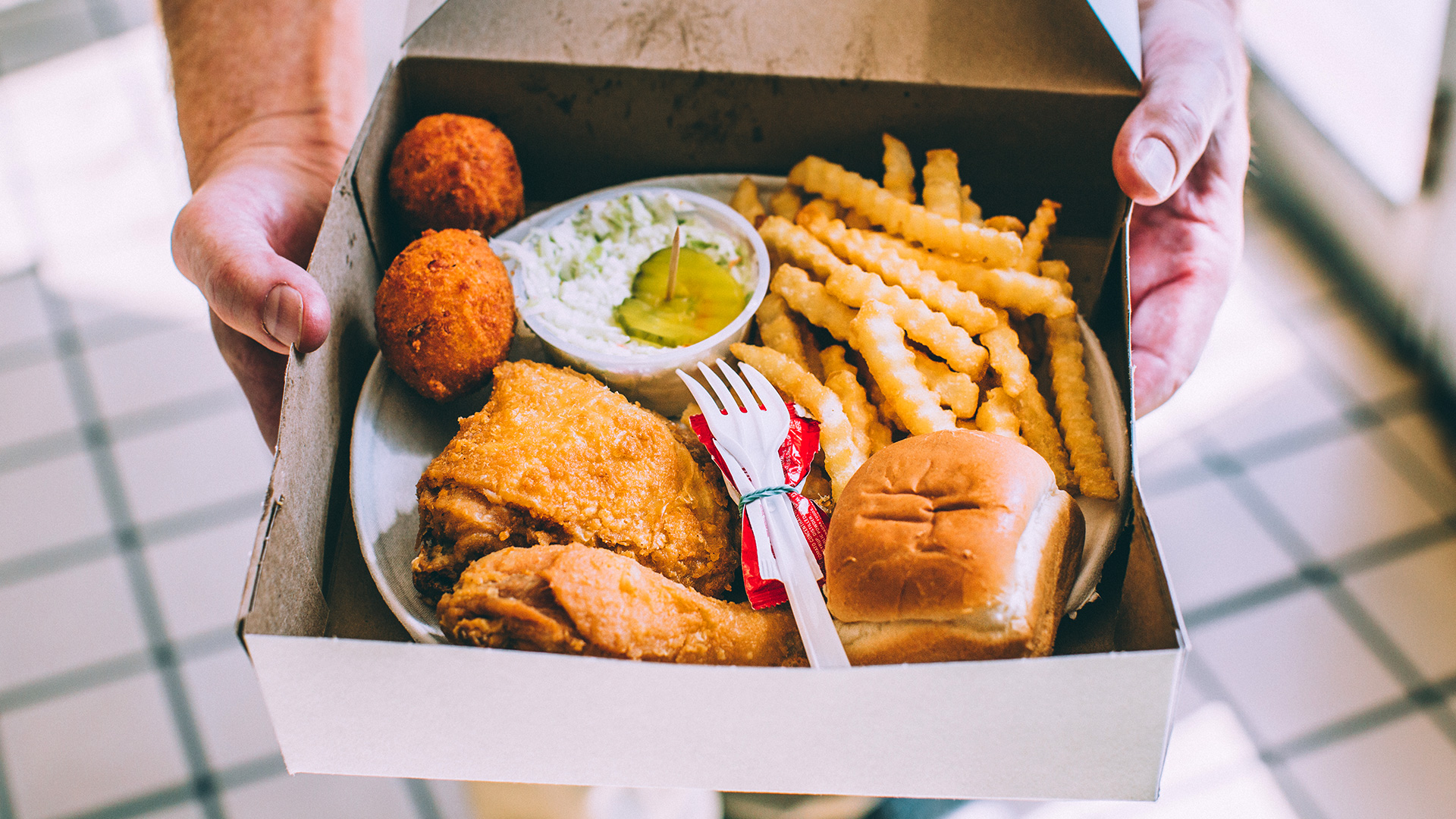 In 1962, brothers Pat and D. Talmadge Price ventured into Charlotte’s industrial district to open Price’s Chicken Coop. Unaware that their little joint—which holds little more than the counter, the kitchen and a few square feet for throngs of hungry patrons—would become synonymous with one of Charlotte’s most iconic dishes, the brothers simply wanted to bring a convenient takeout spot to neighborhood factory workers. They couldn’t fathom the fame the name would one day garner.Served piping hot and extra crispy, the chicken is what has enabled this South End staple to stand the test of time. Unfortunately for you, it’s no secret. As soon as the doors open, eager diners flood the counter. But don’t be in too much of a rush. Make friends with neighbors who have made Price’s a regular stop in their workday grind or talk to the family with a picnic blanket getting ready to enjoy lunch outdoors. 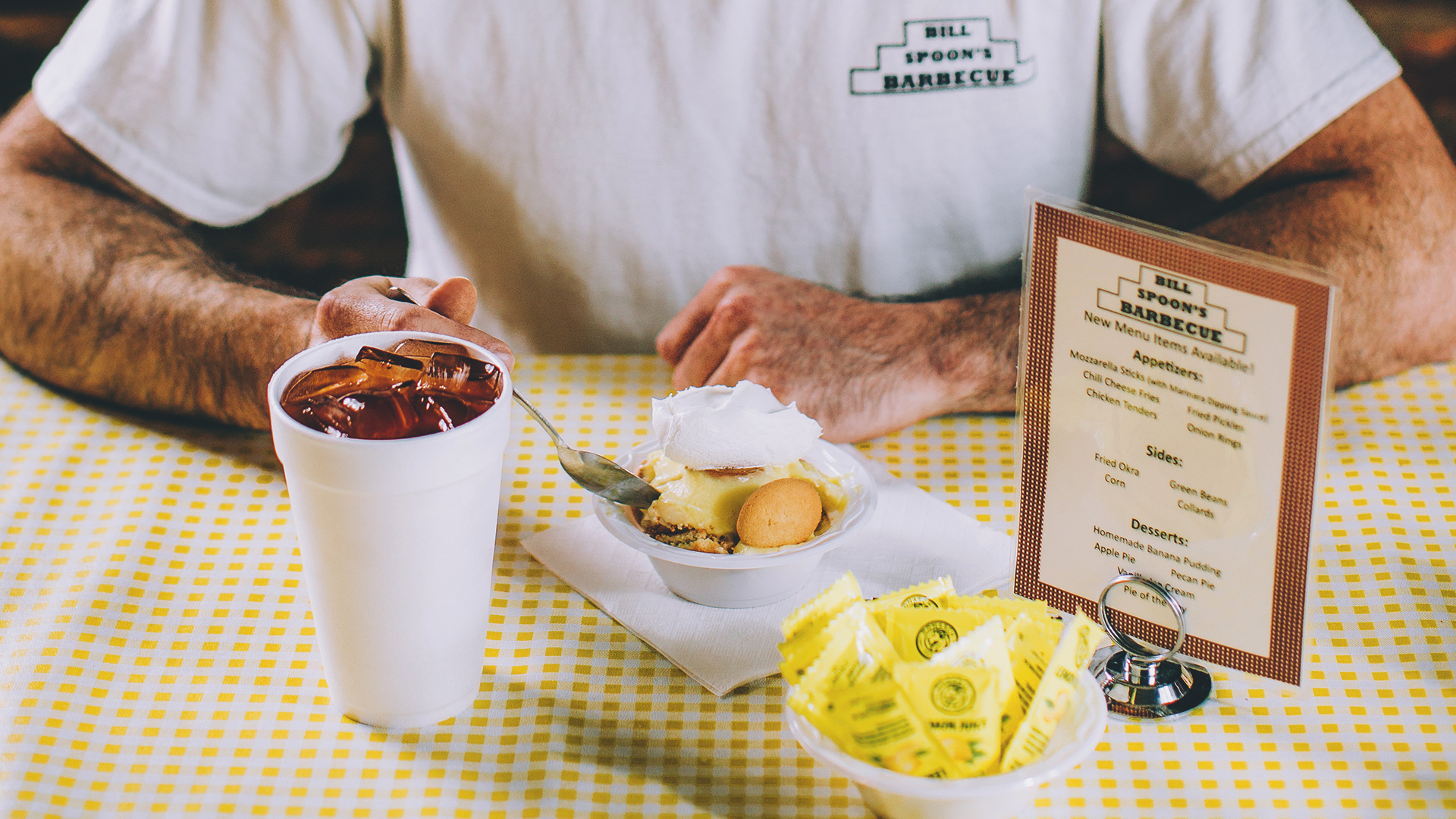 North Carolinians aren’t shy to take sides on the great state barbecue debate between the eastern and western regions. And the Bill Spoon family in Charlotte has certainly made its position known: According to them, the best barbecue is served whole-hog-style with a flavorful eastern-style vinegar-based sauce (atop yellow and white checkered table cloths). That’s been the law of the land at Bill Spoon’s Barbecue since it first invited in pork lovers in 1963. In addition to its outrageous ‘cue, the mainstay is known for its wood-paneled, fancy-free interior.

Family patriarch and restaurant founder Bill Spoon was introduced to the barbecue business in Wilmington, North Carolina. He brought the eastern barbecue style back to what was once a quiet country road in Charlotte (the now-bustling South Boulevard), where his grandson Steve Spoon, Jr. now manages day-to-day operations.

It’s not uncommon for the longtime staff at Bill Spoon’s Barbecue to remember your order, but there’s no harm in taking a second glance at the menu, just in case. A popular item is the daily special plate: barbecue with coleslaw, hushpuppies and the fan-favorite side, creamy macaroni and cheese. Other menu standouts are the hearty Brunswick stew and decadent, scratch-made banana pudding. And yes, it’s okay to go back for seconds. 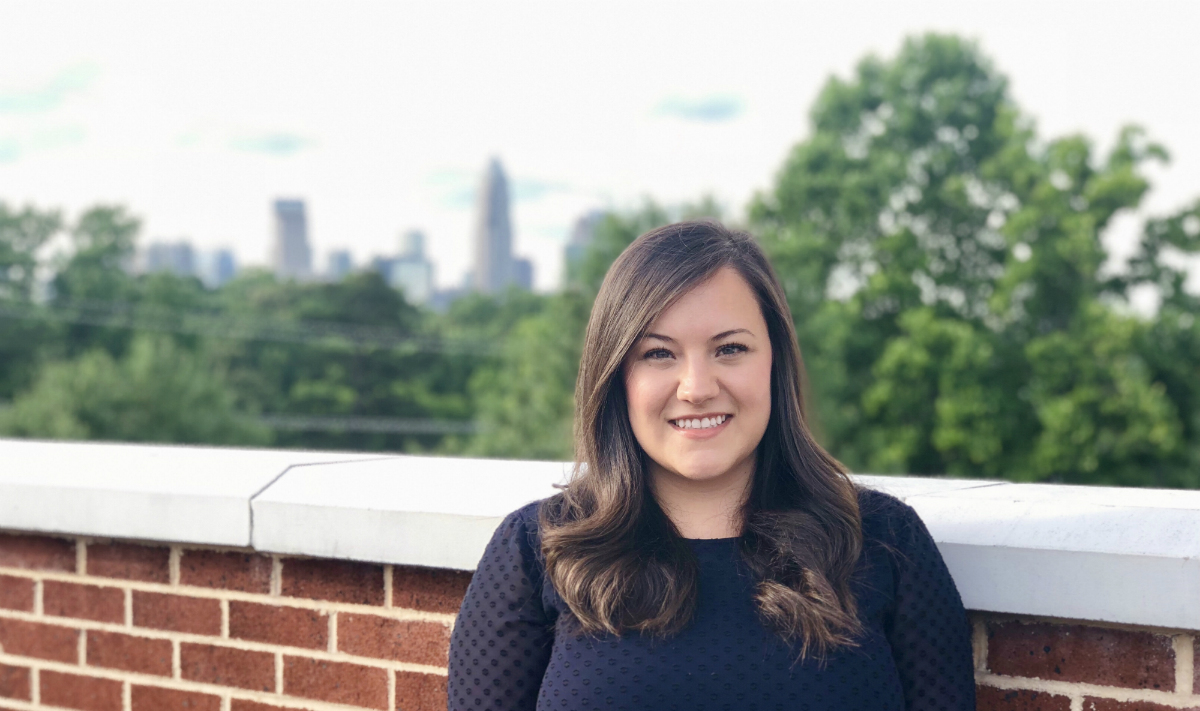 Allison Hancin is a freelance writer with a passion for connecting visitors, newcomers and locals with the best experiences the Queen City has to offer. When she’s not writing, you can find her trying out Charlotte’s culinary hot spots, taking advantage of the greenways or mastering a new marketing skill. 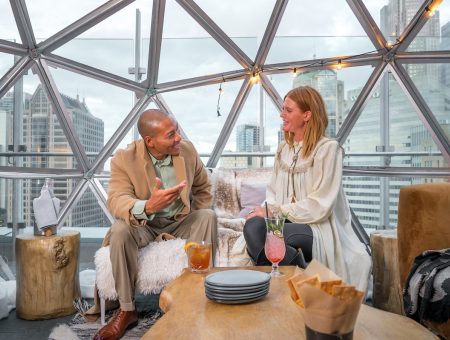 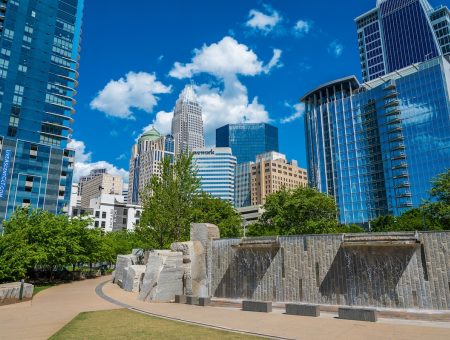 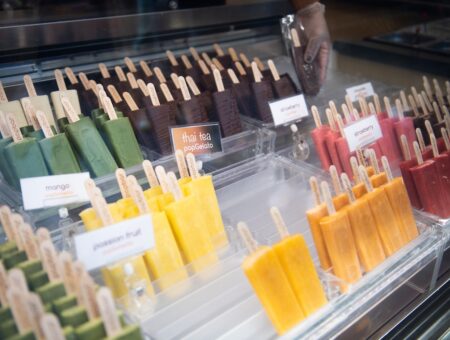 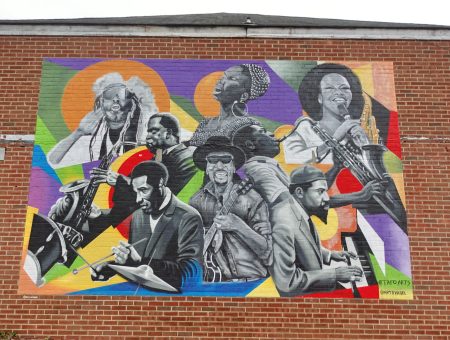