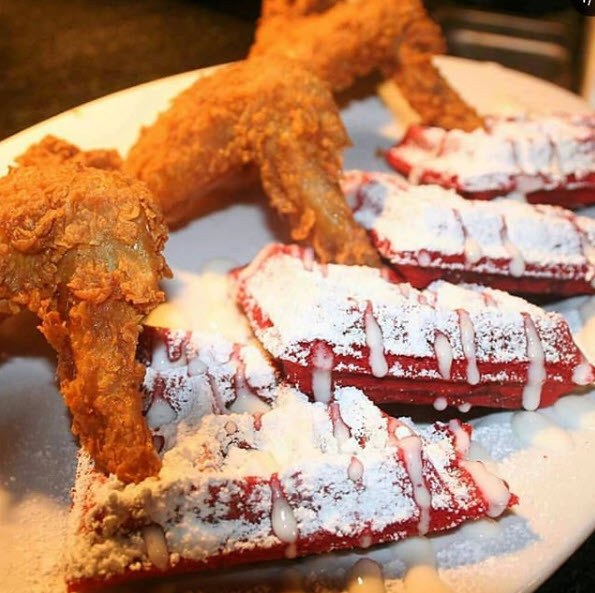 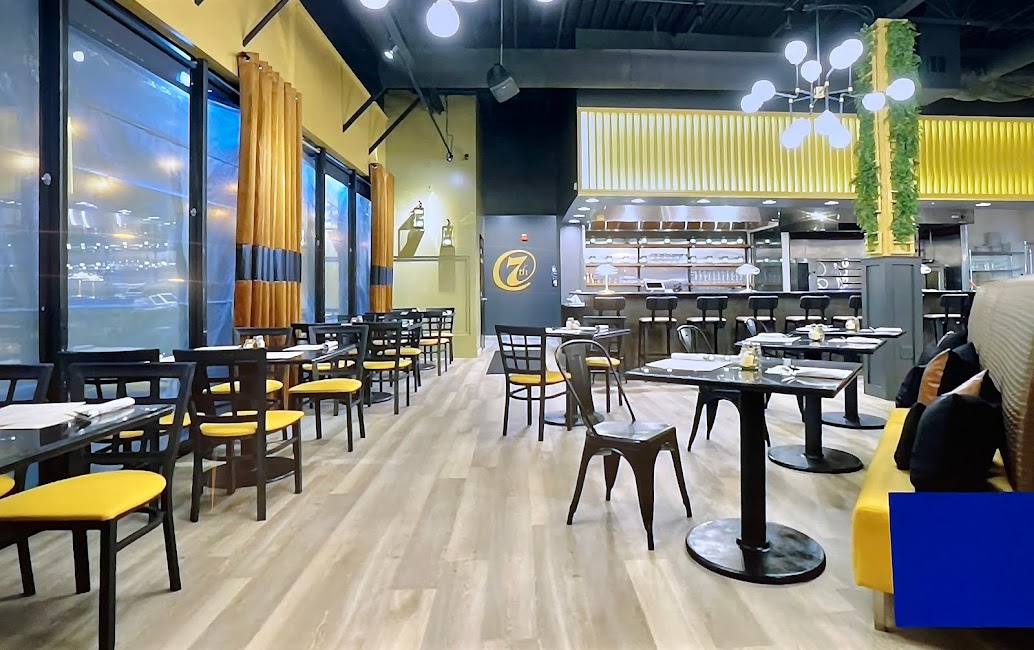 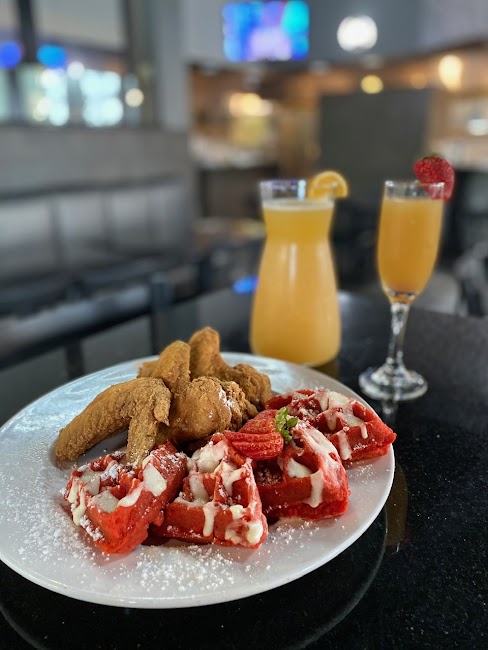 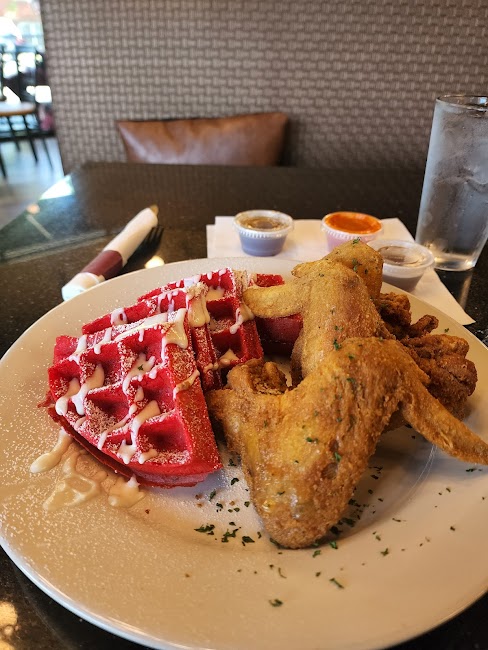 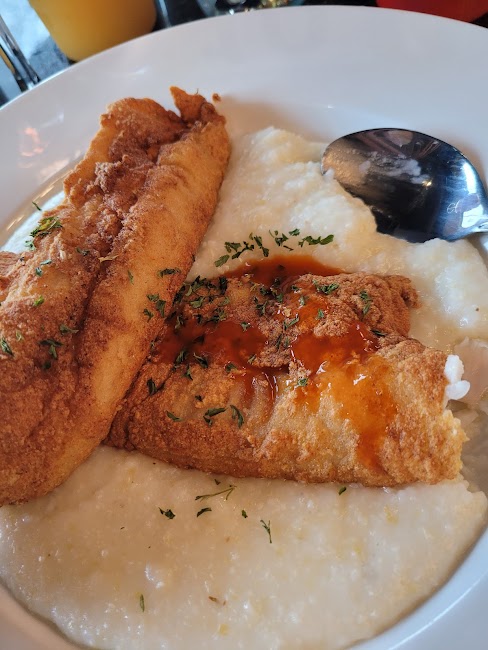 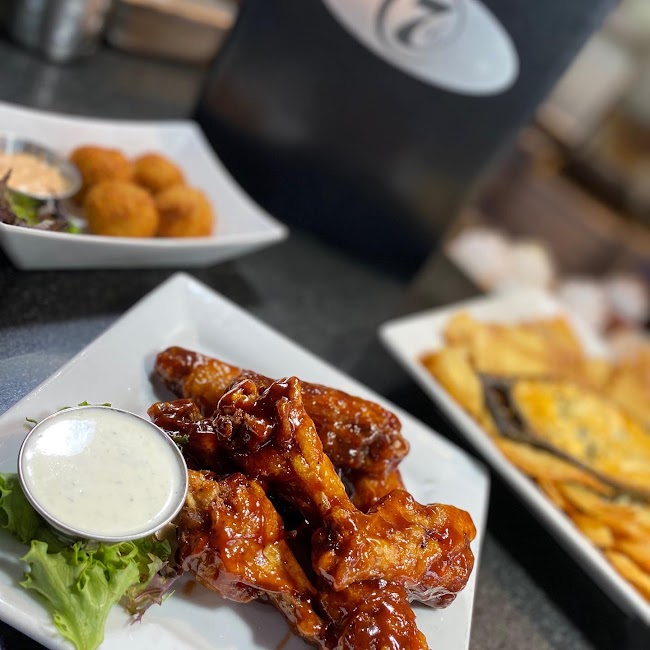 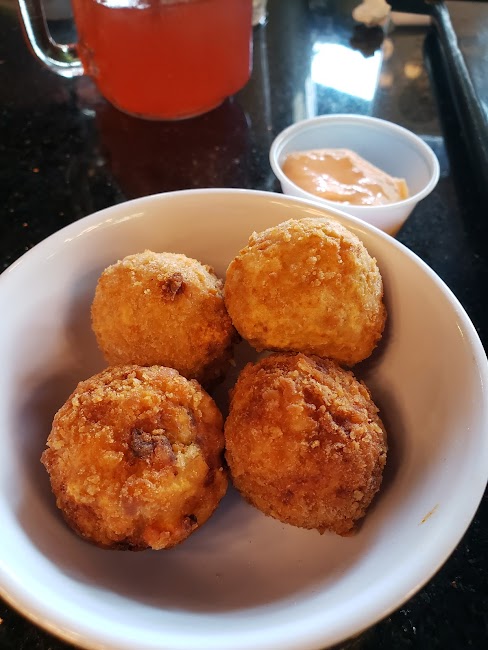 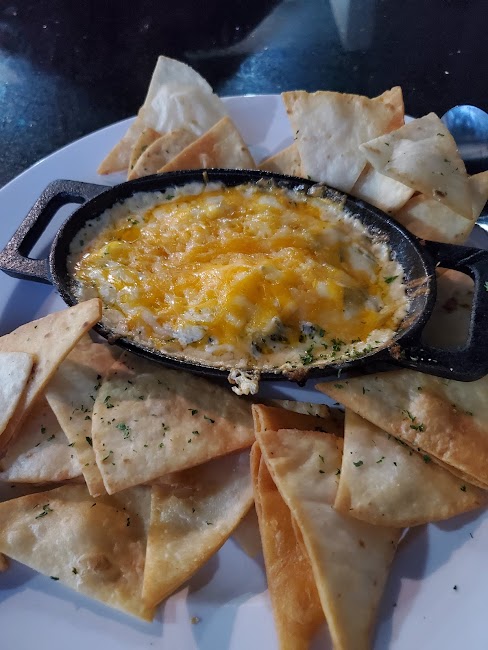 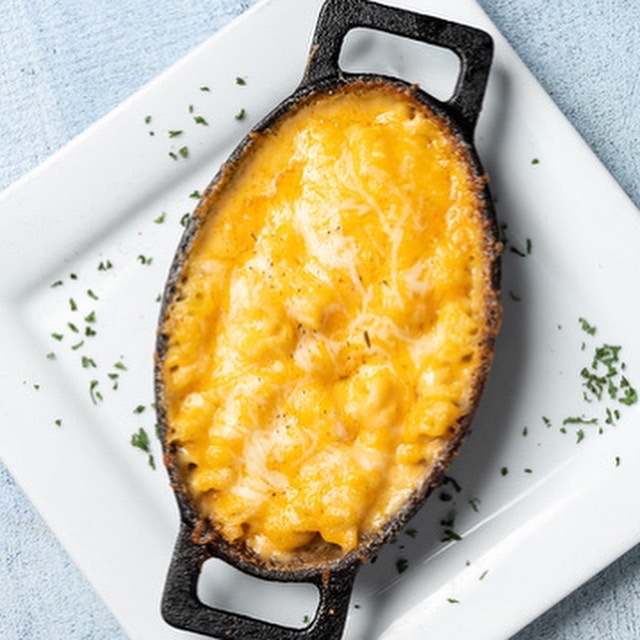 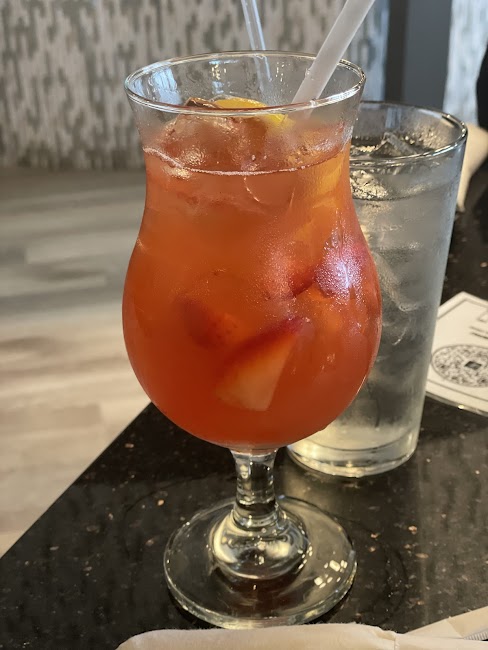 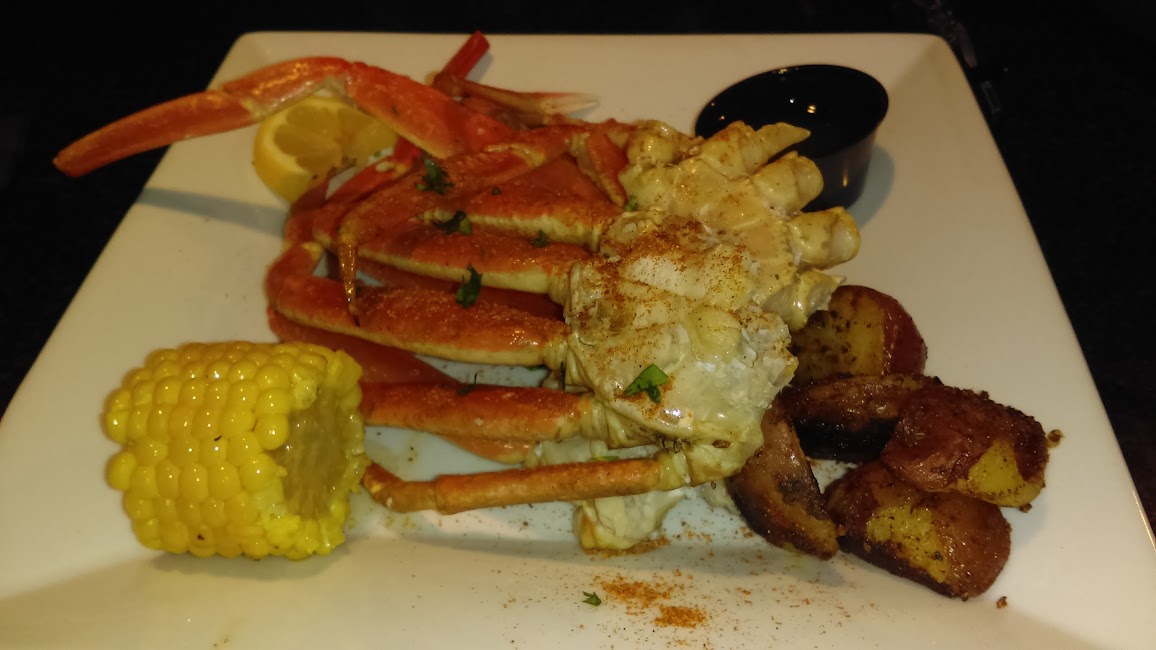 Let’s start with Chicken & Red Velvet Waffles. This eclectic American menu joins cocktails & wine in this lofty, industrial space with a patio. 7th Street Lounge is the place to go for a laid-back atmosphere and a soulful entree.

This is based on the customer service. Its unfortunate we did not get the opportunity to eat here. Some friends from out of town wanted to try this place. We showed up and stood in line behind a gentleman. The hostess passed us several times. Without any acknowledgment of us standing there. Until the line was so long it ended outside. She then stopped to tell us they are no longer seating anyone. And its reservation only. I would suggest a sign be placed on the door or where a hostess should be standing. Instead of waiting until you have a long line of people to inform us of your current process. Also answer your phone. A couple in line said We tried to call but no answer! Before going to this restaurant make a reservation. Unless you are trying to close your standing rings on your Apple Watch for the day. Because, you most likely will not get a seat without a reservation. Signage is a great form of communication for potential customers.

I love that it's black owned. The host was new and easily confused but happy and polite. The food was good. The bartender was the best. We invented a new mimosa and named it after her. I recommend everyone go and try it.

As a Travel Professional, clients may ask your opinion and advice on what to do, see and where to eat. We are currently conducting a tour of Charlotte NC...... here's my review of the restaurant listed above: They open at 5pm and upon our arrival they were still setting up. Why? This should have been completed before opening the doors. The restroom looked like they were about to close vs open. Why wasn't the restroom cleaned last night after closing on before you opened. And the food portion compared to the price - omg, never again. Attached are pictures of the mambo shrimp, collard green dip and salmon bites. In addition I ordered shrimp and grits as my dinner meal - NOT, I returned it before I had the opportunity to take a picture, but if anyone has a dog that has loose stools then you already know. And before you say something about prices to me, I have no problem paying for good food with great service and if these prices were in New York City or Washington DC, the portion size would be better for those prices. I would NOT recommend my clients to eat here

My family and I had brunch here about a month ago and it was amazing!! We made reservations but we had more than expected come the restaurant was short staff but we told them we was in no hurry and had patience. They let us stay cause reservations are no more than 10 on Sunday (I think) the staff was amazing food was great I would definitely recommend and go back !!!!

Let's start with the drinks. It took a while for our waitress to even come to the table, and when she did, we ordered apps, entrees, and drinks, because we didn't know when she'd come back. Only ONE person received an app, and this was before we got drinks. So I asked her where the drinks were, and she said they should be coming soon. She brought them one at a time, about 5/6 minutes apart. Like... Why not just bring them all over? Then she brought me wine instead of a sangria, and it didn't even have fruit in it. I went to the bartender directly, and she said she TOLD the waitress she didn't have the ingredients for sangria, but the waitress didn't tell us, and she took it upon herself to just bring wine. So I asked the bartender for another drink instead, and left the wine at the bar. Then the entrees start coming out, one at a time, probably 7 minutes apart, AND THEY WERE COLD. And the apps were ordered came AFTER the entrees. So we ask the waitress if she could remake the plate since everything was cold. She pretty much said she had to the see if the chef would want to remake it. What? It doesn't matter what THEY want to do, the food is cold. Why wouldn't you want to remake it? The manager comes over, and gets it remade, and I told him 2 of us still hadn't received drinks, and the SECOND DRINK I ASKED THE BARTENDER FOR hadn't come either. He FINALLY brings the drinks over. Mind you, this whole time our waitress is VERY slow, isn't alleviating the bad service, and is continuing to bring out cold food... I ordered the breakfast sampler, it was mediocre, cold, and the 2 strips of bacon I received were VERY small. I also ordered collard greens that tasted TERRIBLE. No seasoning at all, I took one bite and put it down. Out of all of us, only one person at our table received hot THE FIRST time they ordered. It was the wings, which were actually pretty good. The waitress brings the checks when we're ready to go, and there's an 18% service charge already added. This explained the terrible service: they get tipped no matter how awful the service is. Our friend recommended this spot, since most of us are from out of town. I love supporting black businesses, but I will not be returning to this one. Very cute atmosphere, and I like the music. But everyone is slow, and the food isn't good enough to deal with the employees. 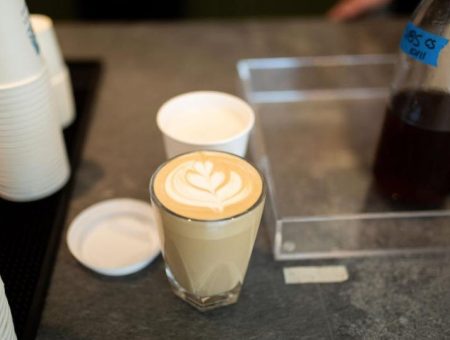 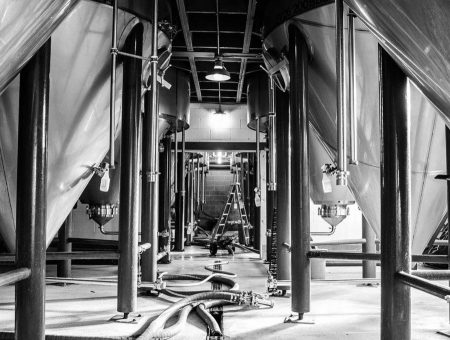 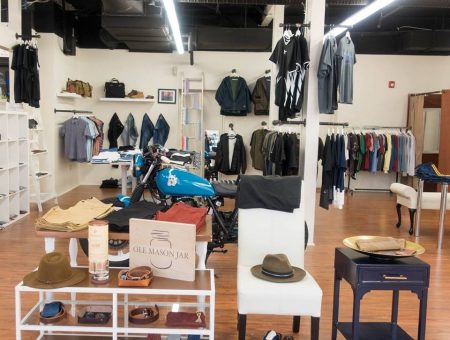 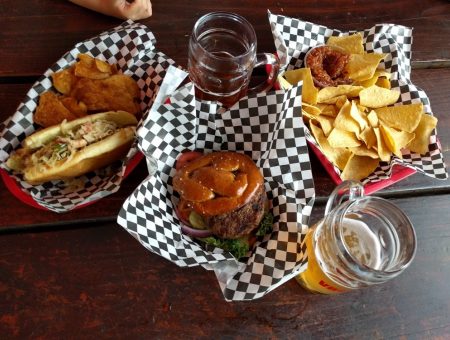