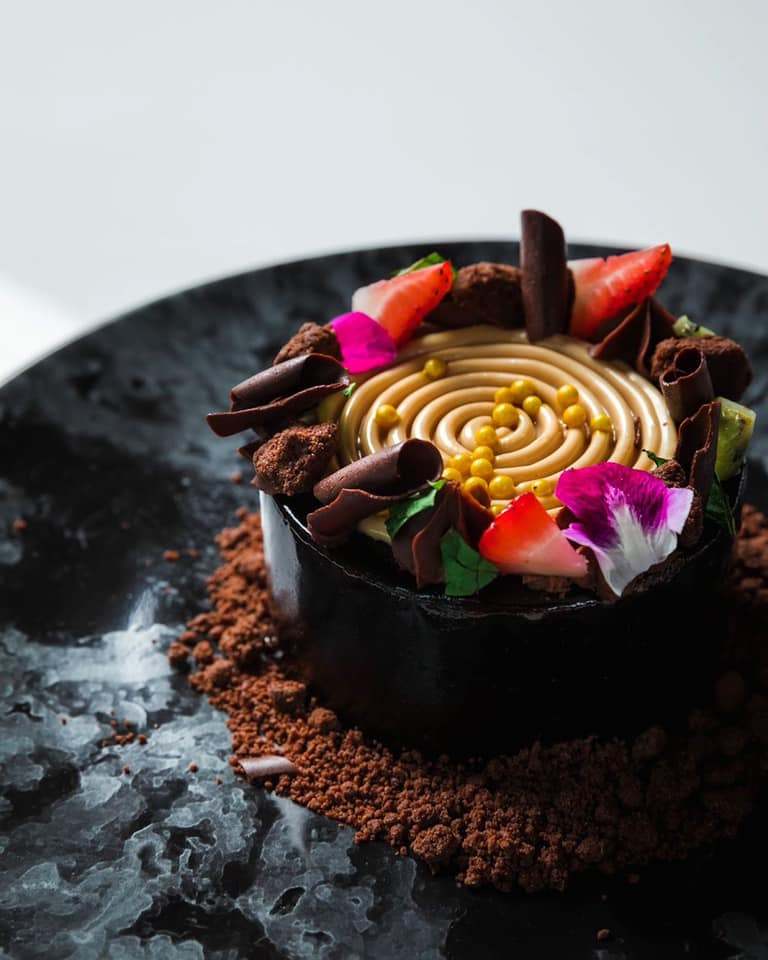 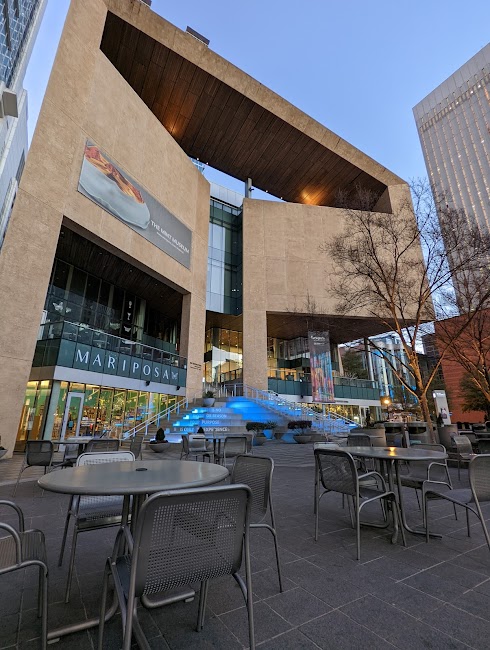 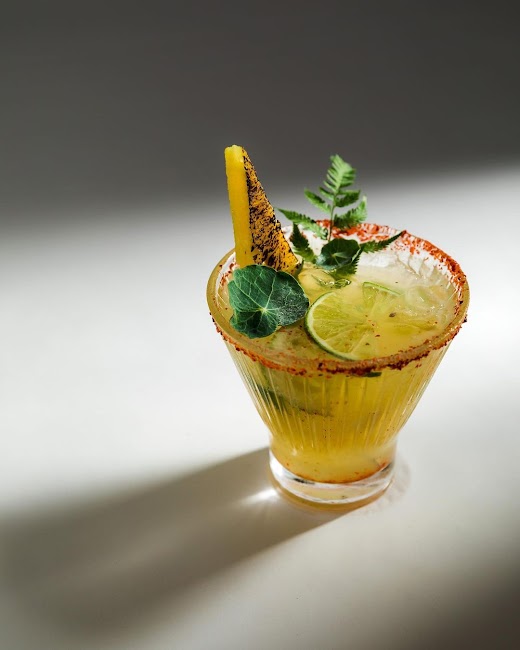 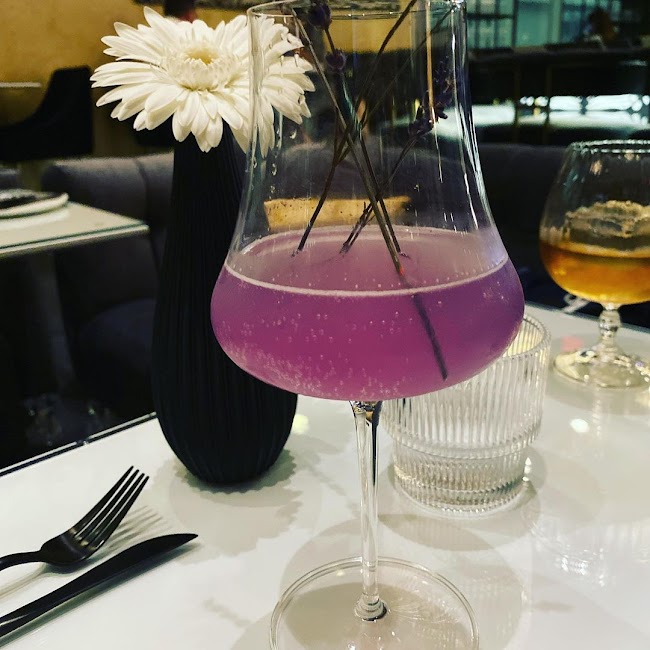 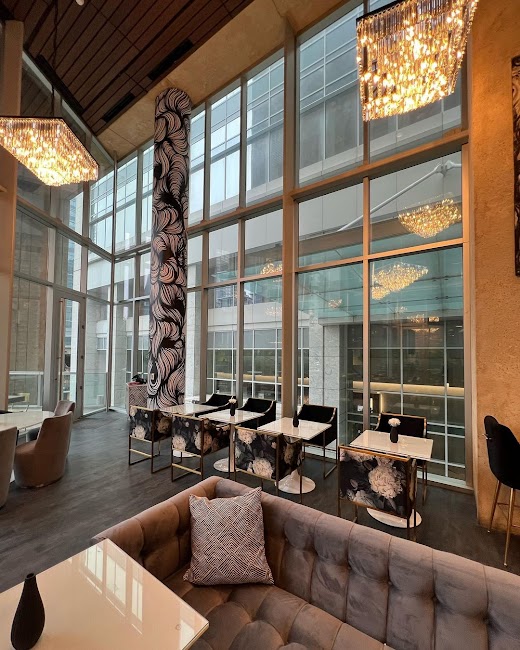 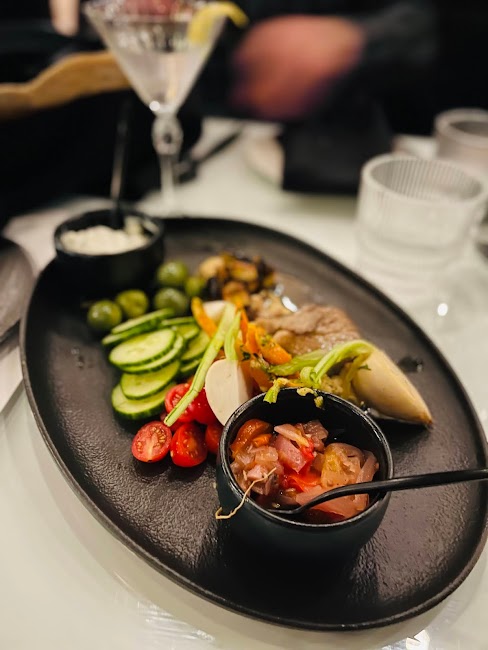 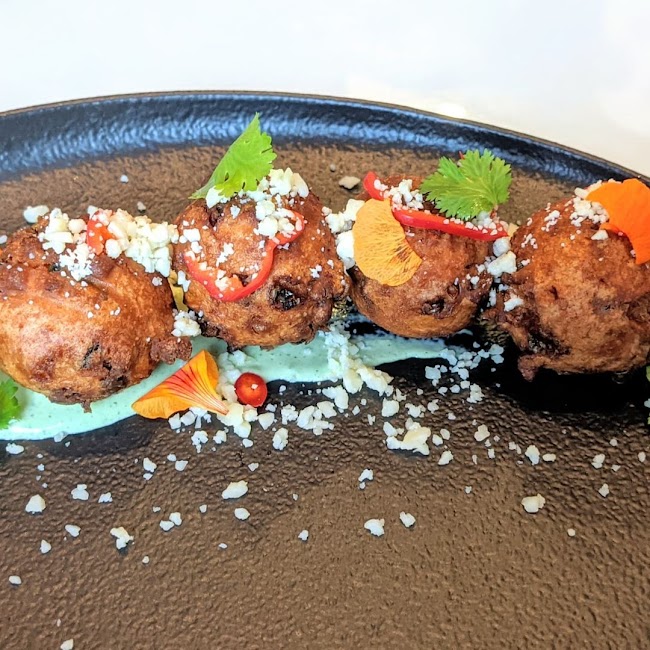 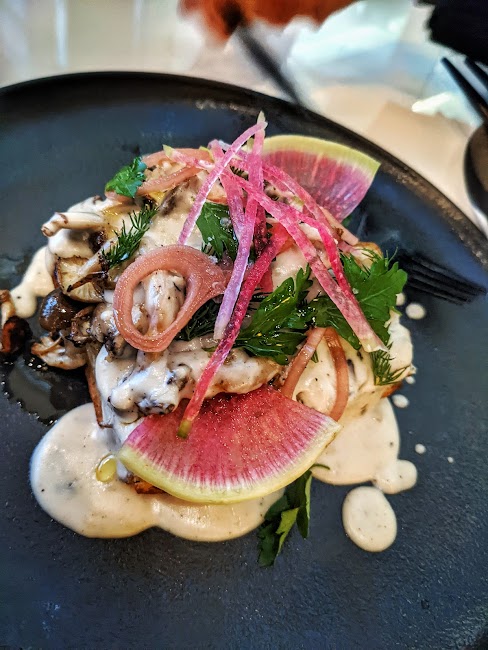 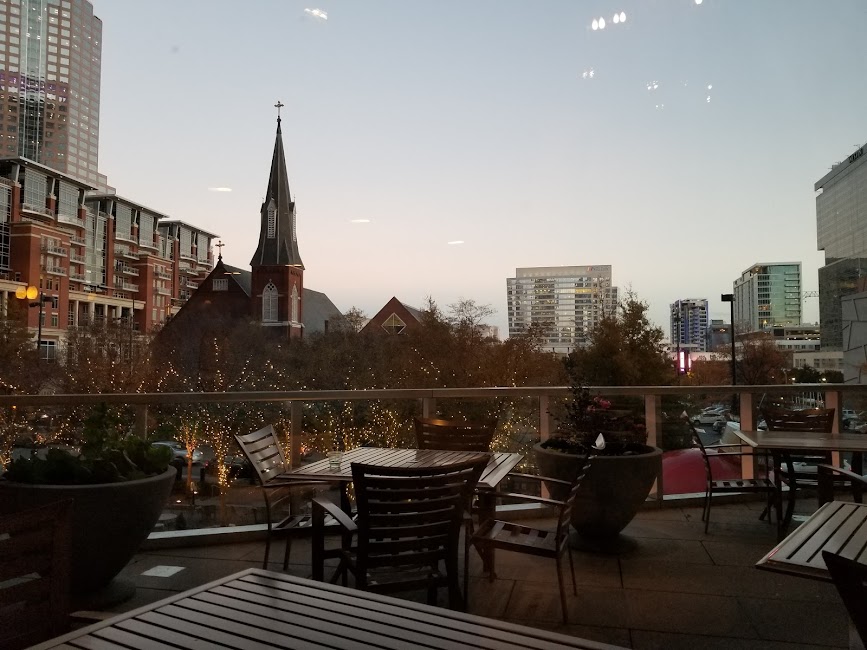 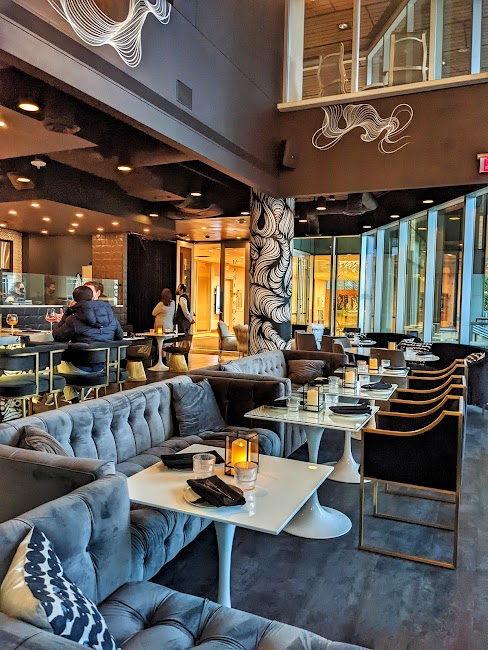 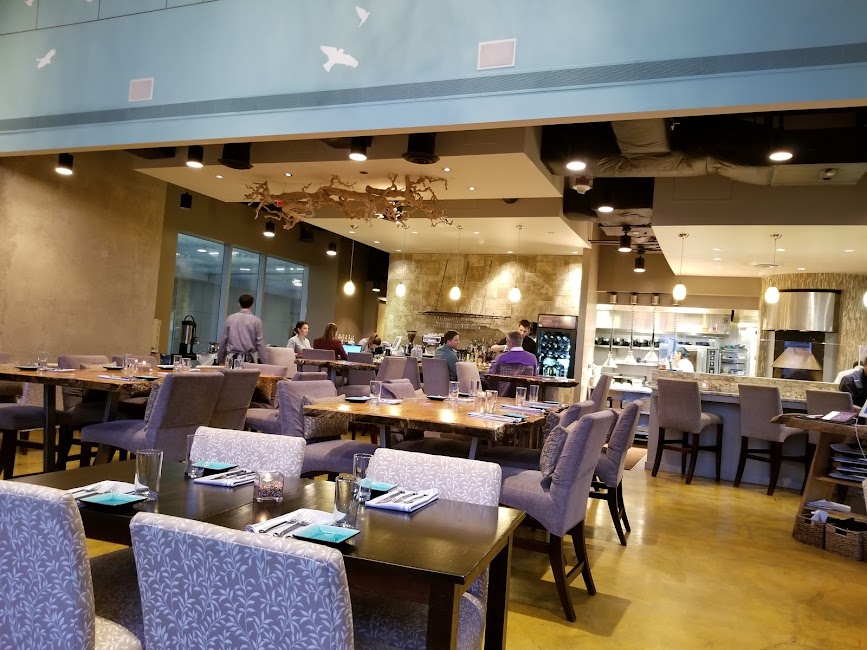 Food and service are top tier. Hubby and I visited for NYE dinner. We chose our selections from the pre-planned 3-course meal. Our main dishes were the grouper and short rib. DELICIOUS and fork tender! Our server Jason took great care of us and kept us informed and entertained. Will be back for happy hour!

This place is on point always! Staff is always friendly! And just get anything mushroom whether its the mushroom toast (sauce is fire!) or the cake that looks like a mushroom - what a beautiful display. All veggies dishes are always amazing and cooked to perfection. Only thing that was meh was the corn fritters its too much breading.

I cannot say enough how much I enjoyed my dinner with friends here last night 12/17/21. From the atmosphere and ambiance to the service and the food.. everything was amazing. Our waiter Andy was exceptional and all the food (we literally had almost every small plate and a few of the large ones) was delicious.. hats off to the chef last night.. to get such spectacular dishes out to our table so quickly and nothing was subpar is an amazing effort.. our favorites were the pork belly wraps, the short ribs, Street corn fritters, Paella, and the potatoes. Even the tuna dish which is like a sushi dish and I don't eat sushi was delish Pictures don't do it justice because we started eating before most of them and forgot to even get pics but here are the few we did manage to get.. Not featured is the delicious chocolate ice cream and delicious pomegranate sorbet. Including a pic of our waiter Andy if you can sit in his area .. p.s. he did have his mask on the entire time he just pulled down to snap this pic The bar was amazing as well drinks were delish ... Another note I'm not sure if their menu online is completely up to date or if it changes as some of the things we had I don't see so be open to a new menu just in case you do go.. I wasn't disappointed

Easily the best restaurant experience I've had in at least the last two years. Food and service were both outstanding. Our server did a fantastic job explaining the menu to us and providing us with his recommendations - we ordered almost everything he suggested and were not disappointed. The wine list is extensive and very reasonably priced (our server mentioned that the owner is a Level Four Sommelier and it shows!) and the staff is well-versed on pairings. We ordered four small plates and one large, and split between the two of us it was the perfect amount of food - almost too much as we couldn't even think about dessert! We started with the tuna crudo and marveled at how the flavors of the togarashi and sesame perfectly complimented the fish and just exploded in our mouths. Next was the pork belly bulgogi lettuce wraps which we both agreed was our favorite dish. It is served deconstructed with rice, kimchi slaw, peanuts, and a sweet but tangy sauce. I will dream about that pork belly for days! We joked that the corn fritters were easily the fanciest and best hushpuppies that we'd ever had, my only complaint (if you can call it that) is that the flavors of the fritters overshadowed the crema, which was also very tasty. Our last small plate was the hearth roasted mushrooms, and the only dish that I wished was slightly different. Our server described it as "mushroom toast", rosemary herb focaccia topped with boursin and mushrooms. It was slightly awkward to cut and eat, so we made a bit of a mess trying to split it up, and the richness of the bread and cheese slightly overshadowed the mushrooms. I think this dish would really shine in a deconstructed form! For our large plate, we split the chipotle short ribs and oh. my. god. Some of the best short ribs I've ever had. They melt in your mouth, and the chipotle rub adds a very nice building heat. The roasted vegetables that we ordered as the side were also delicious. Our server was able to suggest a lovely red to pair with the short ribs, and he even decanted it for us early on so it could breathe a bit before the arrived. When the check arrived we were shocked at how reasonable it was. Given the level of service, food, and atmosphere, I would fully expect to pay twice as much in most large cities. I cannot recommend Mariposa enough! If we lived in Charlotte, we'd be there weekly.

Mariposa, which means butterfly in Spanish gives off a very modern vibe . They offer small & large shareables , paired with beautiful lush cocktails . They are located inside of the mint museum downtown . Here they offer a quite extensive & impressive menu . The menu is broken down from small to large shareable categories along with the sides & desserts categorized. Here's a list of the items we chose from the Small shareables . Salmon Rillettes , Wood hearth chicken , Lamb bulgogi lettuce wraps, Elite corn fritters . From the large shareables we chose Piri Piri Chicken , Chipotle crusted short ribs,& Gullah paella . For the sides we went with the Tandori spiced cauliflower , Squash casserole , Crispy Grecian roasted potatoes . Last but not least the desserts we chose were the Burnt Basque cheesecake & Coconut Semifreddo. My absolute favorite dish of the evening was the chipotle crusted short ribs they literally took my breathe away ! If you're looking for a new trendy & modern restaurant definitely check these guys out and the staff is super knowledgeable. 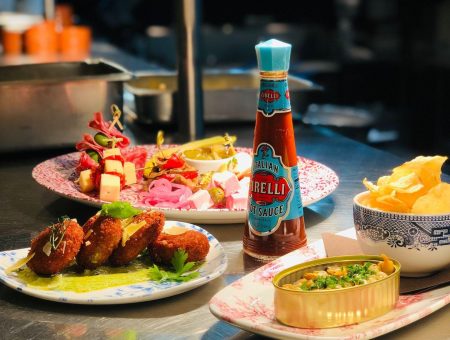 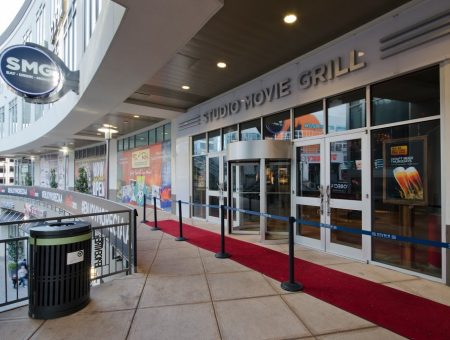 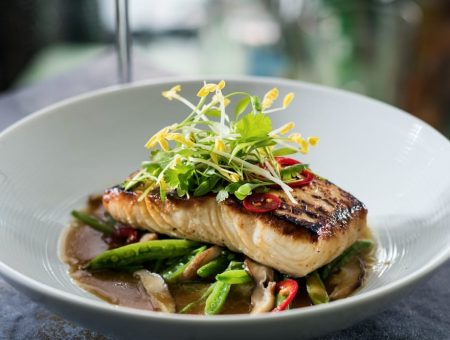 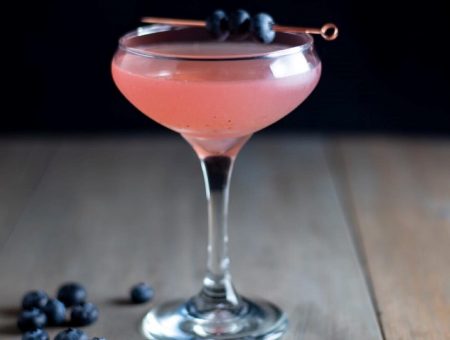