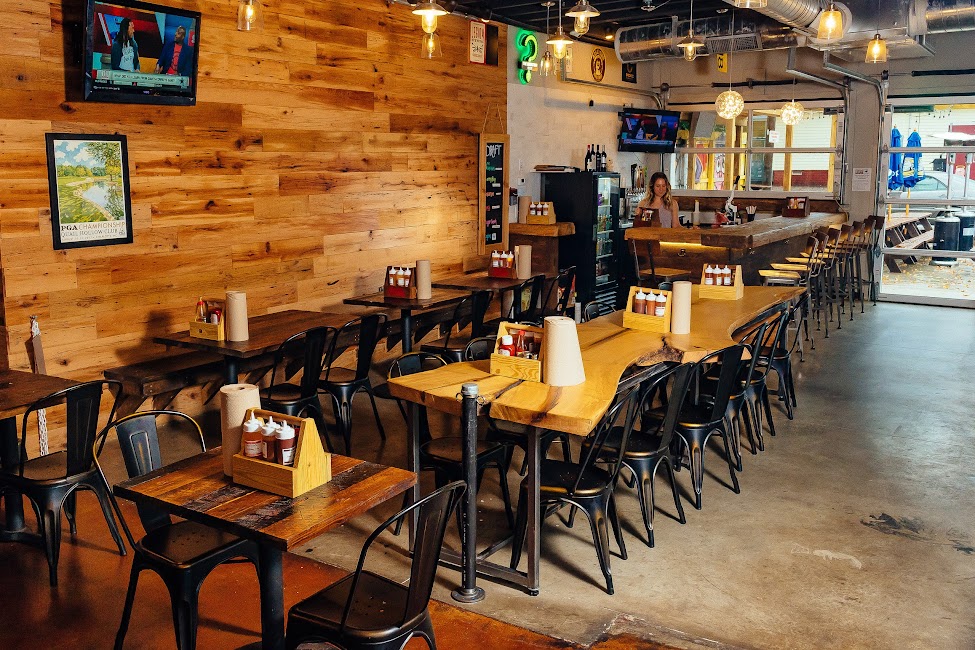 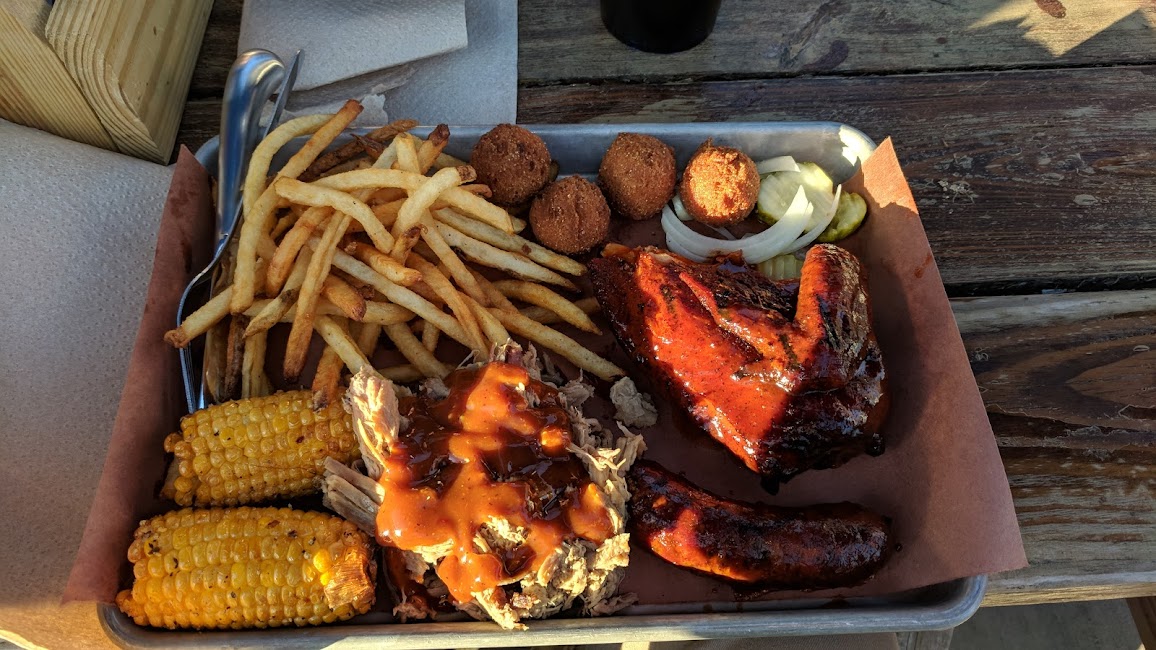 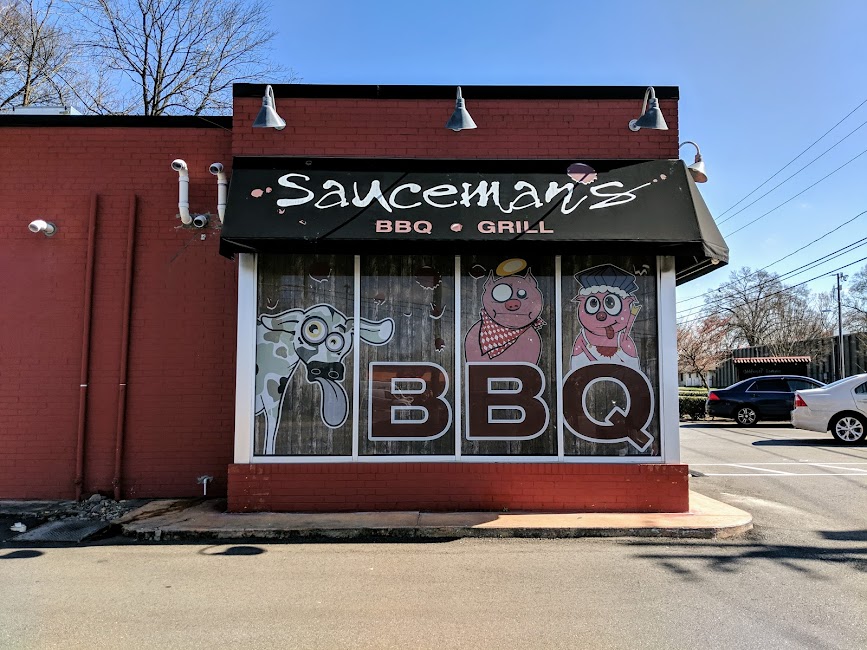 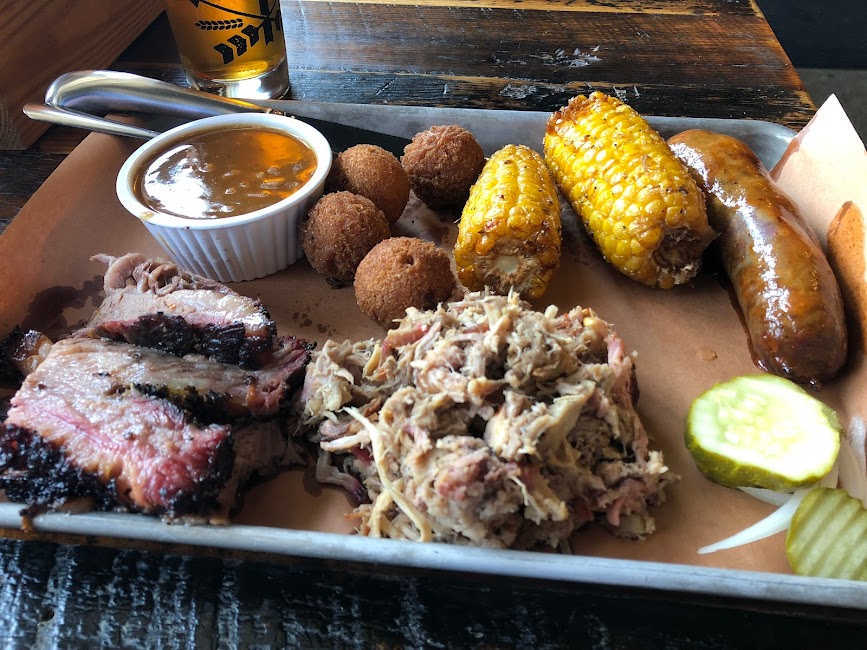 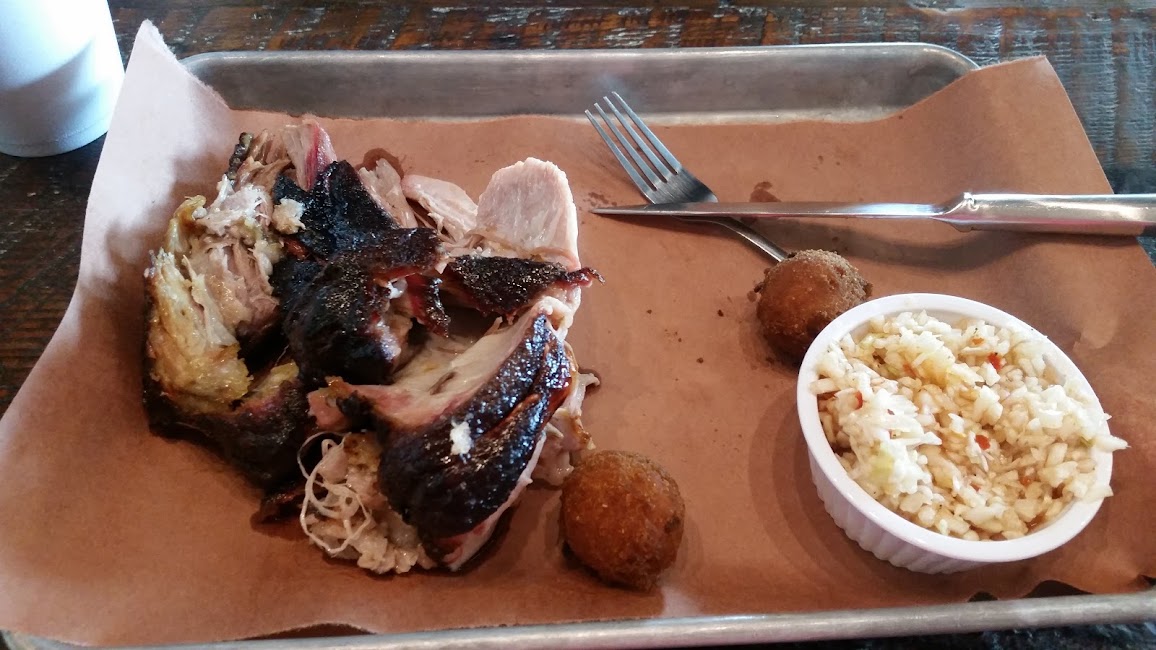 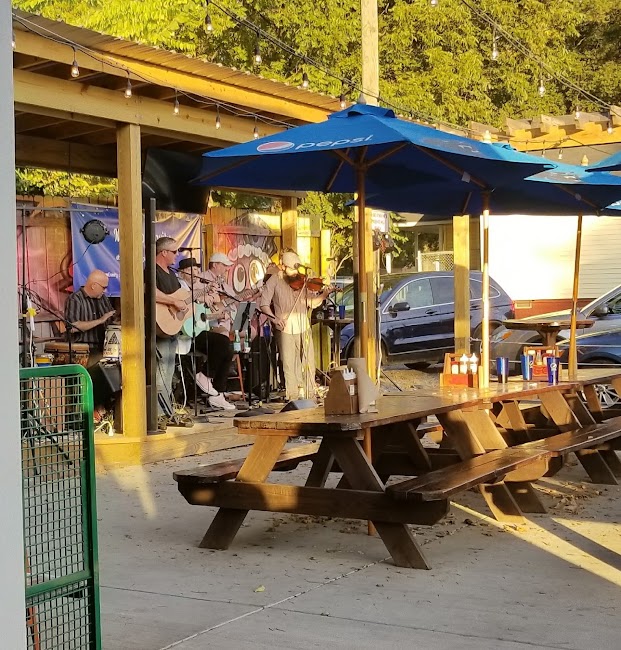 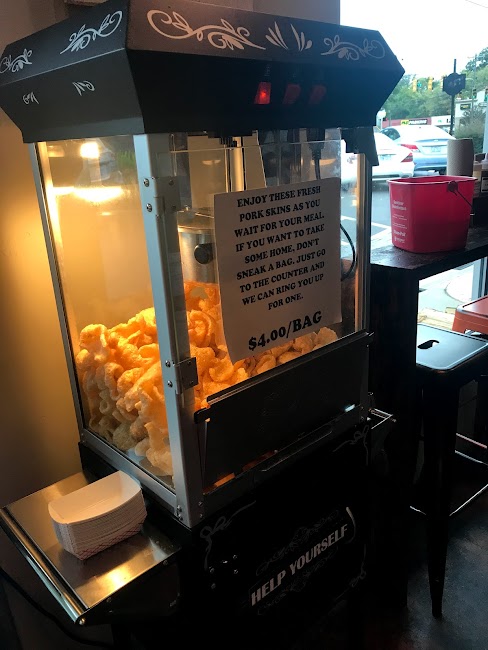 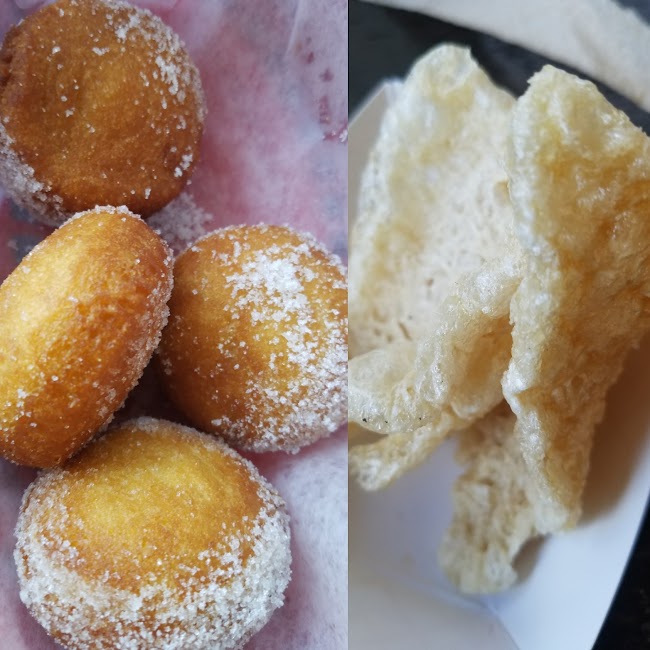 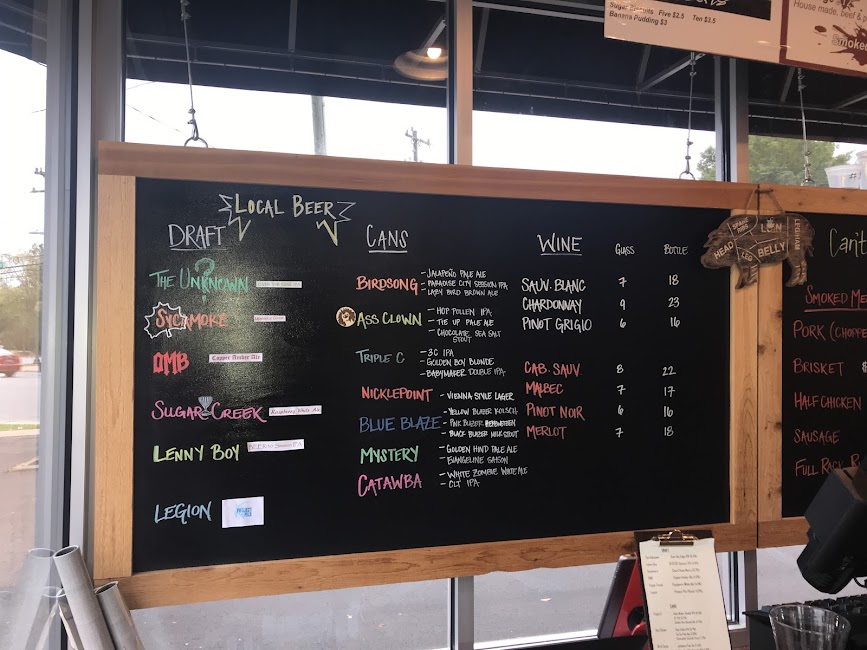 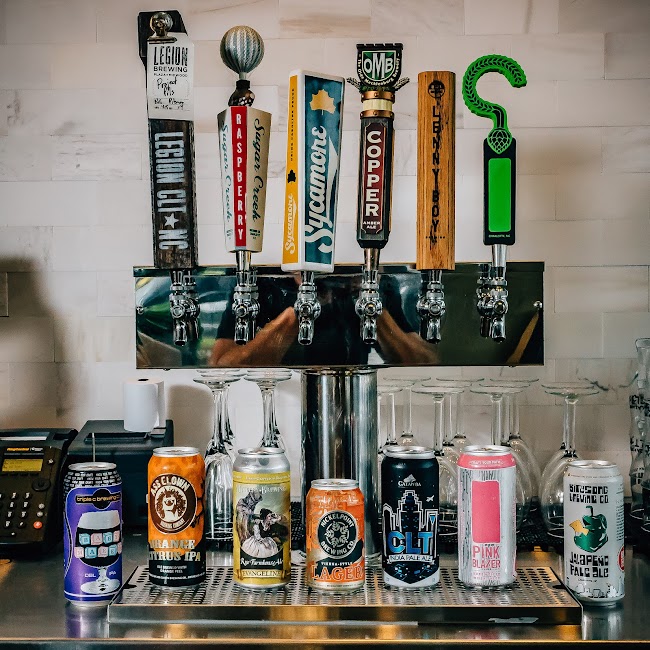 Was in town a few years ago on a work trip and was told I HAD to check out Sauceman's for Charlotte BBQ. Went with the standard brisket and pulled pork with the BBQ beans and fried corn and, because it was a surprise, the hush puppies. Everything was outstanding! Coming from West Texas, I like to think I've got a good gauge on BBQ and Sauceman's rated among the best I've tasted. Every element was great, the proteins carried outstanding smoke flavors and the textures were spot on. The sides were all among the best I've ever had. The fired corn was delicious and the texture was an added bonus, genius! The hush puppies and beans were spot on, texturally and with the flavors. I could not have been more happy with my Charlotte BQ experience on my day trip into the city.

A great spot for lunch, all the food an sides were amazing. I really enjoyed the 3 different sauces they had to offer, the mustard sauce was my favorite. I would make sure to hit this place for lunch if you're in the area.

They made some subtle changes since I was here last, but they made a huge difference. I would now rank this as my second favorite BBQ in Charlotte (Midwood Smokehouse being first). Its way better than Macs Speedshop now. The decor of the restaurant changed a little and its really well done now. Theres a lot of wood incorporated and a garage door leading out to the patio. They added sauce options so now you have the choice between vinegar, mustard, and smokey bbq sauces. The vinegar and mustard were my favorite, but the smokey was also good. They also have complimentary pork skins now which were very good. We got the South End Combo with pulled pork, brisket, chicken, mac and cheese, and baked beans. I think the brisket was the best Ive ever had. It had a really tastey char around the edge. The pulled pork was also very good. The chicken was my least favorite. The outside was good (a little spicy), but the inside was a little dry. The hush puppies are now my favorite in Charlotte (since Macs change their recipe). We finished up with the sugar biscuits which were very good - light, sugar coated, donut like balls. This is a must try restaurant in Charlotte that I highly recommend!

Yaaaass! Finally! BBQ we can recommend! Lost a few points, being out of brisket & sausage but my family was satisfied & all the fingers were licked. We'll be back!

i had 2 Kind of wings. those were ok, nothing soecial but blue cheese sauce was a Newmans pack. the atmosphere is a bit between mc Donalds and a real Restaurant. it is a place for a quick Snack. 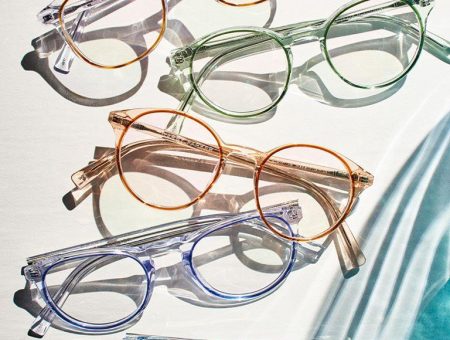 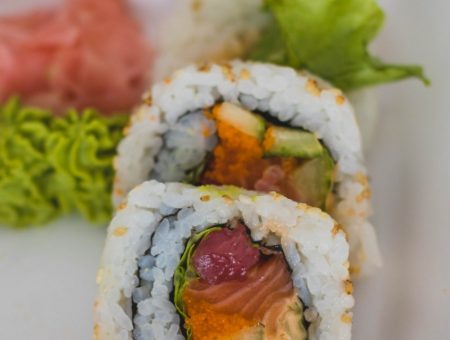 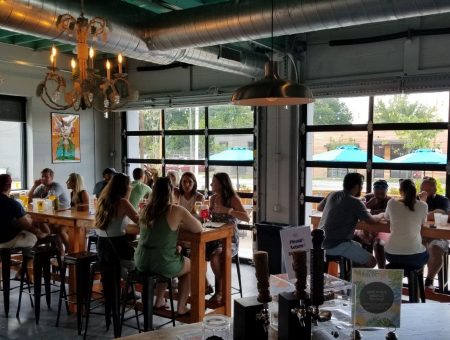 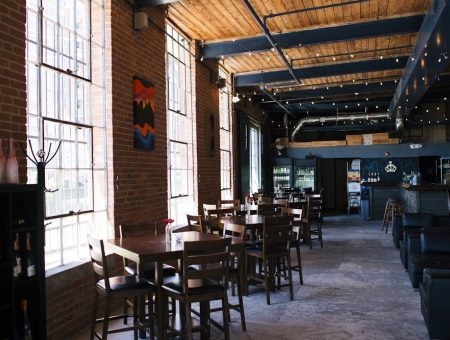