It’s no doubt spring is a great time for music, with a long list of big names visiting Charlotte to go along with our first outdoor concerts of the year. Let’s take a look at some of the shows you need to put on your calendar today. 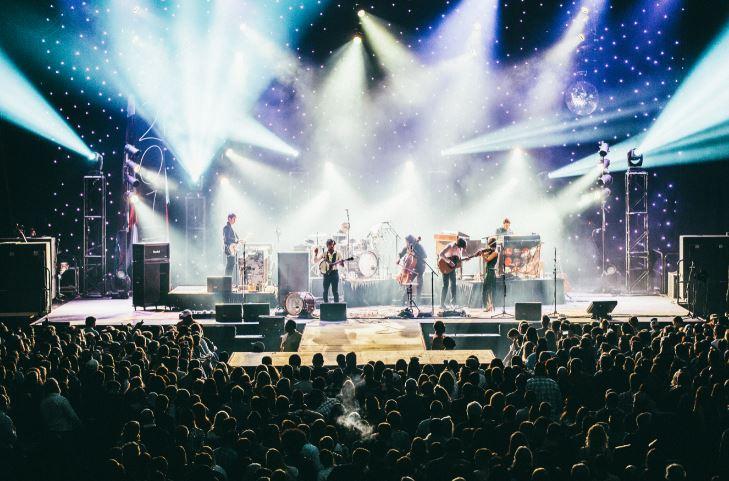 Spring has returned to the Carolinas and some say there’s no better time of year in the Queen City. It’s no doubt spring is a great time for music however, with a long list of big names visiting Charlotte to go along with our first outdoor concerts of the year. Let’s take a look at some of the shows you need to put on your calendar today.

April 3 at The Fillmore

Searing blues guitarist Gary Clark Jr. returns to Charlotte just weeks after the release of his third studio album, This Land. Known for his enthusiastic live performances and prolific touring schedule, Clark Jr. won a Grammy in 2014 for the song “Please Come Home”. Expect a lively atmosphere at The Fillmore for one of rock’s biggest stars.

Veteran Christian hip-hop producer and recording artist TobyMac will light up the crowd at Bojangles Coliseum. With a career that spans more than 30 years, over ten million albums sold and three Grammy wins, it’s fair to say TobyMac is one of the most successful Christian recording artists of all time. Enjoy funky, pop-infused rhythms that might remind some of a certain former member of NSYNC. 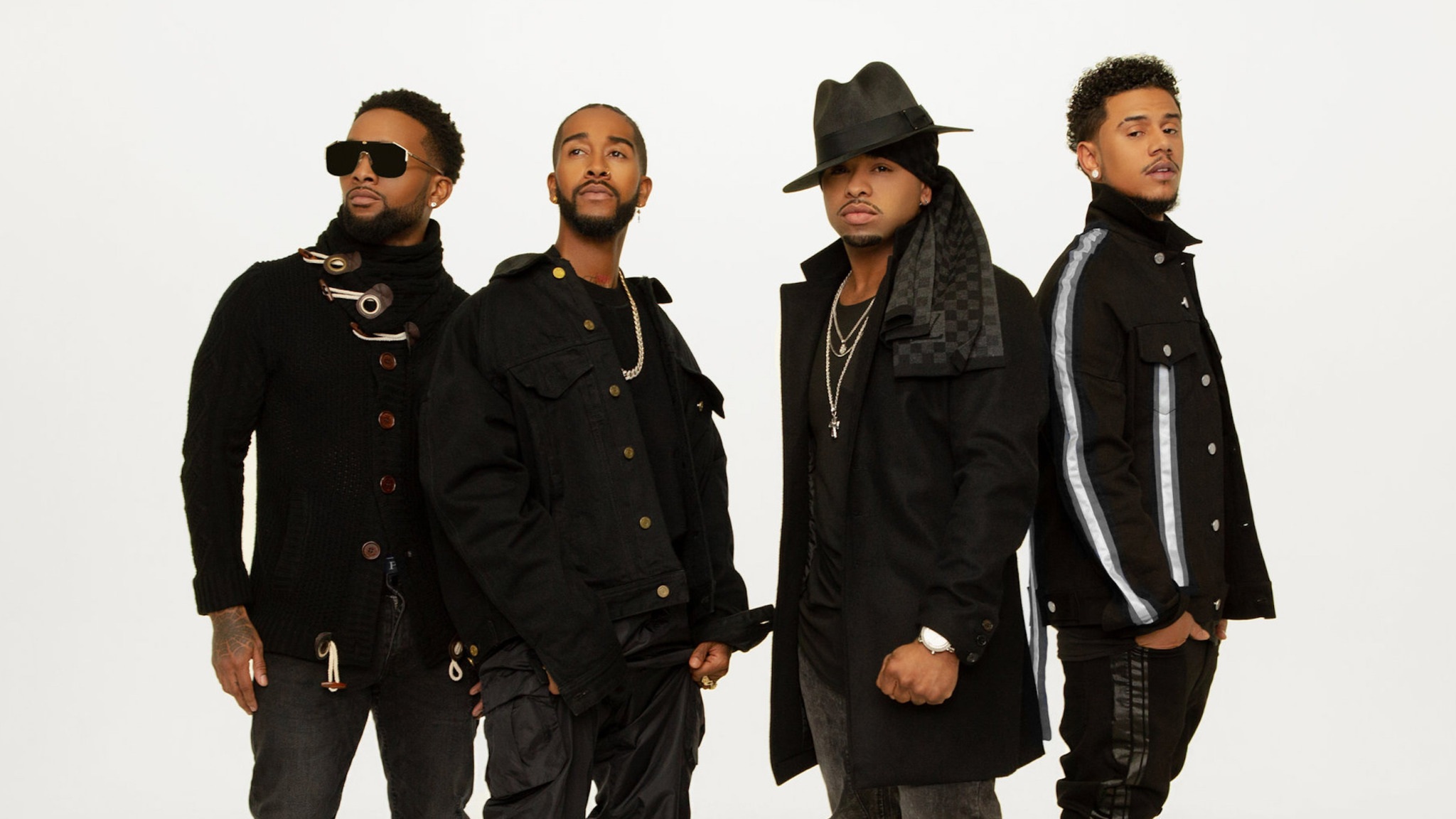 Fans of mid-aughts hip-hop and R&B will want to make plans for The Millenium Tour when it hits Uptown’s Spectrum Center. Headlining the tour is B2K, the boy band that spawned Omarion’s solo career, reuniting after a 15-year hiatus. Rounding out the bill is a formidable lineup: Pretty Ricky, Chingy, The Ying Yang Twins, Mario, Bobby V and Lloyd.

One of the most popular yet enigmatic rappers in history, DMX, is making a stop in Charlotte to celebrate the 20th anniversary of his debut album, It’s Dark and Hell is Hot. DMX (Dark Man X, aka Earl Simmons) was one of the biggest names in hip hop in the late nineties, rivaling Jay-Z, before a series of career missteps, drug abuse and psychotic episodes derailed his career. X has recently had something of a career revival, having gotten sober, retained his boundless energy, and starred in several viral videos. This promises to be an unforgettable show at the Music Factory venue (formerly Label).

Silky smooth neo-soul singer Leon Bridges will welcome the warm spring weather in one of the first outdoor shows of 2019. With just two albums under his belt (including 2018’s Good Thing), Bridges has initiated a new generation to sounds that will remind some of a young Sam Cooke or Smokey Robinson. Warm spring nights in Carolina are tailor-made for soulful singers like Leon Bridges. 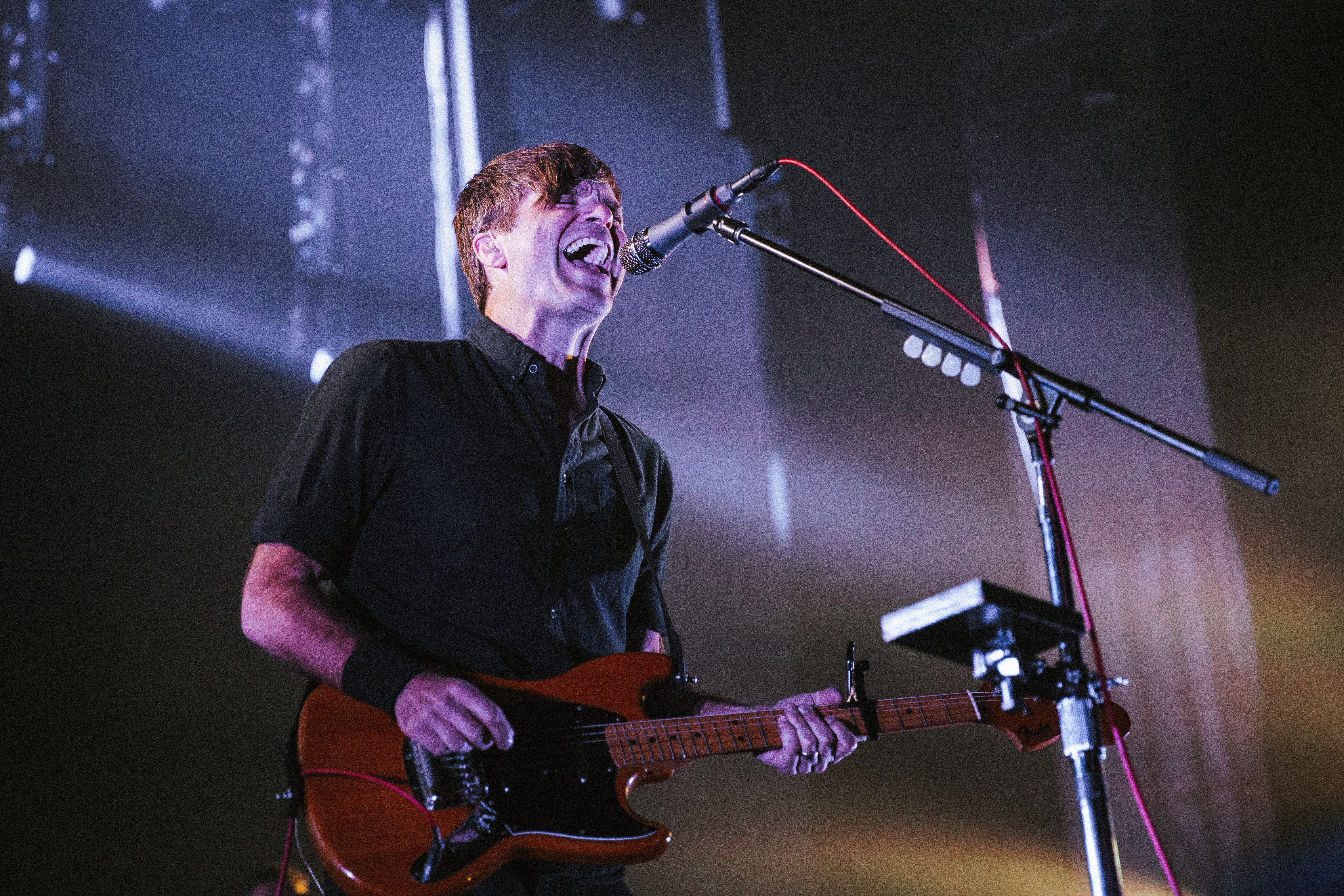 Washington-based indie pop rock quintet Death Cab for Cutie returns to Charlotte for the first time in three years. Touring to support their ninth studio album, 2018’s Thank You for Today, Death Cab’s unorthodox sound has been delighting fans for more than 20 years. The historic Ovens Auditorium will provide the perfect backdrop to this show.

Whitesnake: The Flesh and Blood Tour

Stock up on hair spray, eyeliner and fishnets and get ready for one of the most iconic rock bands of the 1980’s to shake the walls at Ovens. Although somewhat emblematic of a bygone era of rock, Whitesnake has shown a rare longevity, having released 13 albums since 1979, including February’s release of Flesh & Blood. David Coverdale and company will bring lots of energy and some hair metal nostalgia to Charlotte, and you should be there.

May 3 at Sounds of Summer in First Ward Park

Sounds of Summer is the rebranded name of the former Live on the Green series, which will celebrate its third year in 2019 with four shows over the summer. The highlight of this free concert series is Colorado-based bluegrass group Yonder Mountain String Band. Western North Carolina has a deep history in bluegrass, and Yonder Mountain fits right in with that tradition.

Bryan Adams’ music has been a constant on pop and rock & roll charts since 1983’s Cuts Like a Knife. In 2019, Adams will release his 14th studio album, Shine Like a Light, and tour in support of it. The outdoor amphitheater and lawn seats will be the perfect backdrop to sing along with some of Adams’ greatest hits.

Proclaimed a "national treasure" by the Los Angeles Times, Grammy Award-winning singer Anthony Hamilton is one of the big names joining this year's Charlotte SHOUT! celebration. This event is the grand finale of CLT250, a yearlong celebration recognizing Charlotte's history and celebrating its future. Don't miss out on seeing this legendary performance! Tickets are just $35. 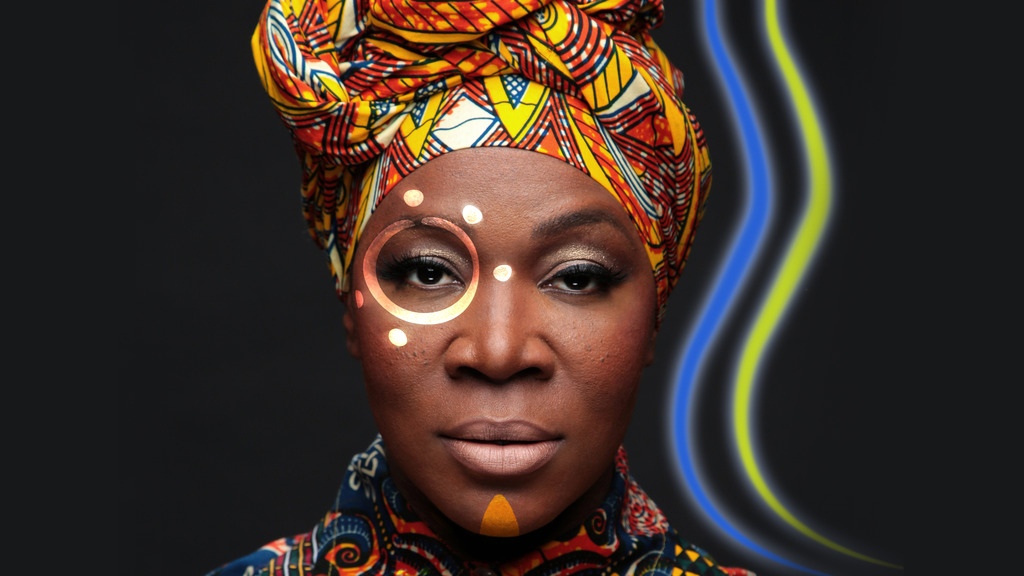 May 9 at Ovens Auditorium

Four-time Grammy-winning artist India.Arie will bring her soothingly soulful voice to the stage at Ovens Auditorium in May. A steady presence in the R&B and neo-soul scene since 2002, India.Arie will tour to promote her forthcoming album, Worthy. In a venue that has hosted both Aretha Franklin and Diana Ross, India.Arie carries on a worthy tradition of timeless female soul voices at Ovens.

May 10 at The Fillmore

Former one-man band Shakey Graves will step up to the stage at The Fillmore in support of their 2018 album Can’t Wake Up. Now touring as a trio, the band began life when frontman Alejandro Rose-Garcia played solo with nothing but a guitar and a modified suitcase that served as a kick drum. The band now brings their folk rock sound to one of the most intimate venues in the city.

May 12 at Ovens Auditorium

May 14 at Ovens Auditorium

This may technically be a concert roundup, but when one of the most legendary names in comedy, film and TV comes to town for a stand-up set, you make an exception. A true pioneer in the industry, Carol Burnett has been performing since the 1950’s. Although her career includes far more accolades than can fit in this space, she is perhaps best known for her groundbreaking work on The Carol Burnett Show, the first variety TV show hosted by a woman. In honor of her question and answer sessions with her audience that would typically open the show, her Charlotte date will include questions from the audience. 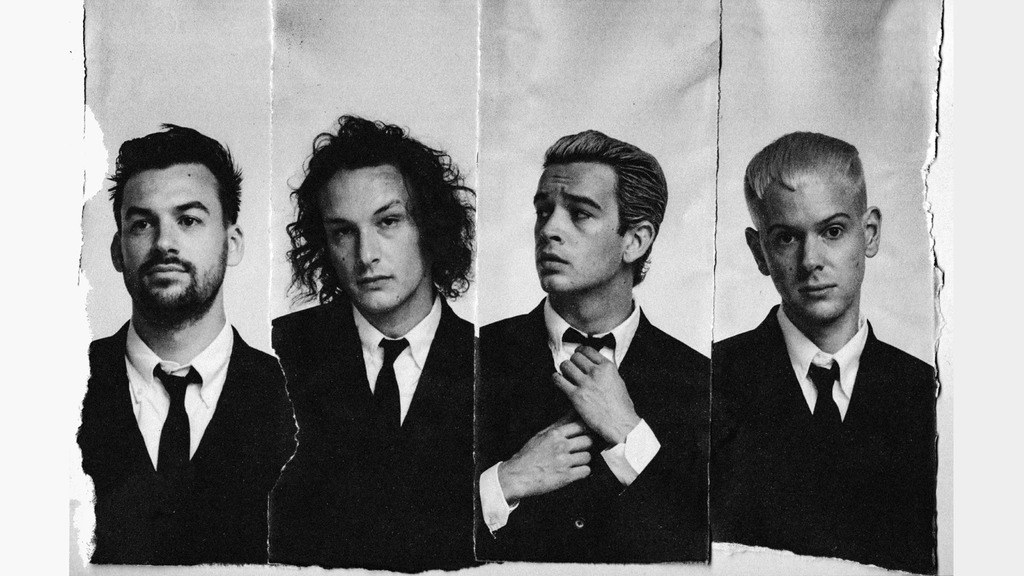 Pop rock outfit The 1975 has gained considerable acclaim since releasing their self-titled debut album in 2013. With Notes on a Conditional Form, an album scheduled for release later this year, you can bet the rock quartet to have plenty of new music for this show. Expect bouncy rhythms and unforgettable melodies with Charlotte’s Uptown skyline in the background.

Chicago-based rock band Styx had a string of unforgettable hits in the 70s and 80s that maintains constant play on classic rock stations across the country to this day. The band best known for “Come Sail Away”, “Renegade” and “ Mr. Roboto” will headline this year’s Speed Street festival in celebration of the Coca-Cola 600. This is no longer a free event however, tickets are $20 in advance and $25 on the day of the show. 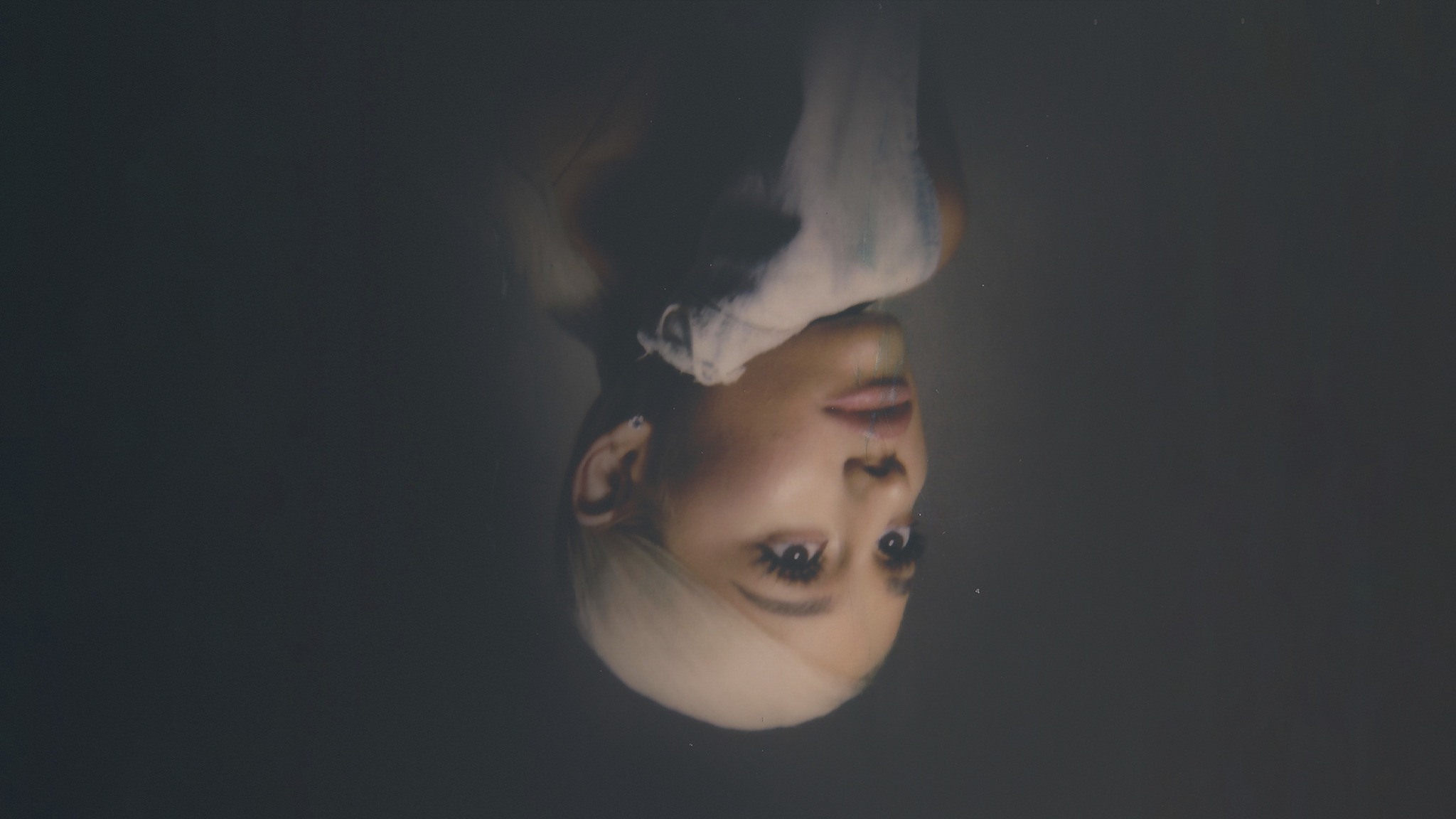 Perhaps the most popular female pop artist in the world (she has the most Instagram followers of any woman in the world), Ariana Grande’s Sweetener Tour will make a stop under the bright lights of Uptown’s Spectrum Center. 2019 has been good to Grande thus far, as three of her singles (“Thank You Next”, “7 Rings” and “Break Up With Your Girlfriend, I’m Bored”) held the top three spots on the Billboard 200 simultaneously, a feat only rivaled by the Beatles. This promises to be a hot ticket, but one that will undoubtedly be worth it.

A recently added second leg to their Bandito Tour has high-energy pop rock duo Twenty One Pilots putting the sound system at Spectrum Center to the test. Despite only having two members (vocalist Tyler Joseph and dummer Josh Dun), Twenty One Pilots creates a tsunami of sound. Performances are bright, loud and sustain a feverish pace throughout. Many bands suffer in an arena rock environment, but Twenty One Pilots seems custom built for it.

The Grateful Dead are unquestionably one of the most influential bands in music history, with a catalog and career that continues to brighten more than 50 years after the band’s founding. Since the death of beloved frontman Jerry Garcia in 1995, the surviving members have continued to perform under various iterations, but seem to have found a groove with Dead & Company. The secret sauce seems to be the addition of guitarist and pop superstar John Mayer, who has helped bridge the gap between generations of Dead Heads. 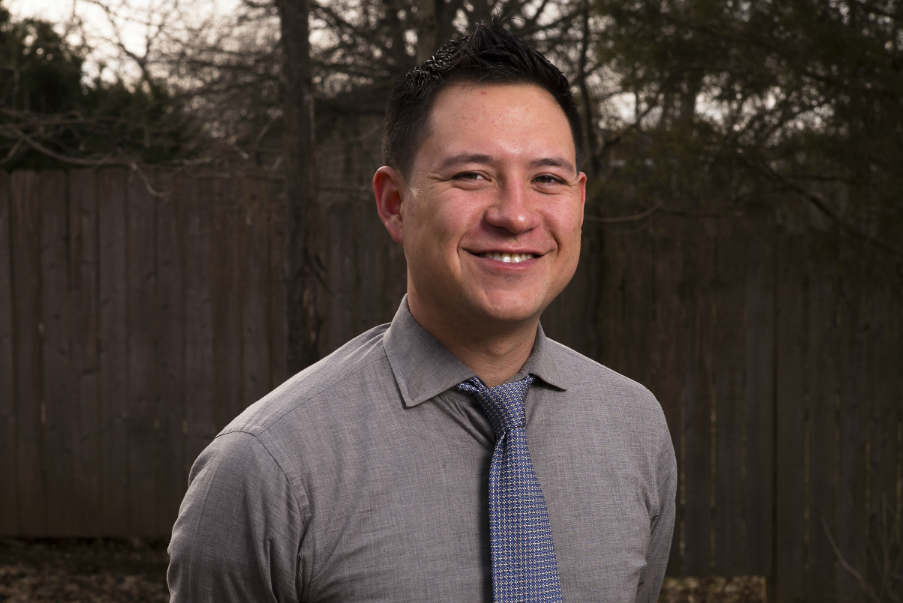 Andy is a full time digital marketing specialist, as well as a freelance podcast producer, writer and photographer. He's made the Queen City his home since 2006 and lives in NoDa. Currently, he runs about an eight minute mile, but living in close proximity to Sabor doesn't help that pace. 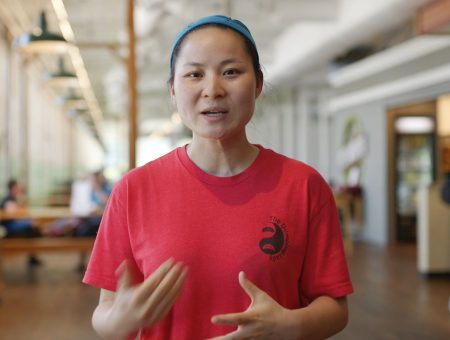 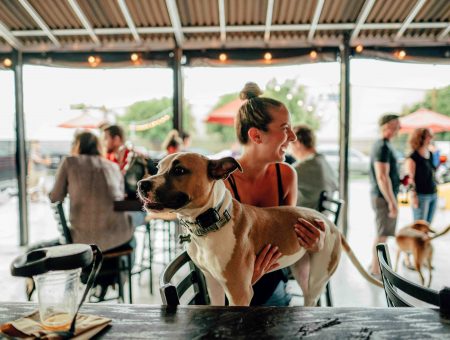 Eat & Drink
Where to Drink Beer with Your Dog in Charlotte 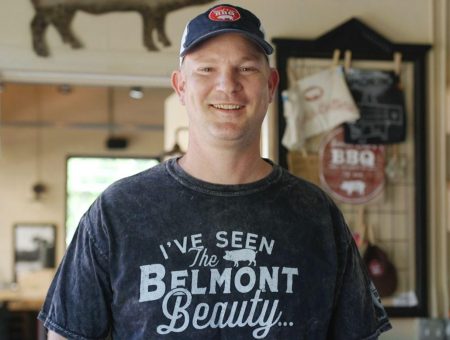 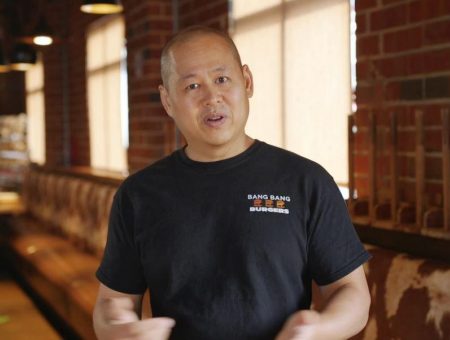