An Intro to Charlotte's International Restaurants

From authentic Korean barbecue to creamy Mexican ice cream, here’s how to dine your way around the world—without ever leaving Charlotte. 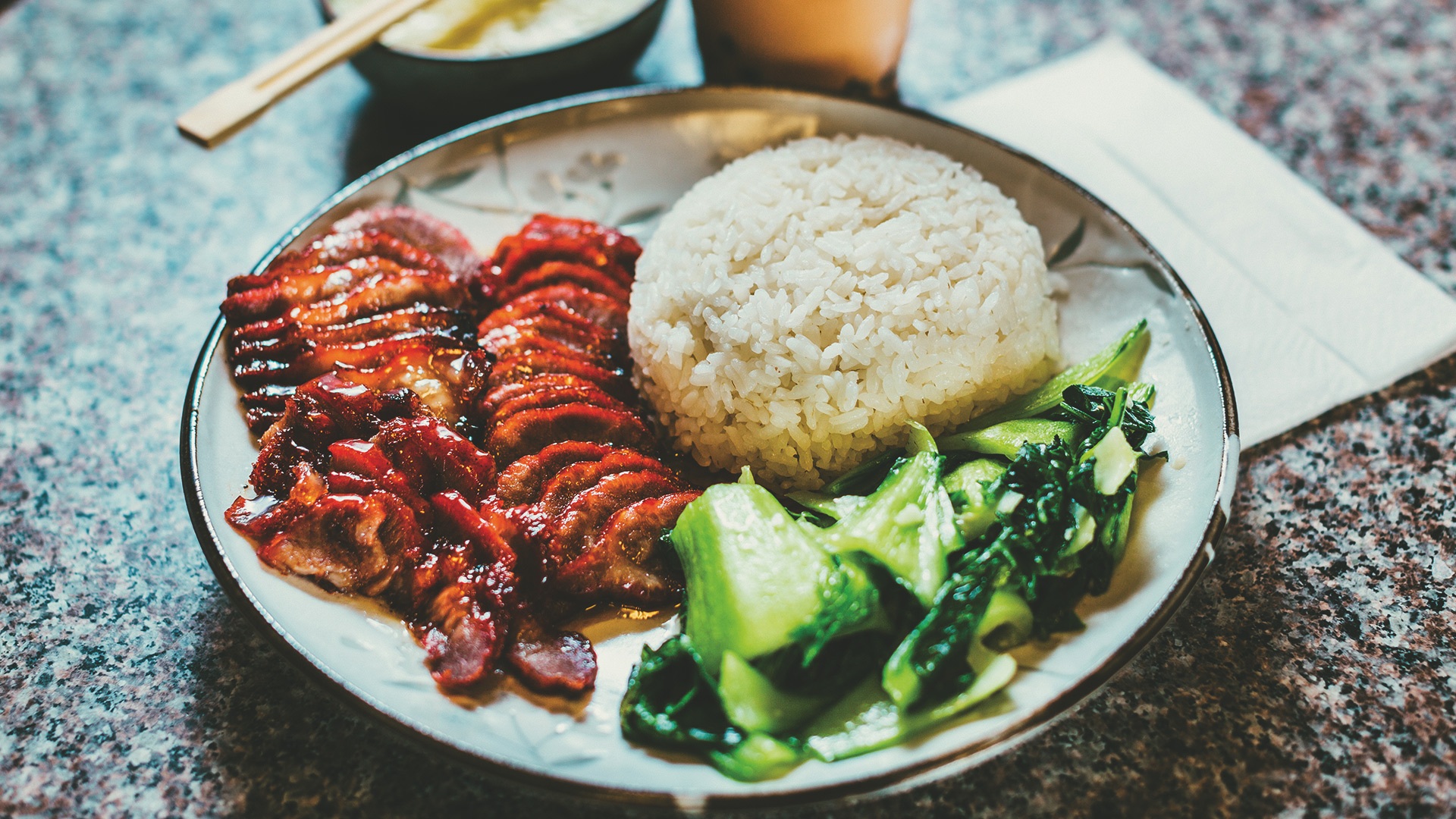 When you’re searching for worldly cuisine in Charlotte, don’t go looking for distinct neighborhoods; you’ll find neither a Chinatown nor a Little Italy, as in older cities. Instead, everything’s mixed. The gastronomical scene is a salad bowl, if you will, especially along post-World War II shopping strips such as Central Avenue or South Boulevard. Meanwhile, Polk Street in suburban Pineville boasts eateries and groceries from eight countries within a single mile.

Most of the city’s international restaurants and shops are intimate mom-and-pop places where you’ll find yourself chatting with the immigrant owners. Below, find our guide to exemplary eateries from every corner of the planet. Expand your palate and explore! 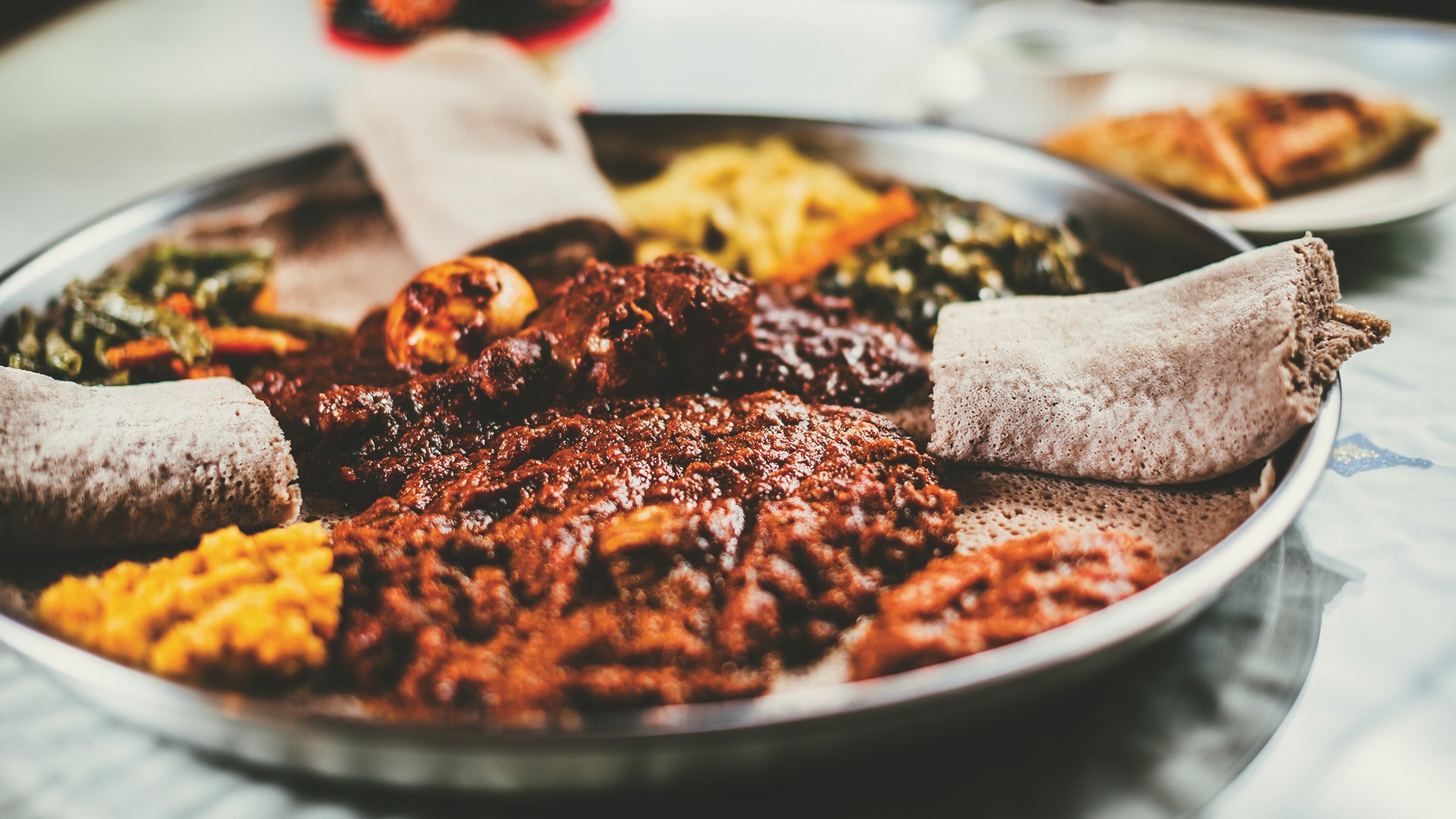 Noah Mesgane and wife, Eden, preside over this daytime restaurant/evening nightspot, one of half a dozen Ethiopian/Eritrean eateries in the Queen City. Start with a sambusa—a pastry pocket filled with meat or lentils. Then order any of the combination platters—medleys of savory lentils, vegetables and meat stews, which arrive on injera griddle bread.

A small takeout restaurant in the West End, Mama Gee’s owners serve up staples from their native Ghana. Try the Jollof Rice Plate, a large spread that includes drumsticks, tomato stew and plantains.

Near Central Piedmont Community College’s Levine Campus, on the edge of Matthews, you’ll find this Asian supermarket, which was once a Winn-Dixie. The cafe and bakery draw crowds with specialties like barbecue pork with Chinese vegetables. Co-owner Alice Chang loves teaching how to cook her favorite dishes.

This Charleston-based restaurant serves up Southeast Asian flavors at Optimist Hall. Menu items include Okonomiyaki (Japanese cabbage cake), Crab Fried Rice and the KFC Sando (Korean fried chicken bao). All of these dishes are a must-order – whether you’re a first-time visitor or a regular.

Childhood friends from Naples, Italy, reconnected in Charlotte to open Portofino’s Ristorante Italiano e Pizzeria in 1996. This original East Charlotte spot has inspired two other locations around the metro. Sample the antipasti freddi and caldi (hot and cold) or dive right into the generous pasta dishes and flavorful pizzas.

For authentic German cuisine from a family with German roots, head to Pineville for dinner in the cozy Waldhorn. Schnitzel, bratwurst and beef roulade are all stars of the show, and they pair perfectly with a stein of beer (pilsners or hefeweizens, of course).

Family owned and operated since 1991, The Mad Greek of Charlotte serves up “truly authentic Greek food” on South Boulevard. You’ll find Greek dishes and American favorites, including top sellers like the Mad Greek Salad, the Gyro Pita and traditional baklava. They also pride themselves on having the only Falafel Burger in Charlotte.

Novelist Carson McCullers wrote part of her classic The Heart is a Lonely Hunter here when this was a run-down rooming house. The Dilworth neighborhood has reinvented itself, and this Victorian cottage has become an elegant destination for contemporary Indian cooking. The menu changes frequently but watch for dishes featuring duck or scallops.

Try Chinese food from India. One of the world’s biggest Chinatowns is in Kolkata (Calcutta). Chef Michael Huang came from there to Cornelius, where he cooks Indian-Chinese favorites such as kati rolls—meat kabobs wrapped in buttery, flaky Indian paratha bread—or chicken 65—chicken nuggets fried in an Indian lentils and spices mix.

This Indian street grill at Optimist Hall is the creation of James Beard-nominated chef Meherwan Irani. Highlights include lamb burgers, chicken tikka, house-made hot sauce and alcoholic slushies. Vegetarians have plenty to choose from, too, like the Tandoori Veggie Roll and Impossible Boti Burger.

A Piece of Havana

Cuban-born Belkis Plasencia wanted a spot for Cuban food and good times. A Piece of Havana serves up both. Try the ropa vieja–shredded beef—or camarones al ajillo—shrimp in garlic sauce. And, of course, there’s black beans and rice. On weekend evenings, you’ll likely need reservations. A lively music scene with some of Charlotte’s best Latin bands draws families and friends from across the region.

For a delightful sweet treat, opt for a scoop of Mexican ice cream at Cocos Locos, where wonderful flavors, many unfamiliar, are locally handmade in small batches. Try the mango or the raspberry—you won’t be disappointed.

The scent of empanadas will greet you in the parking lot of this authentic Colombian restaurant tucked in a Pineville shopping center. On nice nights, you’ll find locals relaxing on the patio enjoying a delicious dish with a cold cerveza. Want the full experience? Order the Bandeja tipica Colombiana – a Colombian platter with grilled beef, beans, red sausage, pork crackling, rice, egg, sweet plantains, avocado and white corn tortillas.

If you love the idea of customizing your meal, AmiMya Latin Cuisine in Cotswold is your go-to. Choose your dish (burrito, bowl, tacos, quesadilla, salad), protein and toppings to create the perfect lunch or dinner. Save room for the additional offerings, like empanadas or chips and salsa.

Izzat Freitekh first owned a place just like this in Jerusalem. When one of his children came to the United States to study at the University of North Carolina at Charlotte and sent back word of Charlotte’s welcoming business climate, Freitekh shut his hometown doors and reopened on Sharon Amity Road. Dip paper-thin pita bread into the hummus and tabouli appetizers. Then choose the shawarma—chicken grilled authentically on a vertical spit—the lamb shank over rice or the kabobs. You can’t go wrong.

The Sadek family, from Lebanon, opened this restaurant next to a suburban Costco store in 2013. Look for the small plates: kibbeh—crispy croquettes of lamb or beef—little sujuk sausages and stuffed grape leaves soaked in olive oil. 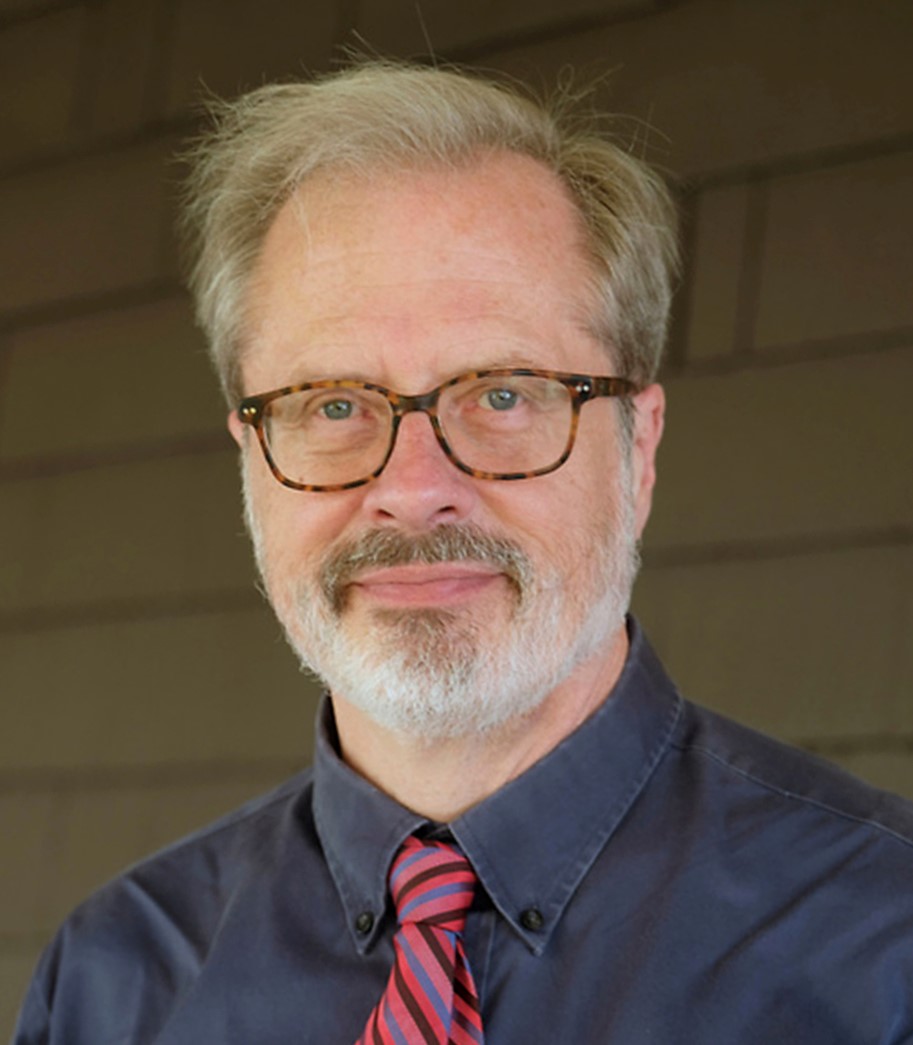 Dr. Tom Hanchett wrote the book Sorting Out the New South City, a history of Charlotte’s growth. He recently retired after 16 years as the staff historian for Levine Museum of the New South. Charlotte Magazine calls him “Charlotte’s Dr. History” and named him a 2015 Charlottean of the Year. Read his monthly Charlotte Observer column “Food from Home” about our city's old and new food traditions. Learn more at historysouth.org. 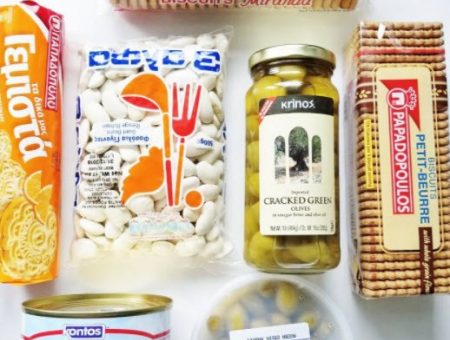 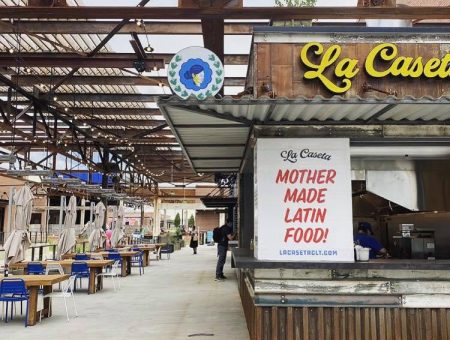 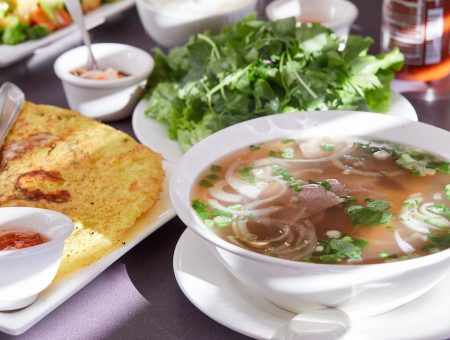 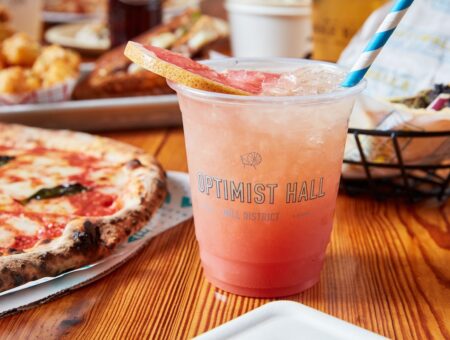