Top Places to Find Greek Food in the Queen City

From a restaurant serving recipes passed down from Greek relatives to American spins on Mediterranean food, Charlotte has something for everyone.

Summertime calls for fresh ingredients and lighter dishes - what better way to enjoy both of these than with some Greek food?

Restaurant updates and hours of operation listed below are subject to change. 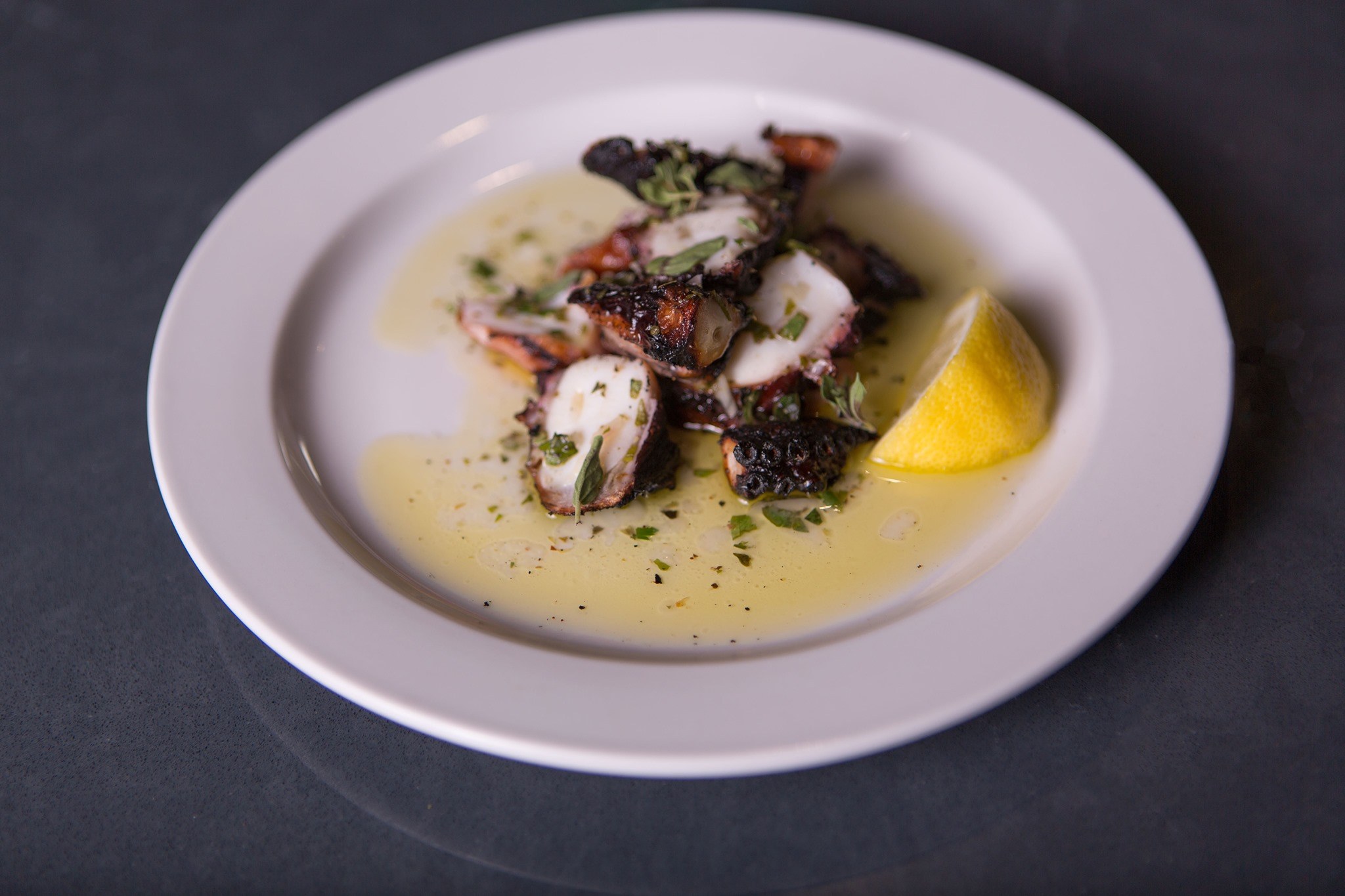 While this restaurant is temporarily closed for dine-in due to COVID-19, make note to visit once they open back up, hopefully soon. Located in Belmont, Estia’s Kouzina, which translates in English to “Estia’s Kitchen,” is named after the Greek goddess of hearth and home. The restaurant focuses on the food of Greece and neighboring Mediterranean countries and invites you to “taste a sea of imagination.”

Founded by Vasili, Greco Fresh Grille serves recipes passed down from his mother who emigrated from Greece to the U.S. after WWII. They pride themselves on making everything in house and using fresh ingredients like olive oil, Greek yogurt, ripe vegetables, herbs and chickpeas. With five locations in and around Charlotte, their top sellers – lamb and chicken gyros, Greek salads and hand-cut seasoned fries – are easily accessible.

Must order: Lamb (or Chicken) Gyro 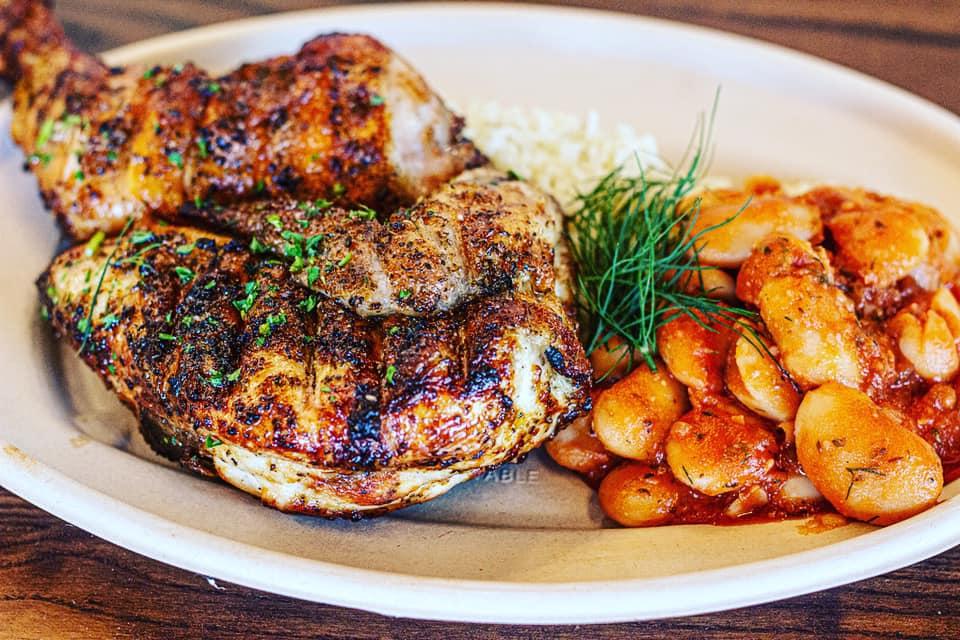 Ilios Crafted Greek is a fast-casual Greek eatery located that opened in South End in 2020. They believe in bringing guests fresh, healthy, authentic and crafted Greek food in a casual environment. As the sister restaurant to Ilios Noche, this location encompasses the authentic Greek meat cooking process and the simplistic seasonings and ingredients of true Greek food, simply in a more casual setting. Targeted toward millennials, the menu boasts a “build your own” feel with salad, pita and “spit-fired souvla and oven” categories, signature sauces, mezes and sides.

Must order: Greek Rotisserie Half Chicken 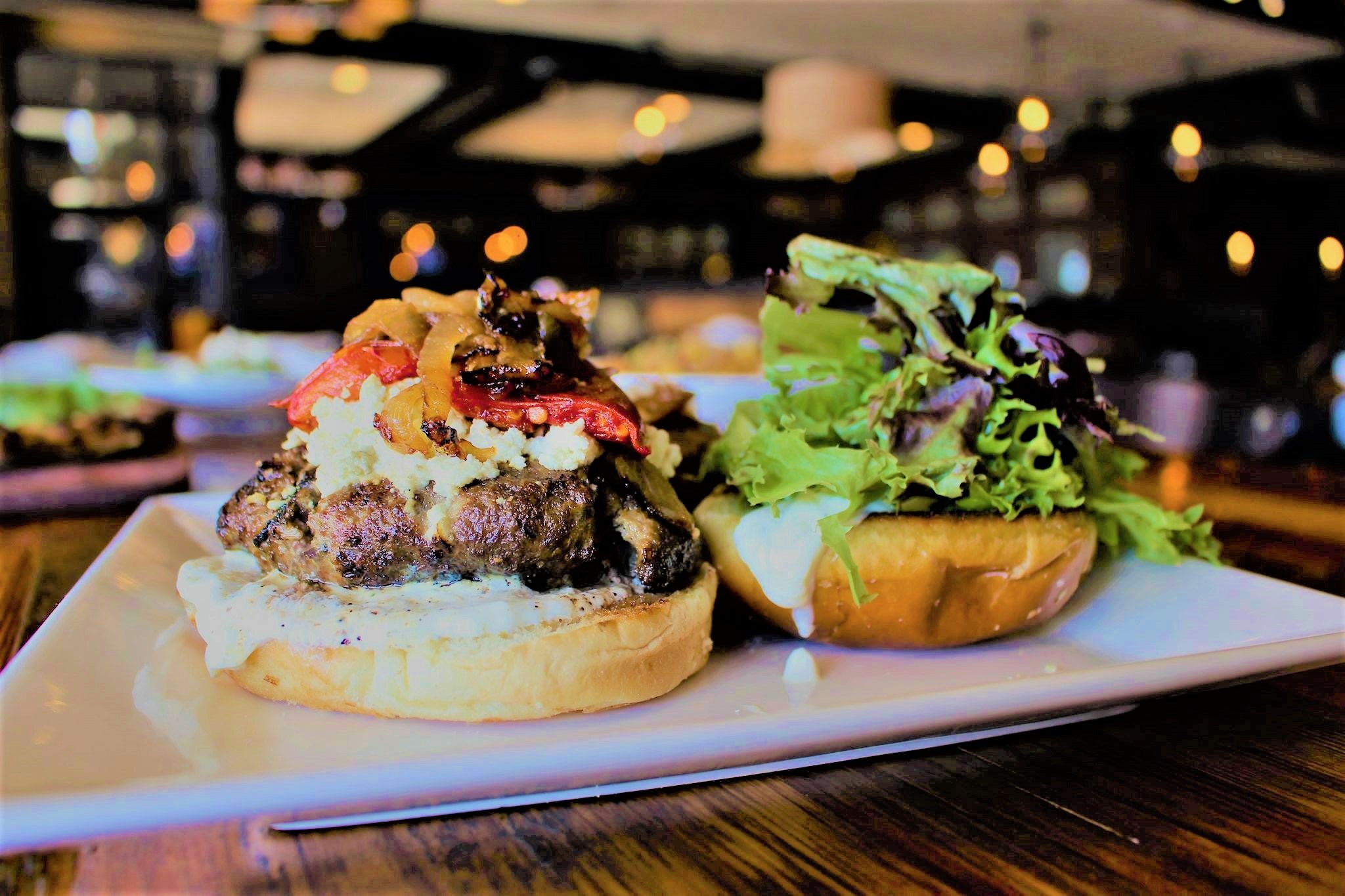 Ilios Noche is an upscale Mediterranean inspired dining concept with two locations in the Charlotte area, Rea Village and Quail Corners. Open since 2003, the restaurant prides itself on serving delectable dishes, house made breads, desserts and pastries in a relaxed yet upscale setting. The menu features dishes like grilled octopus and chicken souvlaki, braised lamb, fresh fish and boutique pizzas using locally sourced ingredients, fresh vegetables and spices. As they say, “with a menu that changes with the seasons, your palate is sure to be delighted.”

Located on East Boulevard, Kid Cashew is an urban farmhouse featuring wood-fired grill menu items inspired by Mediterrean farmers and butchers. Their team prides themselves on sharing flavors and laughter. “Our privilege is to stay as close to Mother Nature as possible,” says Giorgio Bakatsias, proprietor and James Beard nominated best restaurateur. Specialties of the menu include house made tzatziki and hummus, Spanish octopus (what they call “the greatest burger you’ll ever taste”) and meats right off their rotisserie and wood-fired grill. In addition, the beverage menu includes cocktails influenced by herbs and wines from the Mediterranean and California.

Village Grill specializes in a variety of salads, gyros, pitas and subs. Known for their large portions, fresh ingredients and big flavors (especially for the price), this is one of the most affordable places in Charlotte to enjoy Greek food. Fun fact: Some of the gyros – the pork, lamb and beef gyros to be exact – come with fries on them. What more could you ask for? 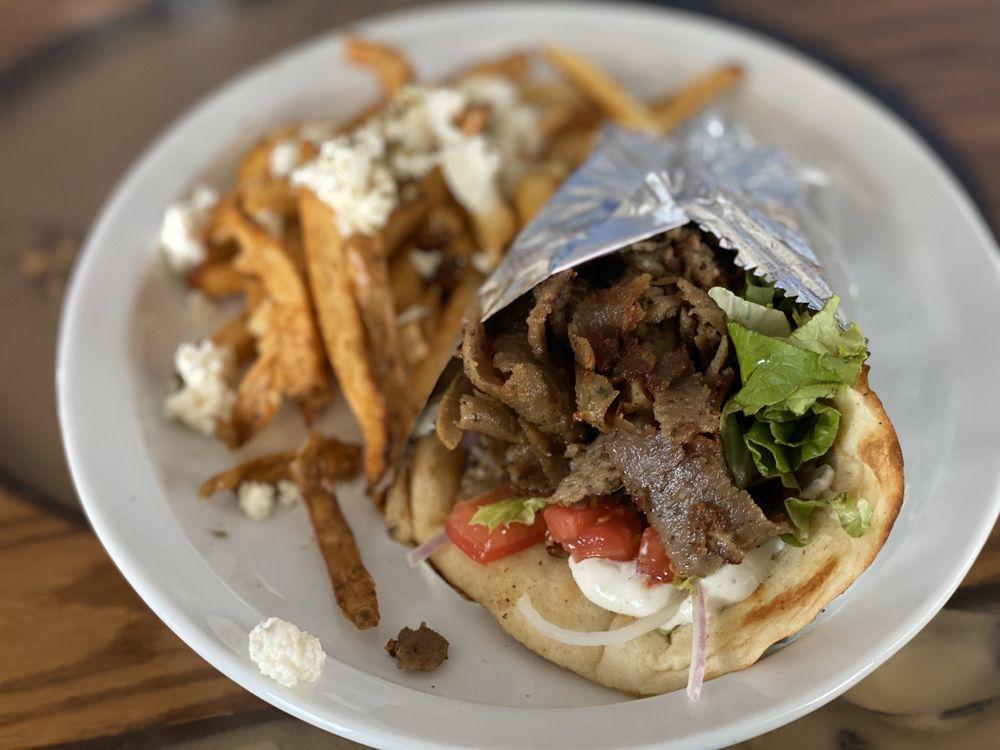 Photo courtesy of The Mad Greek of Charlotte

Family owned and operated since 1991, The Mad Greek of Charlotte serves “truly authentic Greek food” on South Boulevard, between Tyvola Road and E. Woodlawn Road. The menu boasts traditional Greek dishes and American favorites including top sellers such as the Mad Greek Salad, Baklava, the Gyro Pita and Village Pork Salad. If you are feeling adventurous, they also pride themselves on having the only Falafel Burger in Charlotte.

Established in 2011, Nefelie’s serves Mediterranean style dishes, steaks, gyros and salads. In addition, they also have a variety of homemade desserts. As the story goes, named after the cloud goddess in ancient Greek history who Zeus made in the image Hera, now “she” a.k.a Nefelie, is in the heart of Charlotte to serve you. Top sellers include Saganaki, Jumbo Shrimp and the Pork Chop. 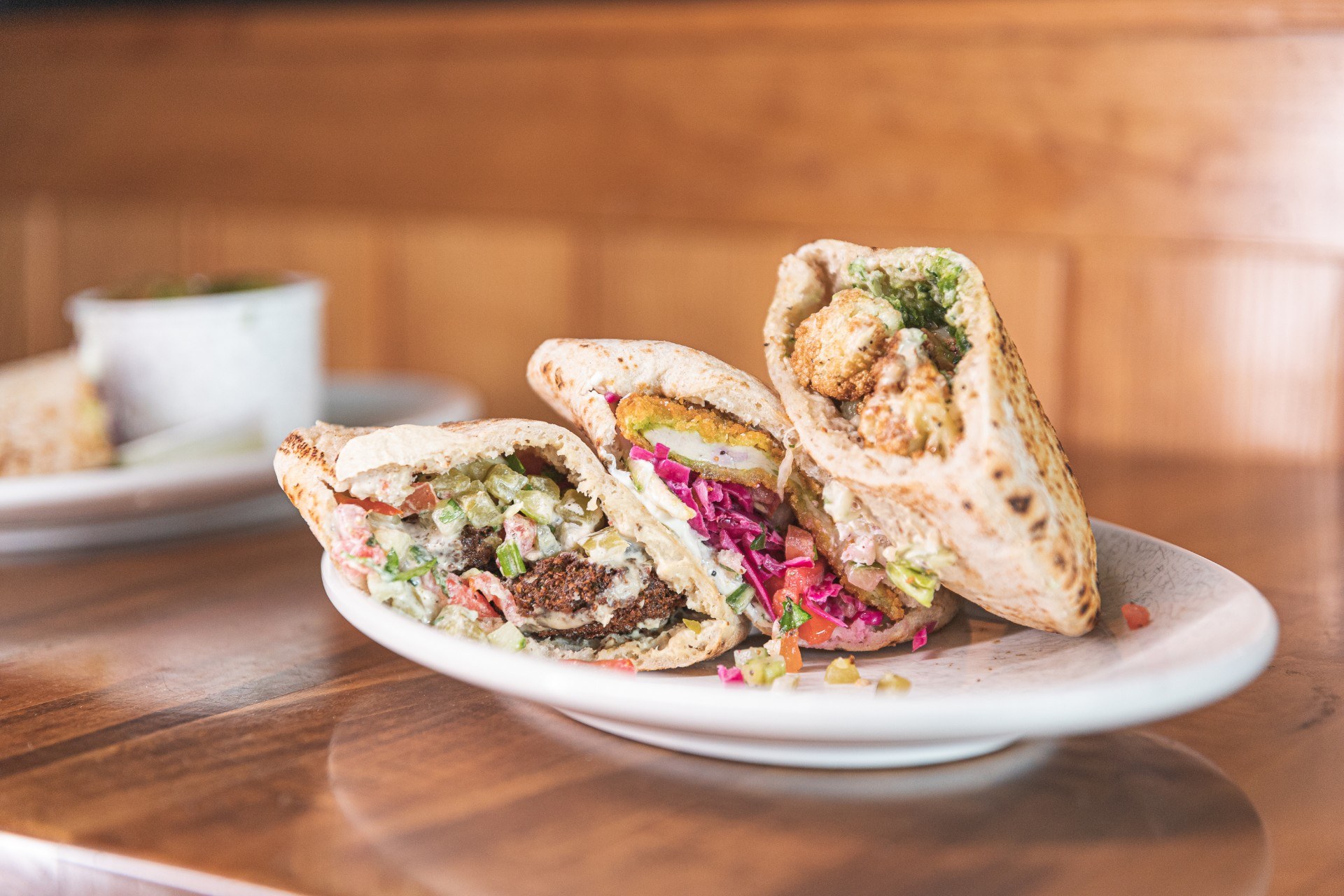 Must order: Israeli Hot Chicken with a side of Greek Yogurt Mac & Cheese

Zeitouni’s Mediterranean Grill serves up a selection of appetizers, sandwiches, platters and salads. With the slogan “Experience Old World Meditteranean in Every Meal,” patrons can expect the classics such as falafel, shawarma, gyros and labneh. Fun fact: They also carry specialties like Lebanese beer, Lebanese wine and Turkish coffee. 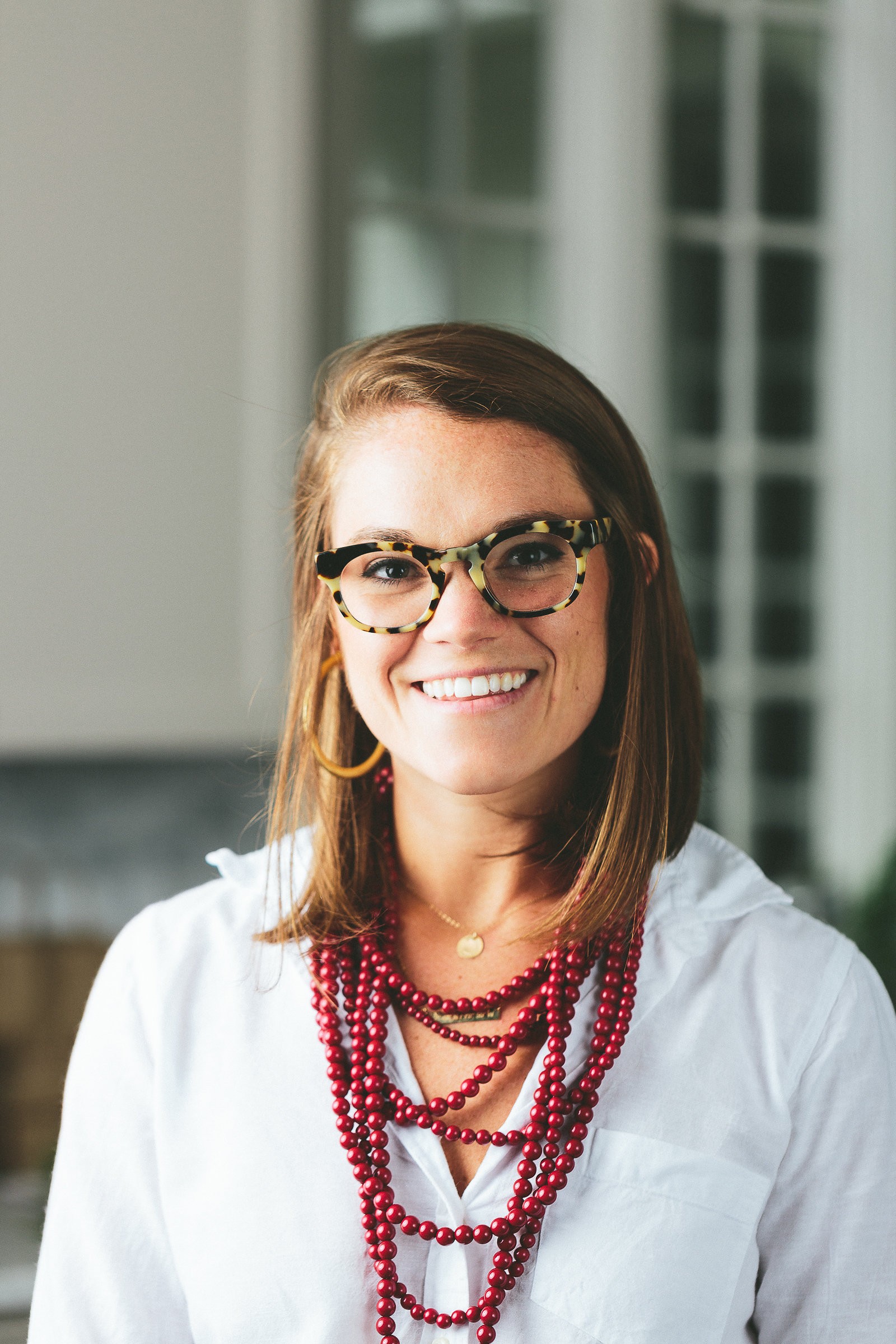 Originally from Atlanta, G.A., Callie Langhorne (@callielanghorne) attended The University of Georgia where she earned a Bachelor of Arts in Journalism in Advertising and minors in Spanish and Communication Studies (go dawgs!). In her spare time, you can find Callie in the kitchen cooking out of an Ina Garten cookbook or on a walk with her springer spaniel, Murphy, and husband, Chase. 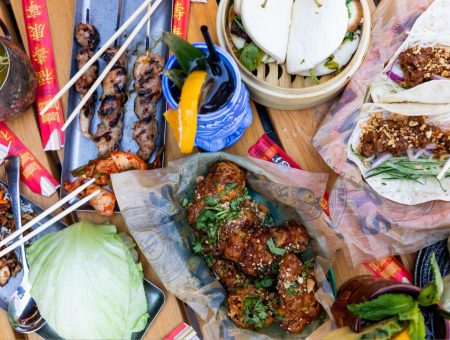 Eat & Drink
Your Guide to Breakfast in Charlotte 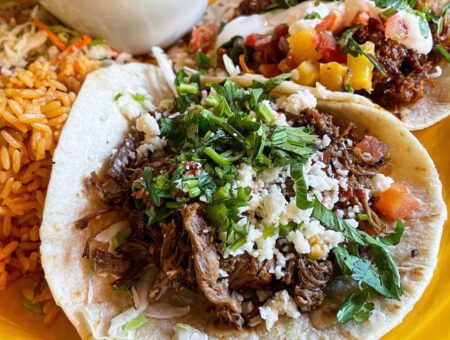 Eat & Drink
Your Guide to Mexican Eats in Charlotte