12 Ideas to Plan a Night Out on the Town

We’ve got a dozen Queen City nightlife options paired with some of our favorite nearby restaurants to help you plan your next night out in the Queen City.

Whether you’re interested in experiencing live entertainment at one of Charlotte’s world-class venues, treating your sweetheart to a romantic evening, or exploring the personalities of our historic neighborhoods, there’s a late night adventure for everyone. 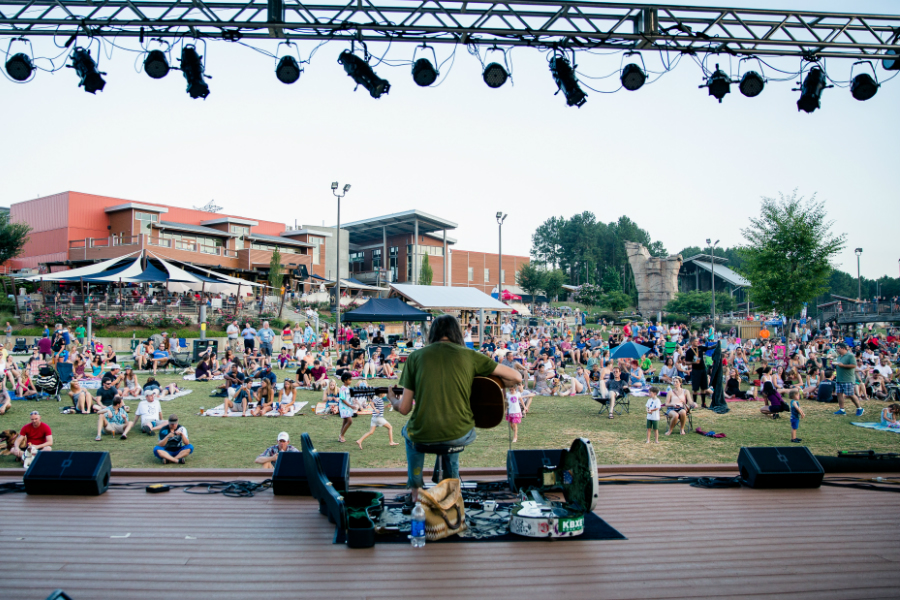 From May through September, get outside and enjoy live music on Thursday and Saturday nights at River Jam, the U.S. National Whitewater Center’s weekly concert series. Before jamming out with your friends, explore flavors native to North Carolina with a three or five-course dinner at Heirloom Restaurant (seven, nine and 12-course dinners are also available). Heirloom’s menu changes daily, featuring the freshest fare from local North Carolina farmers, foragers and growers. 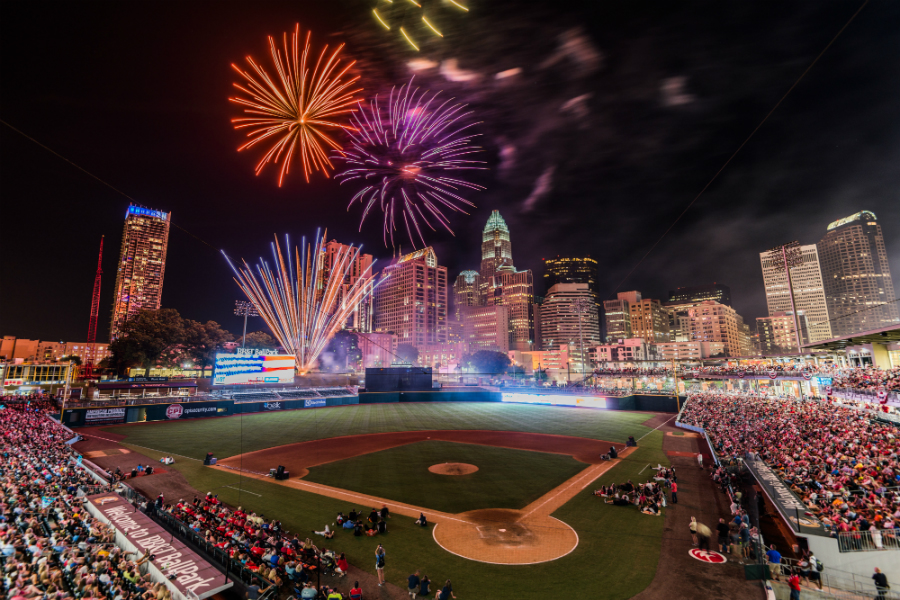 Catch a Charlotte Knights AAA baseball game at BB&T Ballpark. Before the game, chow down on a white trash burger and fried pickles at Pinky’s Westside Grill or get your Southern food fix with an order of soul rolls from Mert’s Heart and Soul, packed with fried chicken, black-eyed peas and collard greens wrapped up in an egg roll. On Friday nights, stick around for fireworks after the game and take a stroll through Romare Bearden Park. 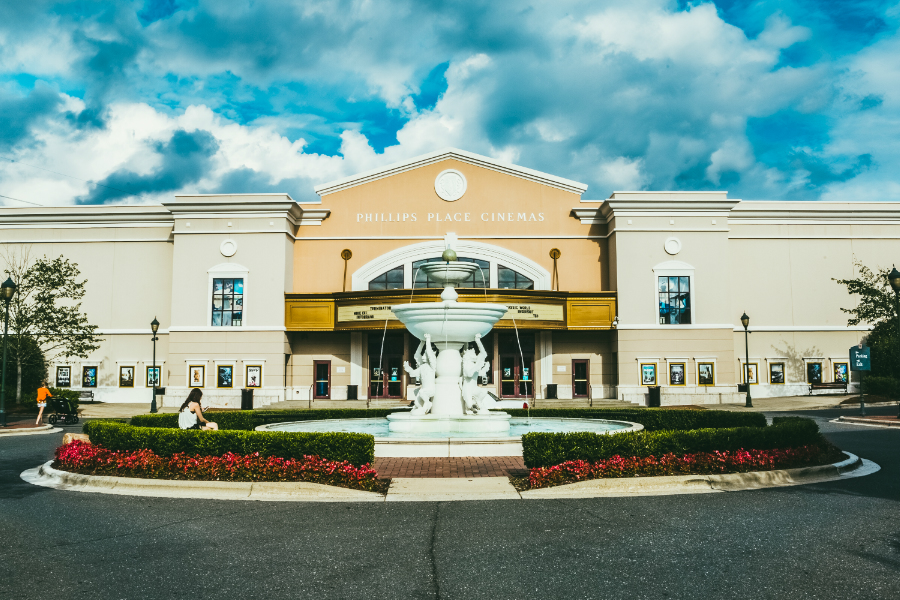 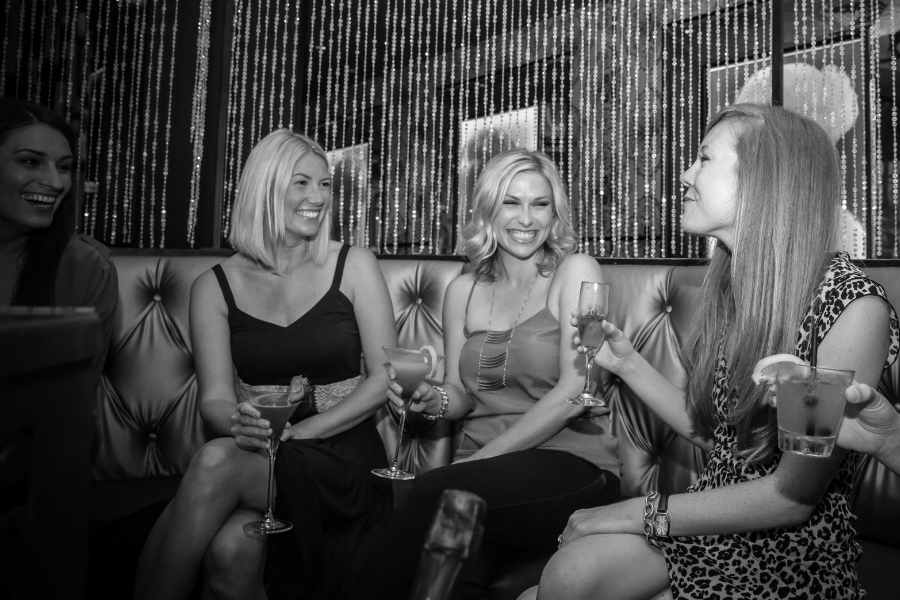 Drinks and Dancing at the EpiCentre

Dress to the nines and head out for a night of drinks and dancing in Uptown Charlotte. Start your evening with Blackfinn Ameripub’s sautéed shrimp and bacon-goat cheese grit cakes before plotting your route through the EpiCentre and dance the night away at Suite or Whisky River. If you’re in the mood for live music, head up to Tin Roof or share buckets of spiked punch with your friends and sing along with dueling pianos at Howl at the Moon. 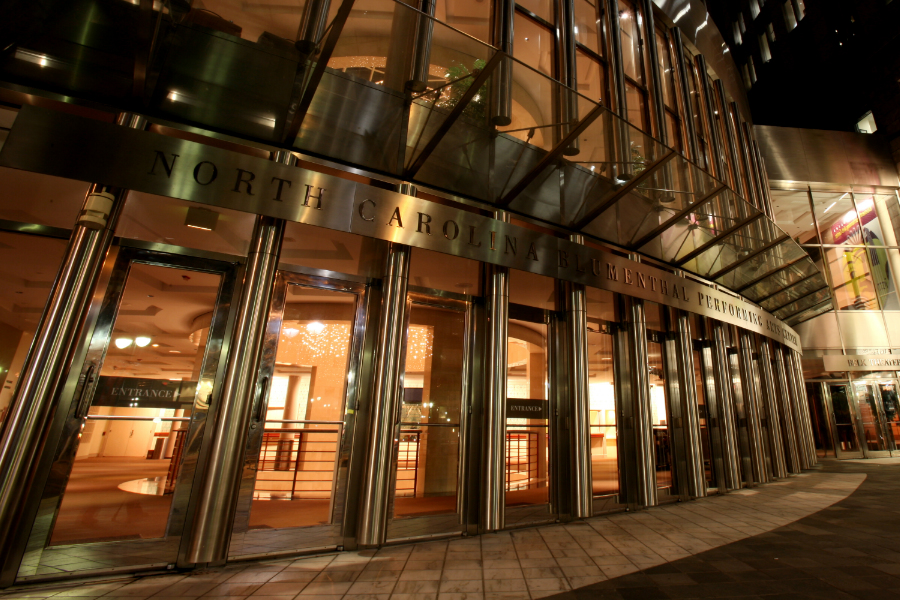 Dinner and a Show at Blumenthal Performing Arts Center

Take in a Broadway show, concert or comedian at Blumenthal Performing Arts Center. For your pre-show meal, head to Rooster’s Wood-Fired Kitchen for the beef short ribs or duck confit. For a lighter option, try the Cobb salad at BLT Steak, topped with tender lobster and crispy fried shallots. After the curtain call, take the elevator up to the 15th floor at The Ritz-Carlton and relax in The Punch Room with a creative cocktail and a snack of duck sliders with date “ketchup.” 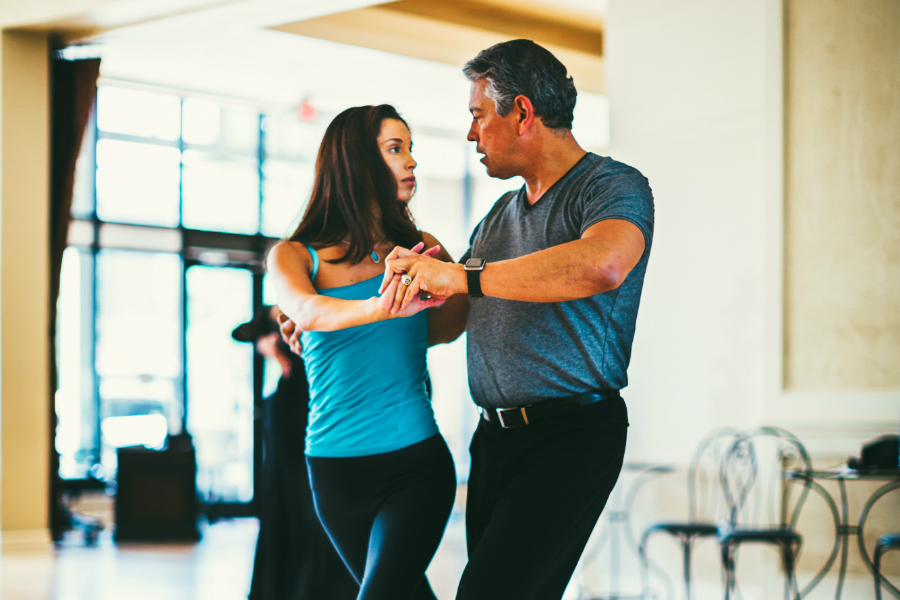 Put on your dancing shoes for a class or lesson at Queen City Ballroom where you can spend the evening learning how to waltz, tango, foxtrot and salsa. Extend your elegant evening with a succulent petit filet accompanied by twin lobster tails at Ruth’s Chris Steakhouse. 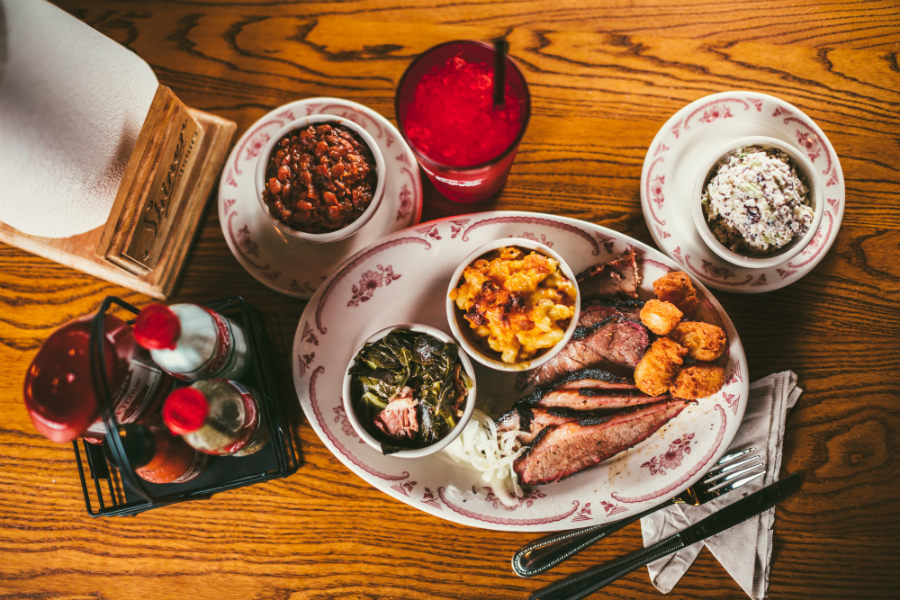 Eat and Play in Plaza Midwood

Spend an evening exploring Plaza Midwood’s watering holes like Thomas Street Tavern, Snug Harbor and Workman’s Friend. Start your evening with classic Carolina ‘cue and bacon wrapped jalapeños at Midwood Smokehouse. After bar hopping, groove to the DJ’s beats at Soul Gastrolounge while sipping on a cool cocktail and sharing an order of pork belly tacos. 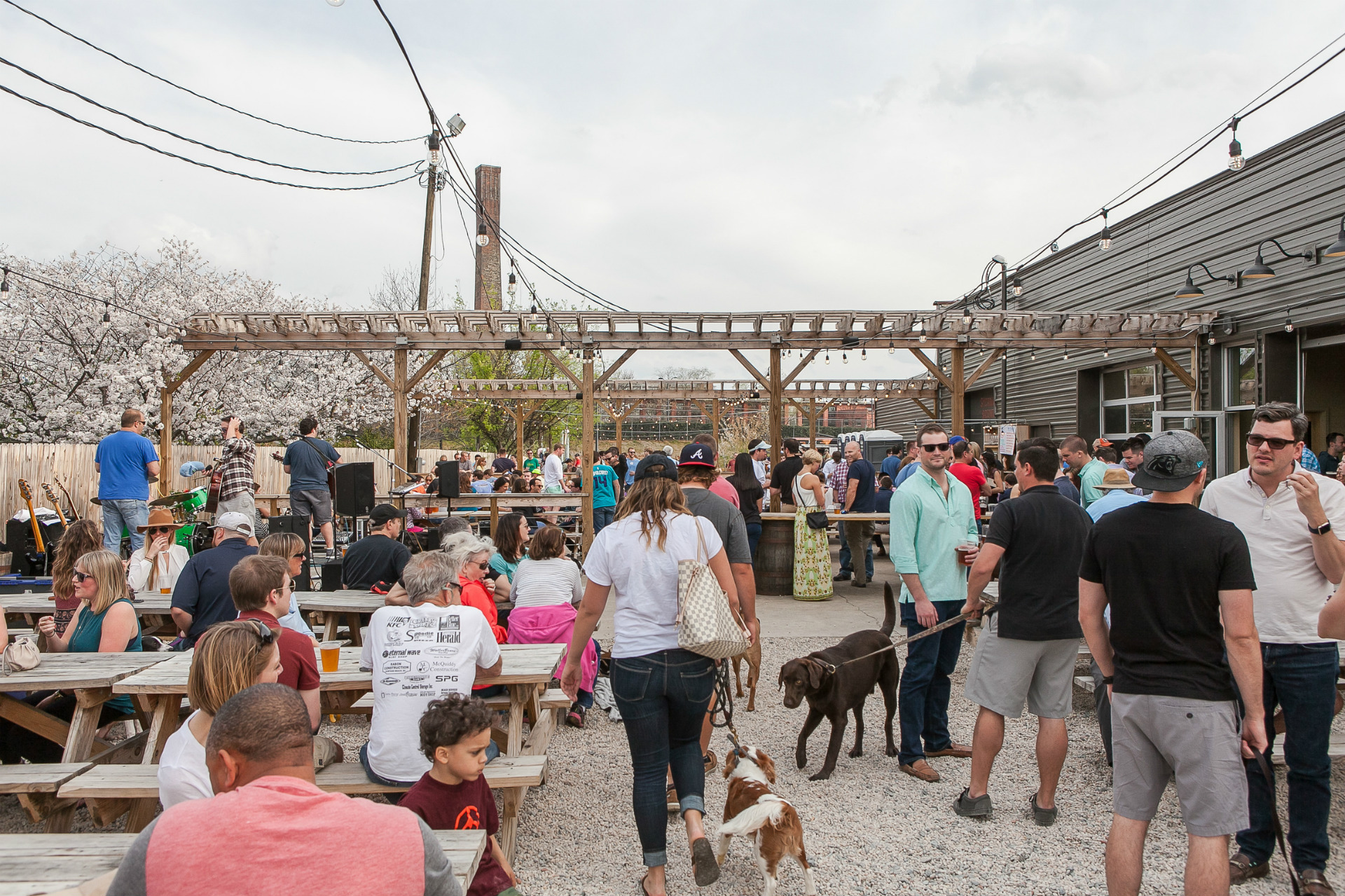 Stop by for a few pints of local craft beer at breweries in South End like Triple C, Sycamore Brewing, Wooden Robot, Unknown and Lenny Boy. 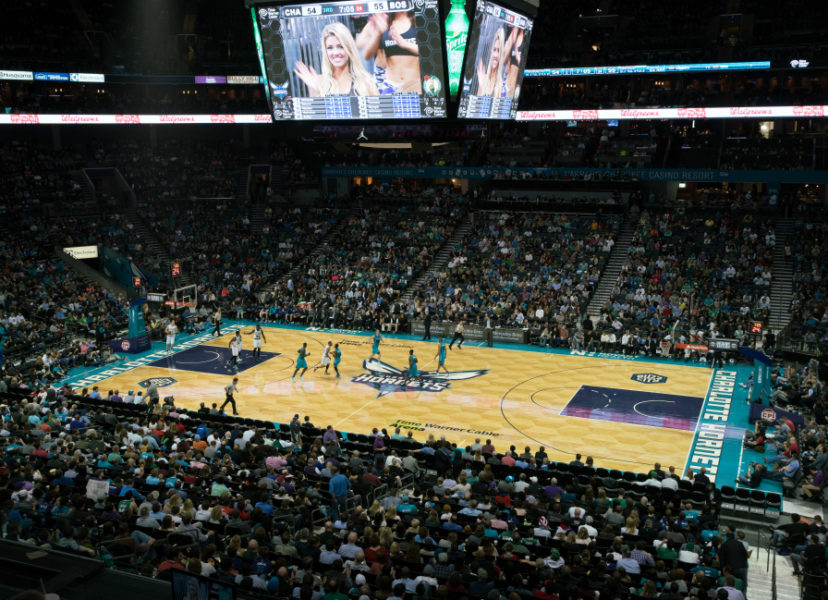 See the Stars at Spectrum Center

The Hive is always alive, whether it's Charlotte Hornets basketball games or sold out concerts with national touring artists, you can catch star-studded events at the Spectrum Center. Before the event, grab dinner at 7th Street Public Market, which is guaranteed to have something for everyone in your group. 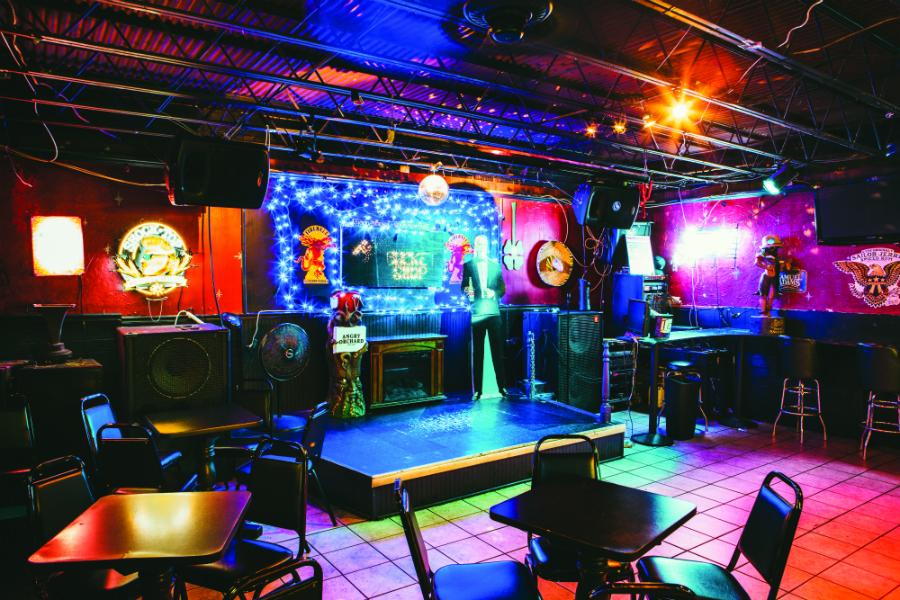 Bowling and Karaoke on Montford Drive

Before a night of bowling at 10 Park Lanes and karaoke at the legendary Jeff’s Bucket Shop, stop into Moosehead Grill for an order of Uncle Donnie’s blackened chicken wings, a local favorite, or share the Korean beef and other tapas with friends at Good Food on Montford. 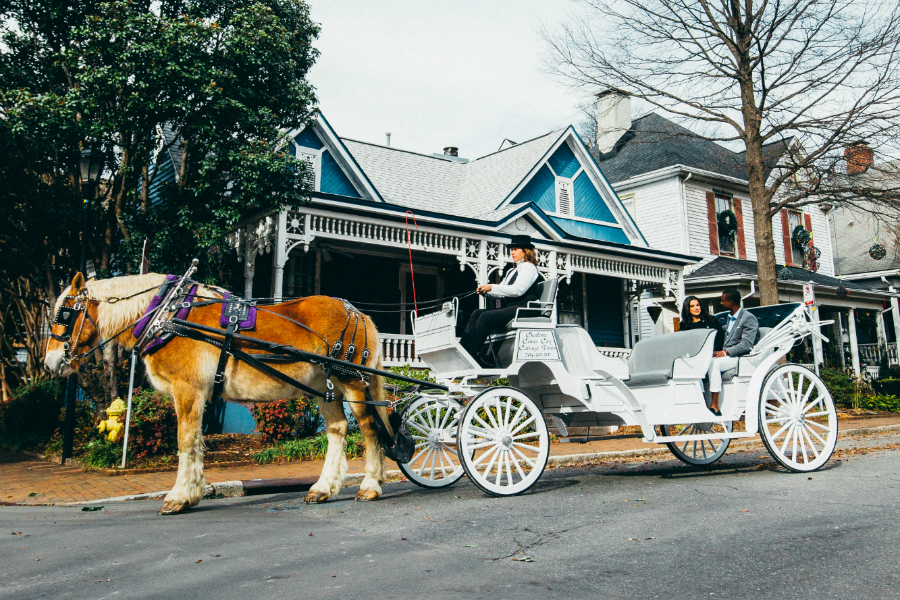 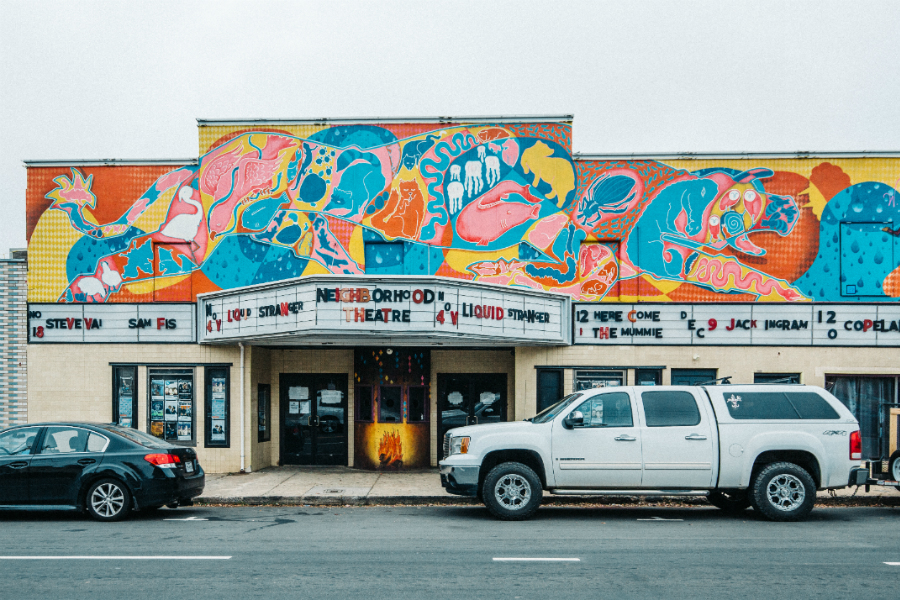 After Hours Shenanigans in NoDa

Discover a new band or see one of your local favorites at the Neighborhood Theatre or The Evening Muse. Pregame at Growlers Pourhouse with a craft beer and fuel up across the street at Saborwith a heaping order of their Carne Asada Fries. Still up for fun after the show? There’s always a party and plenty of games to play at The Blind Pig. If you’re craving late night eats, the kitchen at Jack Beagles serves food until 3 a.m. Friday and Saturday nights.

Things to do
She Hustles: Women-Owned Businesses 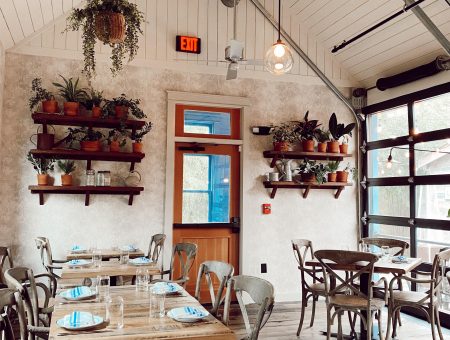 Things to do
How to Spend 48 Hours in Charlotte 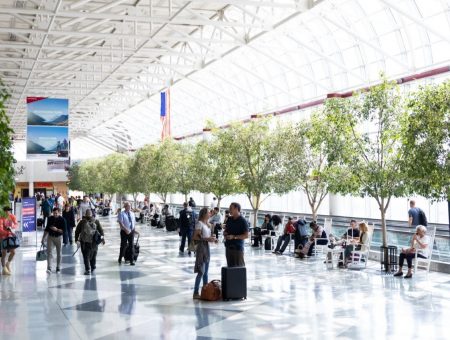 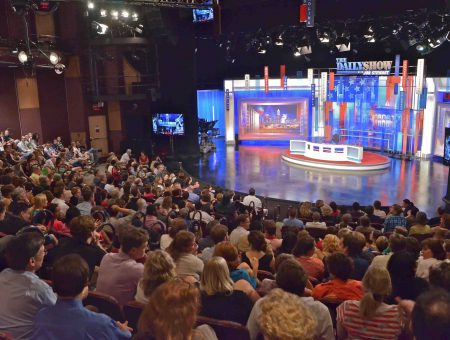